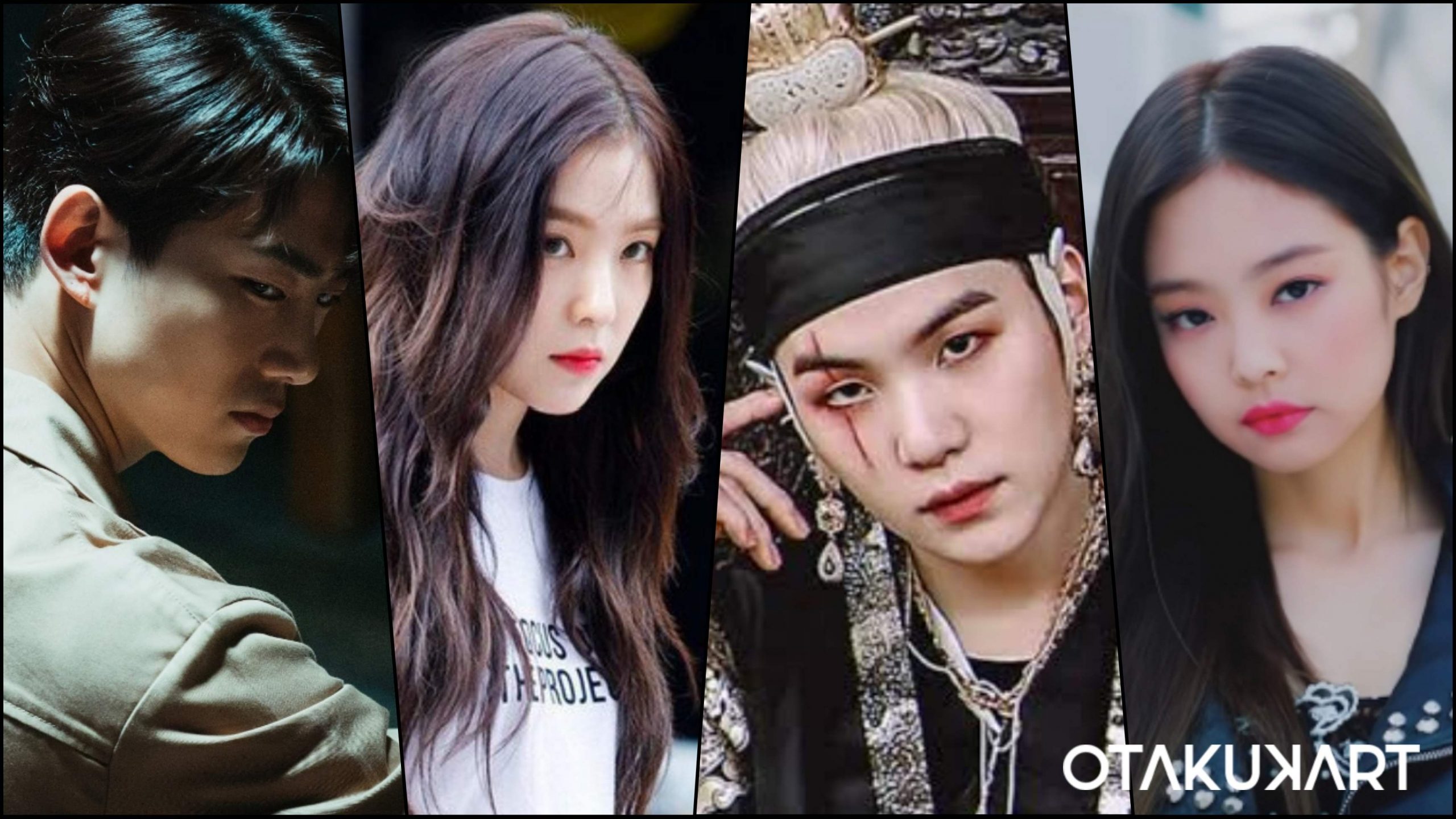 The Korean entertainment industry is a globally recognized platform for producing some of the deadliest villains that can straightaway melt you with their death glares and creepy smiles. From time to time, we have come across unforgettable antagonists like Head Nurse Park Haeng Ja of ‘It’s Okay to Not Be Okay,’ played by Jang Young Nam, Seo Moon Jo of ‘Strangers From Hell’ played by Lee Dong Wook and Joo Dan Tae of ‘The Penthouse’ played by Uhm Ki Joon. Ever imagined how amazing could such strong and powerful roles be portrayed if our favorite K-pop idols had taken them up? Although some of the K-pop idols have pursued acting alongside their music career, there are many undiscovered gems who can be potential K-drama villains!

Here are the top eight K-pop idols who can nail the portrayed of negative characters with their expressions. Please note that we are not being disrespectful to any of them in any way, and these are just our raw opinions.

If it was not for his dislike for acting, BIG BANG’s G-Dragon would definitely have been a part of various acting projects by now! So far, we have only been able to see him acting a little in his music videos and in a mini-movie titled ‘Muhan Company’ created by the variety show ‘Infinity Challenge’ in which he plays the character of a handsome CEO who suffers from some mental problems. 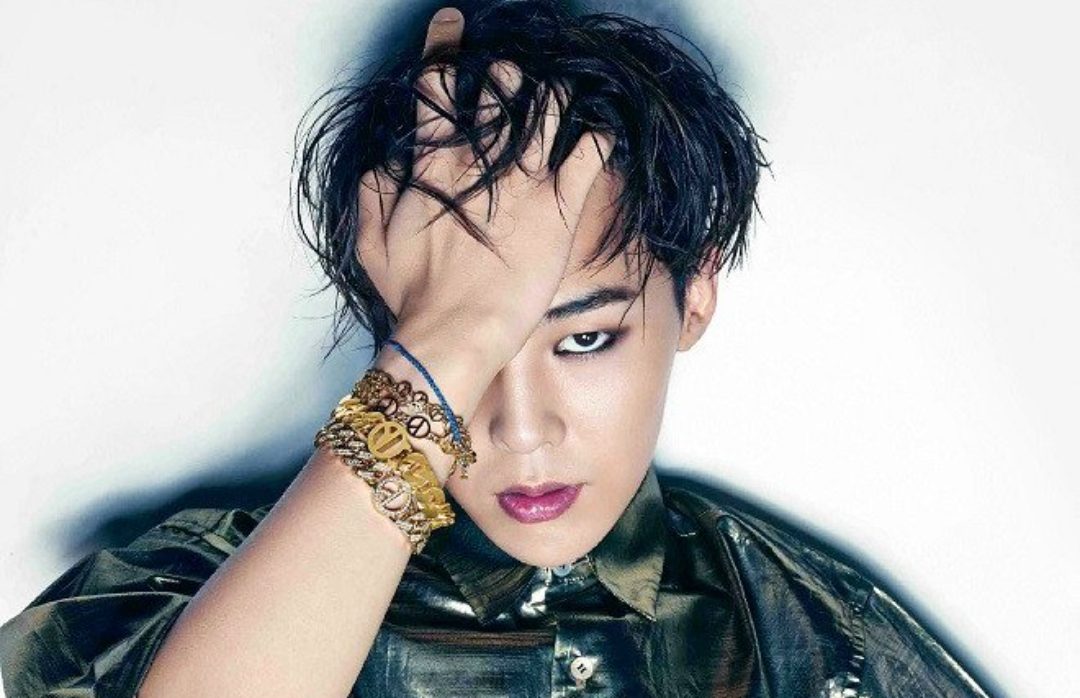 Coming from a K-pop group known for their masculine and dashing looks, G-Dragon has a face and charisma that perfectly fits the roles of evil guys. For instance, in the video, the way his face screamed how he is ready to kill the next person he sees has won the hearts of the masses. Let’s hope G-Dragon considers acting at least once in his life. That would be such a real treat for all his fans!

Listing down the potential villains of K-dramaland and not mentioning Red Velvet’s ‘Ice Princess,’ Irene, is like talking about the best K-Pop boy groups and avoiding BTS. The face and personality she has definitely exist for her to take up the cold and icy anti-heroine characters! With her flawless visuals, hard exterior, and intimidating expressions, Irene just gives the vibes of a potential K-drama vamp who can simply devour your happiness with an eye-blink. 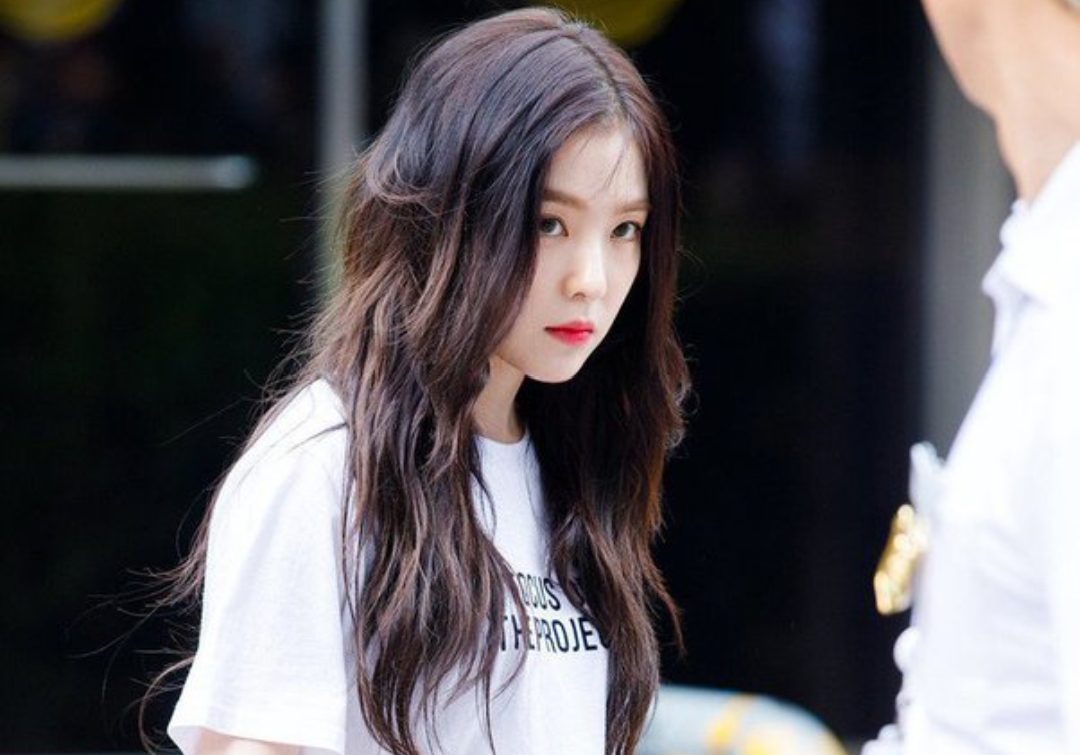 Remember when NCT’s Doyoung expressed how he and other trainees used to refer to her as the ‘Scary Sunbae’ and avoided her room in which she practiced? That’s how cool and electrifying her presence is!

Big Bang is not just Asia’s best-selling group of all time but also the leader of producing some of the most incredible and all-rounder K-pop artists. As a second-generation K-pop idol, T.O.P had made his acting debut all the way back in 2007 and impressed the audience with his amazing skills. He has his contribution in K-dramas like ‘Iris’ and movies like ‘Tazza: The Hidden Card’ wherein he plays the characters of an antagonist and a gambler, respectively— roles that do justice to his manly facial features, sharp eyes, and tall physique. 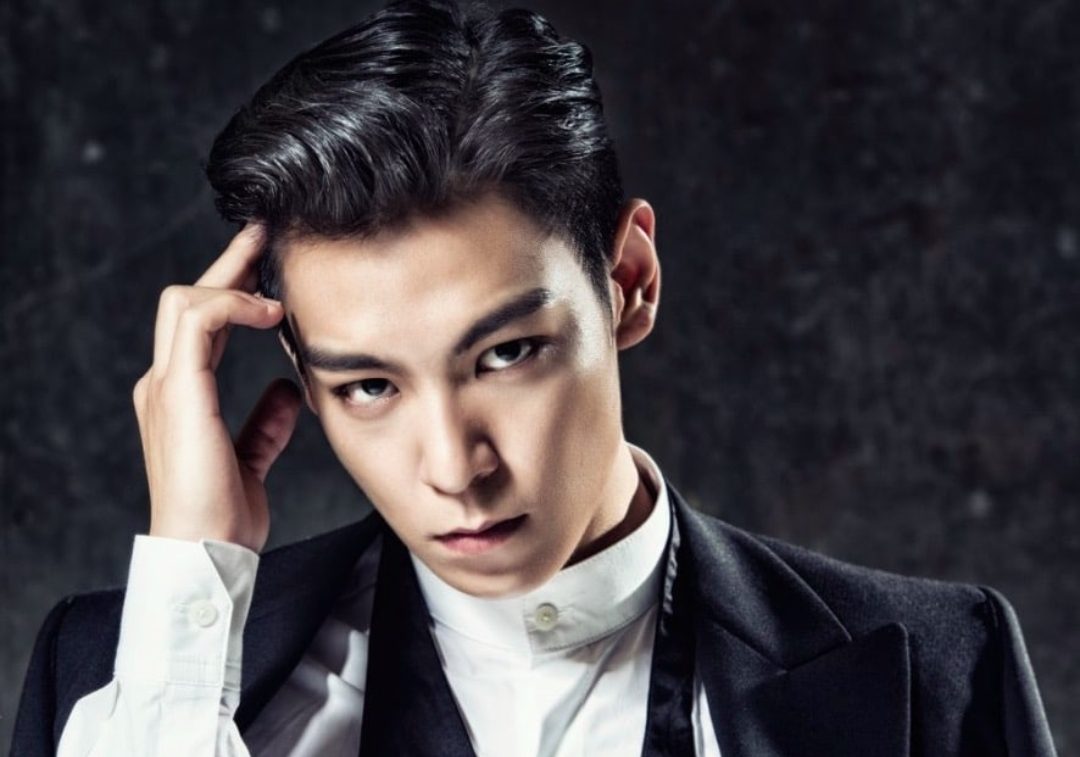 Not to mention his deep and sexy voice that serves as the chef’s kiss, all of which makes him the perfect person to take on the role of a villain. We really want to witness him in another dark and evil character like Vick from ‘Iris,’ don’t we?

Even if you think you can survive the death glares of every K-pop idol on this list, you definitely have no chance against the badass queen, CL. A stare from CL, and you will be burnt into ashes. That’s how strong her aura is! And why not? After all, she is one of the best rappers in South Korea of all time! Her eyes, in general, look very sharp and mysterious, and the energy and charisma she puts on the stage are unparalleled. 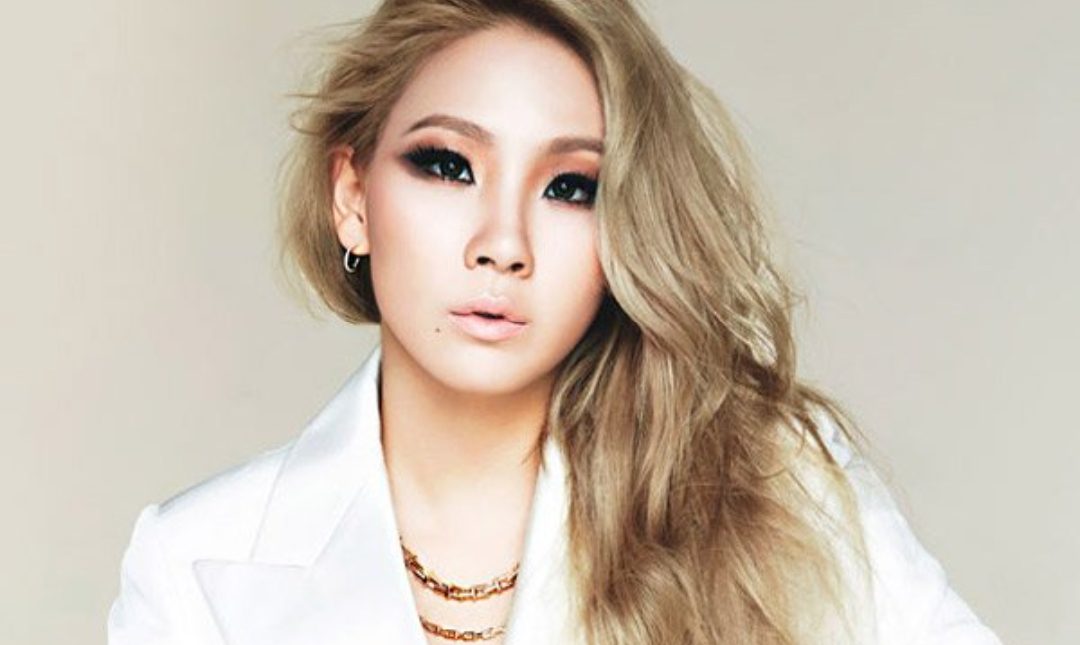 A confident fashion icon wearing bold makeup— maybe she can pull off a villainous character on the screens as well! Well, since she has already been a part of some acting projects, we wouldn’t be surprised if she takes up acting seriously. And when she does, it better be a negative character!

Also Read: Top 10 Most Beautiful Female K-pop Idols of 2022 from IU to Lisa of Blackpink

We never knew Ok Taecyeon from one of the most-loved second-generation K-pop groups, 2PM, could play the character of a sociopathic killer with his charismatic and adorable face before he actually did it through the 2021 law crime thriller, ‘Vincenzo’! He plays the character of Jang Jun Woo, a naive and funny intern at the top law firm of South Korea who later turns out to be the leader of the corrupt Babel Group, Jang Han Seok. 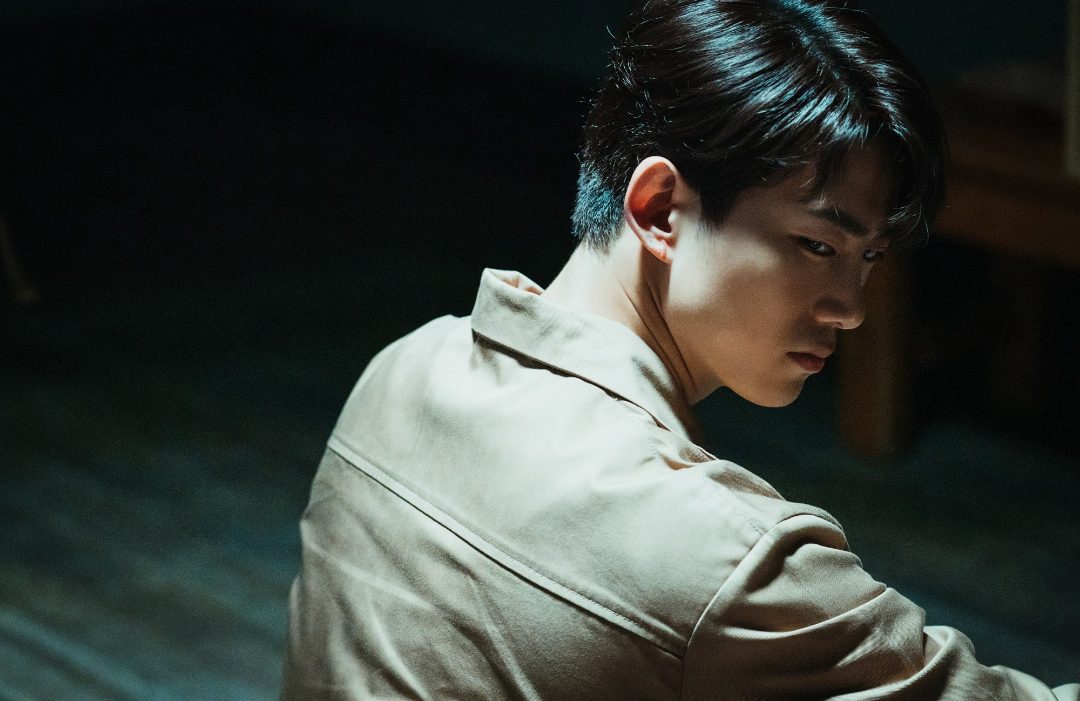 We have seen various shades of acting by idol-actor Ok Taecyeon, including ‘Bring It On, Ghost,’ ‘Save Me,’ and ‘Dream High,’ but his portrayal as the crazy and hot-headed villain in ‘Vincenzo’ is by far the most significant as well as popular in the K-dramaland. His chiseled physique, which he worked hard to gain in the initial years of his K-pop career, is one of his most-gushed about things ever which complements his sinful, wicked expressions like no other.

We wonder if we will ever get the opportunity to see Suga acting in a proper drama or movie, for he has always been loyal to his music career as a rapper, lyricist, and record producer. Not that we are complaining, but we aren’t the only ones who want him as an actor, too, are we? After watching him in one of BTS’ cinematic products playing the character of a rebellious and careless young man, we cannot help but imagine how excellently he can express his emotions as a villain! 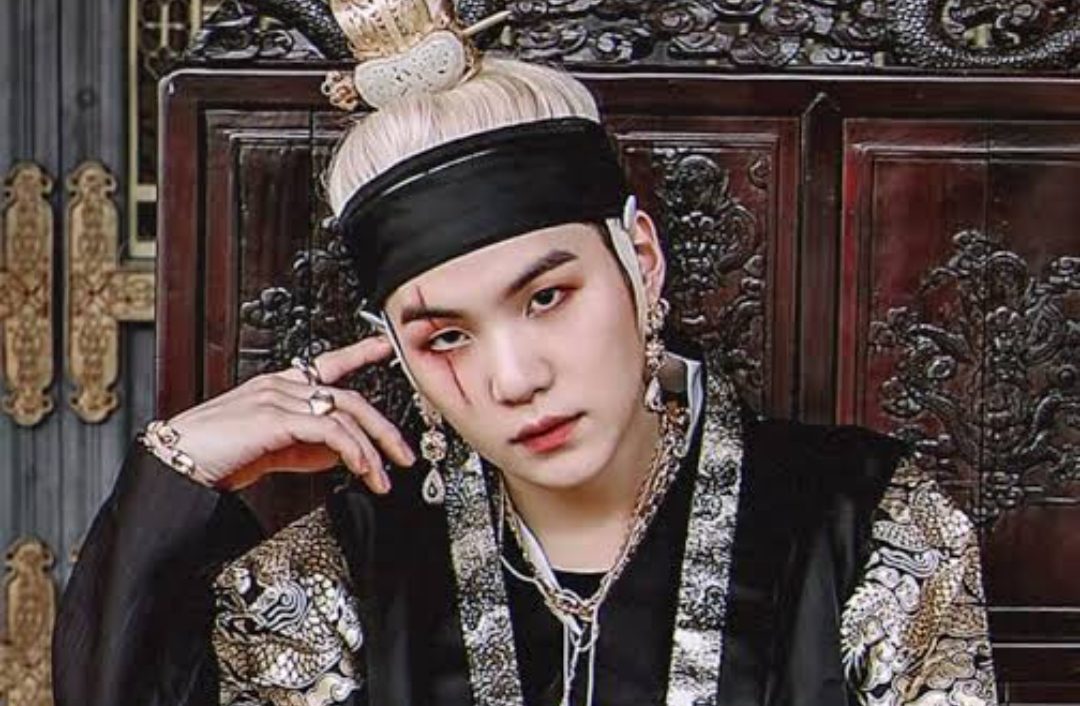 Suga is a cupcake and big softie from heart, especially when it comes to his family, other BTS members, and his fans but also doesn’t refrain himself from giving savage replies to deserving people. Suga always has those “done with the world” expressions on his face who can kill the haters with just a glare. Can someone convince him to act in a negative role already (Insert Pleading Emojis)? He is definitely one of the K-pop idols who can be a potential candidate for K-drama villains.

If Jennie’s strong stares and expressions aren’t fit for the character of a villain in a historical drama, what else is! Jennie is one of the most popular K-pop idols globally, and the discussions about her unparalleled duality have never once left the chat. She carries that girl crush image with her wherever she goes but can turn into a badass person from a sweet and innocent-looking one as soon as she steps on the stage to perform. Her on-stage persona is extremely sultry and powerful, especially if it is accompanied by her cat-eyed glare! 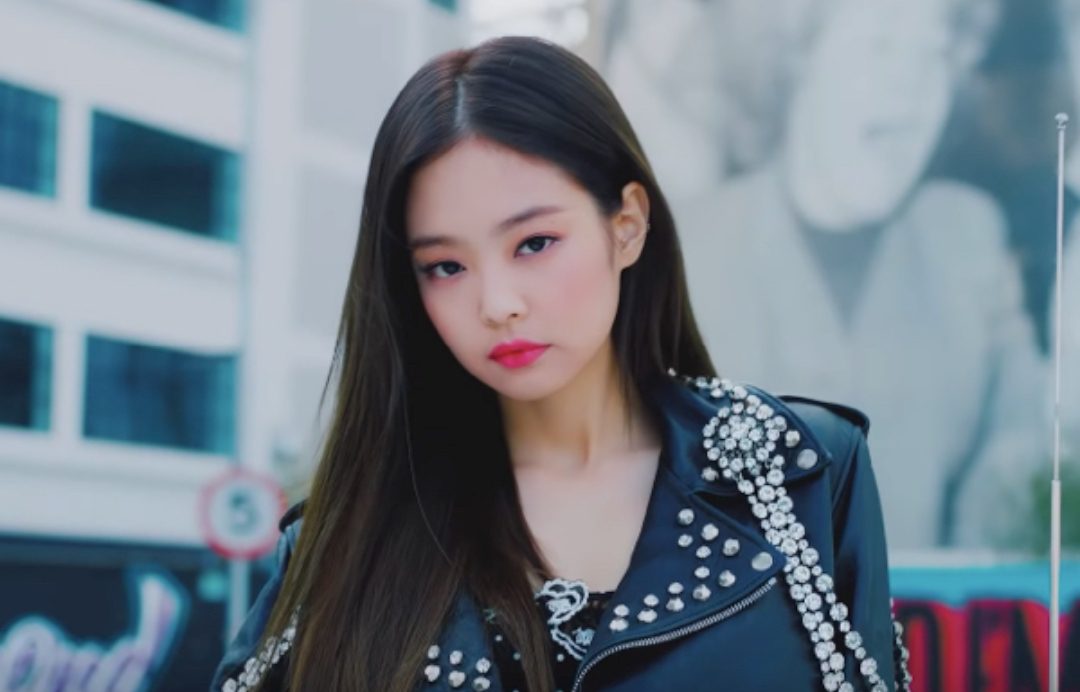 Back in 2019, she became a part of an advertisement for hotels and resorts in South Korea, but within just 15 seconds, she made the spectators awestruck with her traditional hanbok look. With her show-stealing charisma and charm, Jennie can easily fit into the shoes of a powerful villainous character.

Hands down, EXO’s D.O, aka Kyung Soo, is the king of giving the fiercest death glares among male K-pop idols. He seems to have that expression on his face almost all the time during the interviews and variety shows. It might seem like he is angry or annoyed during those situations, but in reality, he just has poor vision and has to squint for a clearer vision with his glasses off. But with such natural but intense expressions, it would be a piece of cake for him to be cast in the role of a sociopathic killer or the crazy hacker who has brought down the world using his tech knowledge! 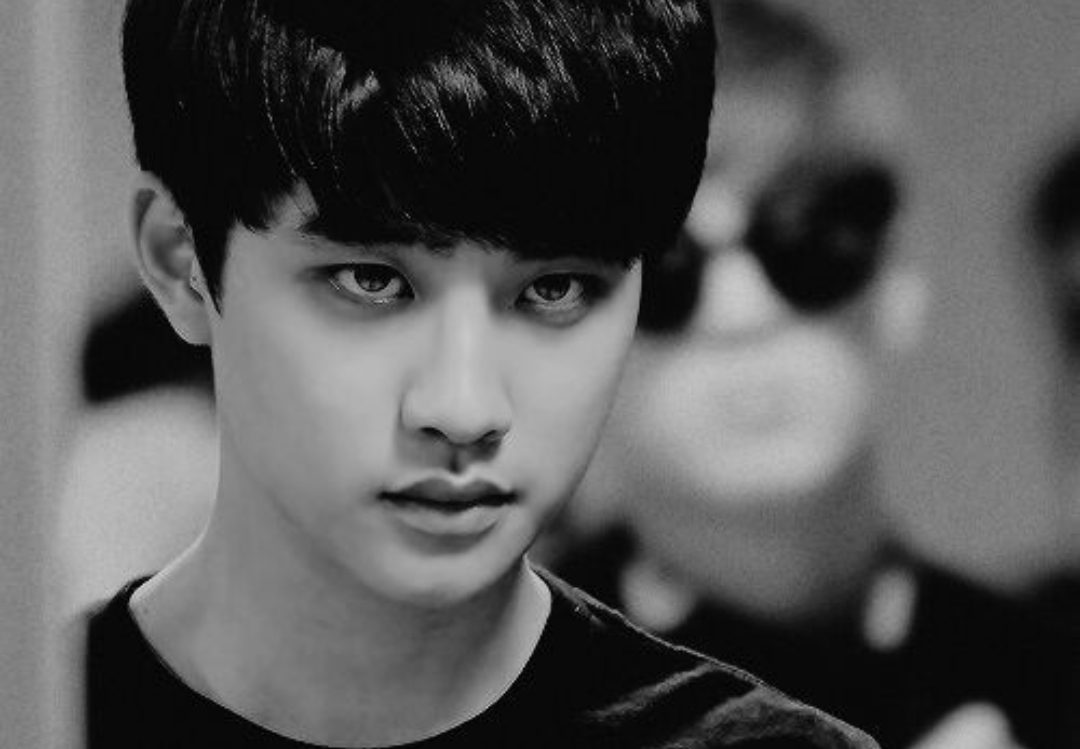 In fact, D.O has already made a guest appearance in the 2015 K-drama, ‘I Remember You,’ playing the role of an evil character and making the spectators shudder with his scary looks and evil smile! As one of the few K-pop idols who is considered to have good acting skills, D.O should absolutely challenge himself with more significant villain roles for future K-dramas or movies.