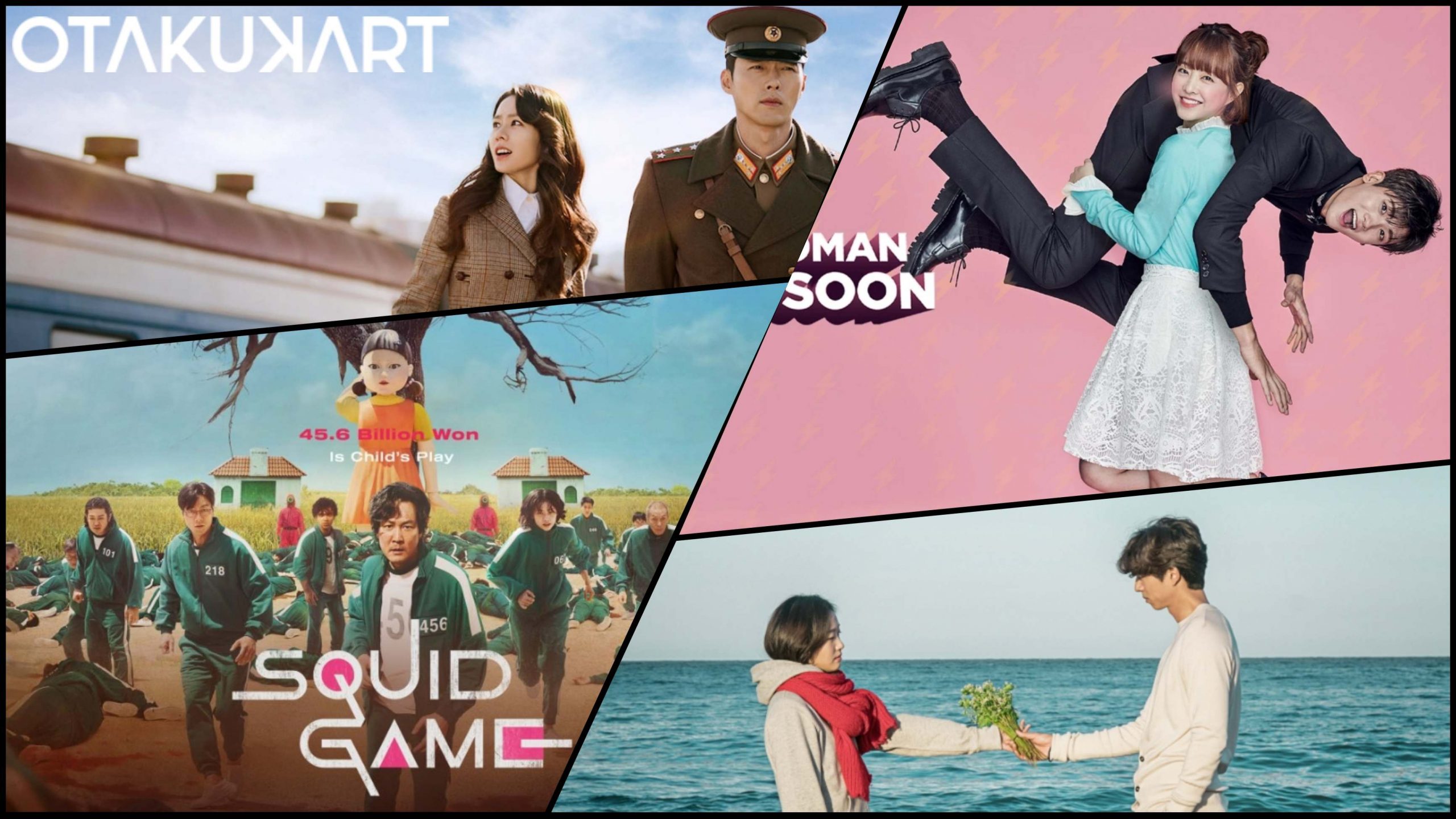 Remember those days when you were the only person in your friend circle who used to watch K-dramas and had no one to talk to about it? It definitely was very frustrating, wasn’t it? We have been there too! Even now, numerous people across the world are obsessed with watching Asian dramas but are considered “different” because of being in the minority section. Thanks to the growing list of people who are gradually shifting their focus on trendy K-dramas, even if it’s because of their fear of missing out.

That proud moment when a friend watches a K-drama you have recommended and can’t stop praising it! Well, you are doing them a favor by introducing them to such masterpieces! However, it is extremely important to introduce the right K-dramas to your non-Kdrama watching friends, which they can find compelling and addicting.

Here are our top picks of the best Korean dramas to recommend, category-wise, to your uninterested friends for you to have a drama partner with whom you can share your obsession. Without making this longer, let’s get started!

‘Boys Over Flowers’ is a classic K-drama tale about a poor girl named Geum Jan Di who is bullied by a group of four boys, who term themselves F4, in school. However, when the girl stands up for herself before their group leader, Gu Jun Pyo, he finds himself falling for her. Meanwhile, Jan Di is mesmerized by the gentle and soft nature of Jun Pyo’s best friend, Yoon Ji Hu. ‘Boys Over Flowers’ is already the first K-drama of thousands and probably millions of international fans. You can easily make yours too if you are interested in high school drama and old school romance. 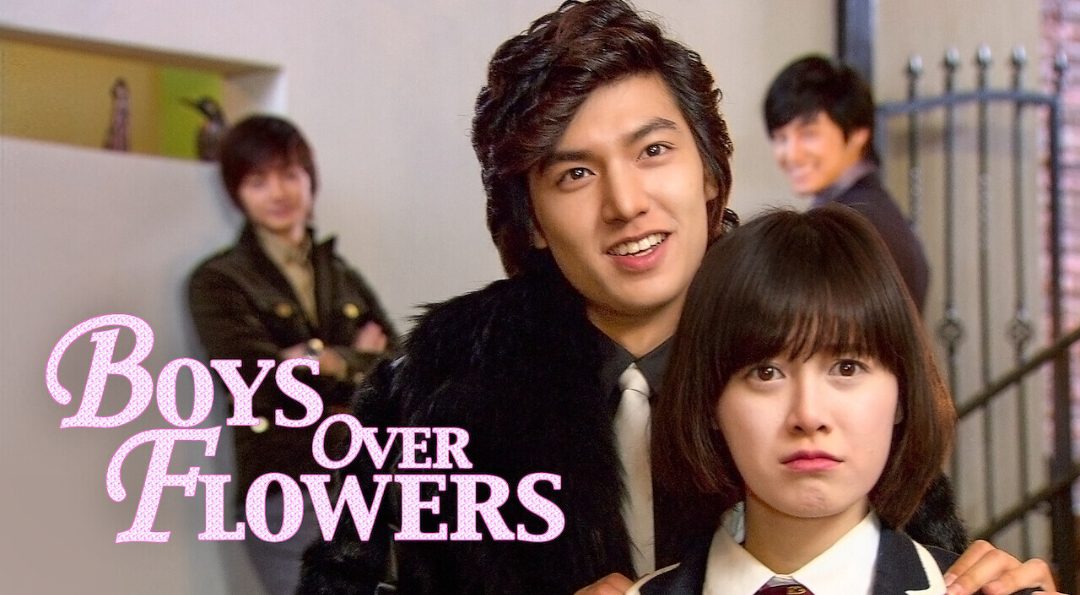 Despite having numerous adaptations in various countries like Japan and China, which is in term adapted from a Japanese manga series, the Korean adaptation is far by the most popular and successful one. However, if the year of release is bugging you, you can check out the latest Thai adaptation of the show titled ‘F4: Thailand’, which follows the original storyline with a pinch of modernity.

If you are looking for multiple-dose of laughter in a single frame, you can never go wrong with ‘True Beauty’! The story centers on a high school girl named Lim Ju Gyeong who quits her school after being bullied badly by a group of classmates for being “ugly”. She determines to change the game as she learns makeup skills from social media and gets enrolled in a new school. Now renowned as a new school beauty, Lim Ju Gyeong finds happiness in her life for the first time. 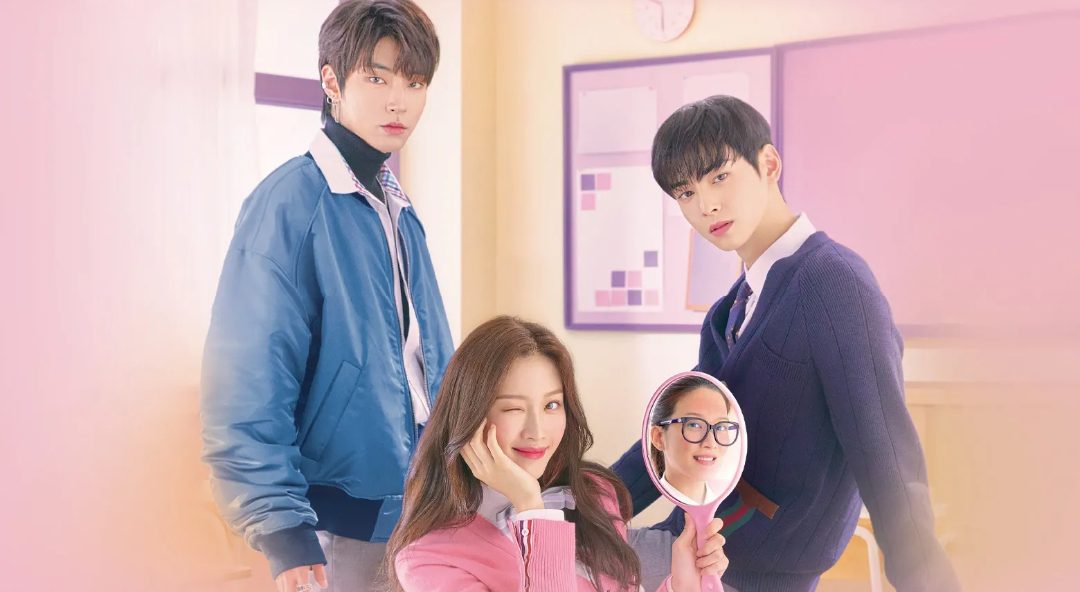 She enjoys the time of her life until the topmost student in the class, Lee Su Ho, discovers her big secret! He is handsome, smart, and comes from a rich background but has a cold demeanor. Apart from being an energetic rom-com, the series addresses a lot of sensitive subjects like school bullying and delivers various life lessons. The best part of the show is that it is void of any major antagonist and most of the characters are likable.

Not everyone is into rom-coms. Fortunately, the Korean Entertainment industry not only does specialize in romantic comedies but also has produced some of the best action thrillers of all time! That’s one of the reasons why ‘Squid Game’ became a global sensation soon after its release and garnered so much hype! The story follows a man named Seong Gi Hun who, tired of living a financially broke life, gets interested in a competitive survival game, winning, which can help him get rid of all his life problems. 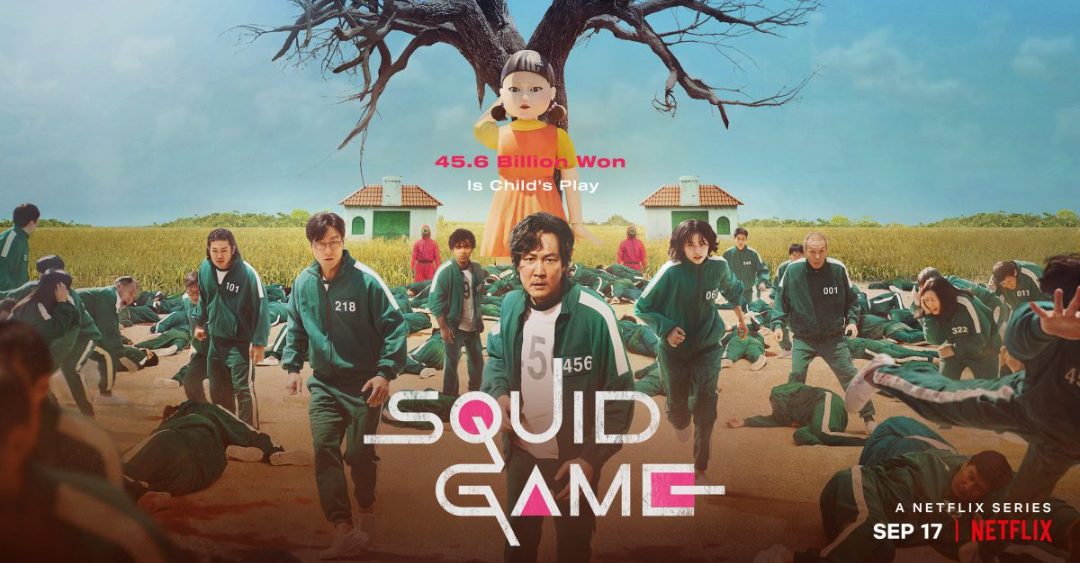 However, when he arrives at the spot, he finds himself surrounded by other 455 players with a similar mindset. It is only after the beginning of the first game that he gets the shocking revelation that the game isn’t a regular one, but the participants need to stake their life in order to continue playing it. The twists and turns, thrill, and the overall dark vibes of the series can keep any new K-drama watcher hooked from the beginning credits till the end!

If you don’t already know, there is hardly any entertainment industry that can beat South Korea when it comes to producing Zombie apocalypse K-Dramas and movies, for instance, ‘Train to Busan‘. ‘All of Us Are Dead’ is one of the latest survival thriller shows broadcasted by Netflix internationally that can keep even non-Kdrama watchers at the edge of their seats! The story centers on a group of high school students who find themselves trapped inside their school, the base of the beginning of a zombie virus that has left the entire place in chaos. 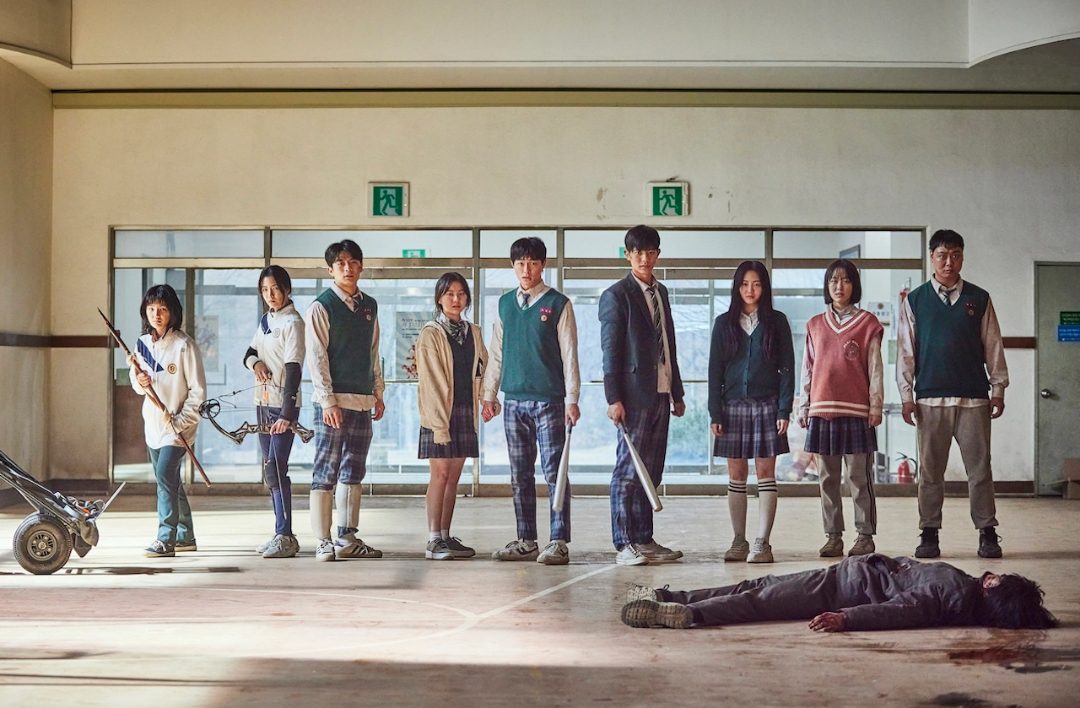 All of Us Are Dead

The trapped students, surrounded by flesh-eating zombies, must protect themselves at any cost and find their ways out lest they get infected as well. The story primarily focuses on Nam On Jo and Lee Cheong San, two students who have been friends with each other since their childhood.

Some people might be interested in discovering the historical backdrop of South Korea, but it is pretty challenging for beginners to watch historical dramas owing to their length and the political scenario. However, if you are patient enough to watch them, you can start with ‘Mr. Queen’. It centers on a modern-day male chef of the Blue House, who cooks for the President of South Korea. However, an unexpected incident takes him back in time, during the Joseon period, and he wakes up in the body of queen Kim So Yong. King Cheol Jong, the then ruler of the kingdom, is nothing but a puppet in the hands of the corrupt mother of the previous ruler, but deep down, he harbors a different motive. 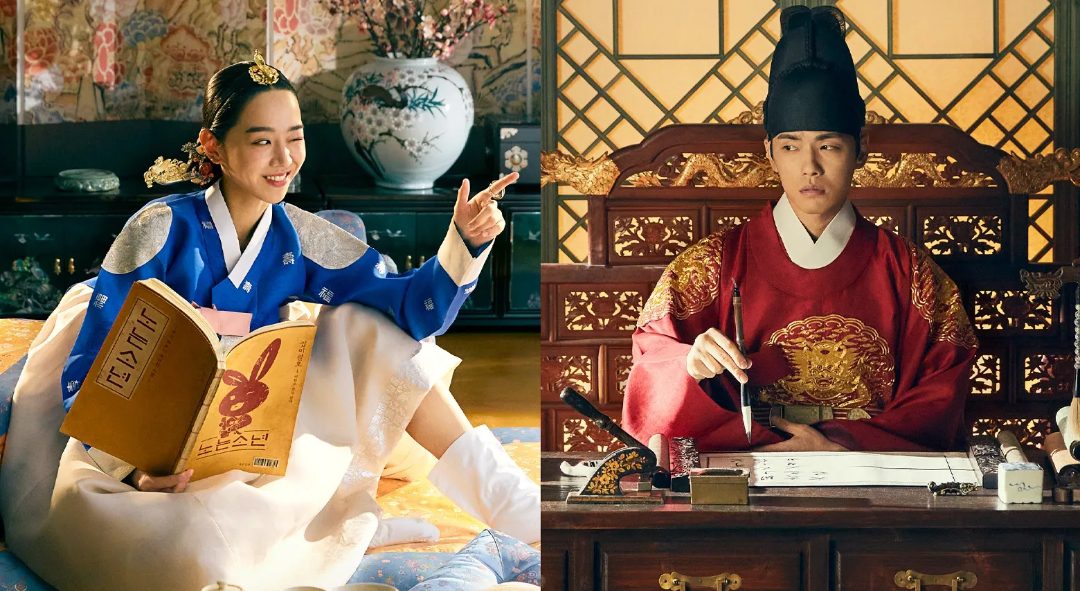 Despite being fully aware of the fact that the King will be remembered for all the wrong reasons in the future history books, the queen decides to be a part of Cheol Jong’s big plans of ending corruption in the country. The show is extremely hilarious and engaging, and the way actress Shin Hye Sun has portrayed the character of a man from the modern-age Seoul inside the body of a woman is beyond praise!

The story revolves around a South Korean businesswoman named Yoon Seri, who becomes a victim of a paragliding accident and finds herself hanging from one of the trees within North Korea’s borders. She gets discovered by a North Korean military officer named Ri Jung Hyuk, who reluctantly promises to send her back to her home country safe and sound. However, with North Korea’s unparalleled security and strict rules imposed on South Koreans illegally entering the country, breaking in from the borders of North Korea is harder than expected. 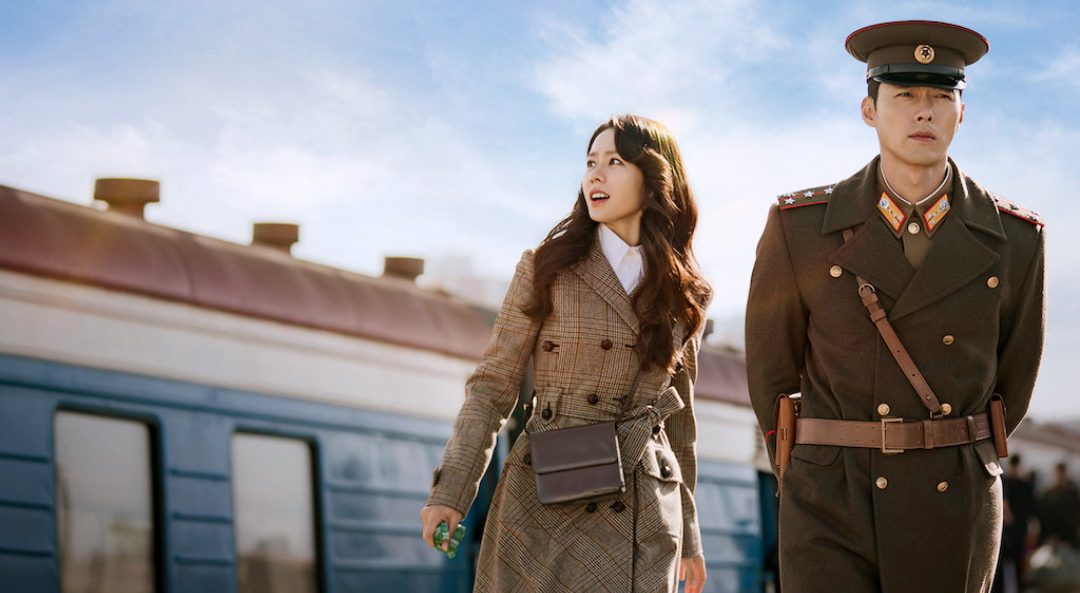 Crash Landing on You

Seri takes shelter in Jung Hyuk’s house in the name of a North Korean spy and tries to blend in with the locals till she gets an opportunity to leave. This marks the beginning of an unusual love story between two individuals coming from two rival countries. The show has almost everything, starting from romance and comedy to action and melodrama, which makes it one of the best choices for someone who has no idea about K-dramas!

Strong Woman Do Bong Soon might be the safest and the best option for rom-com lovers for getting introduced to K-dramas. It follows the story of a woman named Do Bong Soon, who has inherited a remarkable superhuman strength from the women of her family. Despite this, she has an extremely soft and feminine personality and has been in one-sided love with her childhood friend, Guk Doo, now a rookie police officer. When Ahn Min Hyuk, the fun-loving and cool CEO of a gaming company, witnesses an incident through which he discovers Bong Soon’s superpowers, he gets impressed with her. 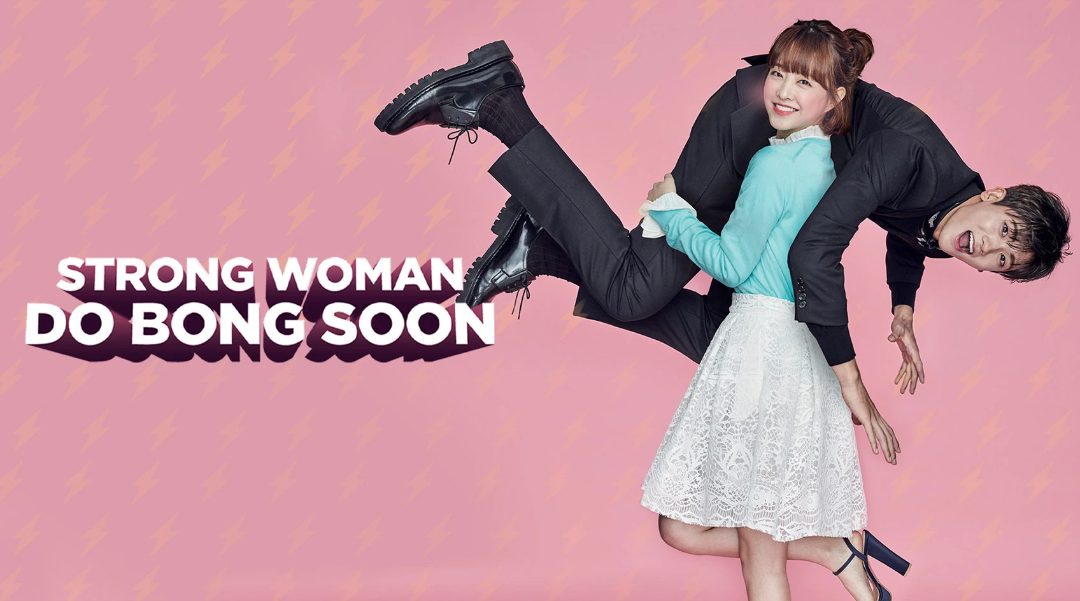 After multiple attempts, he manages to convince her to work as a bodyguard for him and catch the person who has been sending him death threats. Perfect to boost the serotonin level in your body, the show delivers surreal and hearty comedy that will leave you laughing your heads off while the sweet scenes are sweet enough to leave you with diabetes! Let us warn you about an unrealistic but heart-fluttering romance ahead!

One of the most recommended K-dramas in recent years that would be loved by everyone is the law action-crime, ‘Vincenzo’ starring Song Joong Ki as the badass but righteous Italian mafia. Vincenzo Cassano, a consigliere by profession, escapes to South Korea in order to retrieve tons of gold hidden in the basement of an apartment complex. However, vacating the apartment full of a diverse range of people seems harder than he had expected. 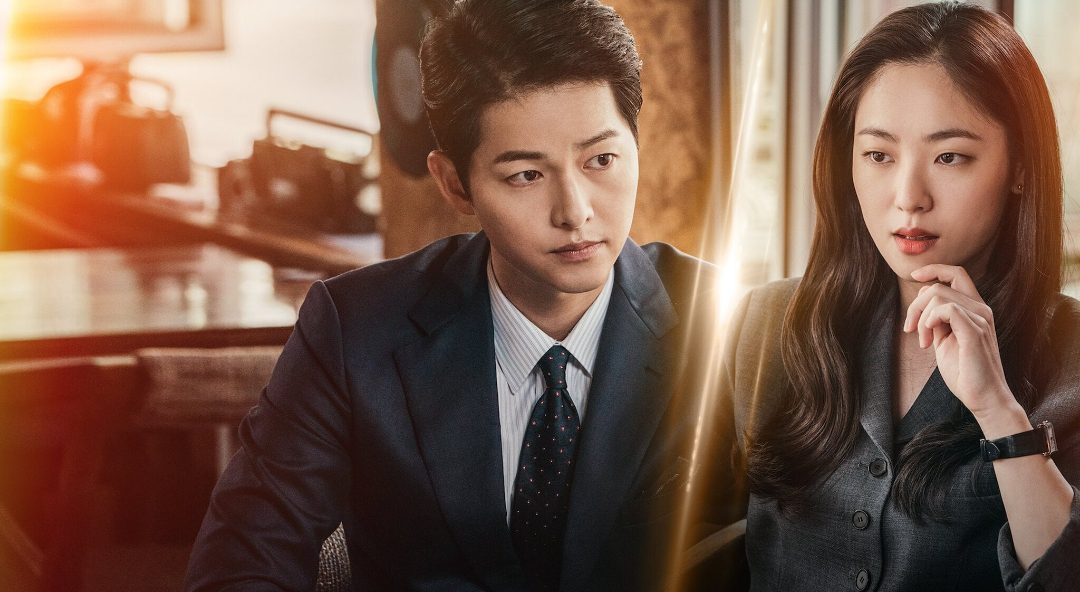 While looking for a way to deal with the situation, he ends up getting involved with the daughter of a righteous lawyer, owning a law firm at the same complex, who asks for his help in putting the corrupt leader of the Babel Group behind the bars, backed up by numerous attorneys and prosecutors. Together, they plan the downfall of the corrupt conglomerate and its team and give them a taste of their own medicine. The show ‘Vincenzo’ stands out as one of the highest-rated and most-watched Netflix K-dramas of 2021. Starting from the actors’ performance, background score, OSTs to, cinematography, and direction, the show remains unbeatable!

This one is a complete package that has nothing to do with imperfections! Also termed ‘Guardian: The Lonely and Great God,’ it is a fantasy rom-com that has a former general of the Goryeo Dynasty’s military, Kim Shin, as the main protagonist. The deity punishes him with an immortal life as he becomes a powerful Goblin who has been looking for his bride for 900 years, the key to taking away his immortality. Only the Goblin’s bride possesses the powers to pull out the sword embedded in his chest and end his life for good. It’s then that he comes across the 19-year-old Eun Tak, an orphan living a miserable life with his greedy and evil aunt. Despite her tough life, she is a bright and cheerful girl who dreams of studying hard and becoming richer. 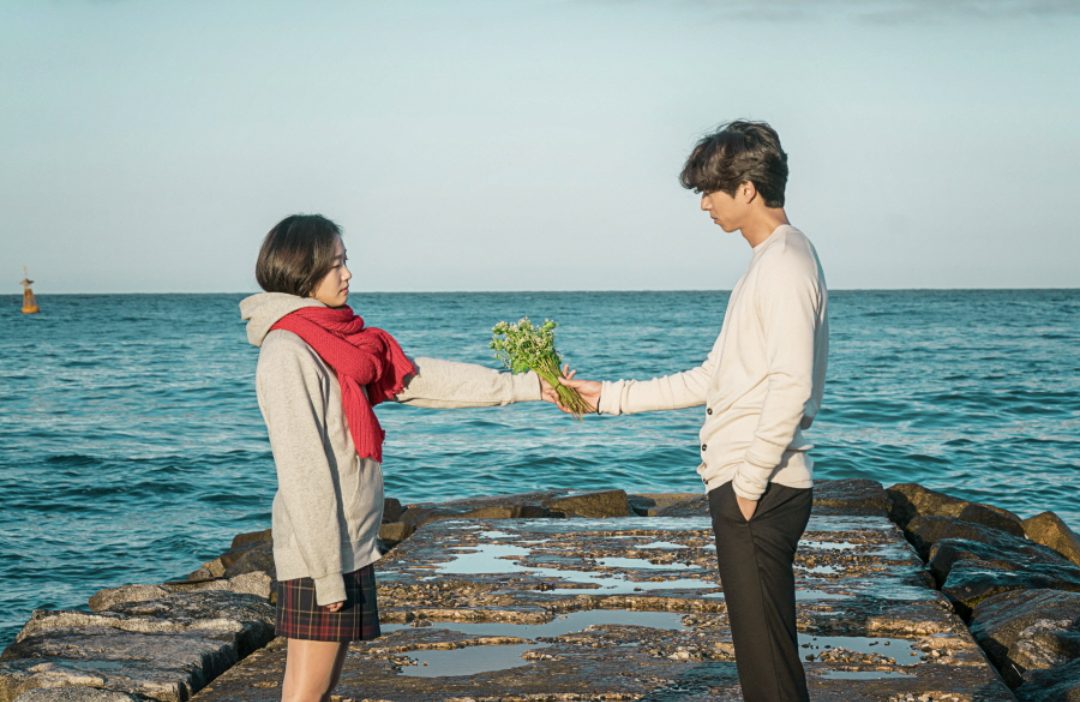 Eun Tak is not an ordinary girl but has the special power to be able to see ghosts and all out-worldly creatures. She is convinced that she is the bride of the Goblin as heard from all the ghosts and spirits she has come across. The story features the themes of reincarnation and fate, which is extremely compelling with top-notch acting performance. If you are looking for K-dramas with amazing OSTs, bickering yet adorable couples, a lot of comedy, and don’t mind a significant age gap between the leads, you don’t have to think twice before starting the series!