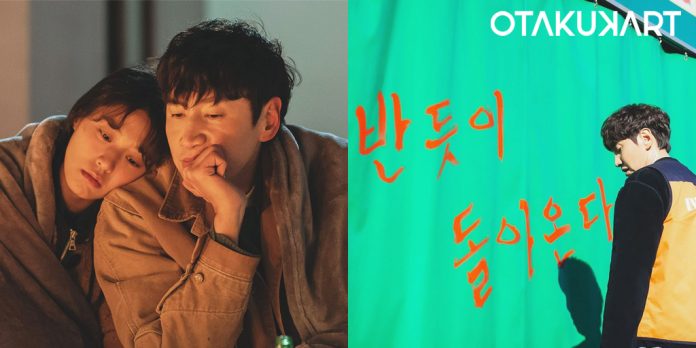 The release of The Killer’s Shopping List Episode 6 is only a bit far away now, and with our morally grey characters with their hearts in the right place, it’s easy to see why viewers can barely wait for the next chapter. From an outside point of view, Dae Sung is a nosy know-it-all who keeps tabs on all his customers and knows all of their personal information like home addresses, and since the murder weapons can easily be procured from his supermarket, it is easy to see why the police have pinned him as one of the main murder suspects.

Neither of the characters in the show is virtuous. For example, even if Dae Sung is her lover, Do Ah Hee breaks all sorts of moral code as a police officer when she helps and doesn’t him on trespassing Fish’s apartment. Furthermore, Myung Sook completely turned down Kyung Ah who was scared of getting murdered from her store, deeming that saving the reputation of the mart was more important.

Well, Kyung Ah did end up getting murdered, and Myung Sook did feel guilty. To get more clues as to who the real culprit is, we must keep an eye out for the release of Ep 6 of The Killer’s Shopping List.

The Case of Oh Cheon Won

After Oh Cheon Won is done with the police interrogation, he goes to MH Mart and starts smashing up their windows with a stone. According to him, his life got ruined because of Dae Sung who caught his counterfeit notes all those years ago when the mart was still named “Daesung Mart”; he had to use up all of his real money to pay the fines and had creditors behind his back always.

When he came to get his revenge on their family after getting out of jail and tried to strangle Myung Sook to death, it was Dae Sung who came to her defense and hit a can of peaches. Well, everyone thought that the injury was so brutal that he died, and the policeman who was friends with Myung Sook dumped his unconscious body in the garbage bin. He had to live with his identity hidden since then.

In his defense, Dae Sung screams about how Oh Cheon Won put his mother in danger and he had to fight back, and how he always lived in fear of him coming back. Recounting his agony at not being able to pass even the easiest of exams due to his anxiety that Oh Cheon Won is right around the corner, Dae Sung demands him to payback for all the trauma he has caused to Dae Sung throughout the years.

Dae Sung invites longtime girlfriend Ah Hee to spend some quality time on his roof-top, which he decorated with warm fairy lights and a bonfire. Armed with a bottle of soju and beer each, he makes her a delicious So-Maek cocktail in a toy washing machine.

Embraced in a hug in a blanket, Dae Sung confesses that the idea of making cocktails in the toy washing machine came from Bo Yeon, the first murder victim in the neighborhood, who told him to stock up on the toy because adults are going to buy them for their drinking pleasures soon enough.

He also tells her about how happy Bo Yeon was that she could transform her Mart points into cash the next time she’d shop there – the day which, of course, never came. Also, Dae Sung finds out that Do Ah Hee knew about him almost killing Oh Cheon Won, and became a police to protect him.

Also Read: K-pop Idols Who Are From Actual Royal Families!

The Killer’s Shopping List Episode 6 will air first on the South Korean television network tvN. After that, viewers from all over the world can watch Ep 6 with subtitles of their choice on Rakuten Viki by clicking here. You can also watch Episode 6 of The Killer’s Shopping List on Viu and iQiyi on the day after airing, i.e., 13th May 2022, if you live in one of the regions they provide their services on.