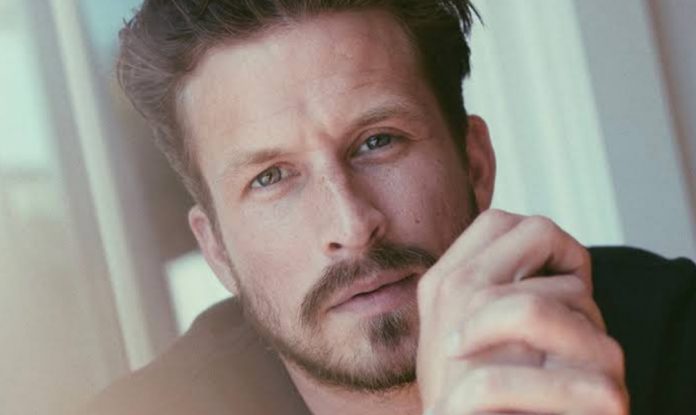 Today, we shall discuss Who is Adam Huber’s Girlfriend in 2022? What do we know about the actor’s new love interest and career? Starting from the basics, Adam Huber has gained massive popularity for playing the role of Liam Ridley in the series, Dynasty. Besides this, he has worked in a few other films too, where the hit ones include Better Days, Breaking & Exiting, and First Love.

Not to forget to mention some of Adam’s notable television works such as Gamer’s Guide to Pretty Much Everything, The Good Place, Room for Murder, etc. Before getting into this acting career, Adam Huber worked as a model too, in New York City.

Knowing so much about the actor’s versatile career, fans are interested to learn about Adam Huber’s love interest. Well, his last romantic relationship with his co-star made headlines for quite some time. Right after shooting, it anyway got a bit confusing to the fans. Let’s dive into this article and stick to the end, for learning more about Adam Huber’s Girlfriend in 2022.

Who is Adam Huber’s Girlfriend in 2022? The Actor’s Love Interest

When we talk about Adam Huber’s Girlfriend in 2022, it seems like the actor isn’t dating anyone at present. Moreover, he appears to be enjoying his singlehood. Adam Huber hasn’t revealed much about his personal life, which eventually makes his fans wonder about his current relationship status.

Well, these days, he isn’t even found hanging out or sharing frames on social media with anyone, whom we can suspect as his new love interest. Thus, there is a possibility that Adam Huber is single. Also, after his last split, he has neither been linked with anyone nor has sparked dating rumors to date. Briefly, we may expect Adam Huber to have no girlfriend in 2022.

It was in 2016 when Adam Huber started dating Jordan Hinson. Many of you are already aware of Adam’s relationship with her. Well, Jordan Danger (original name), as an actress has gained massive prominence with her role as Zoe Carter in Eureka. Besides this, some of Jordan’s other works include- The Higher Power, The California No, Living Among Us, Hank, Kevin From Work, etc.

Coming back to their romance, Adam and Jordan traveled to several places together, hinting to the fans about how they were deeply in love with each other. Both of them were pretty much vocal about their relationship. Witnessing their pictures quite often, their fans couldn’t keep their eyes off them. Moreover, with her, Adam has also shared the screen in the comedy-drama film, Breaking & Exiting, it was released in 2018. However, after the film was out, their romance appeared to be confusing to the people. Also, they stopped making appearances together on social media, as they used to. Fans started suspecting if things have turned down. Well, that’s true, but the major reason for their sudden split is still under question.

Besides knowing things about Adam Huber’s Girlfriend in 2022, people are curious to learn more about the actor. Born on 8 May 1987, within a couple of days, Adam will be turning 35 years old. He was born in Hollidaysburg, Pennsylvania, United States. He has an impressive height of 1.8 meters. Little did you know, he attended Pennsylvania State University for pursuing Business Management. It proves, that he is educated as well. For more highlights, you may follow him on Instagram having more than 1.1 million followers at present.

Moving on with Adam Huber’s list of hit works, the films are- Rose-Colored, Do You Take This Man, Book Club, etc. Now, when we talk about his television works- Unforgettable, The Good Place, Nanny Surveillance, StartUp, Unreal: The Faith Diaries, Dynasty make it to the top. Even as a model, Adam Huber has worked with various brands, making prominence mostly in New York City.

Best Wishes to Adam Huber for the upcoming days of his career!