The one in her 30’s is Boo Hye Ryung, who used to work as an announcer and now works as a radio DJ. Her husband and she have been married for three years by now, and he is a judge. Next up is Sa Pi Young, who is in her 40s and is a radio program producer. She is a good mother as well as an awesome wife whose husband is a doctor who treats neuropsychiatric and owns his own clinic.

Lastly, Lee Si Eun, who is in her 50s now, is the main writer of the radio show and is married to a professor who could achieve his dreams all thanks to her. Little do these ladies know, their husbands have been cheating them on their backs, and all three of them have mistresses of their own. In the K-drama Boo Bae or Kim Kyung Nam plays the role of Seo Dong Ma, Ban’s brother and Sa Pi Young’s loving husband. See, the actor talks about what is in common between him and his character Seo Dong Ma and what is his MBTI.

The Actor Reveals His MBTI

In a recent interview with Star News, Boo Bae said that his MBTI Personality is ISTJ. These people are known for their responsible, sincere, and analytical personalities. They also tend to be a bit shy and reserved but are also pretty trustworthy to those who they love. When asked whether he was also systematic, since people with ISTJ MBTI personalities are known for this organized nature of theirs, the actor could not agree more. The actor said that he tends to organize everything starting from the beginning to the ending of his day beforehand. He compared his live’s pattern to a robot’s and said that he has a specific timing for waking up and sleeping too.

But there was something about ISTJs that the actor disagreed too. As already mentioned, ISTJs tend to be shy and timid around strangers, but that is not the case with Boo bae. He did admit that he is pretty shy but while filming, all this shyness turned into vapor as he keeps on his passionate acting. Well, when you are too into something, you tend to forget about your surroundings, don’t you?

While talking about his systematic behavior, the actor added that he thinks Dong Ma may act the same as well. Since he is a pretty perfect person, he would also do stuff in the same organized way. Boo Bae went on to say that another similarity between Dong Ma and him is that they tend not to like to stand out too much. The actor likes to stay at home, and we can see where the I in his MBTI comes from. He says that Dong Ma, too is a bit like him in these aspects and just turned out to become a bit braver since he became blinded by love.

Another similarity is that both the actor and Dong Ma are really conservative. The actor revealed that in the past when he went out with his girlfriends, he did not like to drink. Dong Ma tends to be conservative since he grew up under the influence of a really strict father.

The actor said that, like him, Dong Ma also tends to take responsibility for his actions through the storyline of Love ( ft. Marriage and divorce) and said that he and Dong Ma are also really straightforward about their emotions.

Meanwhile, a dissimilarity he noticed is that the actor loves being by himself while Dong Ma loves being surrounded by a crowd. Boo Bae surely knows about his character better than anyone else! 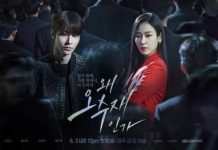 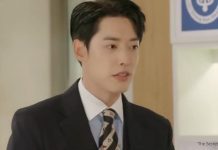 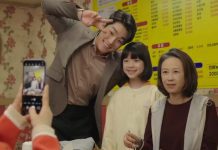