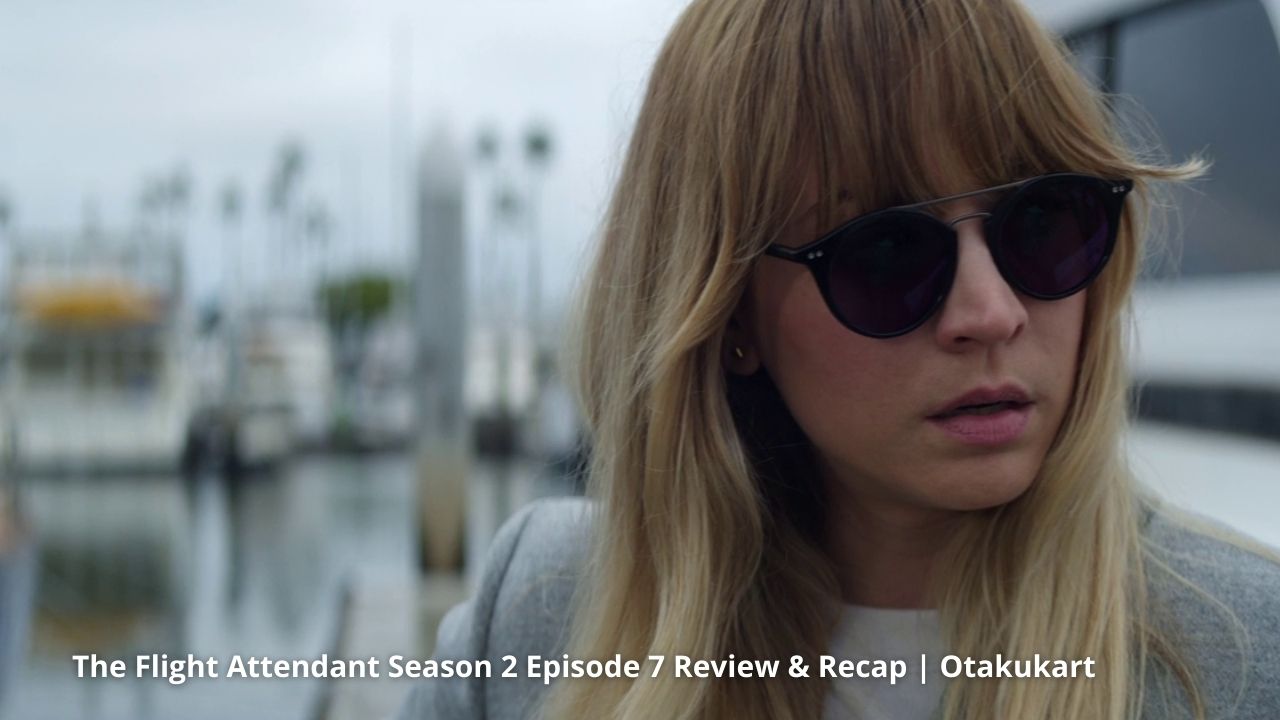 The Flight Attendant Season 2 Episode 7 finally picks up the pace on the main plot after having it on the sidelines for the past few episodes. Last time on the show, we saw a vulnerable Cassie who had to leave all this mess behind and visit her father’s grave with her brother Davey. This saw her unexpectedly meeting her mother, and it didn’t go down really well.

If this wasn’t enough, Annie and Max had found out that North Koreans were tracking her down. In no time, North Koreans made their way to Cassie, but luckily she and Davey managed to escape. On the other side of things, Cassie’s doppelganger continued making moves by taking down another FBI officer. Now here is what went down post that.

The Flight Attendant Season 2 Episode 7 saw Cassie approaching Shane for help. Shane had some information on the murders. Turns out every dead person around is somehow connected with Will, the man Cassie was chasing in Berlin. On top of that, there is a chance that somehow Benjamin is involved in all of this.

After all the apology sessions, the duo decided to visit the boat from the Viewmaster 3D. There is blood around, and the duo ends up discovering dead bodies inside the boat. One of them is Benjamin’s officer, who was in Berlin. With that, Cassie also ends up crossing paths with Jenny, who came to cover the story of this murder.

After avoiding Jenny, Shane and Cassie go back to Cassie’s house, where Cassie reveals to Max and Annie that Shane works for the CIA. The group tries to break down the mystery and believes that the doppelganger’s next target is Cassie. The doppelganger has to kill her to pin murders on her. Taking a look at the last slide, Viewmaster revealed the location of the murder to be Santa Monica Pier.

Also Read: We Own This City Season 1 Episode 4 Review & Recap: The Rise & Fall Of Wayne Jenkins

Shane and Cassie decided to go there and search for the doppelganger. Max and Annie, despite Shane’s warning, followed them to the place. While Cassie dealt with calls from Megan, Dot and Benjamin possibly being around, Esteban and Gabrielle were there too. Annie and Max took care of Esteban and Gabrielle by electrocuting them with a stun gun.

Meanwhile, Cassie saw her doppelganger and followed her. Finally, Grace, the person Cassie suspected the first turned out to be her doppelganger. Cassie made her sit on a ride. Cassie revealed that she genuinely liked her, but someone made her do this. Before she could reveal the name, Grace turned the gun on her head and killed herself.

Finally, The Flight Attendant Season 2 Episode 7 is an episode that leaves all the characters developing side-plots aside and brings back the focus on the main plot. The episode ends up revealing bigger mysteries as we have only one episode left now. At least one of them.

This time around, since the very beginning of the episode, the show moves at quite a fast pace. Thus resolving the plots quicker and faster than ever. In no time, the group managed to track down the next location where the doppelganger might show up to murder. Following them, even Esteban and Gabrielle showed up at the same place chasing Cassie. 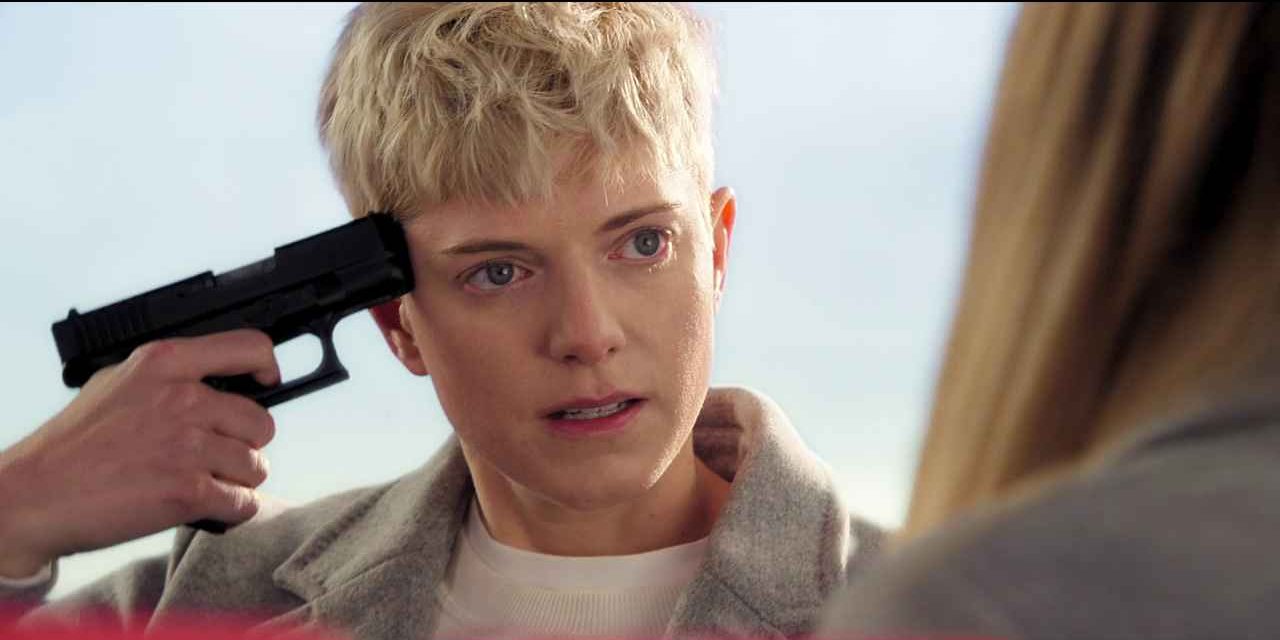 At this point, we know the identity of Cassie’s doppelganger to be Grace. Something the show managed to hide smartly by making her the first suspect this season. The show made us believe that she may have nothing to do with the plot further down in the season. But we were wrong along.

That solves one mystery. Now next question is who hired Grace in the first place. Benjamin is out of this picture. Grace was shocked to hear his name when Cassie told her she suspected her to be working with him.  Next is Dot, who could be the one. In case she is not the one, there is Jenny, who has managed to show up time and again. But it seems like the show will once again move us around before revealing it all in the finale.