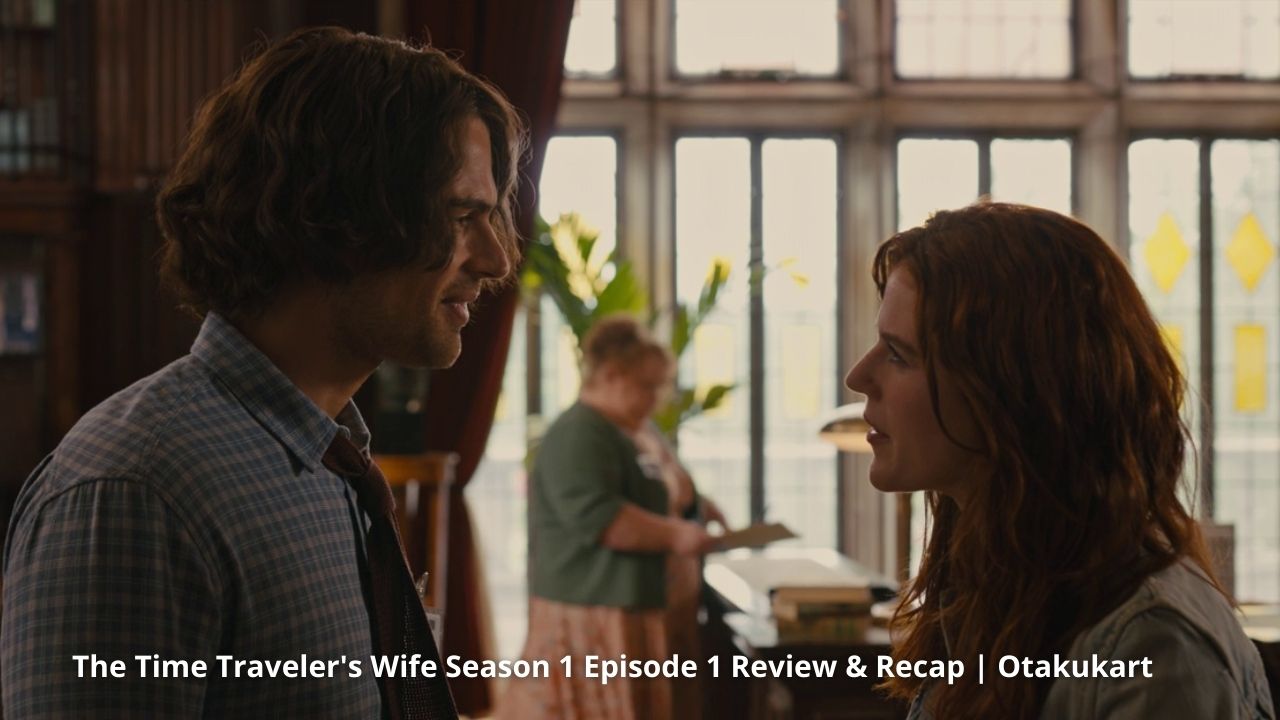 The Time Traveler’s Wife Season 1 Episode 1 introduces the characters of the story based on the novel of the same name by Audrey Niffenegger. This is not the first time, the story is receiving an adaptation. Still, the first episode so far feels like a warm laid-back watch. So, created by Steven Moffat with Rose Leslie and Theo James in the lead, here we are taking a look at how the first episode of The Time Traveler’s Wife panned out.

For the same, we will be breaking down all the major events of The Time Traveler’s premier. Right from that time, Clare met Henry for the first time. To the time when younger Henry met Clare for the first time. We will look at how time travel works for Henry and how the couple may fluctuate their relationship amidst this.

The Time Traveler’s Wife Season 1 Episode 1 opens up with an old Henry and middle-aged Claire explaining the time travel’s pros and cons. Clare is now used to her husband disappearing throughout the day. He leaves his clothes behind and she is kept waiting for him to return. On Henry’s side, he has mastered a number of skills in order to survive in whatever time he travels.

The show then cuts to the time Clare was 20. She visits the Newberry library probably believing that’s where she will meet Henry next. She does but this Henry is far younger than the one she has been meeting for the past 14 years. On top of that, this Henry doesn’t recognize her.

Eventually, Clare asks him out for a date and reveals the time she first met him. That was when she was a kid he came out naked out of nowhere. She gave him clothes. That Henry was 36 years old. He tells her that they will get married in the future and also makes sure to give her the list of dates he will be appearing on.

It was the younger Henry’s turn to tell his side of the story. When did he get these powers and who trained him? The younger Henry takes us to the time he was a kid and time traveled for the first time 3 hours in the past to a museum. There he met an older version of him who guided him and told him the rules of time traveling before the younger Henry could disappear.

Clare and Henry eventually come to Henry’s apartment and start making out. The date ends up in a fight when Clare finds out this Henry is dating someone else. This saw her storming out of the apartment. She eventually crosses paths with the version she has been seeing for years who helps her understand the situation.

The episode comes to a close with younger Henry coming across severed feet which may belong to him much like the tooth that was in his apartment from the time he was a kid. Henry’s body parts show up from time to time as well. So, there is a chance he might lose his legs sometime in the future.

The Time Traveler’s Wife Season 1 Episode 1 first and foremost establishes the way time travel works for Henry. At least that seems to be the main motive of the premiere episode while the second is his relationship with Claire.

The episode kind off begins abruptly out of nowhere with Clare and Henry explaining the whole time travel phenomenon in a documentary style. This kind of introduction may shake the fans a bit and they may find themselves lost. But it’s just a matter of time before they will slowly start to understand. The show doesn’t make things complicated.

It tells both Henry and Clare’s backstories quite simply and in an understandable way without leaving the fans confused. At this point though, this new adaptation of The Time Traveler’s Wife doesn’t seem to be a big deal. It’s mostly on the shoulders of the actors who might end up delivering and hooking the audience.