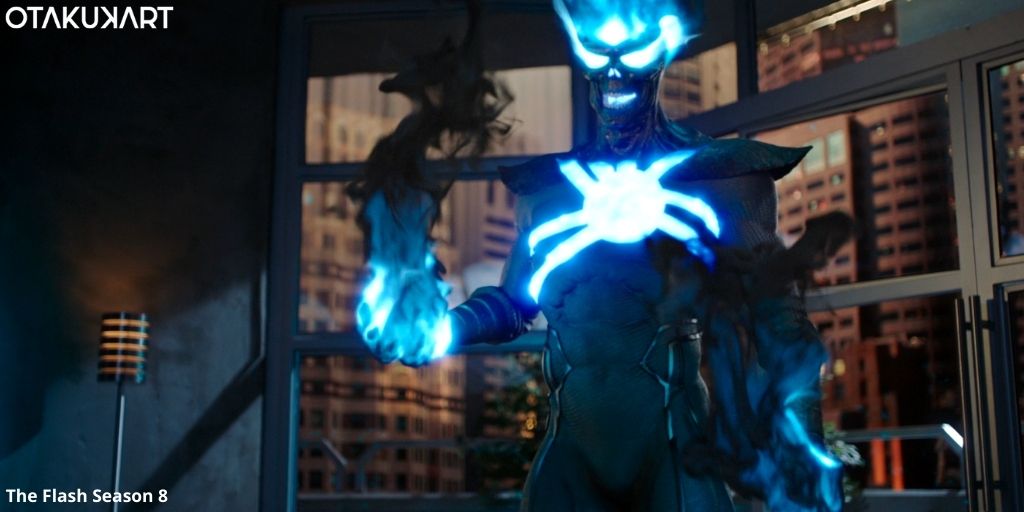 It seems like Barry, and the team will face imminent danger in The Flash Season 8 Episode 12 when a major threat wreaks havoc in the city. Whereas the previous episode gave us a look at Caitlin hearing the voice of her late husband Ronnie in Black Flame and being confident about the fact that he was still alive. Meanwhile, Barry and the others were doubtful, knowing that the Black Flame had the ability to mess with people’s minds.

On the other hand, Tinya was losing her mind after Iris made her mother vanish when she touched Iris. In Central City, Barry and Chester were trying to prepare the cold fusion sphere to capture the Black Flame before it hurts anyone else or messes with Caitlin’s mind. While Caitlin managed to bring Ronnie back to life only to find out what kind of threat she had unleashed on the world.

The American television series set in the Arrowverse started back in the year 2014 and has been immensely popular since then. Moreover, the show has received a lot of love and appreciation due to its characters and storyline. Now with the eighth season in play, the fans are keeping up with the episodes and are eager to watch The Flash Season 8 Episode 12 next. But first, let us take a quick recap of the previous episode. 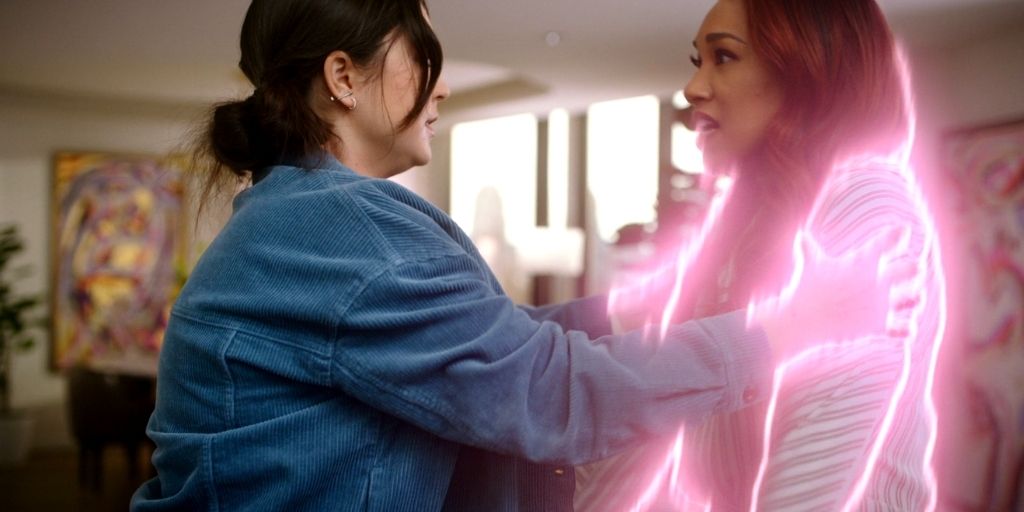 A still from The Flash Season 8 Episode 11

Episode 11 of The Flash Season 8 came out on 13th April 2022 and was titled “Resurrection”. The episode saw Caitlin informing Team Flash that she heard Ronnie’s voice and his exact words from their past conversations in the Black Flame, which made her realize that Ronnie was still alive and she wanted to resurrect him. Even though everyone wanted her to be happy, they couldn’t seem to ignore the fact that the Black Flame could pose as any person and could be messing with Caitlin’s mind. But she was adamant about moving forward with the idea to resurrect Ronnie. On the other hand, Chester was modifying the cold fusion sphere to capture the flame while Barry went to convince Caitlin once more to think this through, but she was sure about it.

Caitlin started to work on the device which was used to stabilize Fire Storm when Ronnie and Professor Stein merged and went on to modify it that would keep Ronnie alive after resurrecting him. Moving on, Allegra saw Chester live-streaming his work on the device that would resurrect Ronnie on his community channel, and she made him realize that he shouldn’t put out every type of knowledge as it could end up in the wrong hands.

In the meantime, we saw several flashbacks from Caitlin’s past and how was her personal life with Ronnie. Meanwhile, in the present, Cecile experienced a lot of pain when she felt Ronnie’s presence, who was trying to tell her that they needed to set him free by stopping the Black Flame. 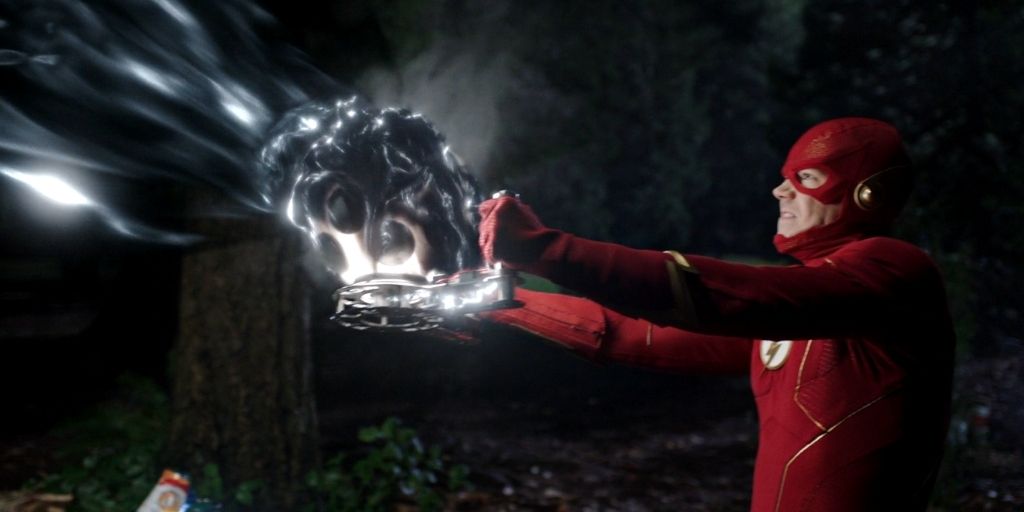 Flash captures the Black Flame in the Cold Fusion Sphere

However, when Cecile and Barry told Caitlin about this, she denied it, saying she knew better what her husband wanted. In Coast City, Tinya came to Sue’s house and threatened Iris to bring back her mom, but Iris didn’t know what was happening and where Tinya’s mom went. Filled with rage, Tinya used her powers and made Iris disappear and told Sue to stay away, or she would do the same to her. Coming back to Central City, Chester finally got the sphere ready, and Flash went to capture the Black Flame in the forest and managed to do it successfully. But then Frost threw the sphere away from his hands, breaking it and letting the flame escape.

She told Flash to let Caitlin have her wish to resurrect Ronnie and Caitlin managed to do it successfully. Later at Star Labs, everyone apologized to Caitlin for doubting her judgment and was happy to have Ronnie back. Although, things went dark for Caitlin when she saw the Black Flame speaking its mind out through Ronnie’s body and telling her how Ronnie’s death in the singularity became the birth of it. Eventually, the device which resurrected Ronnie’s body gave the flame more power, and it turned into a much more powerful foe, calling himself Death Storm. In the end, we saw Sue arriving at Barry’s apartment and informing him that Iris had gone missing, which seemed to send Barry in a shock.

The Flash Season 8 Episode 12 will release on 27th April 2022 at 8 pm ET on The CW. Furthermore, the episode will be titled “Death Rises” and will see Death Storm beginning to wreak havoc in the city as Flash and the team will try to stop him.

The Flash Season 8 airs on The CW at 8 pm ET every Wednesday in the United States. Additionally, the show is available to watch on Youtube TV and Amazon Prime Video. While the viewers in New Zealand can watch the show on Neon. Besides that, the show is also available to stream on Stan in Australia.

Also Read: When Does Moon Knight Episode 4 Arrive On Disney+?