Created by John Singleton, Dave Andron, and Amadio Snowfall is an American crime drama series. The first episode of Snowfall was telecasted on FX on 5 July 2017. Since then, it is receiving huge popularity and response worldwide. The series started with a problem which was the crack epidemic (use of crack cocaine in major cities of the United States, which ultimately increased the crime rate).

Because of the increasing use of cocaine, a drug dealer family decided to sell cocaine. This also included a teenager Franklin Saint. We have watched 4 seasons of Snowfall, and on 20 April, we will be watching the last episode of Snowfall Season 5. Therefore you must be wondering whether Snowfall Season 6 will release or not.

In the last episode of Snowfall Season 5, we will see Franklin go bankrupt. He loses all his money. But he is not the sacrificing one, he immediately made a plan and assembled a crew which included Dallas and Black Diamond, to get his money back. On the other hand, we will get to see Louie will no longer be doing business with Teddy after dealing directly with Teddy. It will be interesting to watch how Franklin gets his money back. Will he kill Kane and rob her stash? It is also important to see if he leaves the drug dealing business or not. 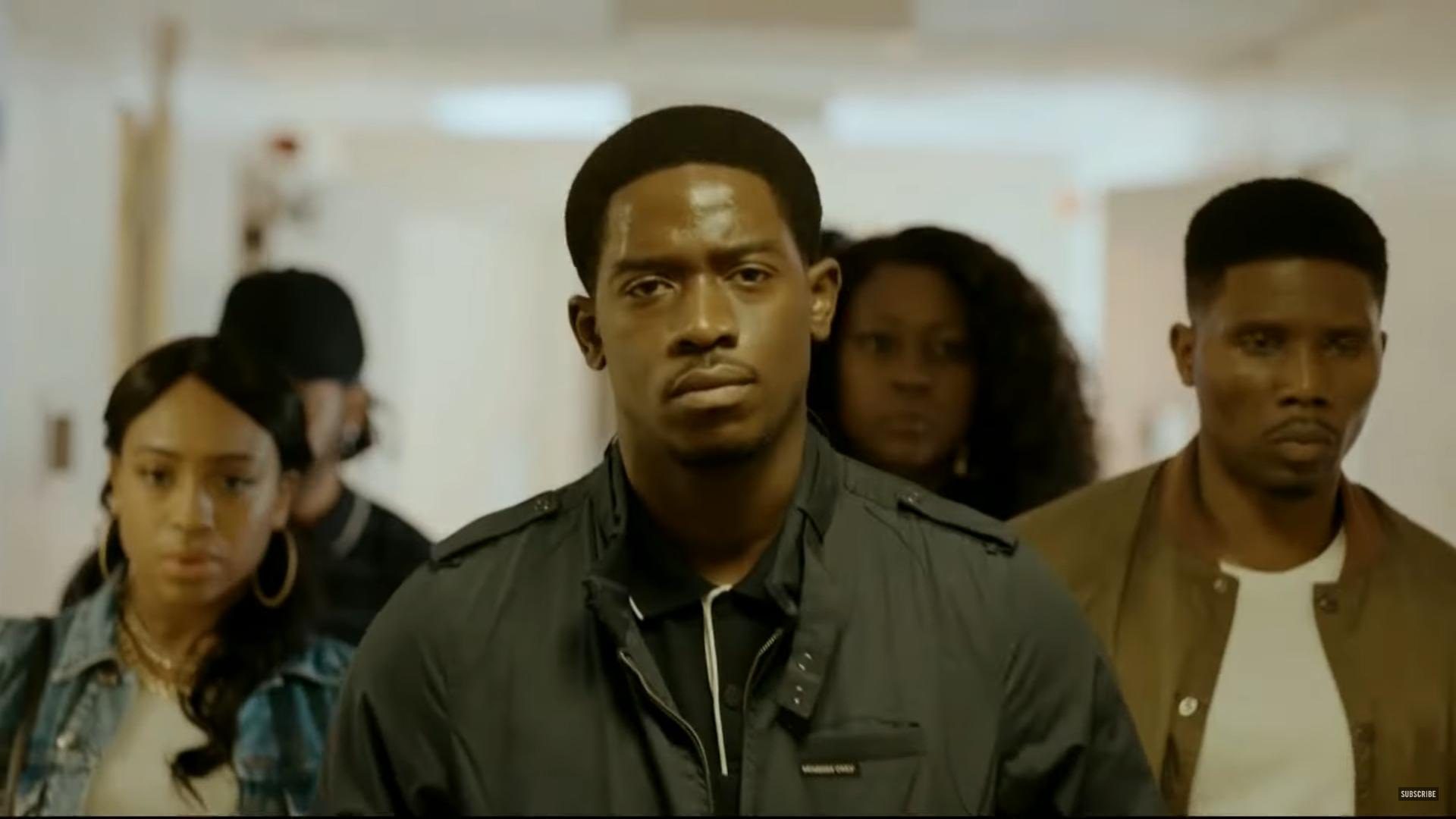 We will also get to see some confrontation happening between Louis and Franklin at gunpoint. Will Franklin kill his aunt Louie for cheating him? Only after watching the finale can we tell this.

While all this drama goes around, we will get to see another expected scene which is the confession of love between Leon and Wanda. Leon proposed to her and asked her to move away with him. What will happen to their story is an important scenario to watch.

We have seen Franklin growing into a man. And in the fifth season, because of ingesting the wrong drug, he got trapped in a cage where tigers and killers were rolling around him. The last episode of Snowfall season 6 will air on 20 April. And only after the release of the last episode could we tell the release date of Snowfall Season 6.

However, we could do some guesswork by looking at the dates of the previous season. The previous two seasons, Season 4 and Season 5, started somewhere in the last week of February and ended somewhere in the third week of April. From this, we concluded that Snowfall Season 6 may release in April of 2023. This is only guesswork, and the actual date could be something else. 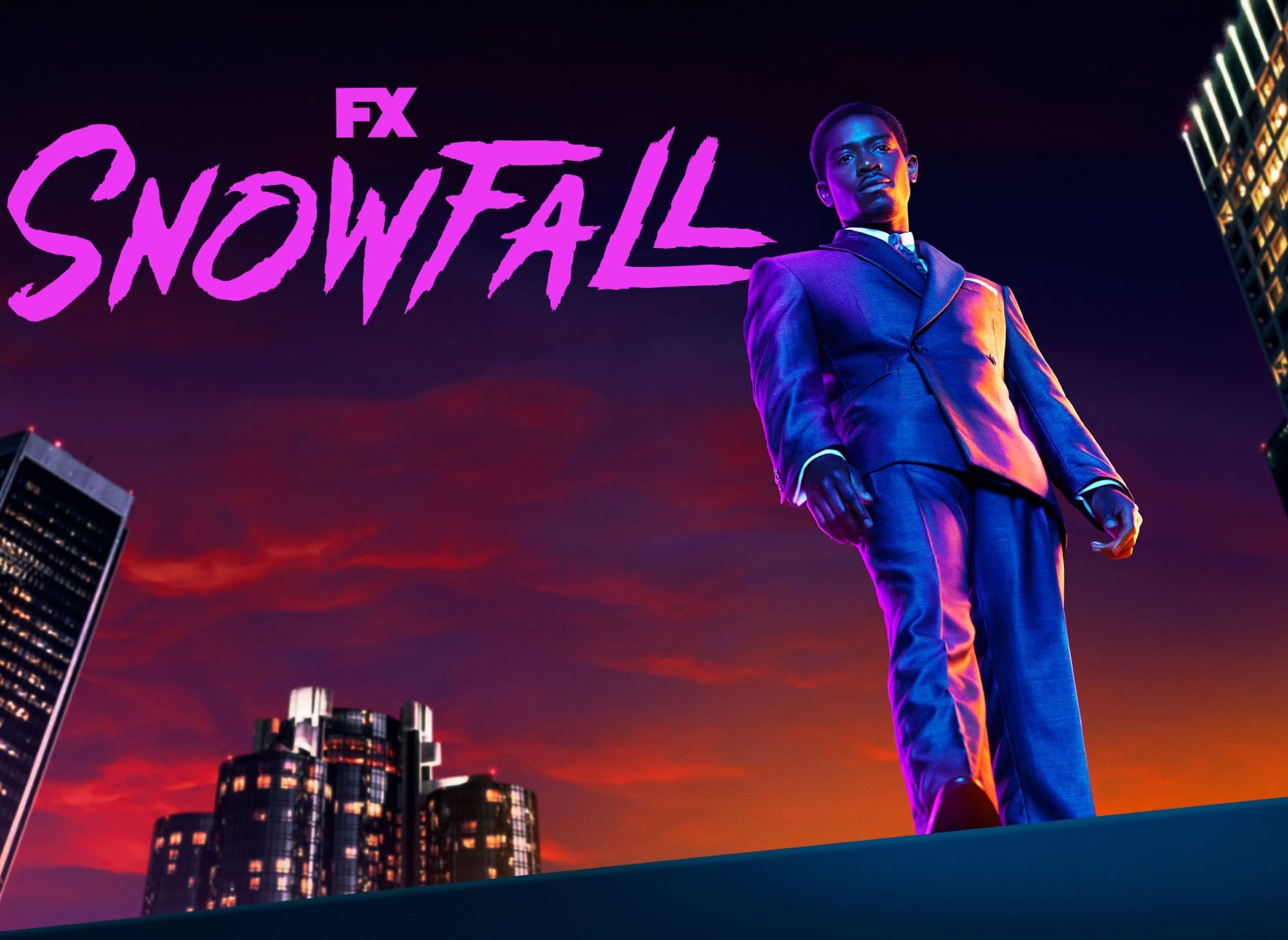 Apart from this, one important piece of news is that the series Snowfall will finally come to an end after season 6. And in the last season, viewers must be ready to see unexpected things.

Season 5 started with a revelation where we saw Franklin’s new girlfriend, Veronique. Not just this, they were having a baby. But when Franklin got kidnapped, she distanced herself from him. As she thought Franklin could not keep her and the baby safe. But in season 6, we might see him with his baby. We might see how a cocaine dealer brings up his child.

Will Season 6 of Snowfall be the Final Season?

Unfortunately Yes. Snowfall will return once more for its season 6 before leaving the television world. In an interview, Idris, who played the character of Franklin, said he is grateful for the show and that it has transformed so many lives. He added there’s hardly any television show that has created 6 successful seasons, and it would be very difficult for him to say goodbye to Franklin.

But he is always gonna remember this character and the relationships and friends that he made during this journey. In the end, he took the name of Singleton. Let me tell you that the award-winning academy director Singleton was the mind behind creating this wonderful show. But he passed away weeks before the premiere of season 3.

In the last episode of Snowfall Season 5, we could see the death of various characters, and as a result, they would not be present in Snowfall season 6.

But there are some who could return in season 6. For instance, Damson Idris is playing the character of Franklin. We have been watching the first episode of the first season, and this whole show is based on him. So how can we not expect to see him in season 6?

These are important characters of Snowfall, but in my view, the most important one is in the stomach of Veronique. In the last episode of Snowfall season 5, it might be possible that she faces death while giving birth to the child.

Season 5 showed a time-lapse of fifteen minutes from the ending of season 4. This means we should be ready to see more time lapse in season 6 and with the introduction of new and interesting characters. In Snowfall season 5, Devyn Tyler is playing the role of Veronique.

What We Saw in Snowfall Season 5

The last episode, which is Fault Line, will air on 20 April 2022. In the ninth episode, we saw how Franklin and Leon got cheated on by Louie. Louie wanted to kill Kane, and for this, he paid Det. Buckley. While Franklin did not feel much about it, Leon got upset and thought to move away with Wands.

In season 5, we watched how Aunt Louie and Uncle Jerome betrayed Franklin. They started dealing on their own with Teddy, who was the family’s plug. This made Franklin feel cheated and not only ruined their family relationship but also put Franklin out of business.

After the incident, he started thinking of coming out of the drug dealing business. He even talked about this with Veronique. But the one that was making him more upset was Kane. Kane is the greatest enemy of his family, and his recovery could prove fatal to Franklin.

Eventually, he decided to come out of the business, and for this reason, he met Teddy, the CIA agent. He seemed not impressed by Franklin’s resignation. Therefore, he put all his efforts into convincing Franklin not to leave the business and reminded him of the money that they had invested in the business.

Franklin pretended not to listen to him. He was now convinced to spend a peaceful life with Veronique and his child. He said he killed so many people, went to prison, got shot, and all he did was because of his family members. But they backstabbed him, and he now no longer wants to stay in business. After saying this, he retreated, but from Teddy’s face, we could tell that he had some bad plans for Franklin.

Also, read – Top Shows like Snowfall That You Should Watch

Where you can Watch Snowfall

You can watch every new episode of Snowfall on FX. Apart from this, you can also watch Snowfall on Hulu but on the next day. Snowfall Season 6 will be telecast on the same platform.