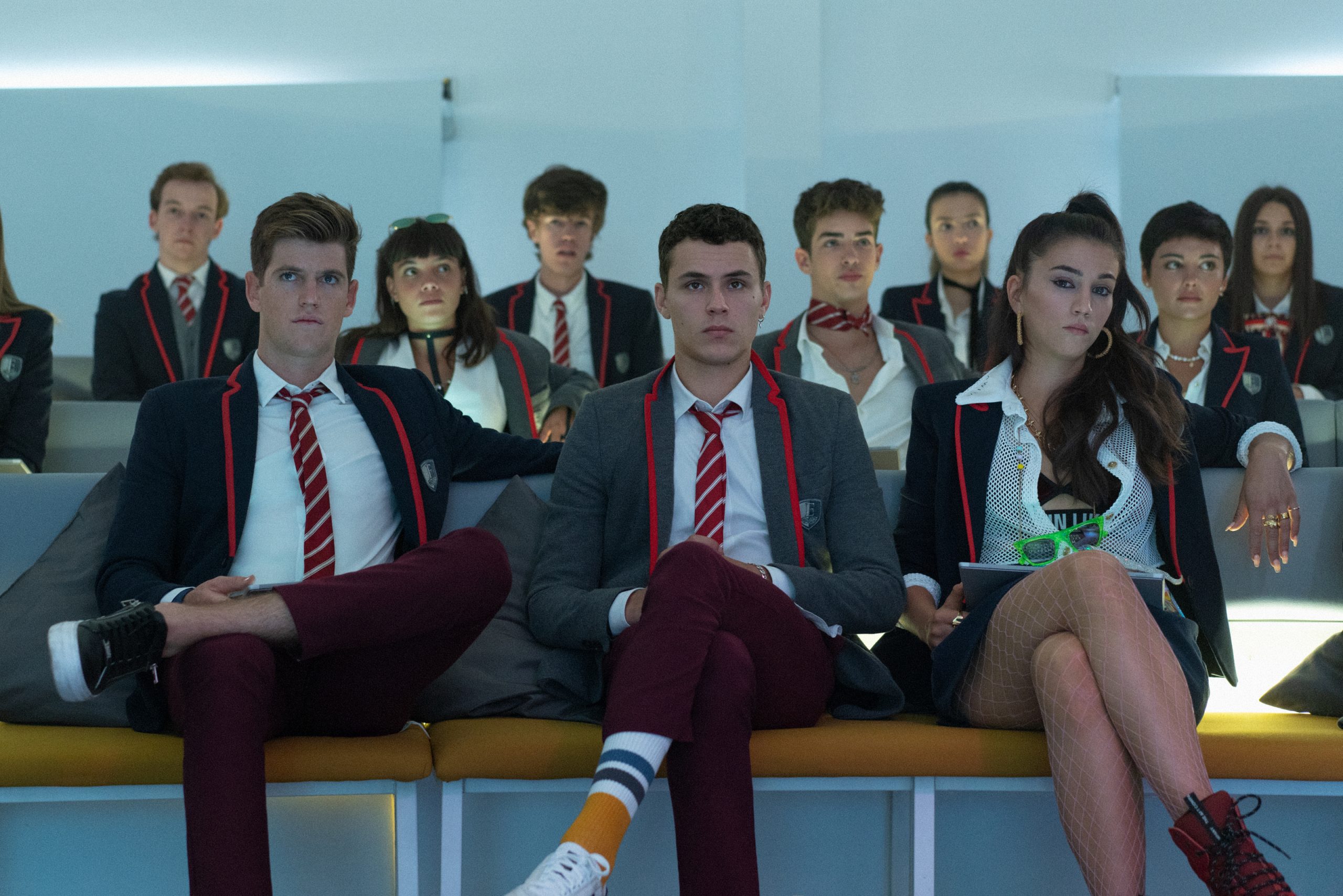 Top 10 Series Similar to Elite: From Riverdale to Euphoria. Elite is a Teen Crime Spanish Drama streaming on Netflix

If you like high society crime drama, Elite is the show for you! Elite has everything from class, drama, romance, and crime. It is one of the biggest shows on Netflix but also the most scandalous. Netflix is the hub of teen dramas and Elite is one of the tops. So if you are into teen drama/crime go for this one. And if you have already binged this show, I have some suggestions for a series similar to Elite. Read ahead to find out about the top 10 series similar to Elite.

Elite begins with three working-class students joining a prestigious university. And all the students are from the high society except for these three. So, of course, it has class disparity and bullying, and people trying to fit in. But the water goes over the head when things get violent. And by violent I don’t mean fistfights or wrestles but actual murders.
As the show progresses things start to get darker and darker.

Teen crime drama is a genre that interests a lot of people. And throw in the high-class society, cultural disparity into the mix and you have yourself a treat. Let’s look at some shows that deliver the same high-tension drama as Elite.

Based on Jay Asher’s Novel ’13 Reasons Why’ is the most controversial teen drama on Netflix. It has critiques for its bare representation of sensitive issues, like rape, gun violence, suicide, etc. However, in spite of its controversial scenes, this series was largely watched. 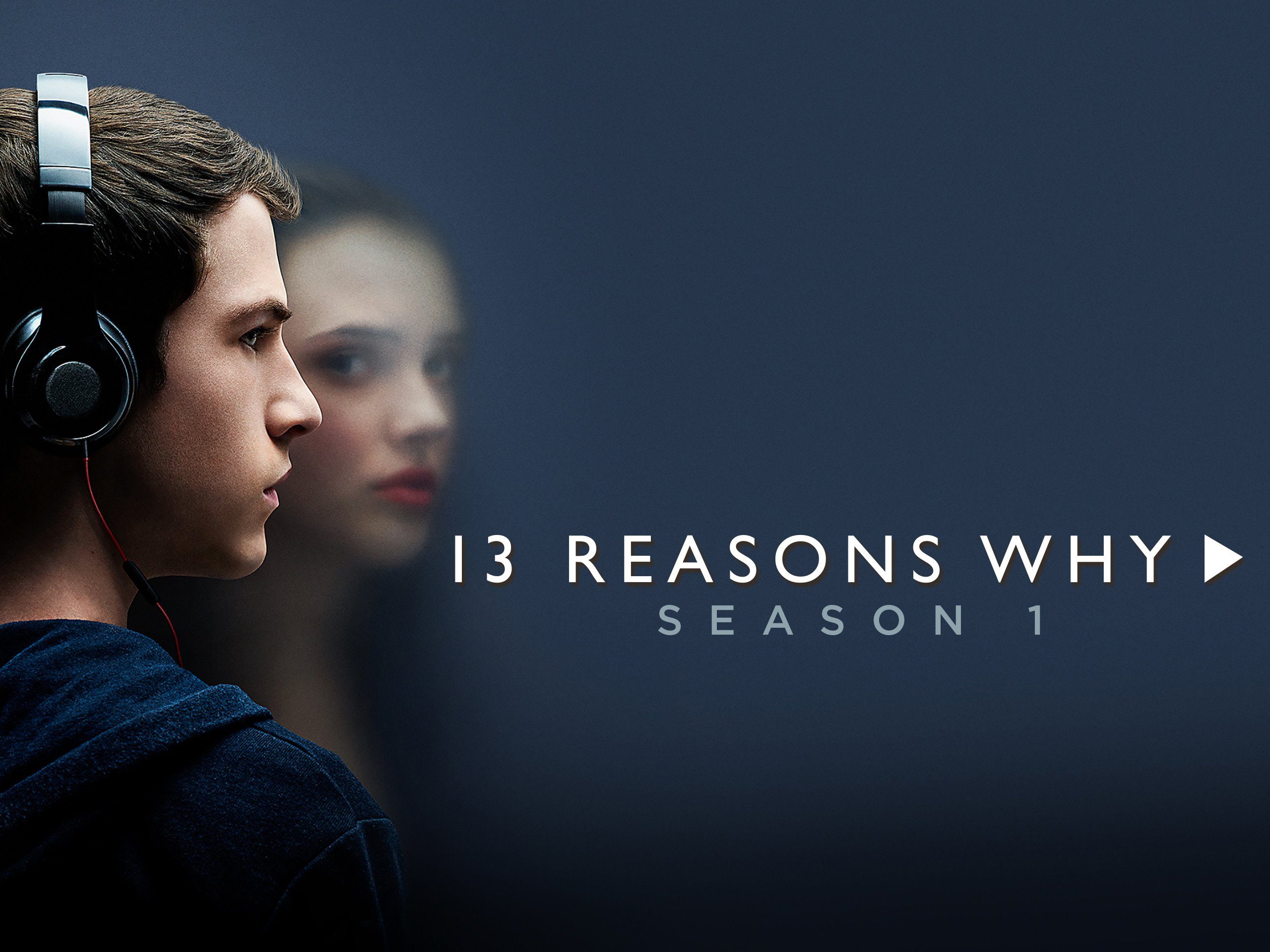 Hannah’s constant bullying which led to her suicide connects the dots to the Elite’s Class conflicts leading to Murder. Although ’13 reasons why’ does not have the rich kids vs poor kids situation. But still glimpses of it were seen through Bryce’s privileges as a rich white jock of the school.

Similar to Elite, this show also gently portrays the dark sides of society. And also portrays situations that any young person could be in. The relatability and raw representation in this show are what make it stand out. So, if you enjoy watching dramas like Elite, 13 reasons why is the one for you.

Have you ever randomly stumbled upon a show and binged it? I have and this is the one. And surprisingly it was fun and left me curious. The A-List is a supernatural teen drama where a summer camp trip becomes deadly. 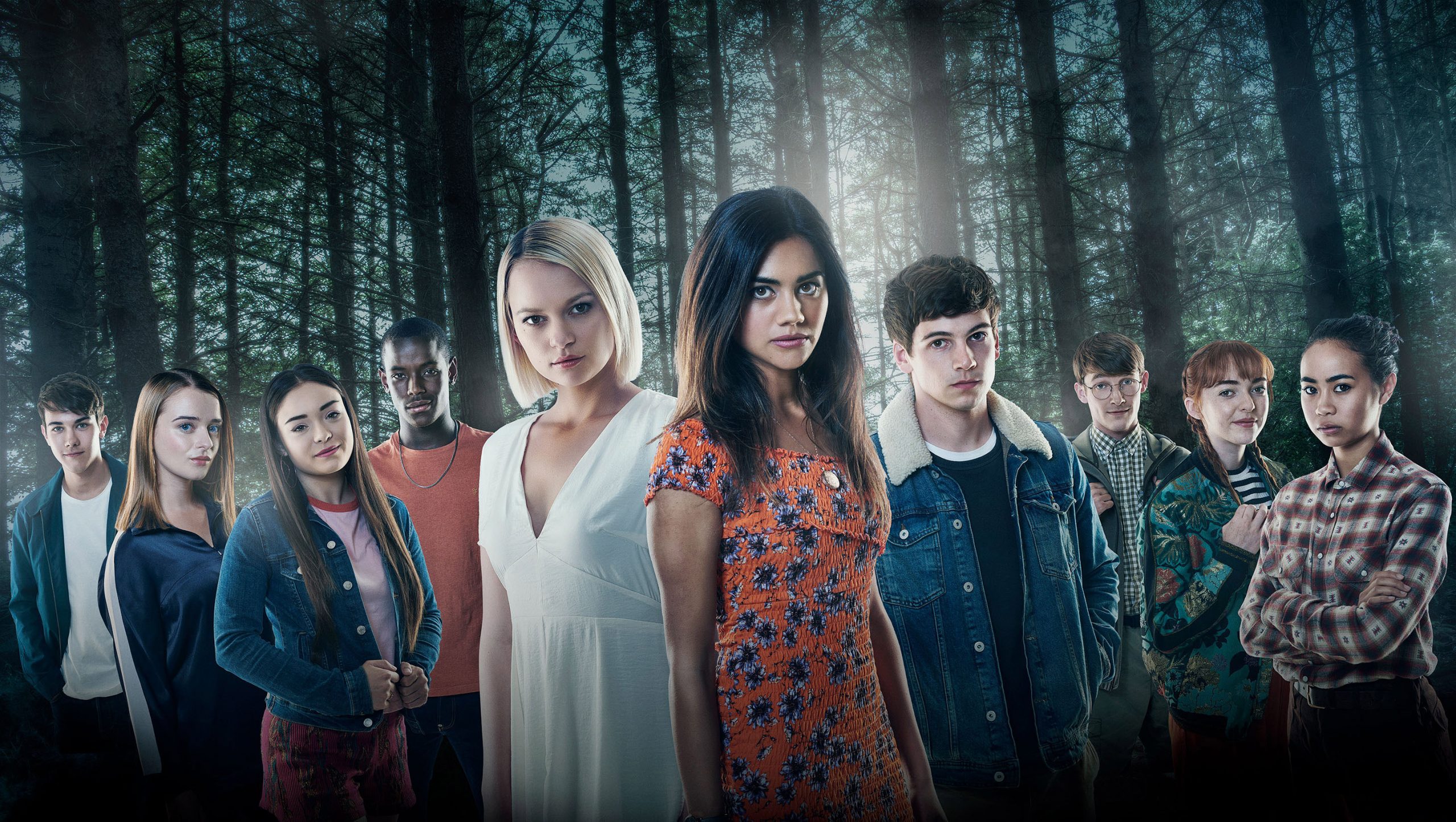 This series is full of surprises and the ending will leave you shocked. Elite although is not supernatural but the drama quotient is high for both the shows. Moreover, the mystery and romance of the shows also occupy the audience’s attention.

By far just two seasons of the series is out, which is binge-able. And since Elite season 6 requires a long wait. Check out this series to explore that genre more.

Talk about crime, teen drama, and all kinds of bizarre things, Riverdale is what comes to mind. The show was a massive hit for its dark plots and darker characters but it gradually lost people’s interest. Although it went too far with random twists, turns, and people keeping dead bodies like humans. Riverdale still has a close-knit dedicated fandom. 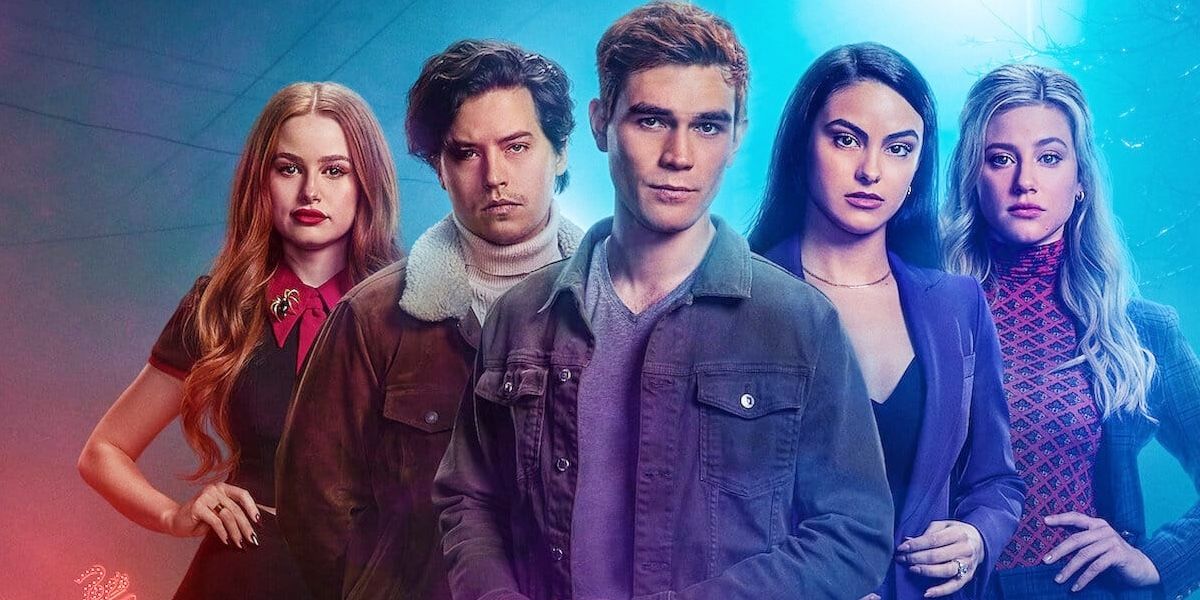 The show has its fair share of murders, mystery, and drama which makes it a close one to Elite. Riverdale focuses on students of Riverdale high and explores the lead character’s darker sides. And Elite’s characters also stand in a grey area, no one is perfectly good or bad.

If you are up for all kinds of drama and disasters, Riverdale is a great watch.

Are you Bibliophile? If yes then you must have read William Golding’s Lord of The Flies. The Netflix series ‘The Society’ follows a similar story with a modern tale. In the absence of adults, the teens try to form law and order in society which leads to conflicts. 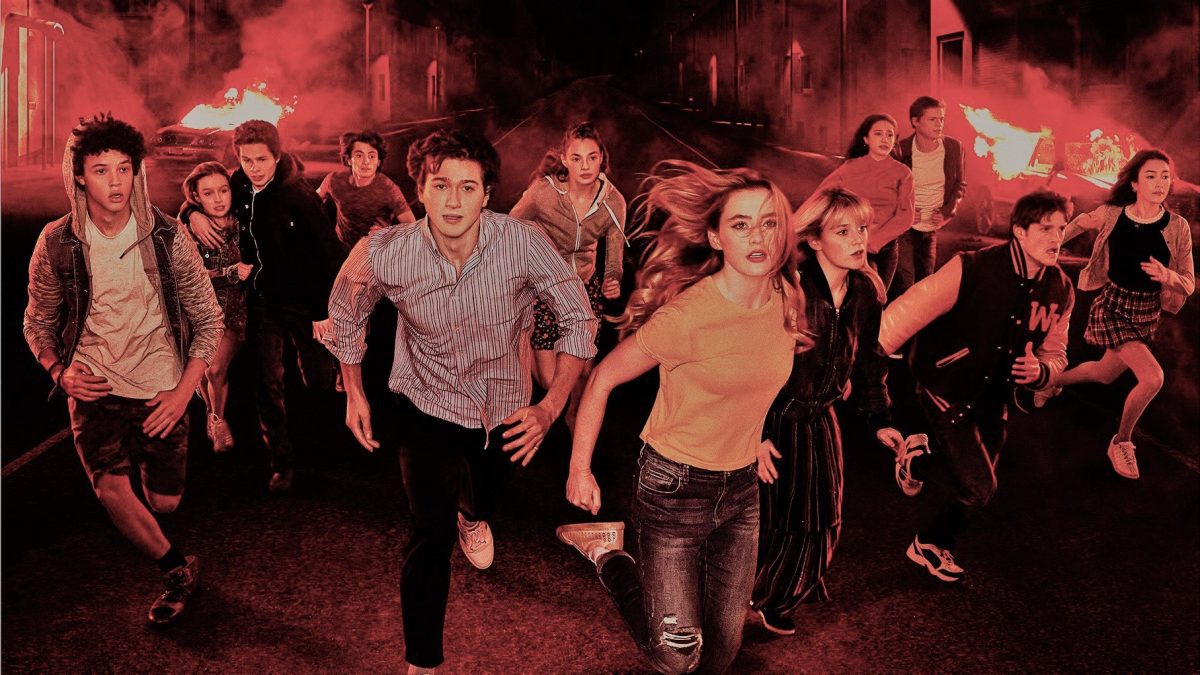 Besides the conflicts and drama and murders, ‘The Society’ is also a satire of the real society. And it delivers when it comes to mystery, drama, and thrill. Although it’s different from Elite in the sense that it’s forming a community while Elite is breaking it. It’s still a fun watch for teen drama fans.

Another hugely popular show I am sure you have heard of! Although it has 100 years old Vampires in it, the essence of it is still the lives of high schoolers. With a large fanbase and long seasons, this show doesn’t miss any genre at all. So, whether it’s drama, romance, comedy, thriller, horror, or crime The Vampire Dairies got it all. 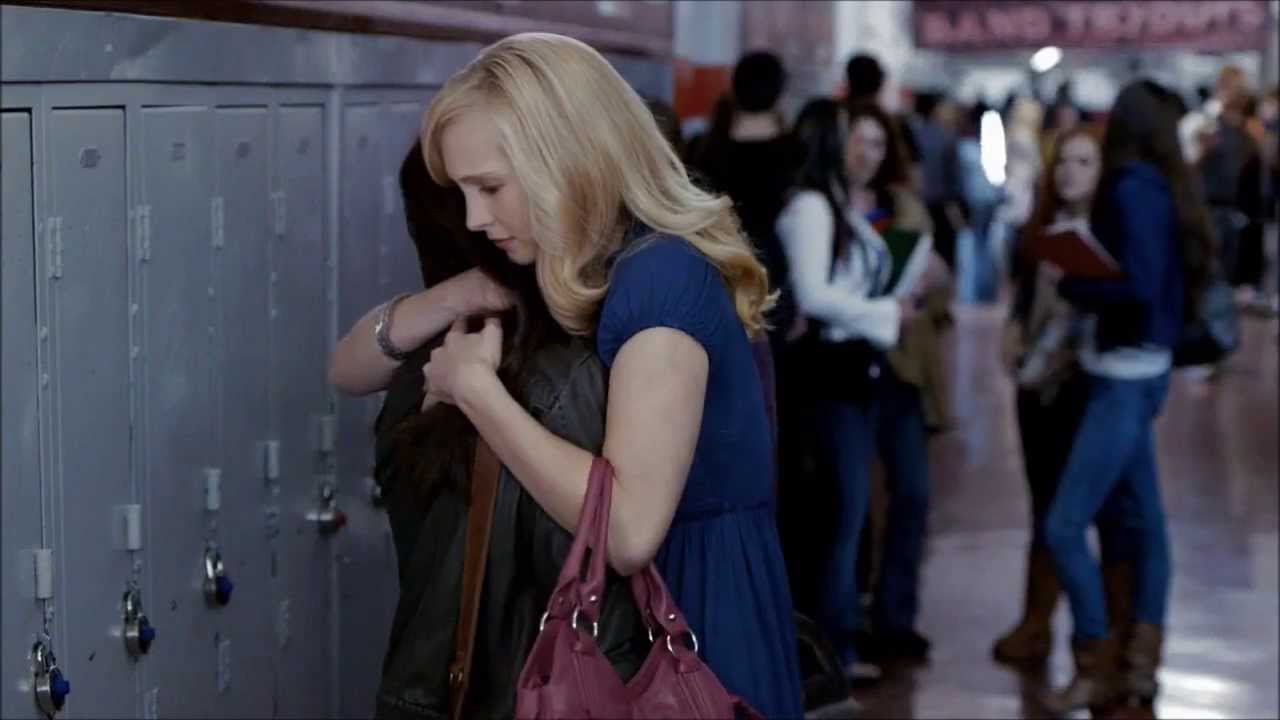 As an Elite fan, I would recommend this series for sure. Despite it being a long series, it still never gets boring. It will keep you on the edge of your seat just like Elite does. However, there’s more history here than mystery but they are all good storylines. So, if you’ve got the time, binge-watch it away.

A lesser-known but scandalous series, Baby is about a teen living a double life. It’s an Italian TV series on Netflix and is high on explicit content. And talking about explicit content, Elite is not far behind. 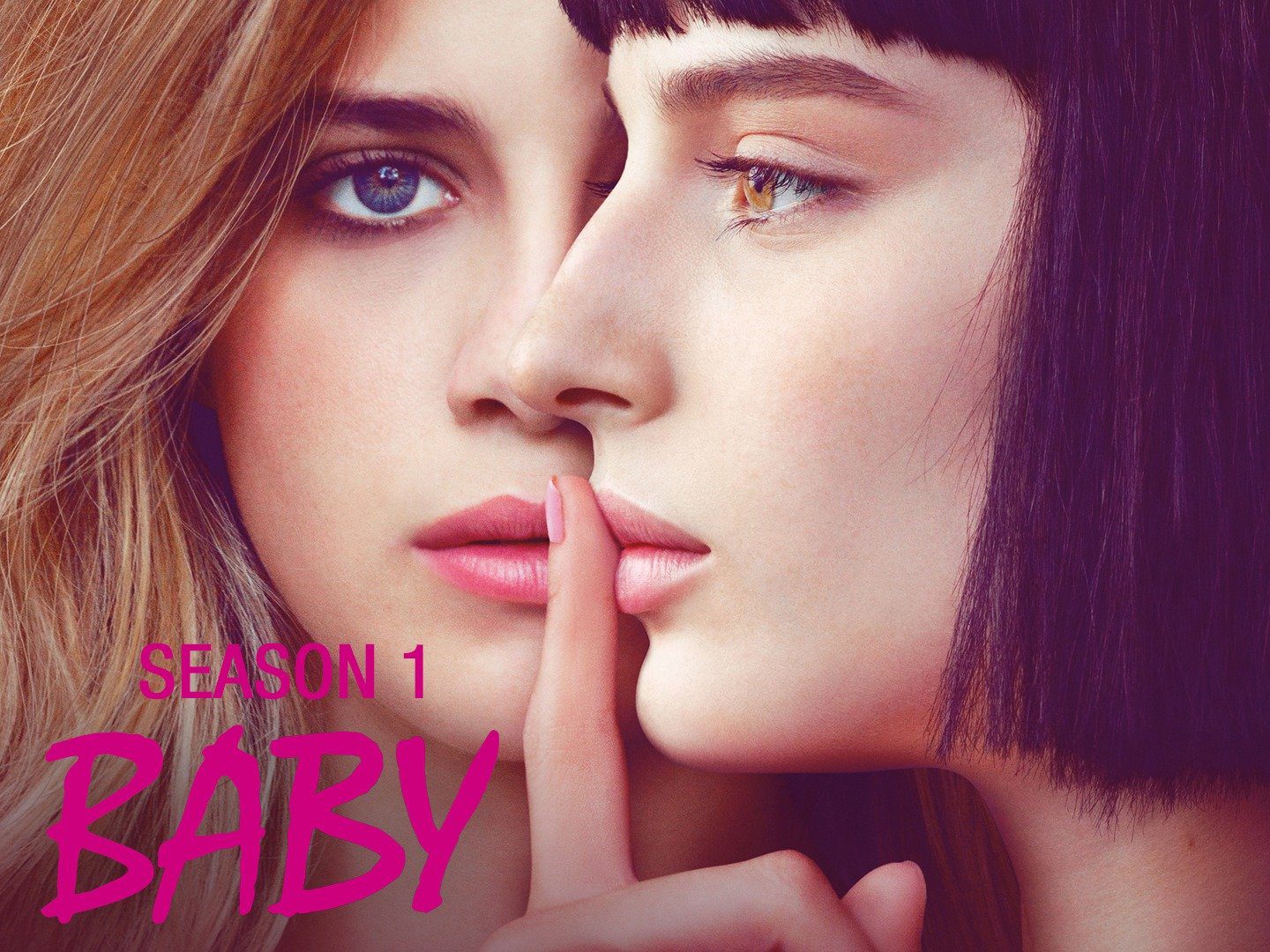 Moreover, Baby is also about a student from an elite university. But unlike Elite, the protagonist is trying to find herself outside of the school. And that gets her into sex work stuff. The story is unique and controversial, believed to be loosely based on real life.
If you are an Elite fan, you must love the mystery, betrayal, and thrill of doing things beyond the norms it offers. So, you should watch Baby as it’s a package of all those elements.

In the list of series similar to Elite, we have Chilling Adventures of Sabrina. It is also another supernatural teen drama following The Vampire Dairies and Riverdale. Netflix’s favorite half-witch-half-mortal Sabrina and her journey are what fans love. 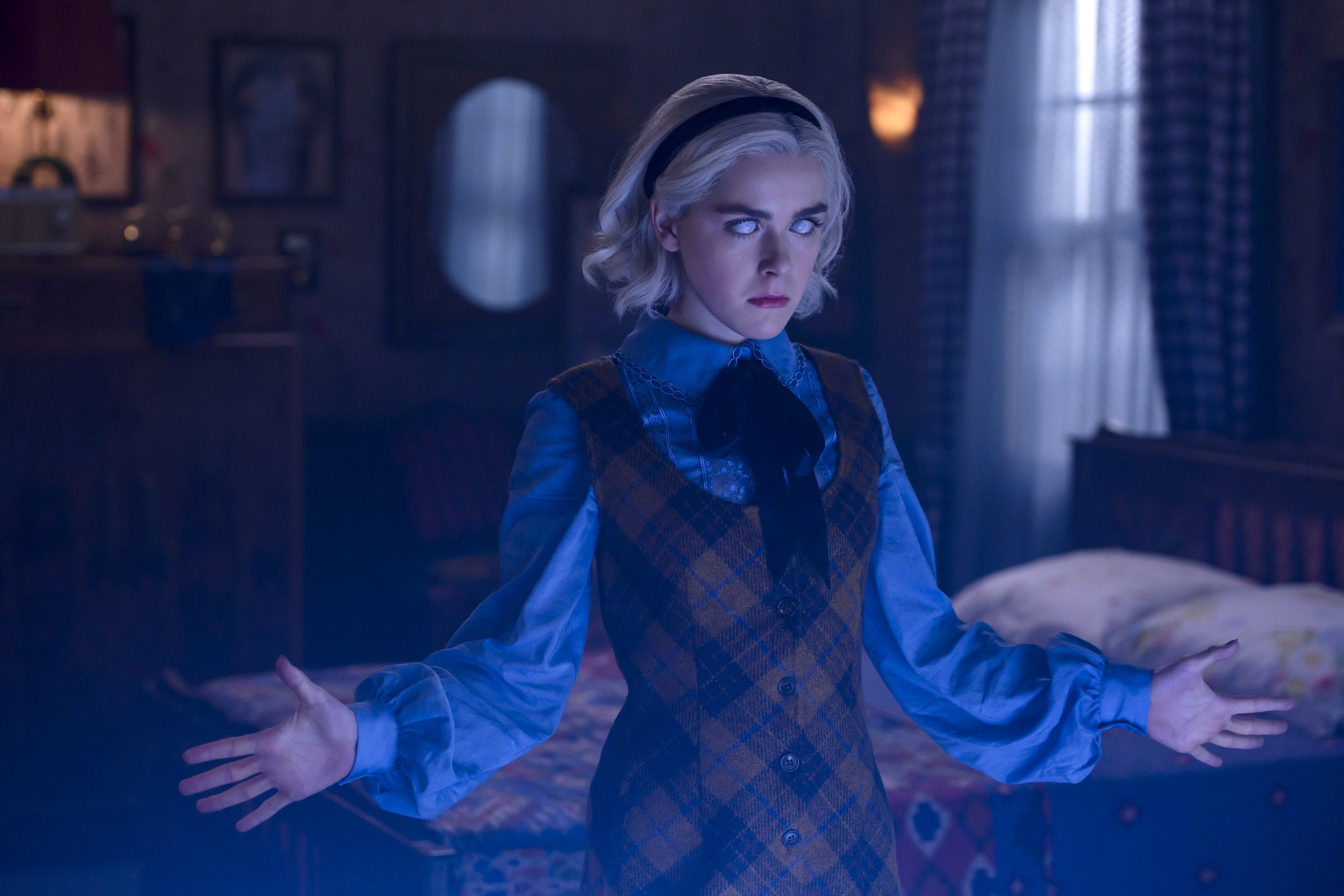 Still from the supernatural fantasy series: Chilling Adventures of Sabrina

You should watch Sabrina for its thrilling plotlines and adventures. While the teens of Elite tackle the inner circle conflicts, Sabrina tackles evil supernatural stuff. However, Chilling Adventures of Sabrina solely focuses on her story. Whereas Elite is more about communities.

Nevertheless, you will not regret watching any of these shows, if you are a sucker for drama, crime, thriller, and all of the above.

Outer Banks is one of the best TV shows on Netflix right now. And it’s been getting all the good reviews for its shooting style, location, and acting skills. But the main theme of this series is its essential goodness. There are no grey characters, only good or bad, unlike shows like Elite, and Riverdale, 13 reasons why. 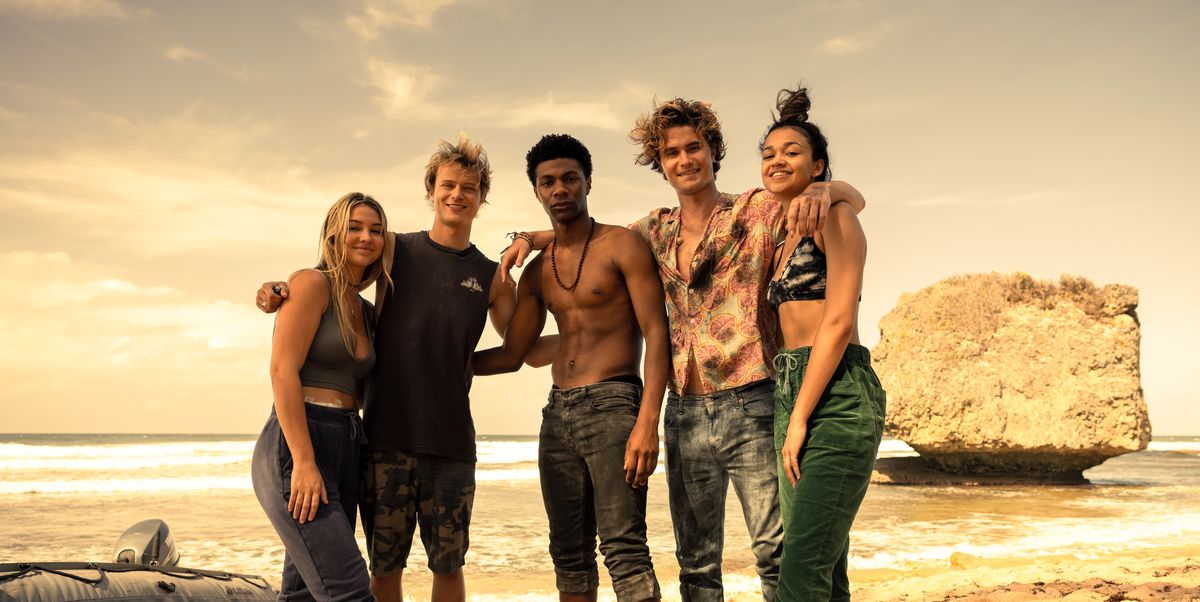 A group of Friends navigating through obstacles that comes between their final goal. And of course, has all kinds of drama and mystery and in this case, adventure. Outer Banks is loved by fans for its relatable issues & unexpected storyline. Since the show can take you anywhere, the stakes are always high. Similarly, with Elite, the sudden twists and turns make the show worthwhile.

Sex Education although far from violence is upfront in tackling sensitive issues. It might be too sexually explicit for some people but if you have watched Elite, this is not new for you. Besides the explicit part, Sex Education is also an elite school or the students certainly act like it is. And if you watch Elite for its sassiness, you’ll love Sex Education as it has loads of it. 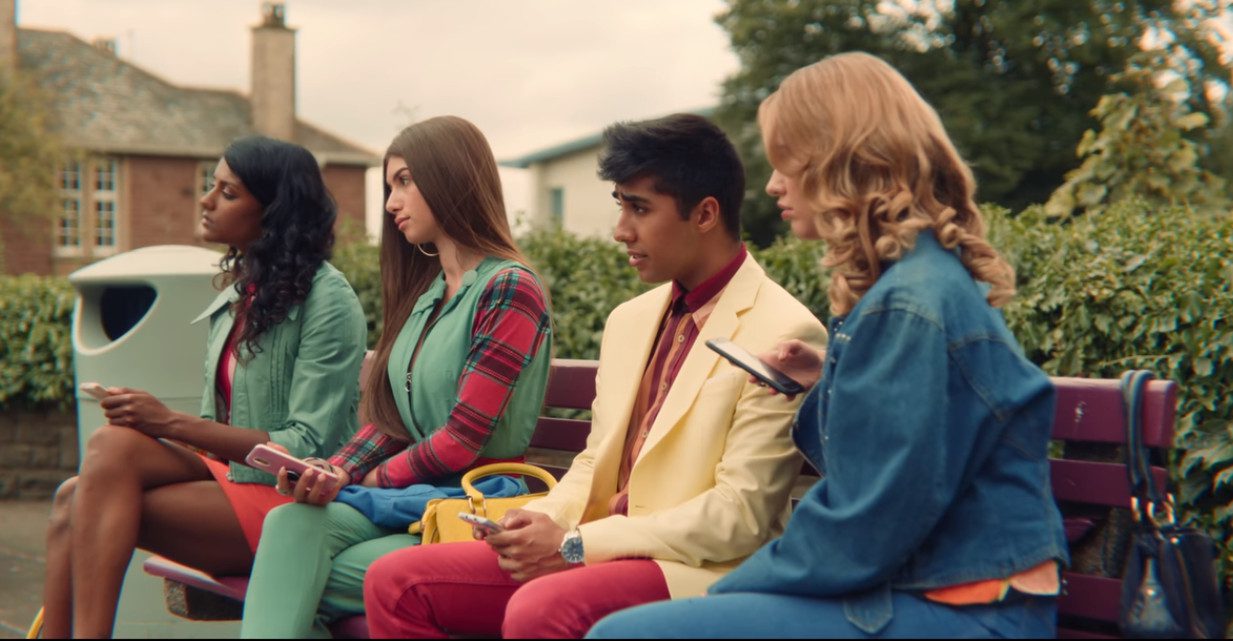 Sex Education also deals with real-life situations like romance, heartbreak, family drama, and so on. And you can find all of the above in Elite as well. So, are you still thinking about watching this series? what is stopping you, just go for it! You can always skip the sex scenes.

If teen dramas are your thing, I am sure you’ve binged Euphoria already. One of the biggest television shows of this genre right now. Apart from its fame and accolades, Euphoria is one dark hole of a series. The insane amount of nudity and drugs will start you off on the wrong foot but would not stop binging. Even though it’s an exaggeration of what high school life is like, *the emphasis on the high* is somewhat real. 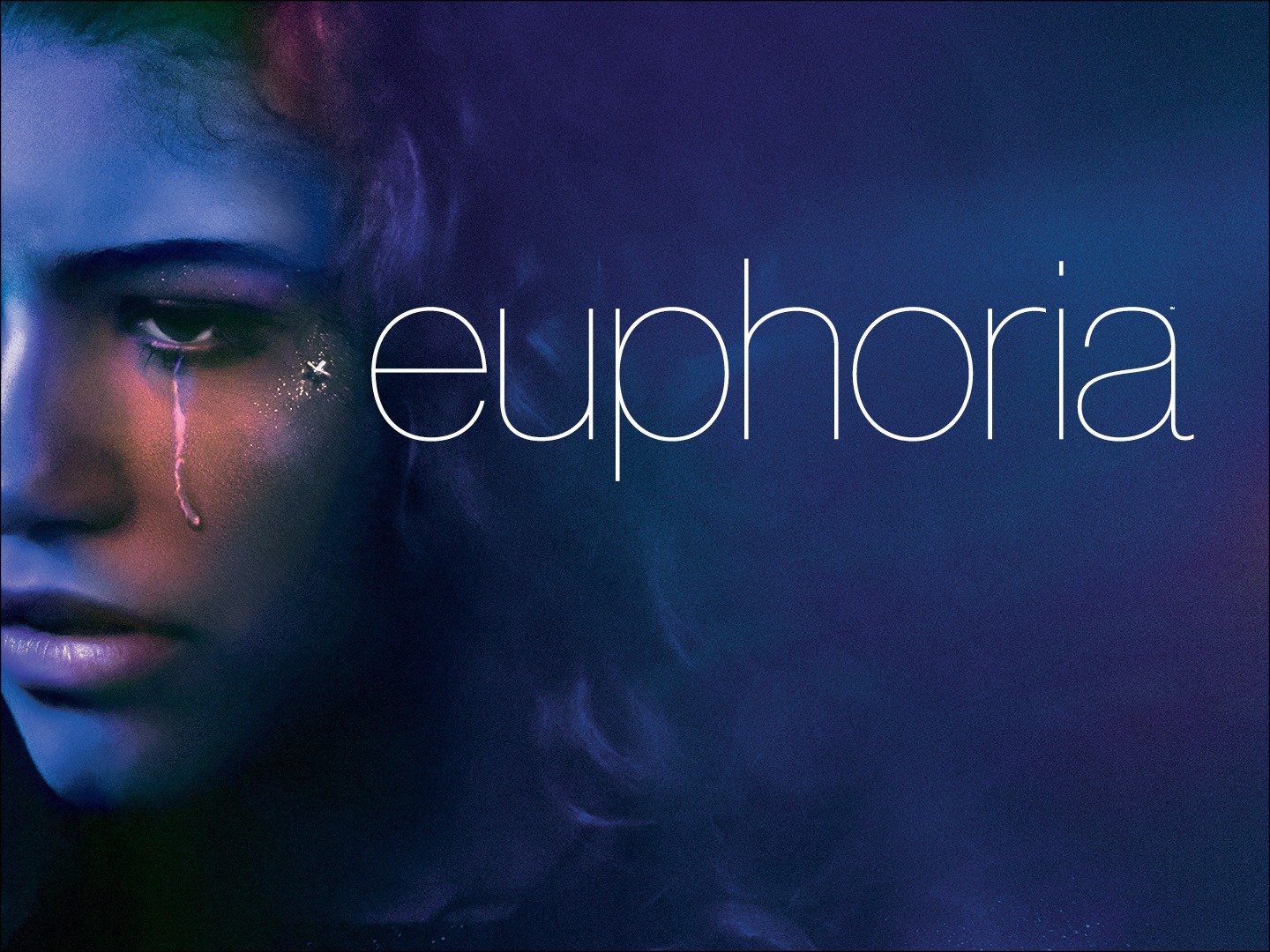 It has got everything from sass, and drama to abuse and violence, you name it. Elite very much gives off Euphoria vibes with its friendships, relationships, sex, and rich people’s problems. If you’ve loved Elite, then Euphoria is your booster pack.

However, Euphoria and Elite are a tad different in terms of their themes. The former might not be as murderous as the latter but the explicit nudity is surely common here. Both the shows are scandalous but they are a treat for the teen drama fans.

Also Read: Top 10 Marvel Characters Who Deserve Their Own Film In The Upcoming Phase 5