The show is currently in its 5th season

Currently, in its 5th season, Snowfall has gathered a lot of fans around the world. The genre of crime drama has turned out to be one of the most loved genres. Hence it is obvious that people would love to know more about several series and shows like Snowfall. A crime drama which is based in the year 1983 America, Snowfall came with its 1st season in the year 2017.

Starring the likes of Damson Idris, Carter Hudson, Isaiah John, Angela Lewis, and Emily Rios, the show was very well received, and therefore it has been renewed four times since. Focused on the crack epidemic in the year 1983, the show is based in the city of Los Angeles and the period when the hard drug usage soared to ever-increasing levels. The plotline of the show starts with four different people, as they cross each other’s paths and their lives take turns.

There have been several shows throughout the years that are based on the crime genre, exploring topics like the illegal drug trade. The fans of Snowfall would definitely love these shows that we are going to mention. So let us start with series/shows similar to Snowfall (2017-present). 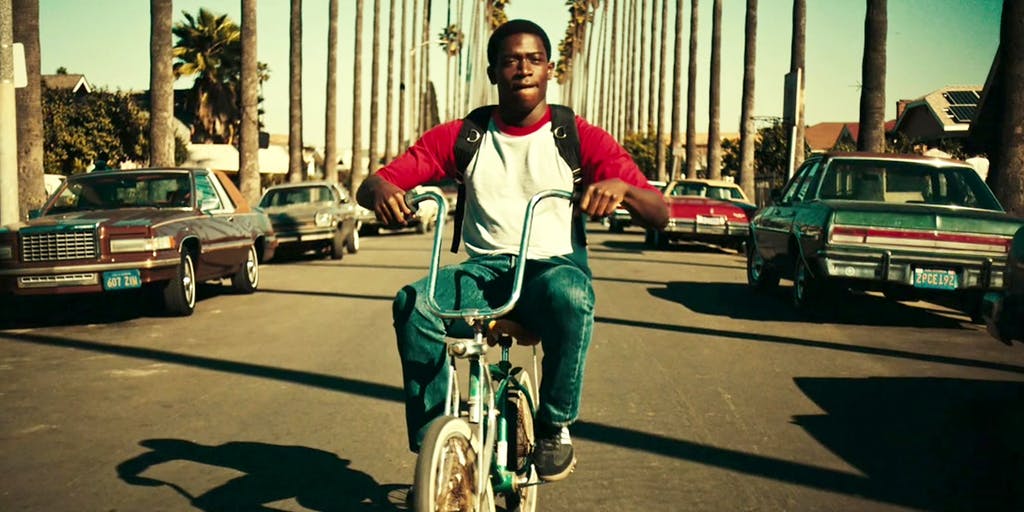 A scene from the show Snowfall

Not even speaking of the Crime genre specifically, The Wire is one of the best shows out there. Initially released in the year 2002, the show has gone on for five different seasons with a total of 60 episodes. Starring the likes of Idris Elba and Andre Royo, the show is standout in its treatment of storylines and plot. With the same characters, the show takes a new institution (crime, bureaucracy) each season and develops recurring storylines to explore the grim realities of the after mentioned. 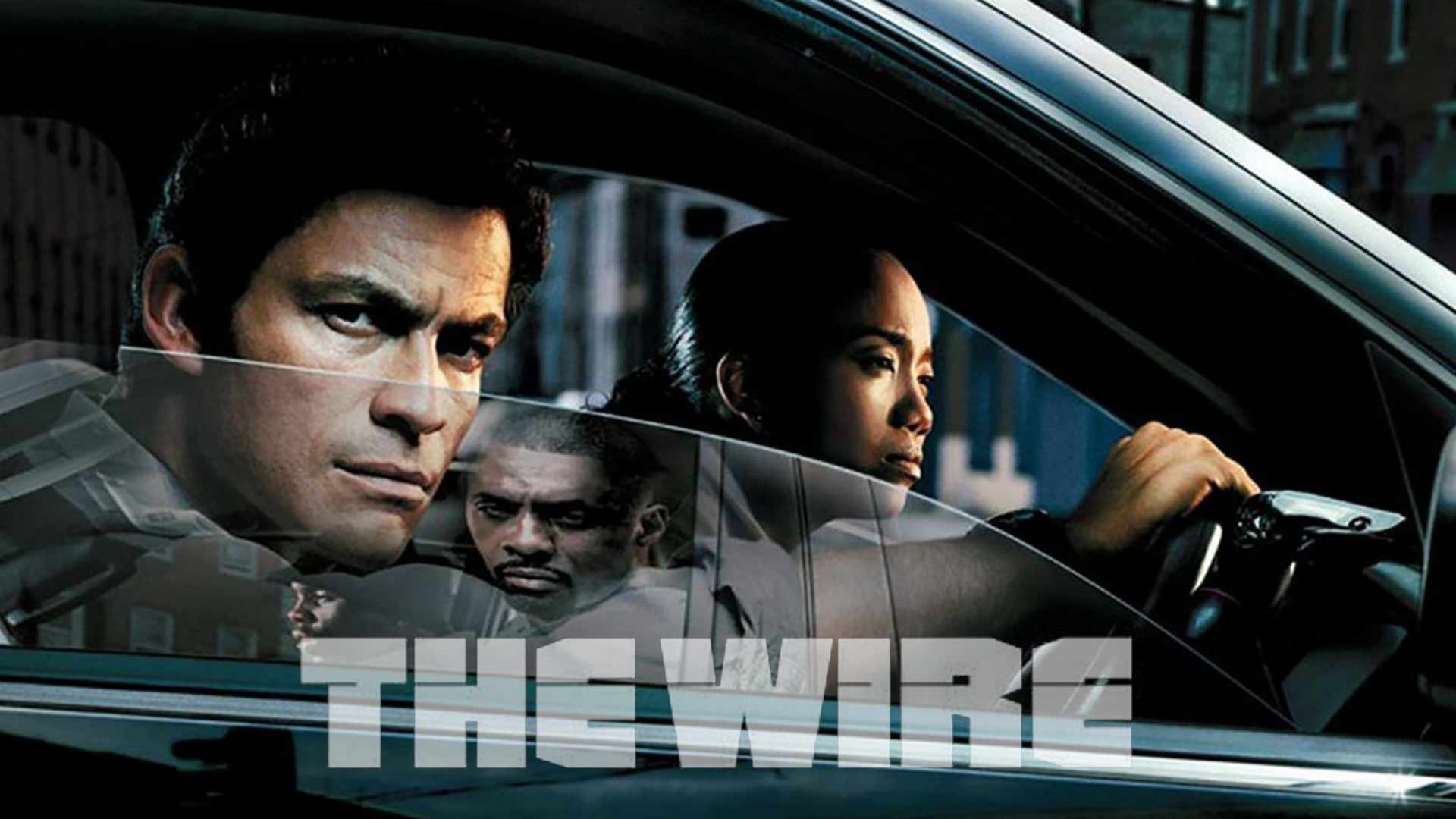 The show is ranked among the top shows around the world

In January 2008, Vince Gilligan brought among us probably one of the most beloved shows around the globe in the name of Breaking Bad. Starring Bryan Cranston and Aaron Paul, the show introduced to us one of the TV history’s cult characters – Prof. Walter White. A chemistry professor by profession, Walter White teams up with Jesse Pinkman in the drug trade market. Mr. White knew the chemistry while Jesse knew the business. Hence they start cooking meth, and the show begins. We are entertained and hooked until we reach the 62nd and last episode of the cult classic. Viewers of Snowfall should watch Breaking Bad due to the genre and the premise similarities these two shows have. 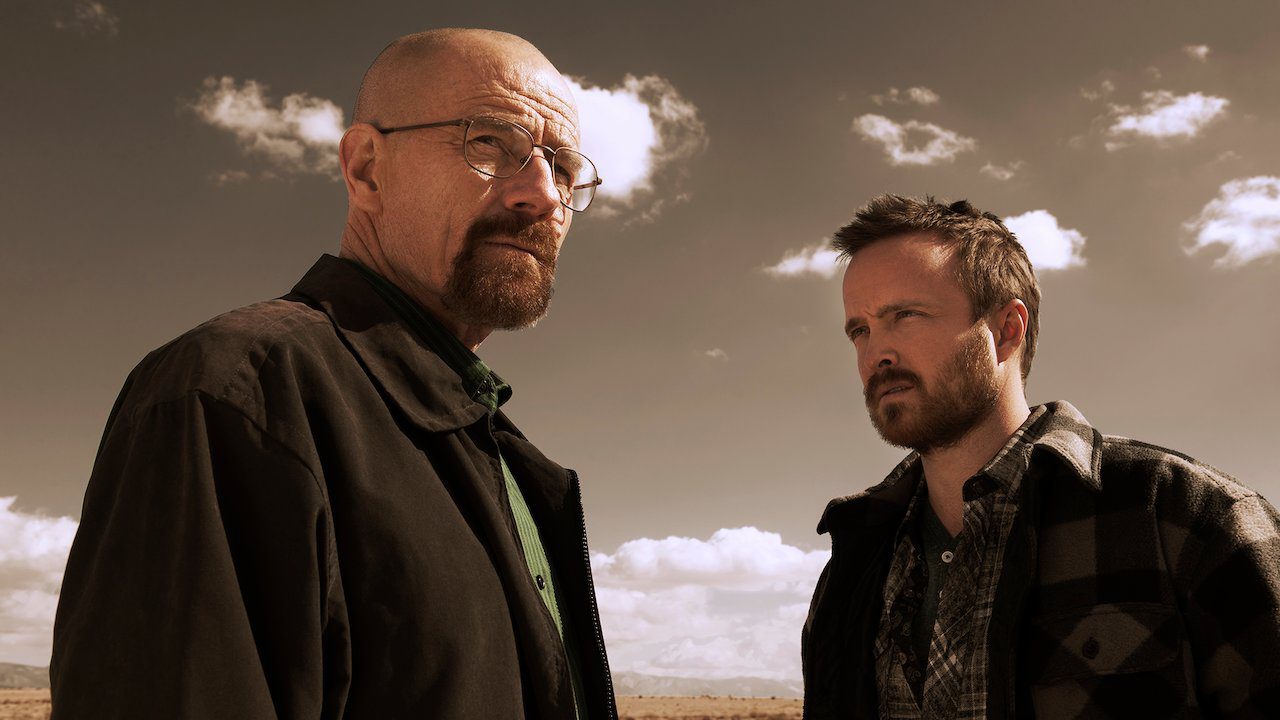 The show has won 16 Emmys in different categories

The title gives away the premise of the show at the very beginning itself. But the show is worth a binge-watch on a lazy afternoon on any day of the week. Starring Maximilian Mundt, Anna Lena Klenke, Danilo Kamperidis, Damian Hardung, Luna Baptiste Schaller, Leonie Wesselow, and Bjarne Mädel, the teen drama set in the world of drug trade, explores the journey of a guy who, in the process of acting pompous and getting famous in the eyes of others starts selling drugs from his bedroom on the internet. The guy soon finds himself slowly turning into a drug overlord. The show is currently in its 3rd season and can be watched on Netflix. 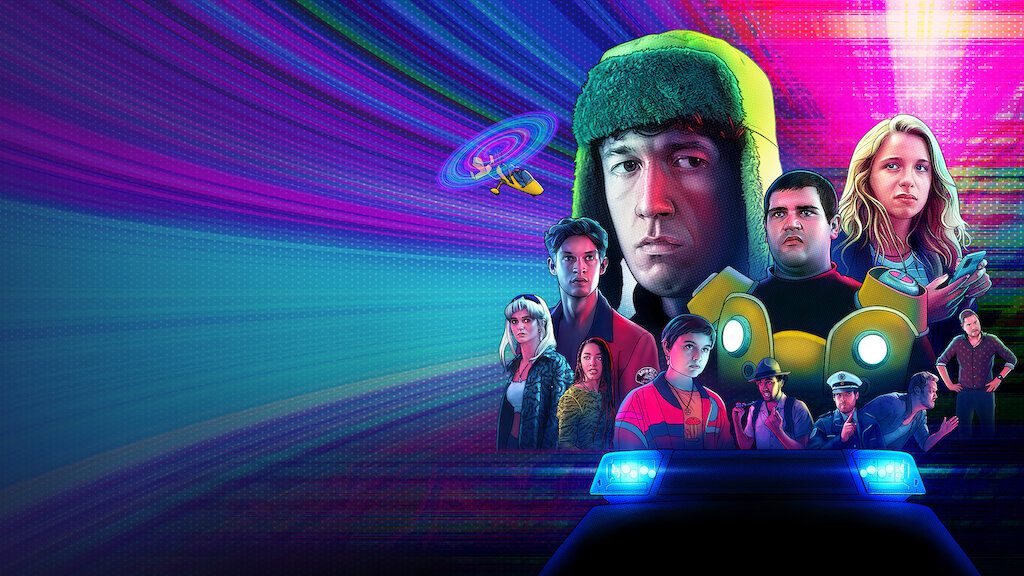 Well, any list including the words’ crime genre’ and ‘drugs’ cannot possibly be ever completed without the mention of Netflix hit Narcos. Based on the life of one of the world’s most notorious, affable criminals in history, a drug lord in the name of Pablo Escobar, the show has a total of 3 seasons. Columbia’s drug cartels are known by almost everyone, all thanks to the internet. Once one of the World’s richest, Pablo Escobar used drugs and made a life full of royalty, staus, power by it. The man has an urban legend all over the world. Hence the three seasons of the show bring alive the life of the drug overlord alive on the digital screen. Wagner Moura has played the character of Pablo Escobar. 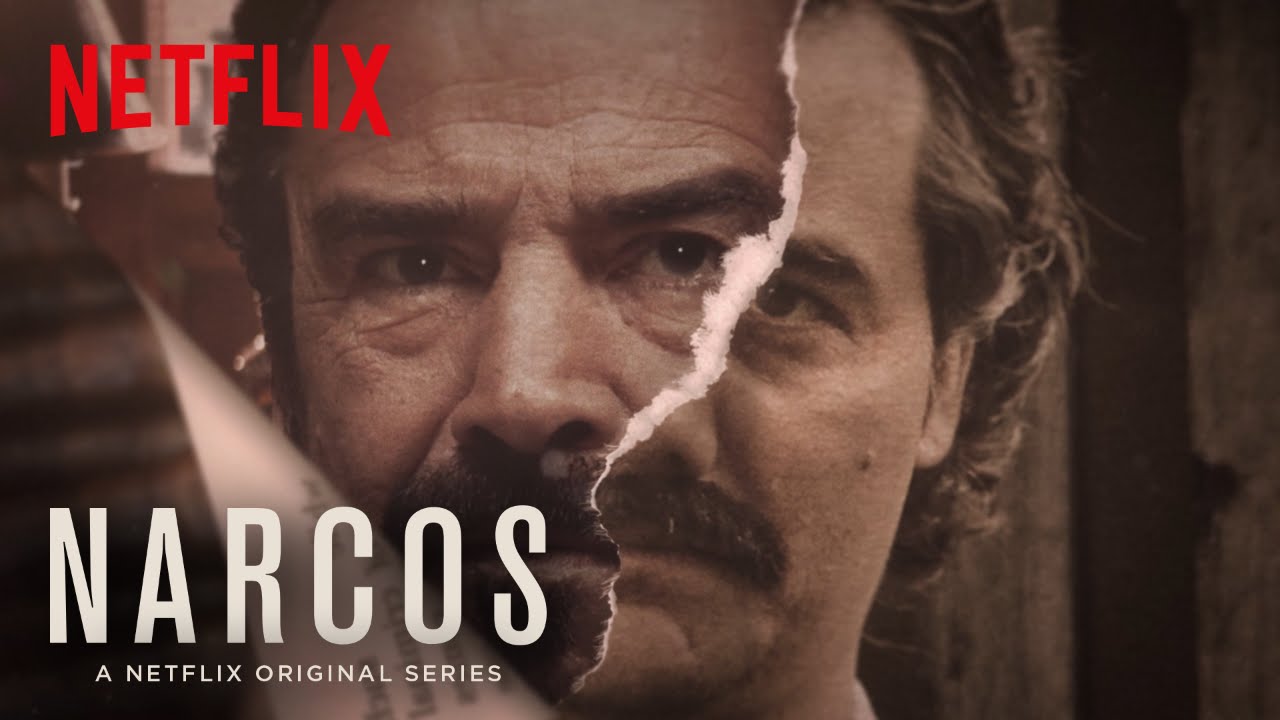 The show sheds light on the unknown world that exists among all of us, and we are pretty much unaware of it, untouched by it. Snowfall as a show is just a mere tip of the iceberg for the shows based on drugs and crime. You have to watch Narcos in order to reach the bottom of the ocean. The show has a spin-off named Narcos: Mexico, where the cartels in the North American country of Mexico are in focus.

A Belgian- Dutch language crime drama series, Undercover, was released in the year 2019. Although the series is shot in a completely different language, the show has hooked English language viewers too. The main premise and storylines of the show are all inspired in one way or another by real-life events.

The main focus of the show is the undercover operations that take place to take down the drug kingpins of the country. People, in general, have loved the shows revolving around these big illegal operating organizations, irrespective of language preference. The success and reception of Narcos is a prime example of it. The show currently has three seasons which all can be watched on Netflix.

The show’s cast includes Anna Drijver,Tom Wales, Murat Seven, Raymond Tiry and Frank Lammers. The show’s worldwide popularity can be accustomed to various propositions of the show, like the thrill and excitement of the story. The audience surely loved the adrenaline-filled chase sequences and plots the show provides. If you liked Snowfall, there is a high chance that this show will be your instant favorite. 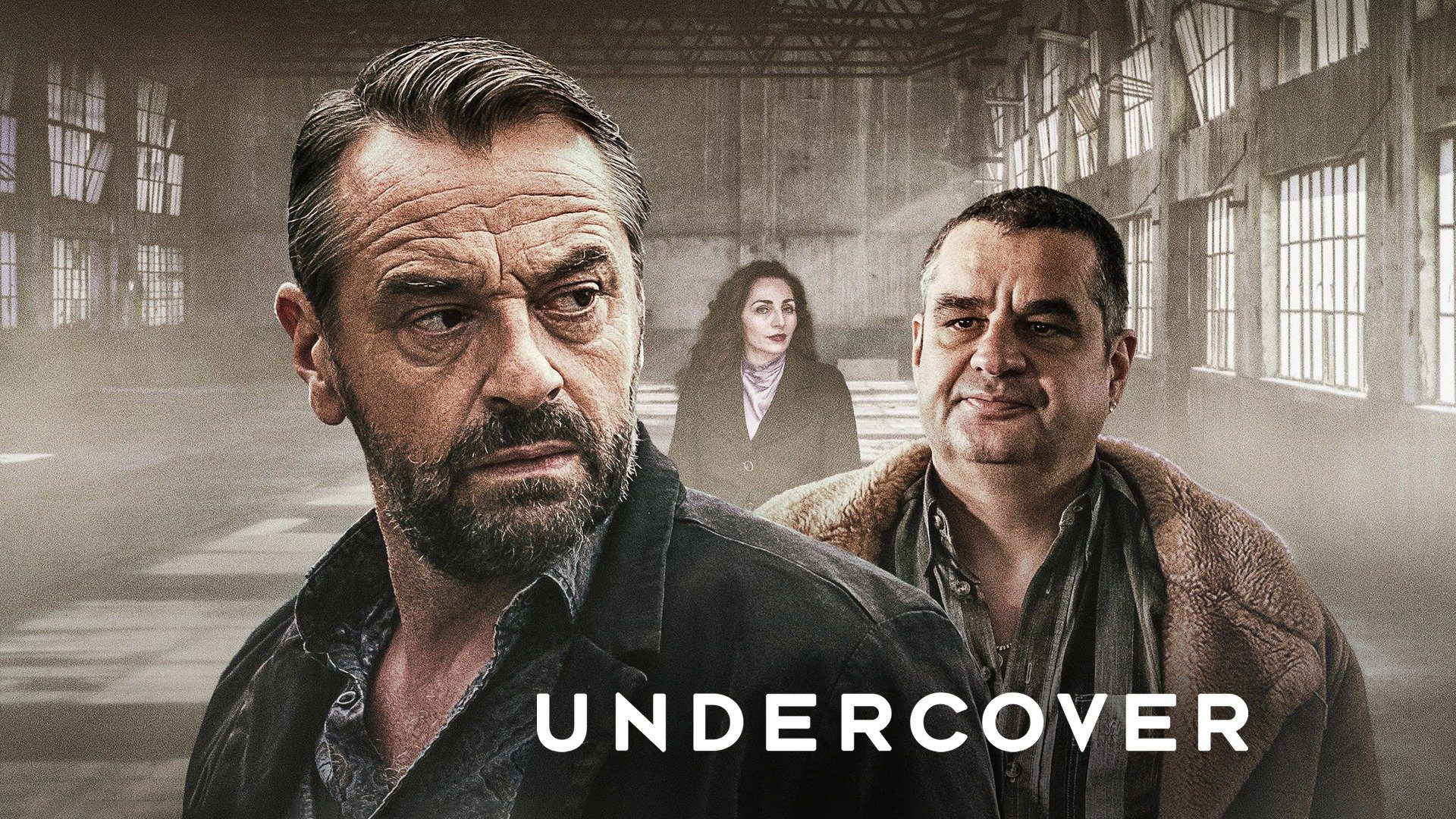 The show can be watched on Netflix

Based upon real-life cases of 1989, the basic premise of the show is the chase of an armed car robber’s family. The FBI attorney assembles a team to catch the phantom killer and crack down the crime family.

Spanning up to 2 seasons and including 18 episodes, the concept is not new. The theme and plot devices are not fresh and are neither new. But the show really stands up from the performance point of view. The execution of the show is top-notch and applaudable. The acting performances of the show made the show quite entertaining too. Available on Disney + Hotstar, the show has a cast that includes Kevin Bacon, Aldis Hodge, Amanda Clayton, Cathy Moriarty, Kevin Dunn, and Jill Hennessy.

The show has been renewed for 3rd season and is expected to release this year. 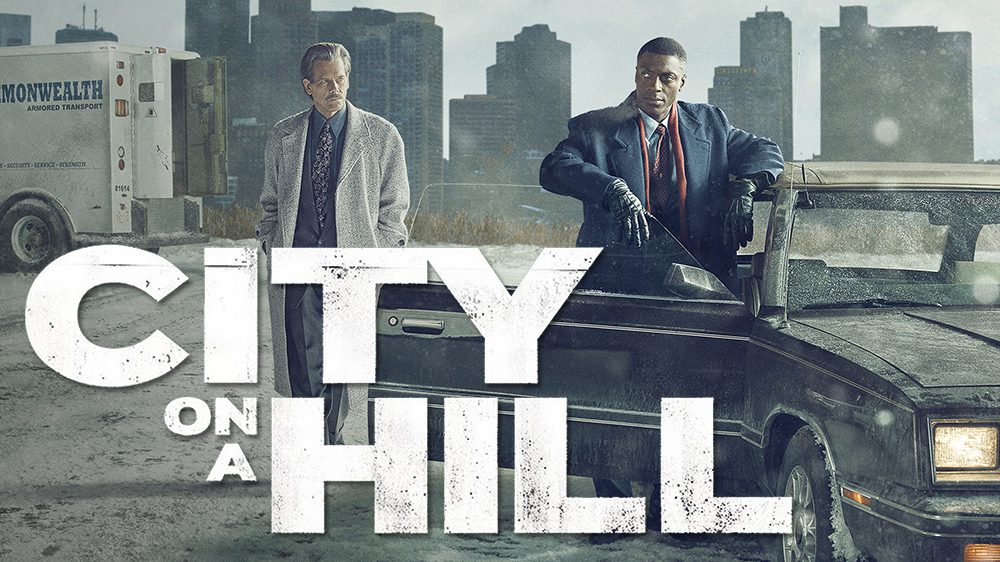 City On A Hill poster

The show has a familiar concept but still has something new to present to the audience. An Italian drama, the show takes inspiration from real-life families and cartels to draw the premise. Based on the book of the same name written by Roberto Saviano, the show is basically a drug shipment journey that leaves from its base in Italy and traces it down while it travels through the parts of Europe and other continents before it reaches Mexico. The show involves an American Lynwood family, which covers the entire trajectory of the shipment through shipping. 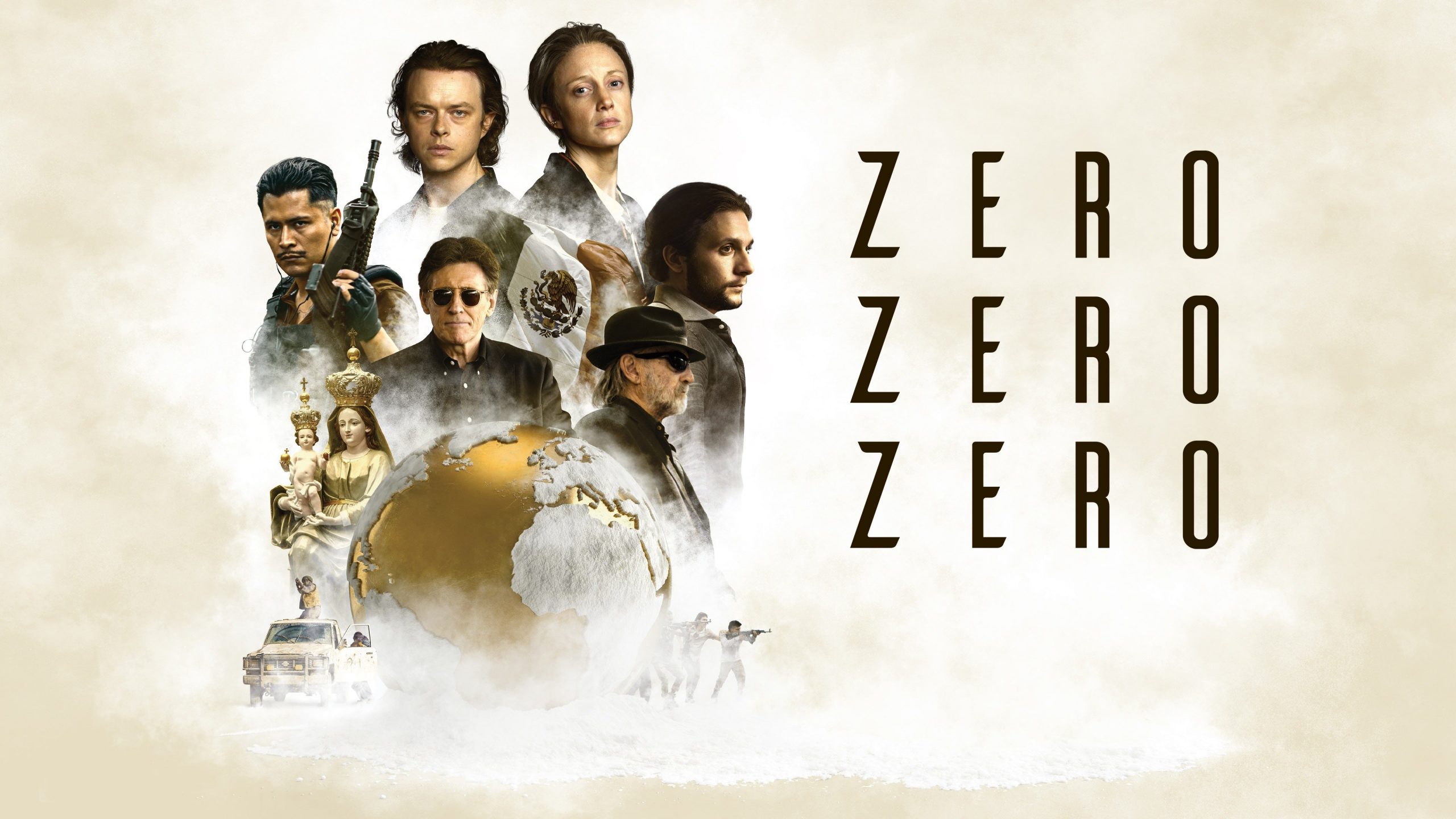 Drug Lords is a docu-series that is focused on exploring the real-life and behind-the-scenes of the activities that go down in the drug business. The business of drug export and usage has been explored via the docu-series with the help of real-life journalists and activists who have been following such cases for a while. The docu-series includes various incidents that include the likes of Pablo Escobar and The Pettingill Family. Such incidents are dramatized and provided in the docu-series. The docu-series is basically a report on the real-life drug lords and kingpins. The show can be viewed on Netflix.

So this is it for the list of series/shows to watch if you loved Snowfall. If not watched yet, you can catch Snowfall with all its seasons on Disney+ Hotstar.

Also Read: Bryce Dallas Howard’s Best Movies That You Should Know About 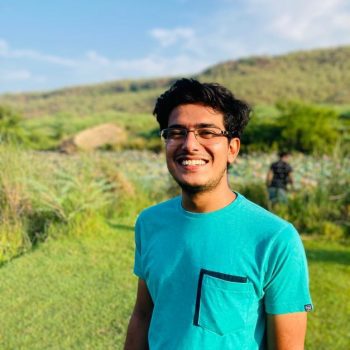