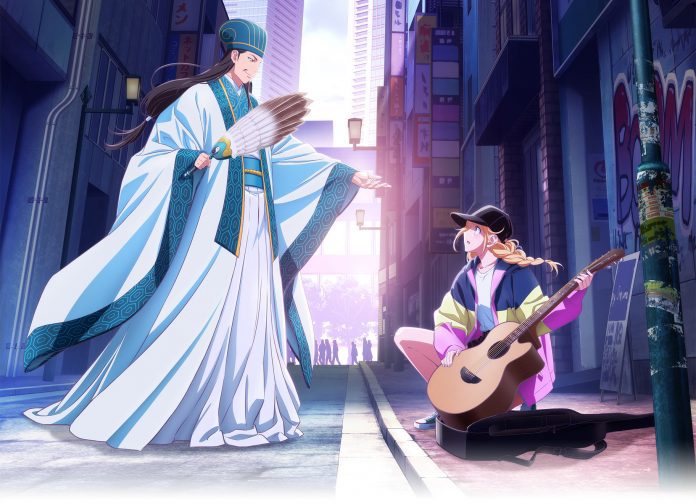 Paripi Koumei Episode 7 release date is what we will address. Paripi Koumei also known as Ya Boy Kongming! anime was originally released as a manga series authored by Yotsuba Yuto and illustrated by Ogawa Ryo. Kodansha Publications published the manga and serialized it in different magazines.
The manga premiered on 31st December 2019 and so far seven Tankōbon volumes have been released. Every week, a new episode of an anime series is released. In this article, we will know about Paripi Koumei Episode 7 Release Date. so let’s get started.
P.A.Works Studio would produce the anime adaptation and release it on Tuesday, 5th April 2022. It revolves around a very clever and well-known strategist Zhuge Liang Kongming, combining modern and ancient concepts in a comedy series. Despite this, he died during the Battle of Wuzhang Plains but chose to be born in a peaceful place.
So, he was taken into modern Japan, where a costume party was going on. With the mind of a strategist, our ancient Kongming will now try to survive in a modern world. Episode 6 is titled “Kongming’s Freestyle” and the episode 7 date is out but we have to wait a little longer to know what will happen in episode 7 of Paripi Koumei.

Paripi Koumei Episode 6 starts At the BB Lounge, Kabetaijin observes a rap battle and considers leaving, until he hears Eiko sing a song that brings back memories of the time when he discovered rap and overcame his social anxiety by becoming part of a rap group. As rapping became more natural, Kabetaijin grew in skill and became a champion rapper.
When Kabetaijin tries to leave, Kongming appears on stage to challenge him once again. Kabetaijin quickly accepts, and the two then begin a rap battle, which Sekitoba witnesses. During the battle, Kabetaijin’s passion for rap is revived, as he completely overpowers Kongming and admits defeat. Sekitoba leaves happy and honored that his rival has returned to rapping.

Kabetaijin replies that his wish to return to rap has already been granted, but he still decides to join Kongming’s band. Unknown to everyone, Kongming had manipulated the situation by adding stomach medicine to Kabetaijin’s drinks and using a spy to figure out Kabetaijin’s favorite songs. He explains how an effective way to entice the enemy to move toward you is to offer him something of benefit to him.

Paripi Koumei (Ya Boy Kongming!) Episode 7 Release Date is set to be released on May 12, 2022, Thursday at 11:00 PM (JST). while there are not any spoilers reveal yet we can hope this episode is good as episode 6. 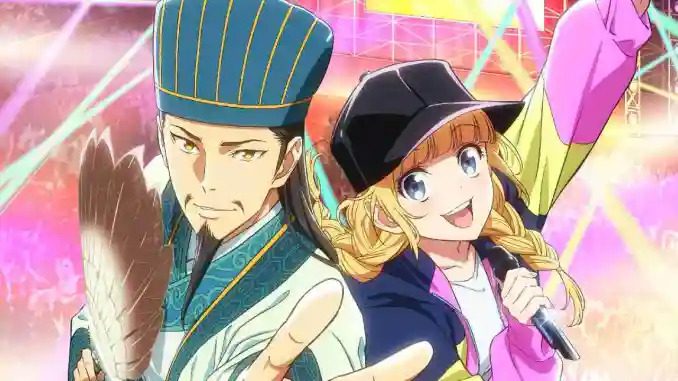 What is Paripi Koumei About?

Yuto Yotsuba and Ryo Ogawa have written and illustrated Ya Boy Kongming, a Japanese manga series that has been released on Comic Days and Weekly Young since December 2019. A new P.A.Works television series will premiere in the spring of 2022 after it is compiled into seven tankbon volumes. After a life spent fighting and skirmishing with the military, Kongming, a specialist in military strategies, is reborn in a peaceful and prosperous society in Shibuya, Tokyo, through fate and reincarnation.

In nearly two millennia, an entirely different world has emerged from the one he knew before, and he is struggling to make sense of things. Seeing Eiko introduce his new pal to his self-taught guitarist, he forms an odd connection with him. In this new environment, Eiko and Kongming have to learn how to navigate together, and Kongming has to learn how to become a star.

Kodansha’s Comic Days website will feature Ya Boy Kongming by Yuto Yotsuba and Ryo Ogawa from December 31 through November 16, 2021. The series will air on Weekly Young Magazine beginning November 22, 2021. Each chapter of the novel has its Tankōbon volume produced by Kodansha. As of November 18, 2021, there have been seven volumes published.