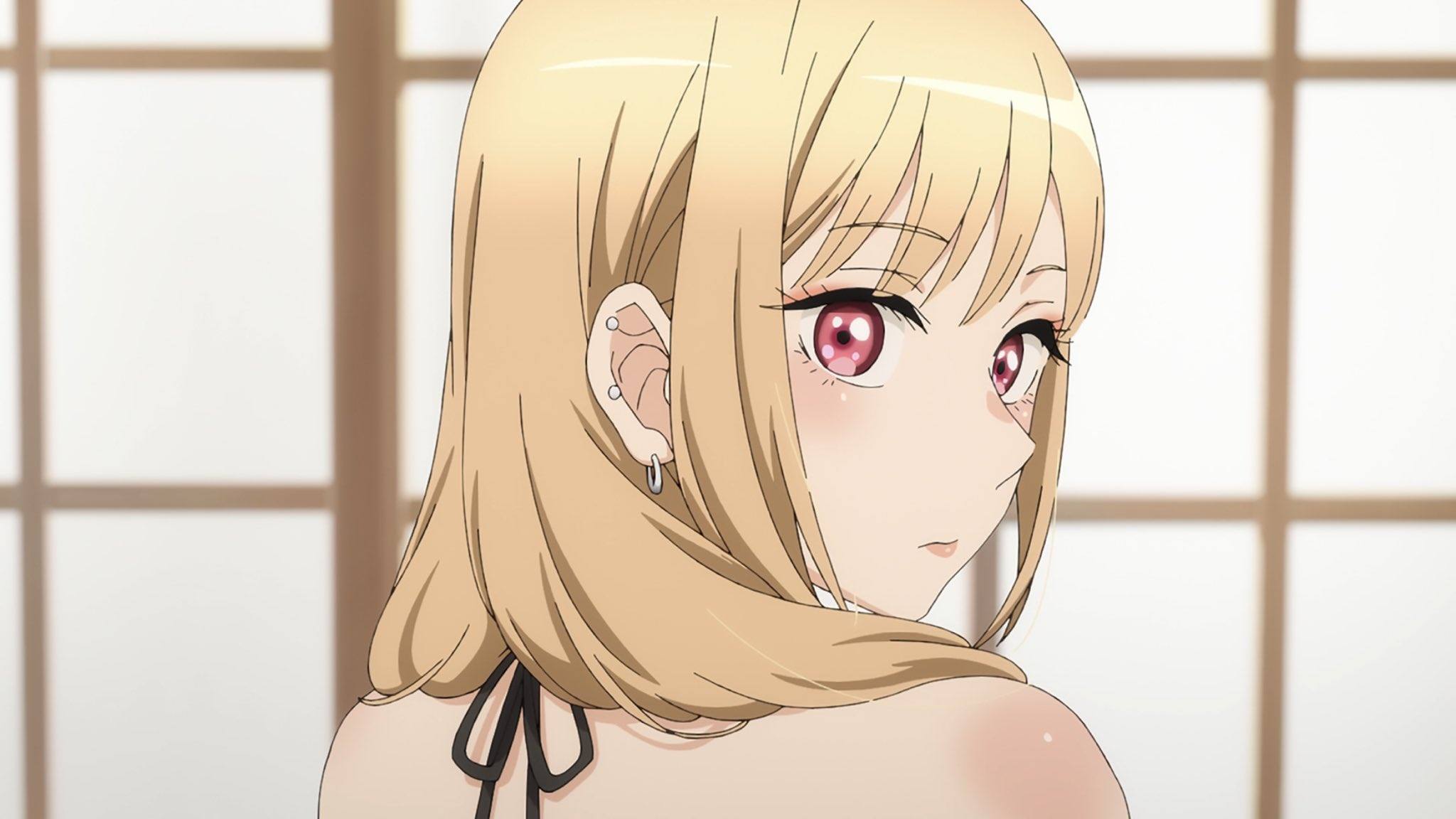 Chapter 74 of My Dress-Up Darling ended with Gojou having no other option but to stay back in Kitagawa’s house. All the trains have been delayed due to a tragic accident, and he can’t just walk back home. Thankfully, his grandpa isn’t at home, so no one will worry for him. Here, we bring you the latest spoilers and discussions about My Dress-Up Darling Chapter 75.

The very thought of sleeping at Kitagawa’s place is creeping Gojou out, and he decides to stay awake all night by consuming high caffeine energy drinks. The situation gets even weirder when he catches Gojou planning to stay awake all night right in the contraceptive and aphrodisiac potions section. How will they spend the night with this awkward tension between them? We bring you the latest chapter updates of My Dress-Up Darling manga.

My Dress-Up Darling Ch 75 will take us to the most heart throbbing night of Gojou life. He has never slept over in a friend’s house, especially not a female friend. Things would have been normal if Kitagawa’s father was also there, but since he is away, Gojou feels guilty about staying without a guardian’s permission. He buys a bunch of high caffeine drinks to stay awake all night. However, I doubt if he can pull that off after working so hard all day.

Kitagawa and Gojou in Chapter 75

On the other hand, Kitagawa is in a very wrong situation, thinking that Gojou is planning to make love with her at night. This hilarious misunderstanding will lead to many funny conversations between them. I hope Gojou clarifies his intentions before Kitagawa gets misguided any further. The raw scans and spoilers of My Dress-up Darling 75 aren’t out yet. They generally surface just a few hours before the chapter’s official release. We will try to keep this section updated.

Also Read: Vinland Saga Chapter 193 Release Date: Are We Heading Towards Another War?

In Chapter 74, Gojou visits Kitagawa’s place to watch a visual novel together. He has this habit of completing a series before actually starting his work on the cosplay costume. He claims that this practice helps him to understand the character before he tries to reciprocate its traits into Kitagawa. Kitagawa gives a brief introduction about the series, assuring him that although it’s in the horror genre, it has a lot of cute stuff. 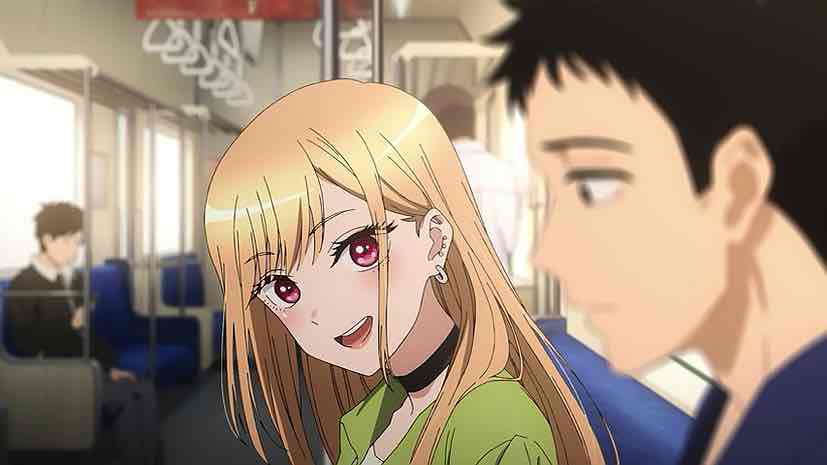 Like every other instance, Kitagawa wanted Gojou to stay with her longer. Luckily for her, Gojou’s grandpa is at his cousin’s place this week, so he can afford to stay with her late. Well, he clearly rejects the idea of sleeping over when she teases him. However, destiny had other plans for him. He gets to know that all the trains have been delayed due to a tragic accident. They live far away, so walking back home so late isn’t an option. Thus, leaving him with the only option of staying back at Kitagawa’s place. 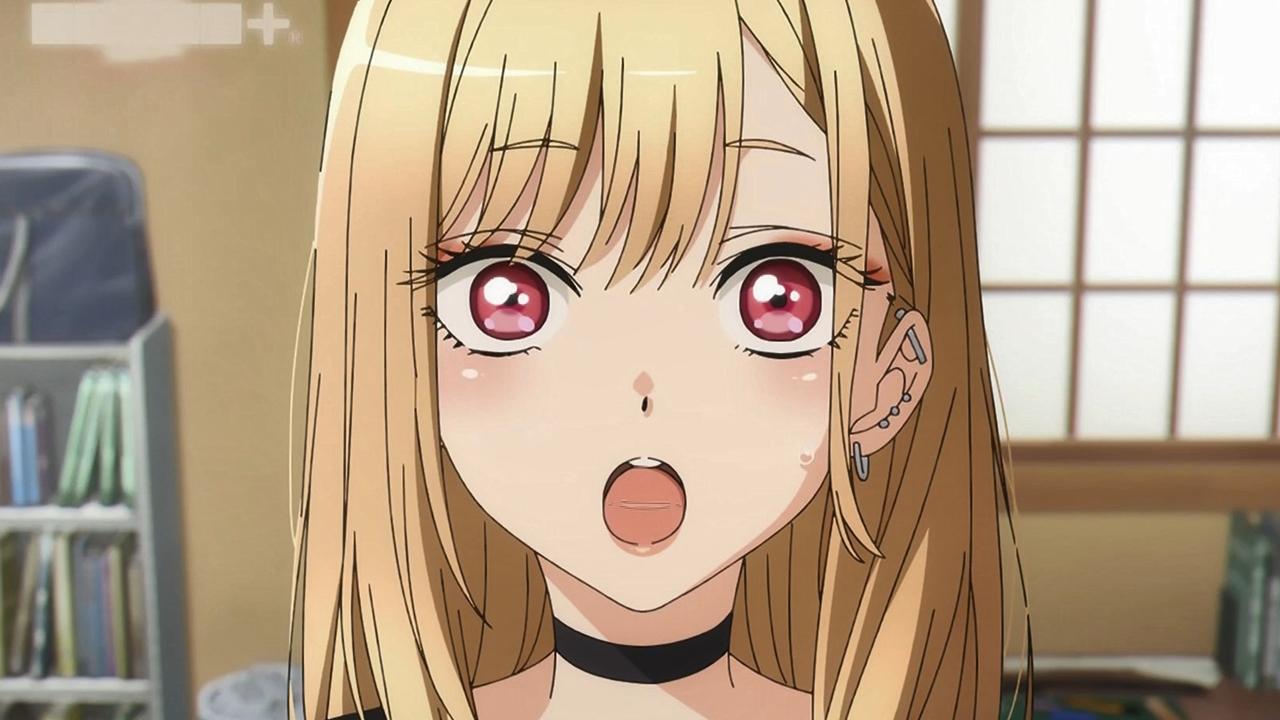 As you can expect, Kitagawa is very excited about their first night’s stay together. She takes Gojou out for shopping to buy the necessary things for tonight. Meanwhile, the more Gojou thinks about the idea of sleeping over, the more it creeps him out. He comes across some high caffeine drinks in the supermarket, and he decides to stay awake all night by consuming them.

Where to Read My Dress-Up Darling Chapter 75?