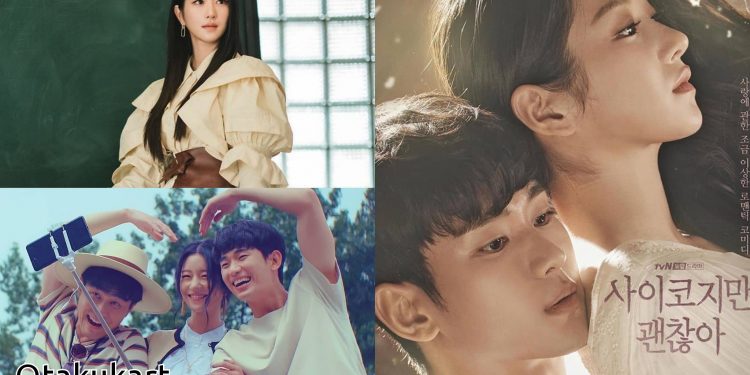 The 2020 K-drama, ‘It’s Okay to Not Be Okay’ starring actors Kim Soo-hyun and Seo Yea-ji in lead roles have been one of the most unforgettable and impactful Korean shows of the year. During its release, it broke multiple records and ended up being one of the most-streamed K-dramas on the streaming platform, Netflix. Moreover, it received the most number of nominations at one of South Korea’s most prestigious award shows, Baeksang Arts Awards, and took home the awards for the Best Supporting Actor (Oh Jung Se), the Most Popular Actress (Seo Yea-ji), and the Best Costume Design (Cho Sang-kyung). So if you haven’t yet made up your mind to binge-watch it, we are gonna make it easier for you.

TvN has always delivered the best of shows but ‘It’s Okay to Not Be Okay’ stands out as a show one would like to recommend to everyone irrespective of whether they are K-drama addicts or not. Despite the characters being the eye-candies, the love development plot here is just a small segment of a bigger picture. The show is a lot more than that! Here are seven reasons why you need to add this series to your watchlist immediately. Let’s get started with it!

Don’t tell me you looked for this drama for anything or anyone else other than her! Ko Moon-young is literally everything we have always wanted a K-drama female lead to be: beautiful, witty, unconventional, dramatic, chic, and bold. She isn’t the type of person who will suffer just because she cannot let anyone else suffer. If she wants a thing, she will own it sooner or later, no matter what path she has to choose.

When she first sets her eyes on Moon Gang-tae, she almost gives her career up and settles down in the same town as him, without even giving it a second thought. She might be rude and manipulative but she speaks her mind. An aggressive, unpredictable woman whose mood swings almost ten times a minute, she checks all the boxes necessary to be unlovable. Despite everything, the rare soft, affectionate, and genuine glimpses of her have charmed us enough to love her.

It’s hard to imagine anyone else playing the role of Moon Gang-tae, Moon Sang-tae, and Ko Moon-young other than actors Kim Soo-hyun, Oh Jung-se, and Seo Yea-ji respectively. Kim Soo-hyun with his boy-next-door looks, kind and concerned expressions, and eyes depicting years of endurance has perfectly done justice to his role. We have already talked about how actress Seo Yea-ji has nailed her character as a woman suffering from an antisocial personality disorder. However, when it comes to the emotional scenes, her acting is again, praiseworthy.

The best acting performance has been delivered by Oh Jung-se as the older brother of Gang-tae, a thirty-five years old man suffering from autism. In fact, he has even won an award for the wonderful display of his character. Oh Jung-se made sure to closely study the behavior of autistic people and be around them to prepare the best for his role. Apart from them, the supporting cast— Kim Joo-hun, Kim Chang-wan, Park Jin-joo, Jang Young-nam, and several others have also done an amazing job and brought out the best on the screens.

One thing that remained constant throughout the series is Ko Moon-young’s love for her bold, statement outfits! She never played it safe but rather made dressing more fun with big dramatic sleeves, chic suits, waist-cinching corsets, and color burst outfits. Her dressing sense is full of elegance, her jewelry and accessories provide that edge to her overall look. Her matching handbags, fun sunglasses, perfect pair of shoes, and eye-catching jewelry send a powerful message despite them being feminine pieces. We bet girls will sell out their souls to get a wardrobe makeover and fill in outfits like these.

Well, it would only be a matter of luck to be able to pull them off just like Moon-young. In fact, her style says a lot about her personality. It seems as if she uses them as shields to protect herself. Nevertheless, actress Seo Ye Ji kept shinning bright as Ko Moon-young in every outfit we wore.

4. Perfect OSTs for Every Situation

The best way to captivate the emotions of the spectators is by using soundtracks that make us feel the warmth of a situation and a powerful score that inspires those feelings. We genuinely thank Nam Hye-seung, the music director and executive writer who let us experience those amazing soundtracks of ‘It’s Okay to Not be Okay.‘ The show had all its songs at the peak of the charts upon its release and once you listen to it, you will know the reason why. The songwriters and the composers have crafted the tracks that calm us down and touch our souls.

While the song, ‘Breathe’ by Sam Kim conveys the feelings of two lovers being starstruck by the presence of each other, Janet Suhh’s ‘In Silence,’ fills the hollowness of a painful situation that we cannot control. Be it ‘Wake Up,’ ‘Little by Little’ or ‘Lightning Up Your World,’ the songs never fail to make us feel alive. The OSTs of ‘It’s Okay to Not be Okay,’ in the long run, will remind us of all the suffering, pain, and longing the characters have gone through.

This might be one of those points that actually make this drama a great watch. The way Ko Moon-young’s character conveys the realistic nature of children’s bedtime stories which we all had never imagined gives a glimpse of the deep pain, wounds, and expectations she has had as a young girl. The series presents a set of sixteen stories in animated form, which looks like normal storybooks for children but has a deeper and darker meaning associated with them.

In the first few episodes of the series, the storybooks which are present to the viewers express the suffering and pain that the main characters had to face when they were younger, going fully well with the tone and the narrative of the current situation. Stories like ‘The Boy Who Fed on Nightmares,’ ‘The Zombie Kid,’ and ‘The Cheerful Dog’ are just a few of them. The books presented in the later episodes showcases loneliness, expectations, hope, appreciation, and finally acceptance. This might be my call to rewatch the series again!

The series has done justice to its psychological thriller genre, bringing into limelight the sensitive subjects like mental health disorders and childhood trauma in a unique way. The character, Moon-young, is diagnosed with an anti-social personality disorder who tends to act on impulse, break laws, and have little or no regard for the safety of others. However, unlike the other shows, ‘It’s Okay to Not Be Okay’ demonizes the disorder and portrays it with the perfect balance of good and evil.

Gradually, as her mental issues are addressed and she gets the love and care of Gang-tae and Sang-tae, two of her family members, we get to see her character developing into a more sensitive version of her. Through Sang-tae’s character, we get to learn about autism and how patiently we need to deal with autistic people around us. Moreover, most of the drama scenes have been set in a psychiatric hospital, where various kinds of mental illnesses have also been tried to portray through the supporting characters.

7. Final Thoughts on It’s Okay to Not Be Okay

The title of the show is apt and depicts that it is alright if we feel vulnerable at times. Rather than keeping it to ourselves, we should talk about it and there’s no shame to seek help. However, it doesn’t mean that it ends with a repetitive cycle of struggles. We cut off the leash, heal ourselves, move on and start a new chapter in life.

The drama has, in every way, managed to stir the emotions of the spectators from the very core of their hearts. Although the psychological and healing stuff forms the base of this drama, the show makers didn’t fail to add the right flavor of humor and romance in between, which has helped them attract more viewers. The plotline, narrative, dialogues, cinematography, direction, visual storytelling, and editing— the show has excelled in every field. There are some moments and dialogues which make us relate and connect to the characters in every way. Plus the chemistry between the leads is to-die-for!

Read: ‘Never Twice’ Review: Why You Must Watch this K-Drama?