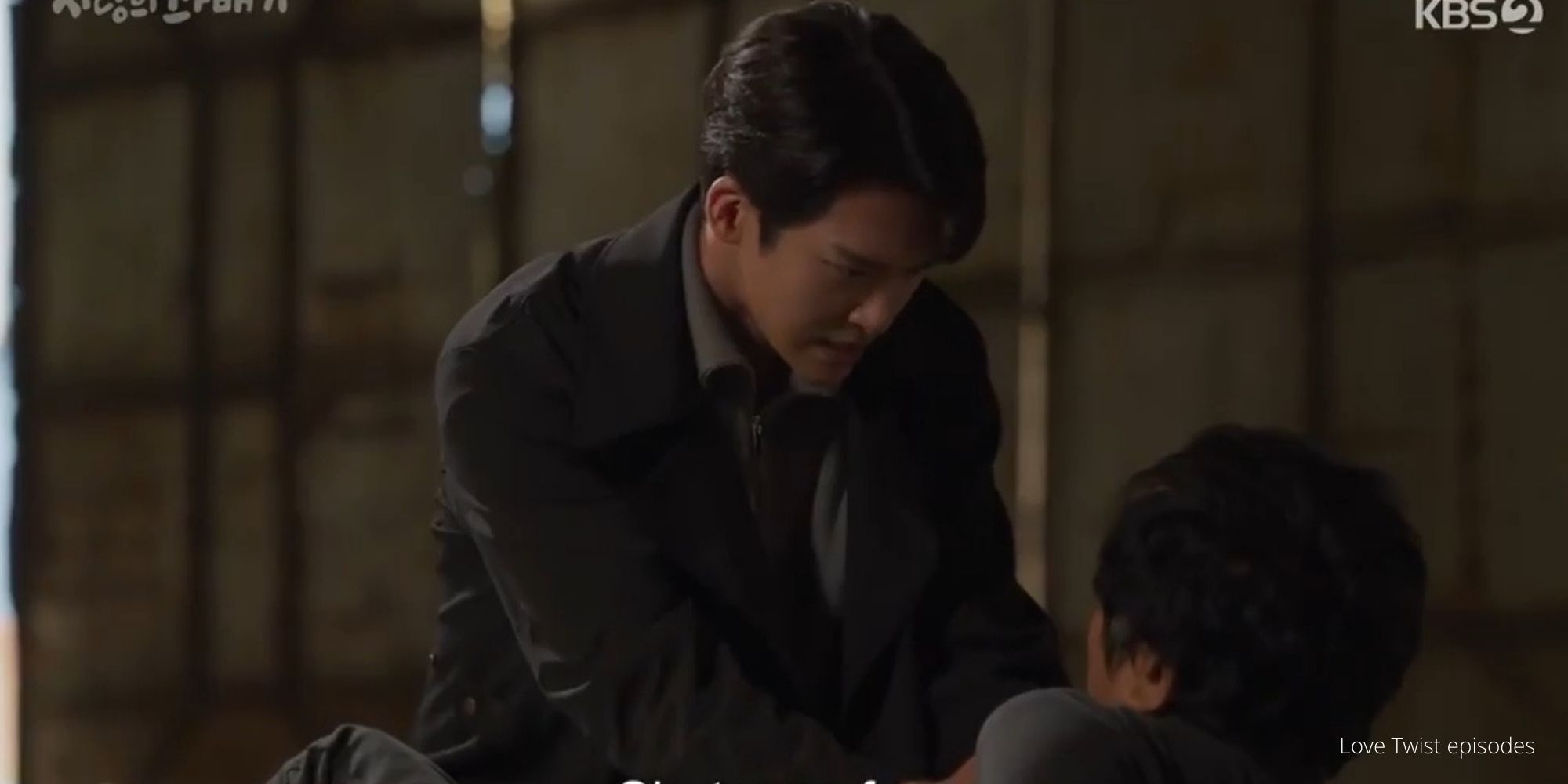 Ok Hee tells Ha Ru that his mother has been abducted by Ki-Tae. Moreover, she tells him the truth about his birth and how much his mother loves him. In ‘Love Twist’ episode 96, Ha Ru gives Ki-Tae ten million dollars worth of gold bars to save his mother. This melts his mother’s heart, but she is not ready to give that man even a penny.

In the end, Ki-Tae ends up with nothing and kills a man in his frustration. Then he calls Kyung Joon and asks for his help. In exchange for the help, he offers to give him proof that will destroy Ha Ru and take care of him once and for all. What is the proof that Ki-Tae has against Ha Ru?

In ‘Love Twist’ previous episode, till now, we have seen that Hee Ok plans to kill Ki-tae on her own. She Lures him to a secluded place with a promise of giving him ten million dollars. Before giving him the money, she gives him the laced coffee that she brought for him. ‘Love Twist’ episode 96 takes many unexpected turns when Ki-Tae and Hee Ok become unconscious after drinking the coffee. In the end, Ki-Tae saves Hee Ok and abducts her. Then in the same ‘Love Twist’ ep, he asks for a ransom from Ha Ru.

When Ok Hee tells Ha Ru the truth about his birth, he agrees to give Ki-Tae the money. When he reaches the destination and transfers the gold, he observes something strange. While the police follow the wrong vehicle in the ‘Love Twist’ episode, Ha Ru and So Ri follows a funeral van. Finally, they reach the place where Hee Ok is held captive. So Ri frees Hee Ok and tries to escape with her. Also, Ha Ru agrees to give Ki-Tae the gold if he promised not to bother them anymore, but Hee Ok refuses. She tells Ki-Tae to leave the gold or else she will hit him.

Hee Ok tries to threaten Ki-Tae with a brick, but he takes it from her hand. Just as he is about to hit her with it, Ha Ru knocks him down. In ‘Love Twist’ episode 96, it is confirmed that Ha Ru does not have any compassion for his father. He keeps punching him till he becomes unconscious. Finally, they leave with all the gold and decide not to report Ki-Tae to the police. The reason for this is that if there is a police complaint, Hee Ok will also be arrested.

After rescuing Hee Ok, Ha Ru admits her to the hospital. When she gains consciousness, Ok Hee is sitting beside her. In ‘Love Twist’ episode 96, Hee Ok is confused about Ha Ru’s changed behavior. When she tells about this to Ok Hee, she reveals that she has told Ha Ru the truth about his birth. At first, Hee Ok is mad, but she is happy that her son has accepted her as his mother. Also, in the 96th ep of ‘Love Twist’, we find out that Hee Ok always loved Ha Ru. She only married the rich businessman Mr. park to save Ha Ru from going to an orphanage.

What is the ‘Love Twist’ Episode 96 Release Date?

The ‘Love Twist’ Episode 96 Release Date is 12th May 2022. Yoon-Ah is more concerned about herself than her mother-in-law. She thinks that Hee Ok was trying to kill her as well. On the other hand, Ki-Tae kills one of the men he hired out of frustration. Then he calls Kyung Joon for help. On the phone, he bribes him, saying that if he helps him, he can tell him how to get rid of Ha Ru once and for all. Kyung Joon, in his greed, walks into the trap, and now he is in a compromised situation.

Love Twist’ is a television series broadcast by the KBS2 channel. People living in South Korea can watch the episodes of ‘Love Twist’ on the official network. As for the International fans, they can watch the ‘Love Twist’ Episode 96 on the subscription-based website Rakuten Viki.