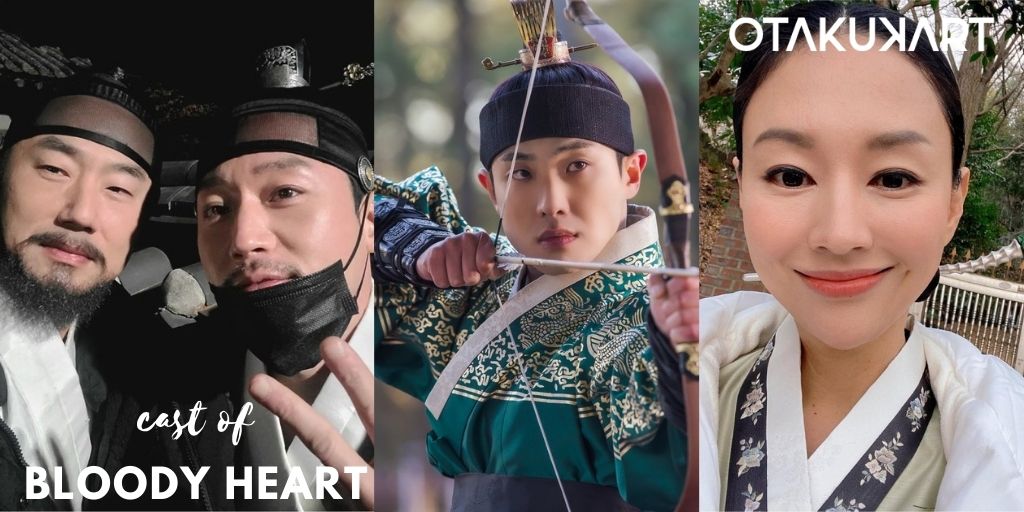 Have you watched the first two episodes of Bloody Heart and wondered about the stunning visuals? Or is Bloody heart on your watchlist? Either way, presenting to you the cast of Bloody Heart. The drama is set in the royal Joseon era of South Korea. It narrates the story of a powerful king and his quest for love. The cast of Bloody Heart has done a marvelous job in helping transport its viewers to another world altogether!

Let us now determine who makes the Bloody Heart Korean drama cast. The actors have been chosen after various permutations and combinations. Ultimately, we believe that they have been successful in selecting what we could call a perfect cast! Every character right from the lead roles, down to the last soldier has a significant role to play in the series. The following individuals have given their best performance as the cast of Bloody Heart.

The cast of Bloody Heart K-drama

Lee Chang Sun, better known by his stage name- Lee Joon, is definitely the star member of the Bloody Heart K-drama cast. He plays the role of the ferocious king with an ambitious heart. Lee Joon is a multitalented gem in the Korean industry. Although he has exhibited flawless acting as a part of the cast of Bloody Heart. He is in fact, a singer, dancer, and model. He was a part of the Korean boy group MBLAQ until late 2014.

Lee Joon entered the big screen for the first time in the year 2013 when he played the role of Oh Young in the movie Rough Play. Chang Sun garnered a lot of eyes and attention due to this particular role. The reason for the same was because of the numerous nude scenes that idols often stayed away from. Although he took a risk with his first move in his career as an actor. Everything worked out in his favor and he is now spoken highly for his various roles in dramas like The Silent Sea, Pinocchio, and My father is Strange.

If Lee Joon was the star cast of Bloody Heart, then Kang Ha Na was like a moon constantly gracing her light onto the drama with her memorable presence. Kang Ha Na has surely captured some hearts with her performance as the noble Yoo Jung. She forms an important element in the Bloody Heart Kdrama cast and has definitely not let her fans down.

Kang Ha Na belongs to the family of Keyeast entertainment and has appeared as a guest in various Kdramas as well as variety shows. She is best known for her roles in dramas like Startup, Record of Youth and My roommate is a Gumiho. She has once again proved her talent as a part of the cast of Bloody Heart.

Jang Hyuk is yet another member of Bloody Heart whose character is hard to miss in the series. He plays the role of the brilliant Park Gye Won who is responsible for helping Lee Joon ascend the throne. Jang Hyuk is not just a professional when it comes to acting. He is also well trained in the fields of Taekwondo and Jeet Kune Do. He is an asset of SidusHQ entertainment and is best known for his appearances in dramas like Slave Hunters, Money flowers, and Windstruck. Jang Hyuk has shown the same brilliance in his acting as a part of the Bloody Heart Kdrama cast.

Bloody Heart is one such series where the lead roles are not solely responsible for carrying the show. The plot is equally delegated to numerous support roles who have done their best to assist the main plot. These primarily include Park Ji Yeon (Known for her roles in The King and Hospital playlist 2) as Choi Ga Yeon.

Heo Sung Tae (Known for his appearances in Silent Sea and Squid games) as Jo Won Pyo and Ha Do Gwon (from Sh**ting stars and Nevertheless) as Jung Eui Gyun has also made a deep impact on its viewers. With that, we conclude the list of Cast of Bloody Heart Kdrama. Stay tuned to Otakukart for more updates!

Read More: Who is in the cast of Thriller Korean drama Rose mansion? 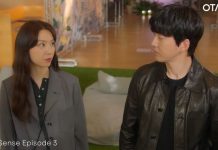 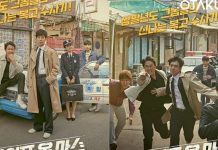