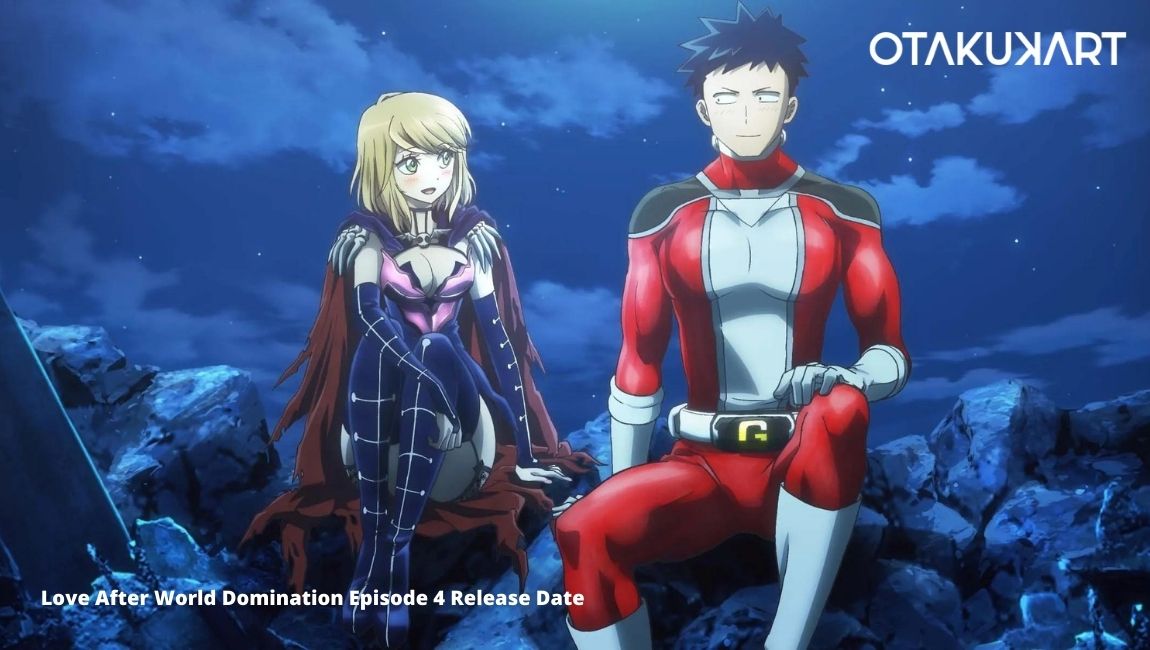 Love After World Domination Episode 4 is ready to shine soon and reach out to all the viewers worldwide. The anime series is a superhero, romantic comedy series that is currently loved by all romance lovers. The concept of the series is kind of hilarious and cute at the same time, but overall it’s unique. Its plot takes us around a hero group named “Freezing Sentai Gelato 5”. The superhero group consists of heroes named Red Gelato Fudo Aikawa, Blue Gelato Hayato Ojino, Yellow Gelato Misaki Jinguji, Green Gelato Todoroki, and their leader Big Gelato. They were tasked to defeat the Secret Society Gekko, who had already burned half of the world and planning to burn the remaining half.

However, things turned really quick when Geiko recruited Princess Desumi Magahara. She is a remarkable warrior and an active member of the villain group. But Desumi and Fudo happen to fall in love with each other despite being rivals. The inexperienced couple decided to start dating in secret, painting their secret from their respective organization. Koi was Sekai Seifuku no Ato de Episode 4 is set to release and will take the plot to further progress. The adventures of Desumi and Fudo will continue while they still are struggling to keep their relationship while serving their organizations at the same time.

Love after World Domination Episode 3 was released on 22nd April 2022 and was titled “At Last the Amusement Park”. Till now, we know how both Fudo and Desumi met each other and eventually fell in love. We saw how both of them enjoy each other’s company, and among all this chaos, they are still trying to do whatever they want to do. It has been some time since Gekko is staying inactive, and that has lead Fudo to severely miss Desumi. As a response, he took a very impulsive discussion that was totally suicidal. He decided to infiltrate Gekko’s base keeping Jinguji and big Gelato into consideration. As he reaches there, he finds Desumi equally sad and lonely. Desumi found him in the air vents as both of them sat there and happily played cards. 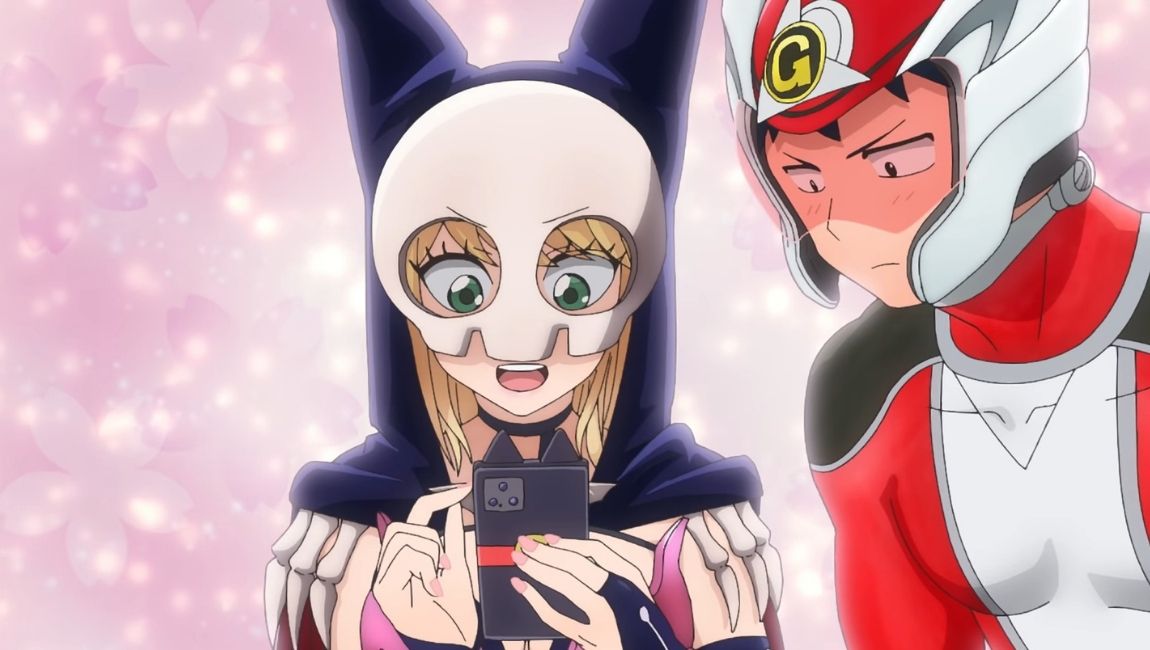 But this their enjoyment didn’t last long as they nearly got discovered by Culverin Bear. In order to hide from him, they have to hide in a small locker which leads to a very awkward situation. Unintentionally, Fudo made Desumi uneasy, who punched his face and made her way out of the locker. As he was pushed out, he got bumped into Culberin Bear, which led to the activation of his new weapons. This later leads to a huge explosion that makes Junguji and Big Gelato think that Fudo accomplished his mission. After this incident, the next day, the leader of Gekko Bosslar held a meeting. There he discussed his plan of stealing people’s negative emotions and turning them into monsters.

Episode 5 of Love After Domination will be out soon but before that, let’s see how was the previous Episode. Since the series began, it never failed to give us the action while painting the cute moments between Fudo and Desumi. In the last Episode, too, Desumi suggested Gekko implement their plan in an amusement park. They reached there, and while Gelato 5 were fighting with Gekko, Fudo and Desumi were having the best time of their lives. They were taking rides; however, as the Gelato 5 leaves, Arisugawa discovers a picture on the roller coaster. It was of Fudo and a girl beside him.

Love After World Domination Episode 4 will release on 29th April 2022 and is titled “Could you please tell me why?”. Since Arisugawa has got a picture of Fudo with a girl, so will this make them doubt him? Even though Desumi’s face is not clear in the picture but will their secret be revealed? To know this, we have to follow the next Episode. 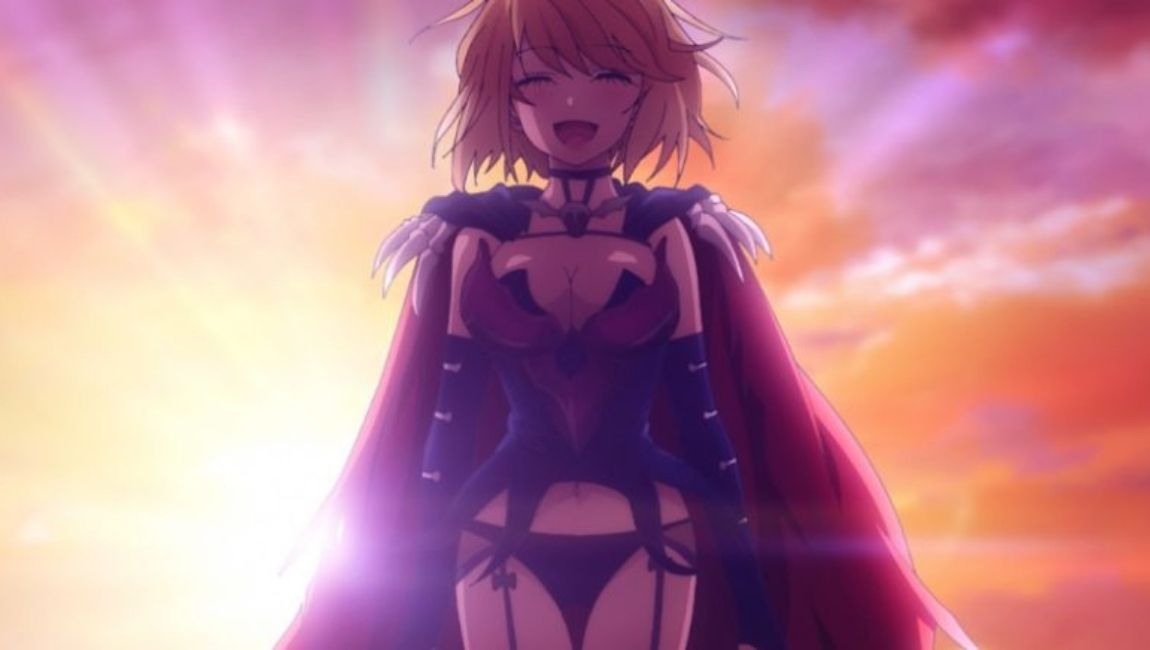 Love After World Domination Episode 4 will be available to stream at 11:00 PM (JST). Make sure to covert the time to check the release in your region. As for streaming the series, you can find all the episodes on Crunchyroll.