Bakugo Katsuki fans, where ya’ll at? This article has been brought exclusively for you. If you are a fan of Boku No Hero Academia’s most popular character, then you need to read this article. One of the central characters of Boku No Hero Academia, Katsuki is a character without whom the series simply wouldn’t be the same. Right from his debut, he has managed to mark a permanent place in the hearts of every fan. You may think you know him, but with the number of achievements beneath the rug that he has, there will always be things to cover. In this article, we shall only give you the most exciting facts about Bakugo Katsuki.

Know him like never before as we cover every amazing fact about him that Kohei Horikoshi has ever given. Katsuki Bakugo is a student of class 1A at UA High, where he enrolled alongside his childhood friend Izuku Midoriya. While the two are now seen as rivals, his impact in the series seems to be evergreen. Happy go lucky, fans of Katsuki Bakugo. We hope for you to burn as bright as Katsuki does.

15. Katsuki Is A Taurian

If one were to describe a Tarurian, one would immediately list off them as being hardworking people who are headstrong and very much set in their ways. At the same time, they are also people that you can easily depend on without a second thought. We can easily find these characteristics in a certain someone of Class 1-A. Born on 20 April, Katsuki Bakugo’s zodiac sign is Taurus, which definitely doesn’t come off as much of a surprise. 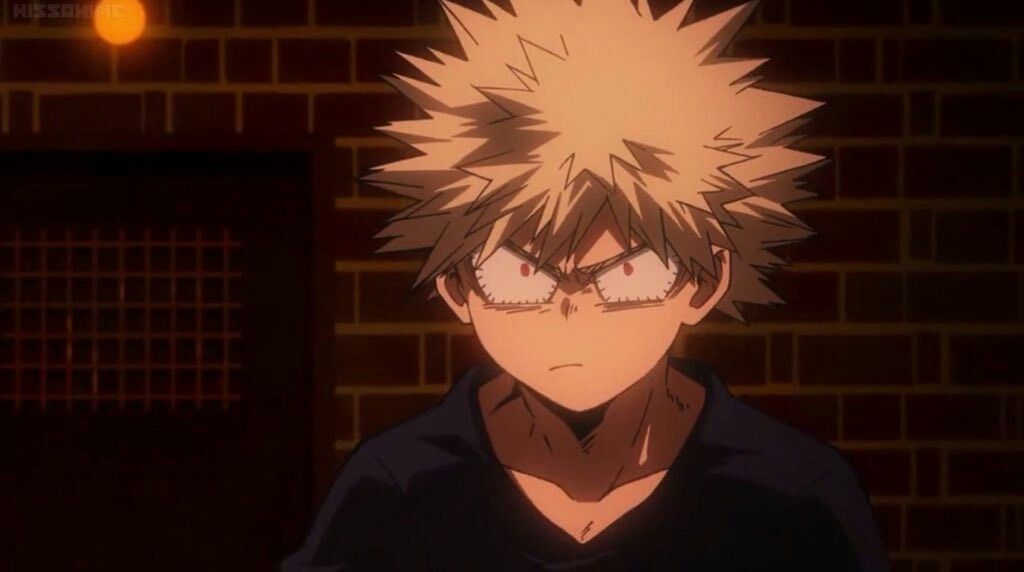 Otakus, did you know that Katsuki’s birthday on 20th April. This makes him the oldest character in Class 1-A. As of now, Katsuki is 17 years old, while the rest of the students of Class 1-A are only 16 years old. 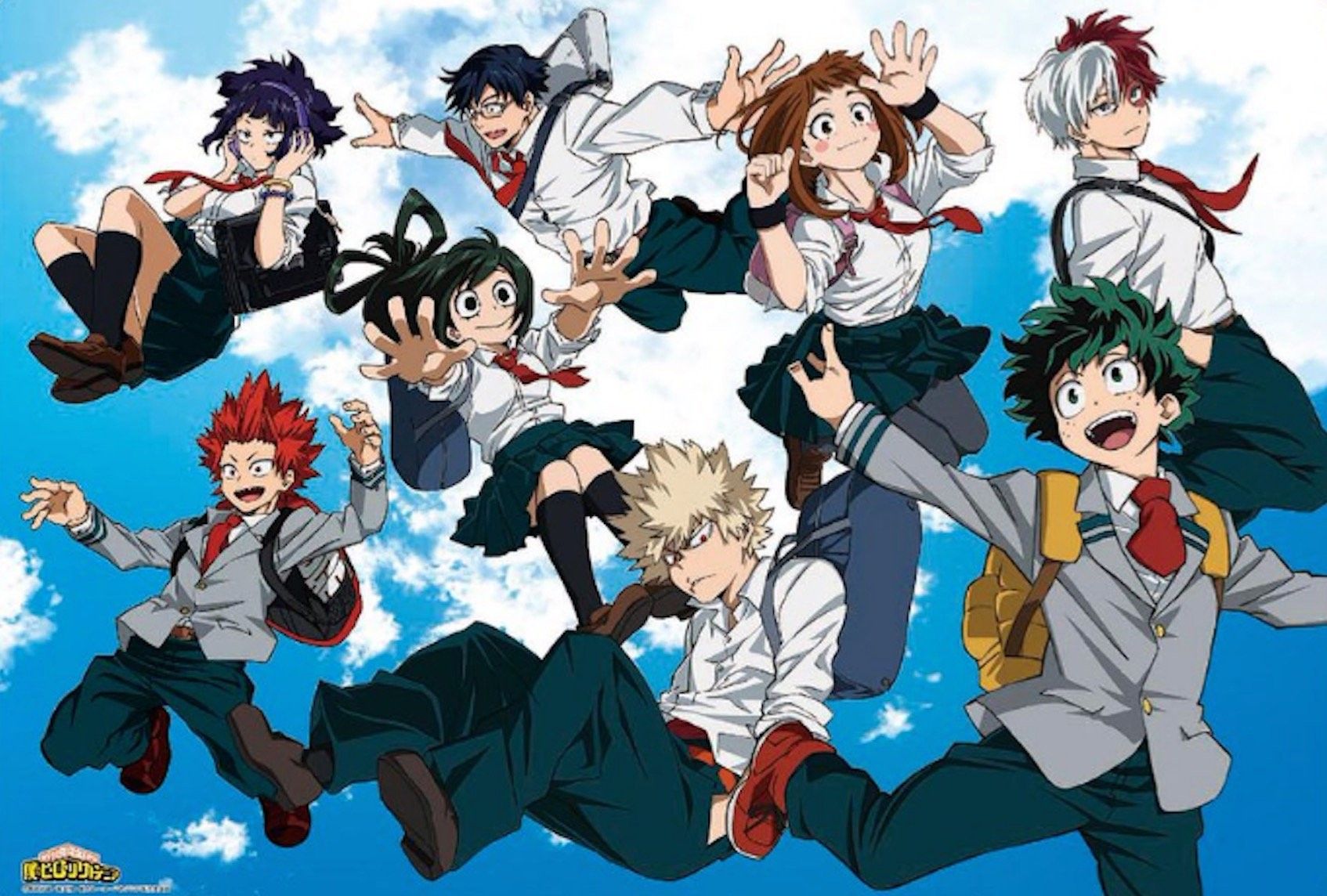 Also Read: How Many Chapters are there in My Hero Academia Manga?

Katsuki Bakugo loves a challenge. The greater the challenge, the harder his blood pumps. On the same thought, a lesser-known fact about Katsuki is that he loves Mountain climbing. This adventure-loving nature that runs in his very veins is apparent from not only his hobby but his aspirations to become a hero itself. Not only does he want to become a powerful hero, but he wants to surpass All Might himself and become the number 1 hero. Even during a villain invasion or the worst-case scenario, you can always count on Katsuki to fight to take down the final boss himself. 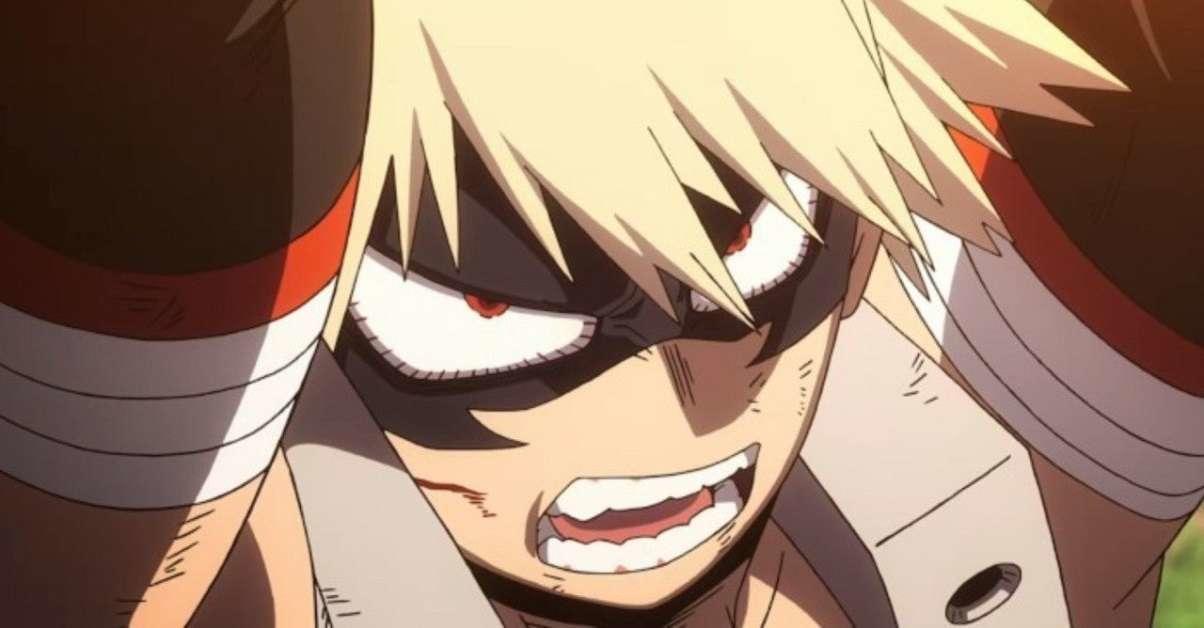 12. Katsuki Was Originally Supposed To Be Nice?

The most surprising fact about Katsuki is that he, of all the Boku No Hero Academia characters, was, according to the initial drafts of Horikoshi, supposed to be a really sweet and air-headed sort of guy. He was supposed to be a dense person who spoke without much thought and unknowingly roasted others. Though after much thought Horikoshi, thought the previous draft to be tedious and opted to make him like the kind of a person you wouldn’t like at all. 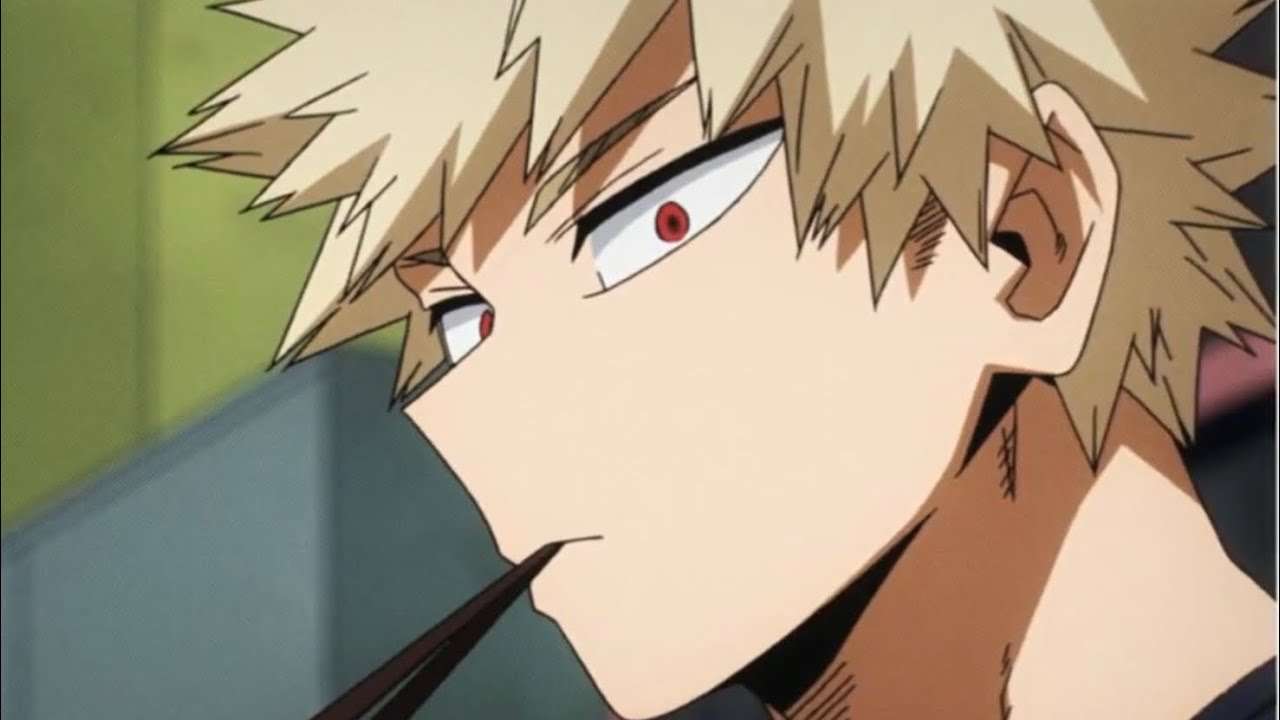 11. Katsuki Wasn’t Supposed To Be Popular

Continuing on the same line of thought from the previous point, you must be confused by the last sentence as we all love Katsuki. So, what exactly did Horikoshi mean by wanting to make him an unlikeable character? See, the thing is that Katsuki has been defined, in the official database of the Ultra Analysis book itself, as an ‘abusive egotist’. Horikoshi wanted to make Katsuki a person with villainous characteristics that one would definitely come to hate. Thus, imagine his surprise when he turned out to be the most popular character. 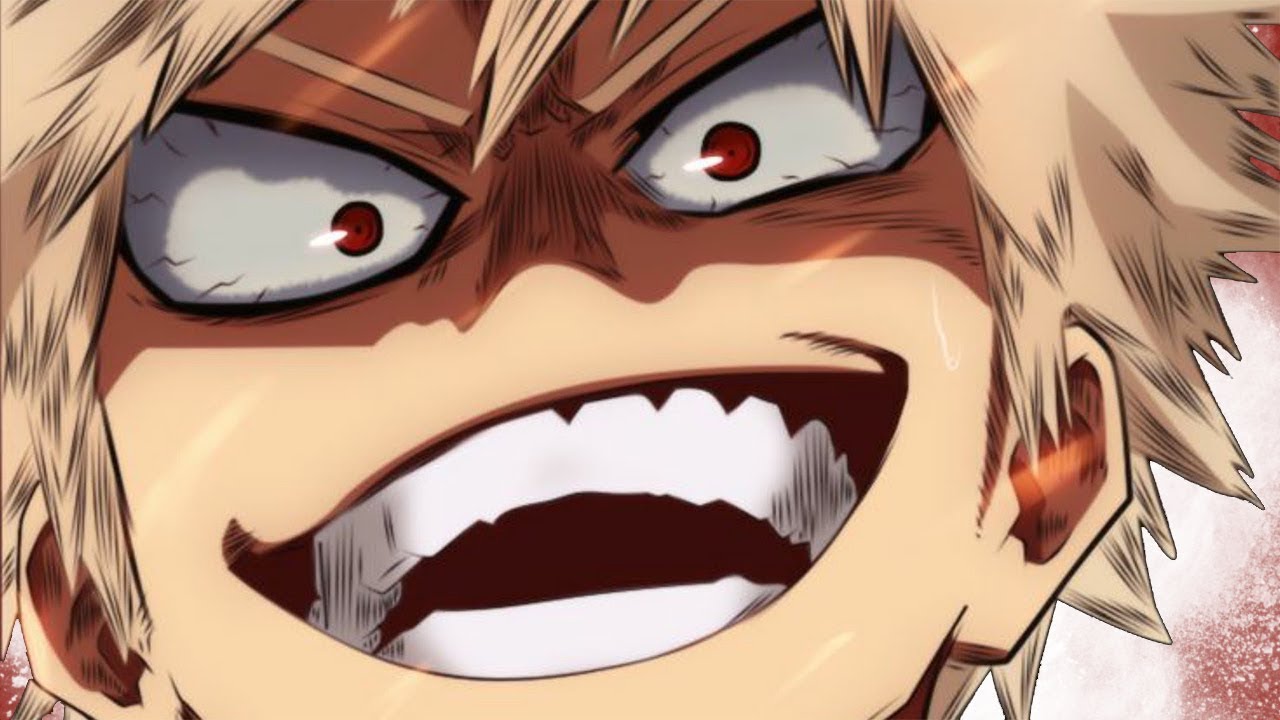 10. Katsuki Is The Most Popular Character

In all the popularity polls that have been conducted, Katuski has always made it to the top five. It seems that not only does he ace in the hero course but also in the race of popularity. It was only during the first popularity poll that Katsuki ranked 3rd. After this, he came first during all the six consecutive popularity polls. We really do dig the explosive tsundere, don’t we? 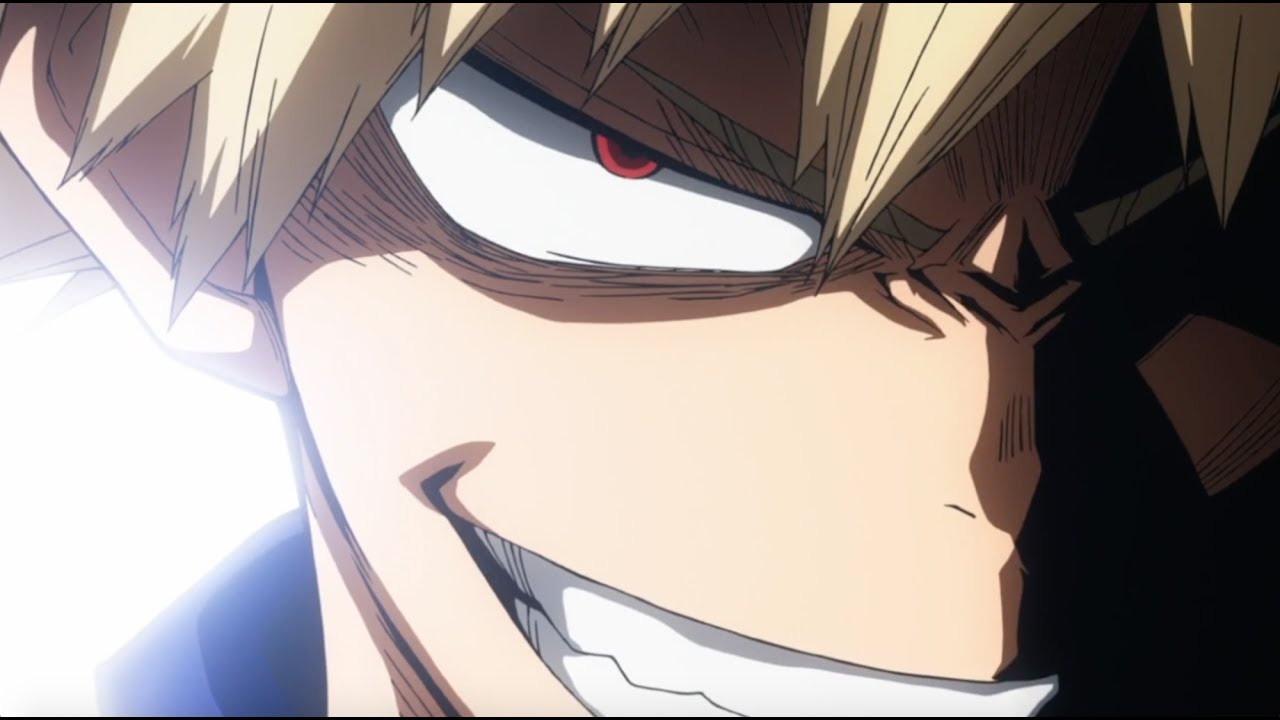 Also Read: What is Eri’s Quirk? Nature, Significance & Can She Heal Mirio Togata?

9. He Is Musically Inclined

The list of things that Katsuki has mastery over is a long and probably a never-ending one. To add to his skill set is another hobby, that’s right people, Katsuki Bakugo is a pro drummer. In episode 19 of season 4 of My Hero Academia, set during the U.A School Festival Arc, we get to know for the first time that Katsuki is very good at playing the drums. The funny thing is that while everyone was in awe of his amazing skills, nobody was surprised. It seems that everyone has already accepted that Katsuki is a natural-born genius. 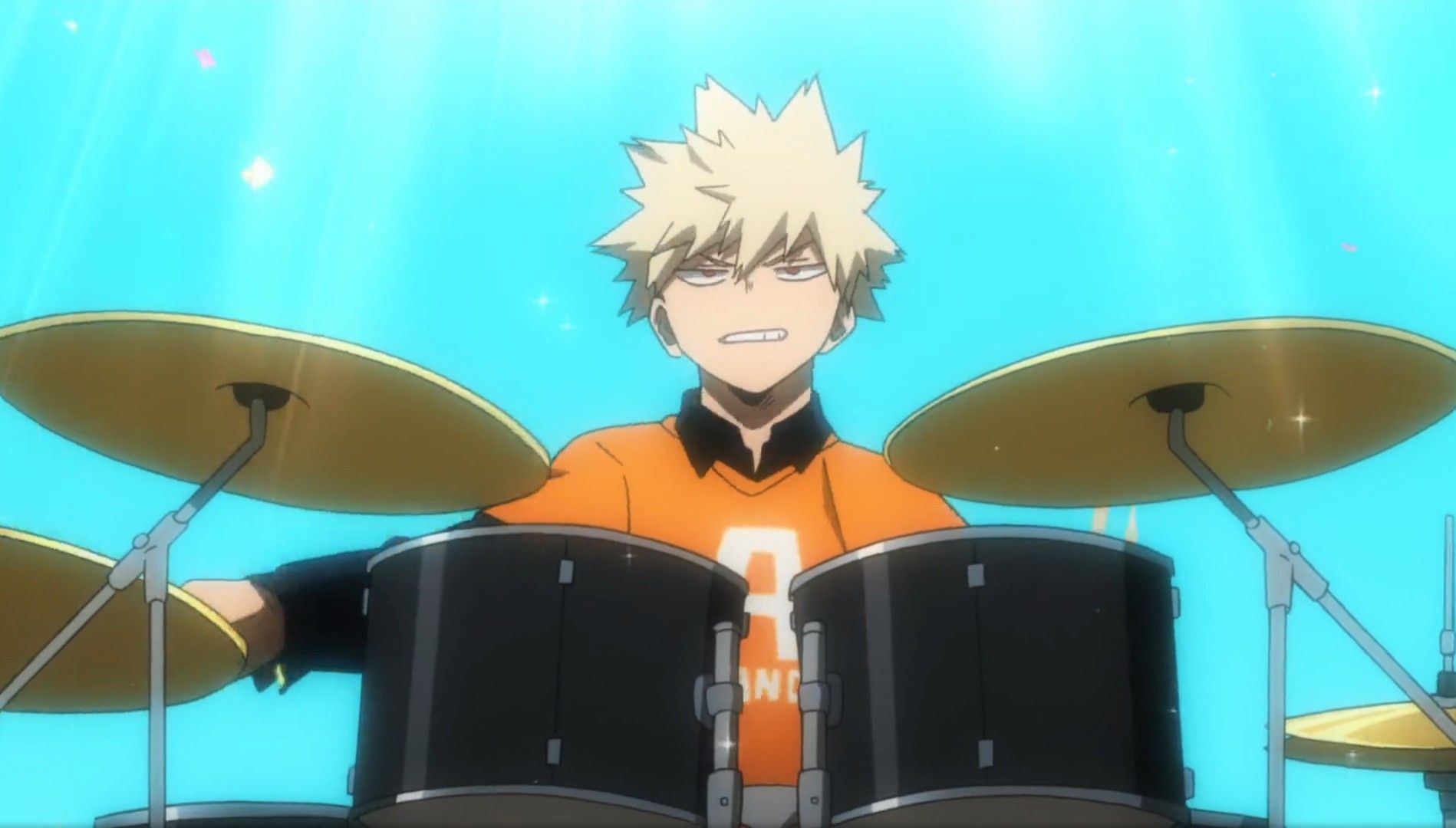 8. His Name Means Explosion And Victory

Maybe Horikoshi was going for an angle where Katsuki’s fate to be on top and to have an explosion quirk was written in the stars itself. We say this because the breakdown of Katsuki Bakugo in Kanji reveals that it contains the words bomb and powerful for Baku and Go, respectively while Katsu and Ki contain the words to secure victory and self, respectively. 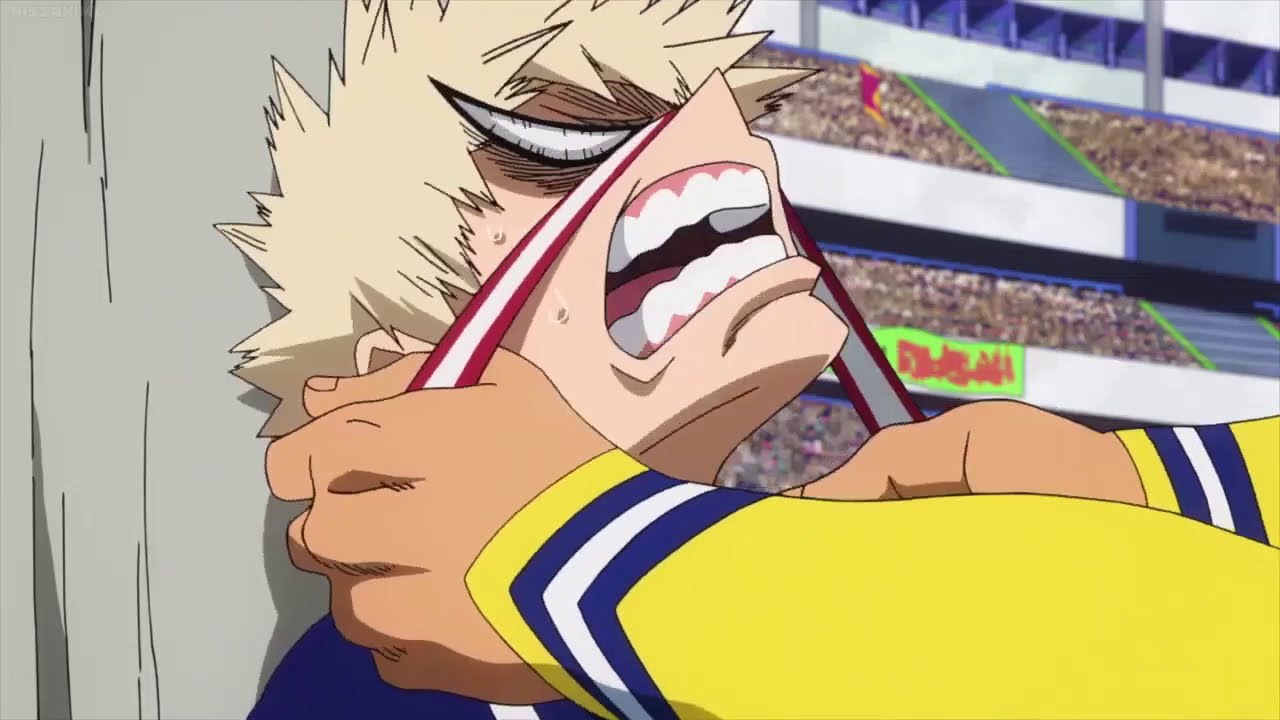 7. He Has Popular Ships

So far, Katsuki does not have a love interest, but that hasn’t stopped the fandom from having some fun and shipping him with more than one character. Two of the most popular ships of Katsuki are Kiribaku and Bakudeku, with the first one standing for Kirishima and himself and the latter for Deku and himself. All of this is only in the fun as Kirishima and Izuku are just really good friends of Katsuki.

6. He Is An Intern Of Endeavour

After Best Jeanist is temporarily out of commission in the hero business, Katsuki joins the Endeavour Agency for an internship. With Katsuki, Izuku, and Shoto, it seems that the all-powerful trio of Class 1-A have all gotten the opportunity to be trained by the best hero there is, Endeavour. Katsuki, with his determination and hard work, manages to earn the respect of the devil man himself. 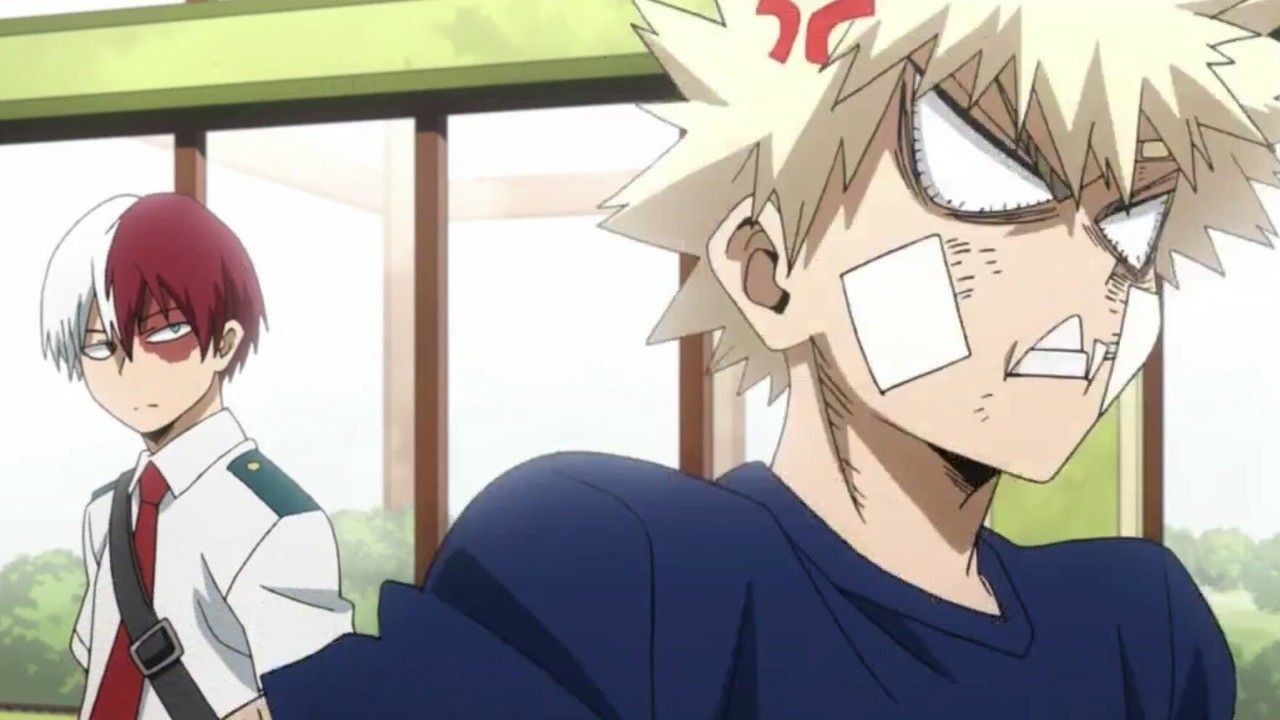 Also Read: Best Tsuyu Asui Quotes That Will Freshen You Up

5. A Fine Taste For Spice

Do you know that another fact that rightfully fits into his personality is his love for all things spicy? In his volume 1 profile, it is officially revealed that Katsuki’s favorite food is anything that is spicy. It doesn’t come as a shock considering his personality is spicy itself. 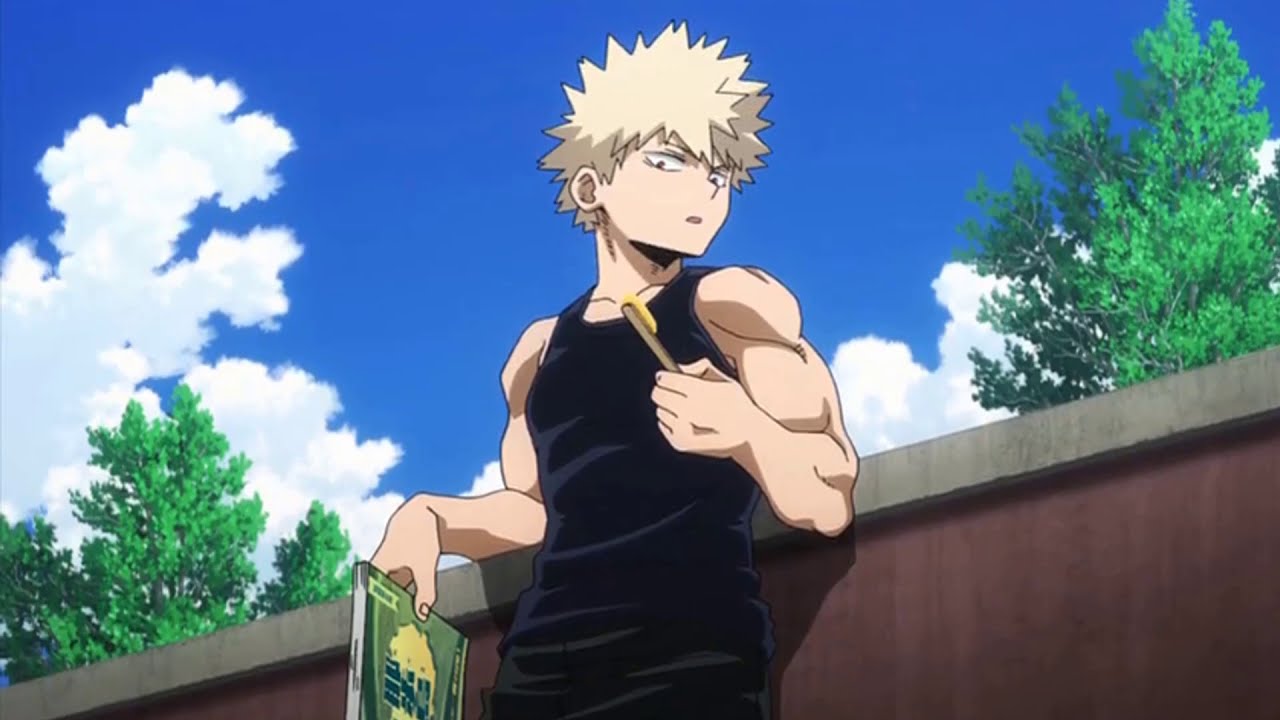 Add one more thing to the list of things Katsuki can do, and you get to realize that he can also cook really well. In more than one instance of the series, Katsuki is seen to be really adept at using the knife, which makes us think that he may just be also good at cooking in general. 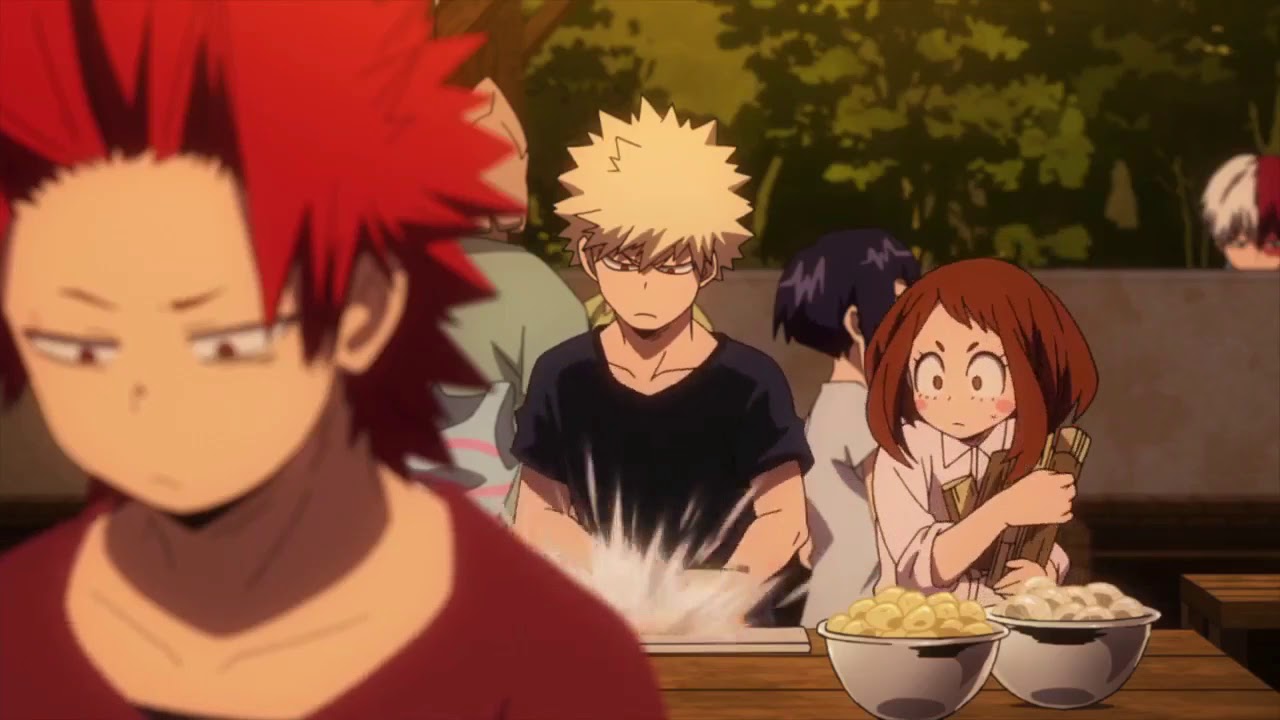 3. Katsuki Has Used One For All

In the My Hero Academia: Heroes Rising movie, Izuku transferred One For All to Katsuki in order to fight the notorious villain, Nine. Although what was thought to be a permanent transfer was only temporary in nature, with the quirk coming back to Izuku. All Might assumed that the quirk automatically came back because he passed out before the transfer was completed, but subsequently believed that the Quirk chose Izuku because of his willingness to protect others, even if it meant losing the quirk itself. Before you ask, we would like to tell you that the events from the movie are canon to the anime series only and not the manga. Another thing that must be kept in mind is that the movie was produced under the supervision of Horikoshi. 2. Katsuki Was Given A Hero Name By The Fandom

We know that each one of you eagerly waited for Katsuki’s hero name to be revealed. Unfortunately for us, his hero name was the last one to be revealed. The reason being that Katsuki’s earlier decision to name himself, Lord Explosion Murder and King Explosion Murder were rejected by Midnight. Thus, Katsuki takes a long time to choose his hero name and so the fandom decided to take matters into its own hands to give him two equally amazing hero names; Dynamite and Ground Zero. Both the names gained huge popularity and were used before his actual hero name was officially revealed. 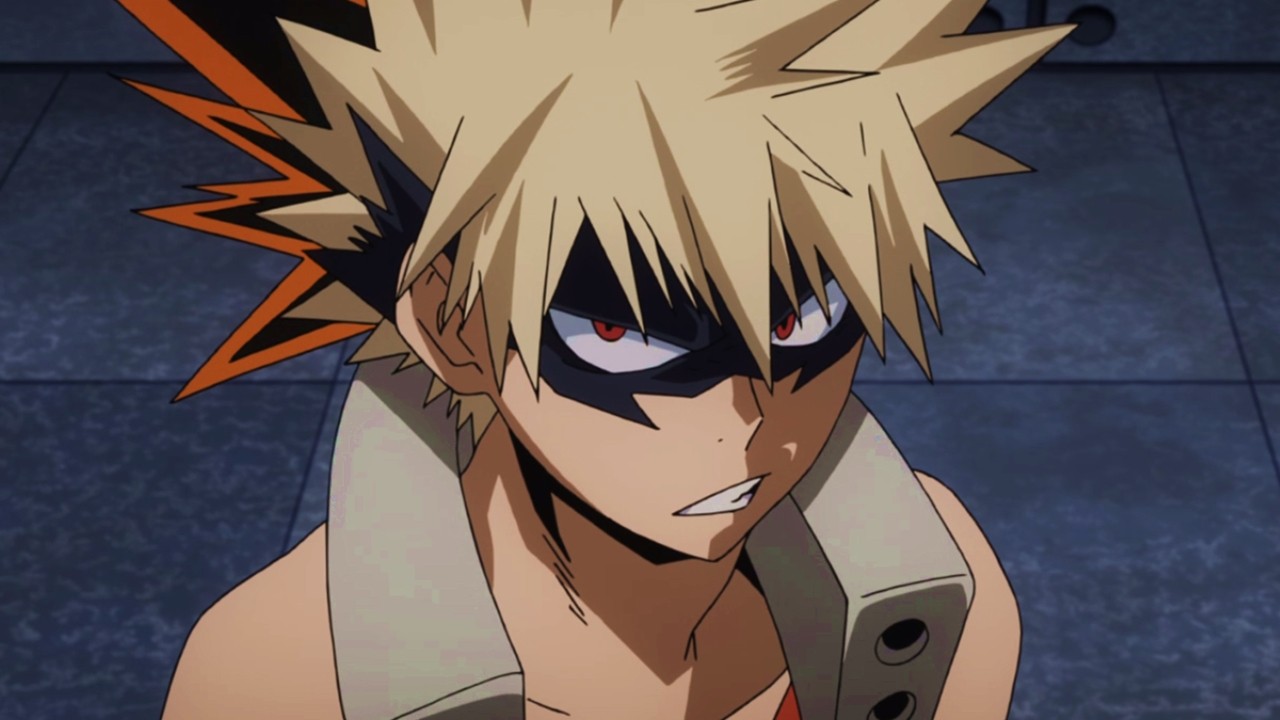 After a long period of waiting, it is only in chapter 293 that it is revealed this Katsuki’s hero name is Great Explosion Murder God Dynamight. Sticking to his character, Katsuki did what he wanted to because it was his life and his rules. Although it is a mouthful and certainly humorous, we support Katsuki in all his endeavors. 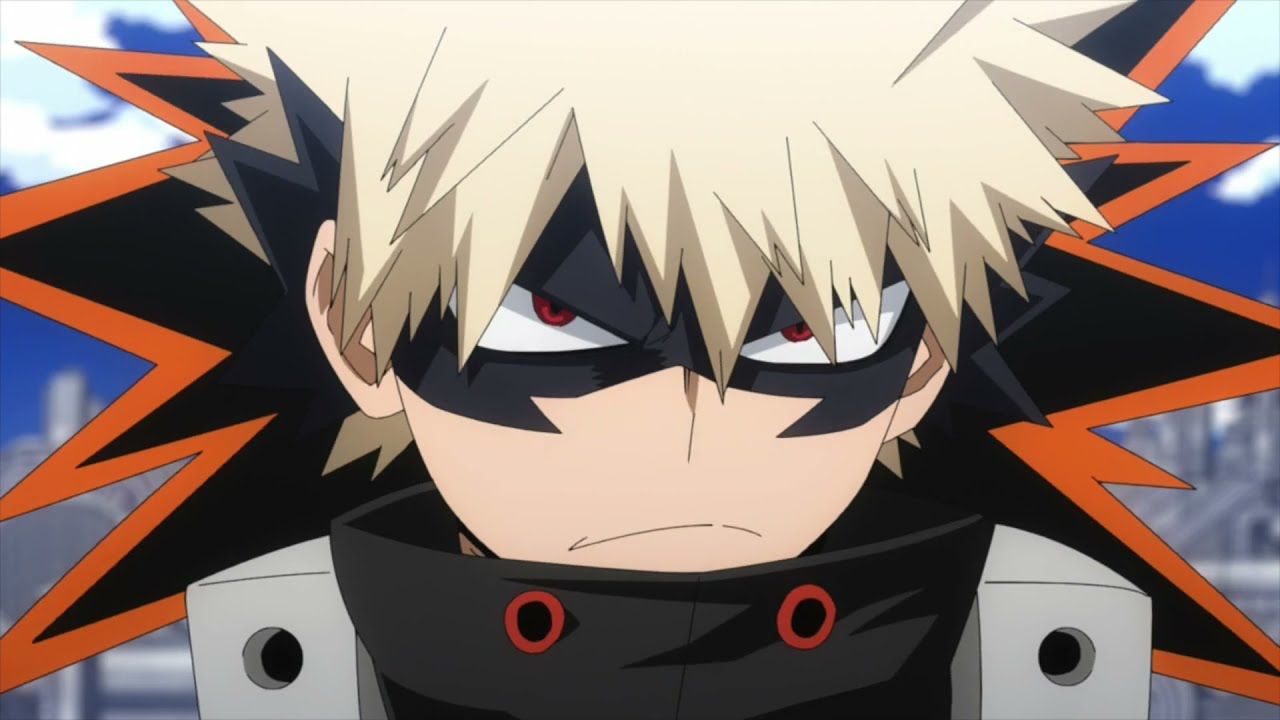