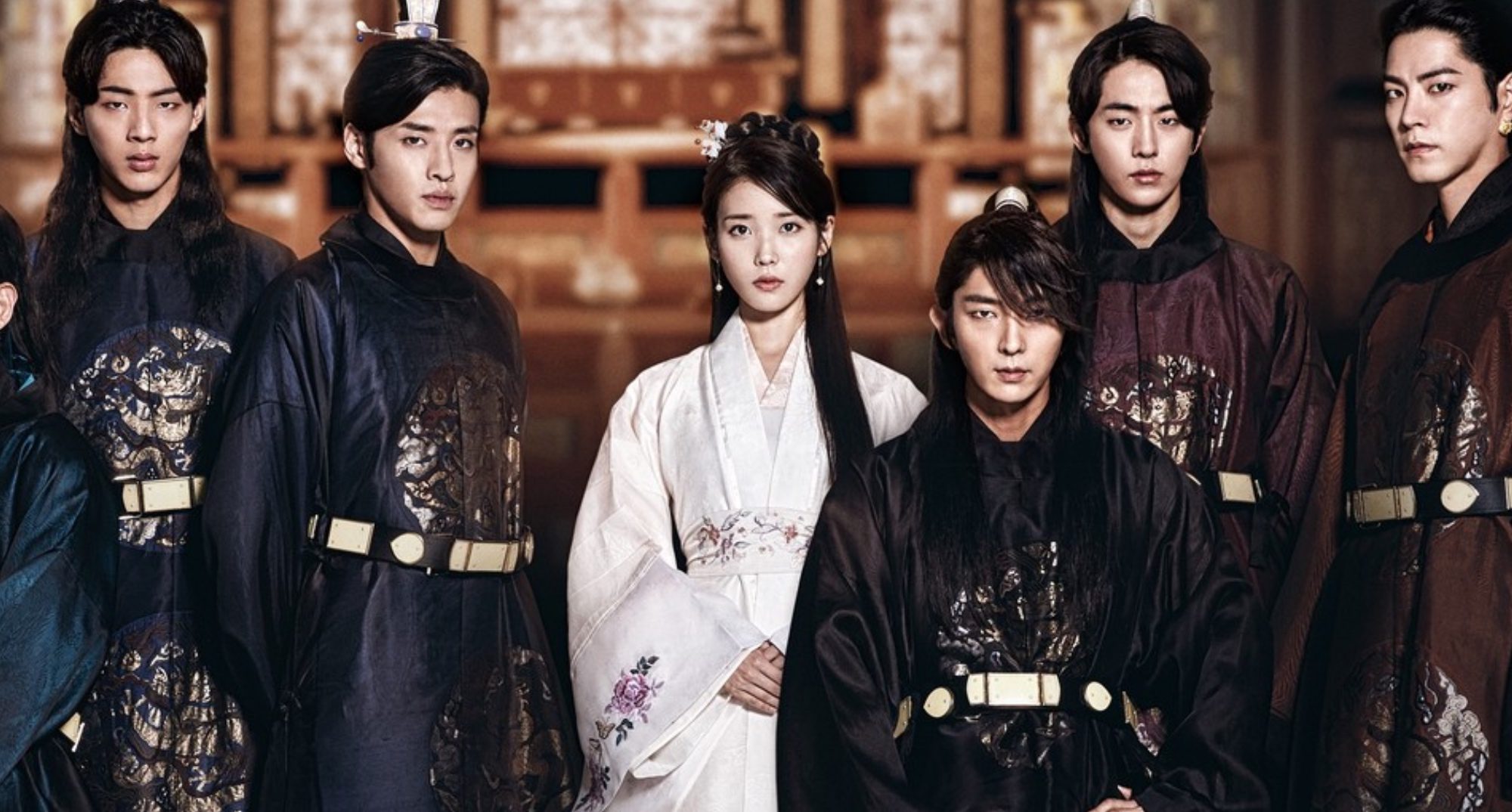 In the era of the modern age, it is never a bad idea to dive into historical entertainment. ‘Scarlet Heart Ryo’ is a drama about a girl who travels to the past and ends up in the body of a princess’s cousin. At first, she is scared, but soon she starts making acquaintance with the princess of the dynasty. If you like a good romantic-historic drama, then here are the eight K-Dramas Like ‘Scarlet Heart Ryo’.

Many K-Dramas like ‘The King,’ ‘Cinderella and Four Knight,’ ‘Hotel Del Luna’ etc., give us a similar story to ‘Scarlet Heart Ryo’ Kdrama. The best part is that most of these dramas are a mixture of time travel, reincarnation, royal politics, and love stories.

The ‘Cinderella And Four Knights’ Korean drama is a rom-com drama with many twists and turns. Eun Ha Won is a sweet and hardworking girl who does not take bullshit from anyone. However, her own family does not have any regard for her. Her stepmother and step-sister treat her like a servant who does not have a place in their family. Still, she is extremely determined to achieve her goal of becoming a teacher.

For this, she needs money and, because of this, agrees to be Kang Hyun Min’s date for his grandfather’s birthday party. However, when his grandfather sees her no-tolerance attitude, he offers her a job as a butler at the sky house. This begins a journey of love triangles, pranks, and heartbreaks. ‘This Cinderella and Four Knights’ is a drama like ‘Scarlet Heart Ryo’ as it has many guys falling in love with a strong independent girl. 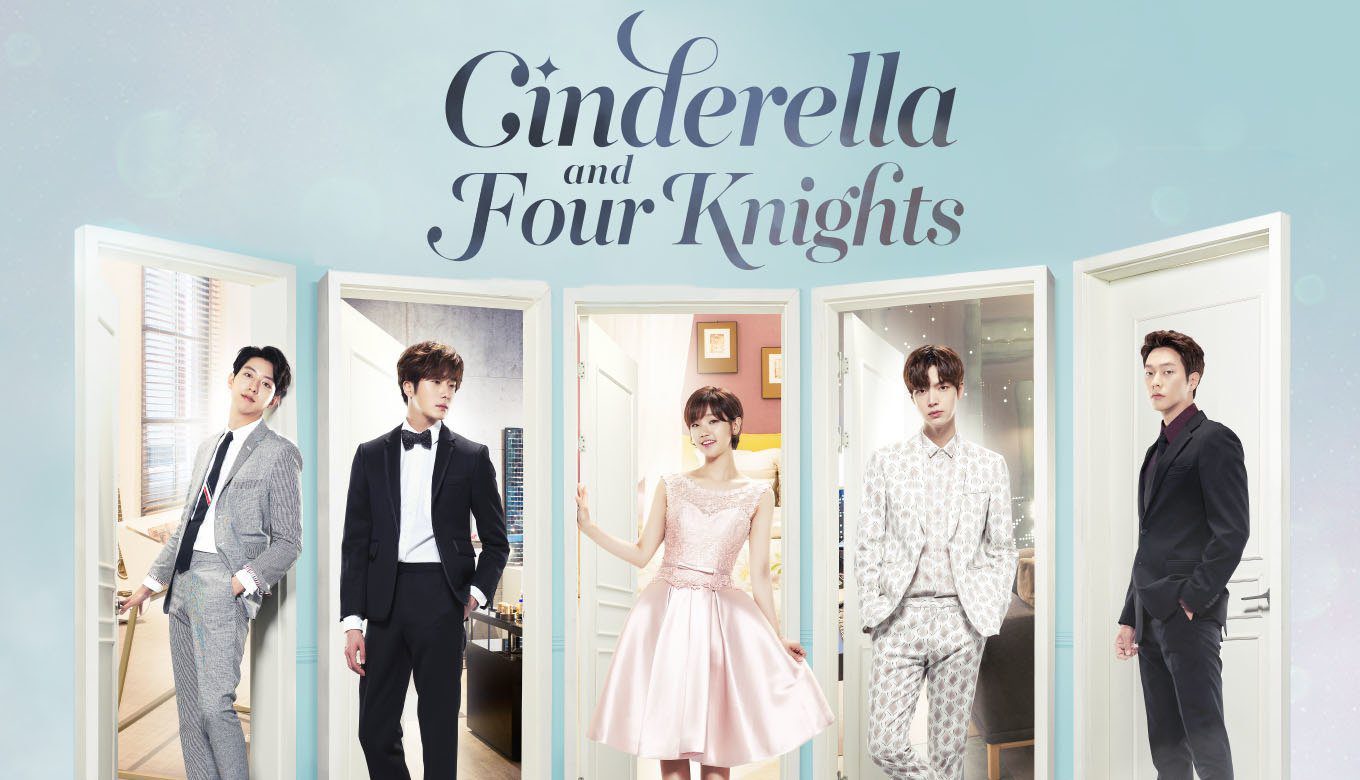 Cinderella and the four knights

The ‘Hotel Del Luna’ is one of the K-Dramas Like ‘Scarlet Heart Ryo’ as it has a historical value and magic in it. The CEO, Jang Man Wol, is trapped in managing a gruesome but interesting hotel in the middle of Seoul city. She has been enticed to the hotel by a god to save herself from her rage to take revenge. Also, she can get rid of the hotel only if she gives up her anger and finds peace.

Moreover, she will also have to find true love for herself. In the crowd of ghosts, there is a human managing earthly things. However, as he is soon to retire, Man Wol tricks Chan Sung’s father into giving him up for the hotel. When he realizes what he has done, he tries his best to save his son. However, in the end, Man Wol gets her way. Interestingly, Chan Sung brought order to the hotel’s management and finances once he started working there. Furthermore, he becomes someone who Man Wol could rely on. 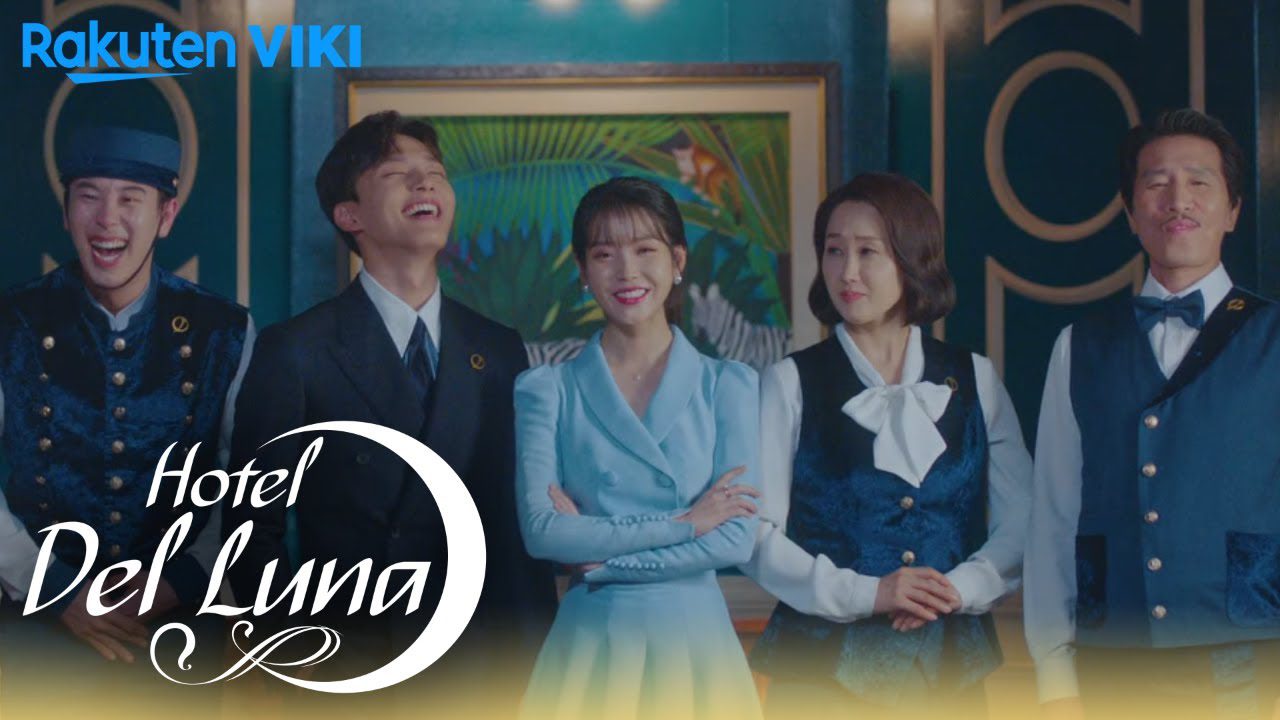 In the history of K-Dramas, one of the most beloved historic romantic dramas has to be ‘Goblin: The Lonely and Great God’. The ‘Goblin’ is one of the K-Dramas Like ‘Scarlet Heart Ryo’ that you should consider watching. It has history, drama, romance, and friendship. Kim Shin, who was an undefeated general in the past, is betrayed by his friend, who is the emperor. Also, the emperor’s jealousy leads him to execute his wife, who is loved very much, just because she is Kim Shin’s sister.

After Kim Shin’s death, the villagers pray for his revival. However, it comes with a curse. The diety grants Kim Shin immortal life with the curse that he will remember every man that he has killed for the rest of his life. Still, there is one way to end the curse. Kim Shin will have to find Goblin’s bride who can pull out the sword in his chest that will end his suffering and immortal life. When the Goblin meets Ji Eun Tak, he is skeptical of her, but in the end, she proves to be the real bride. Another reason that ‘Goblin: The Lonely and Great God’ is one of the K-Dramas Like ‘Scarlet Heart Ryo’ is that it has a tragic love story. 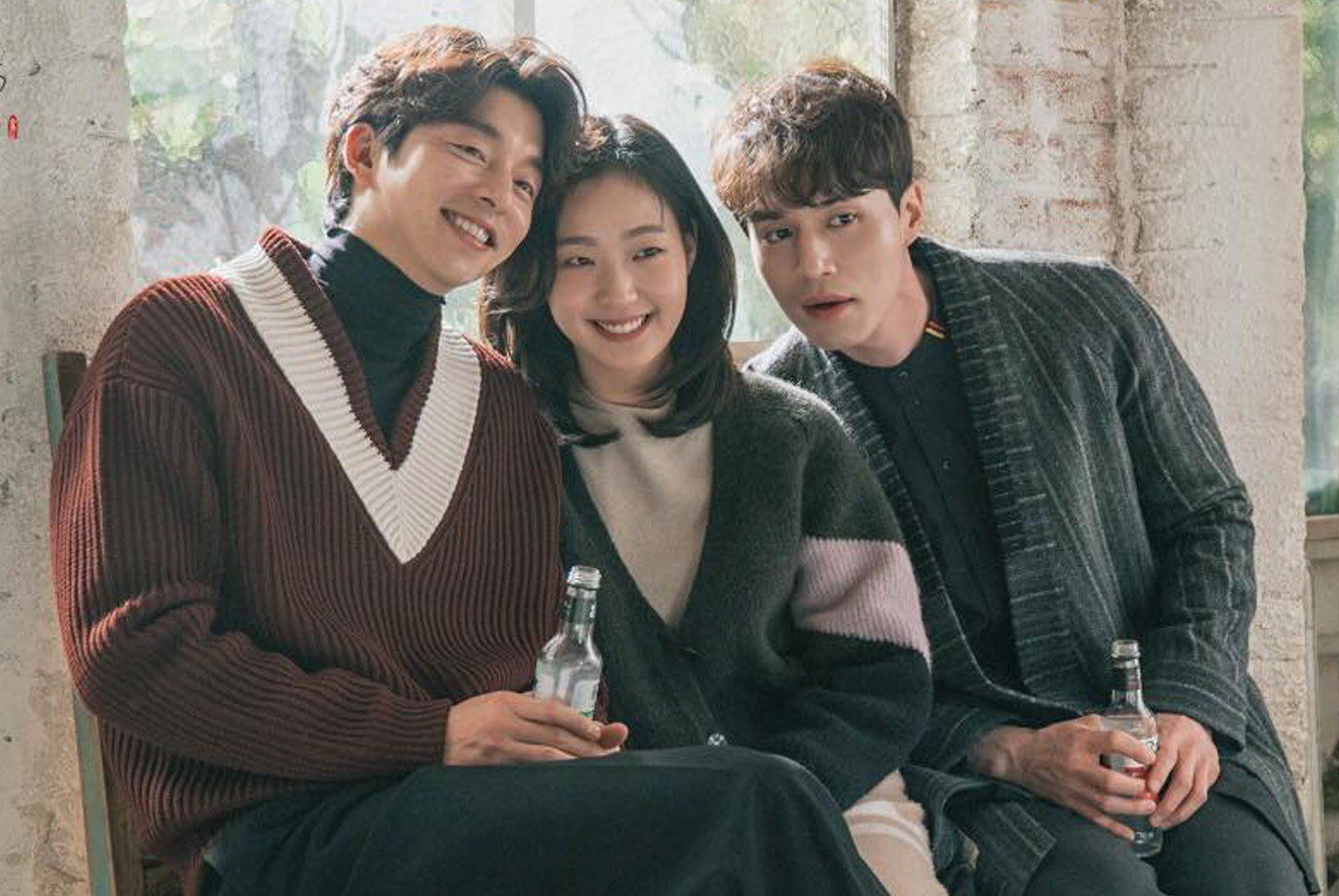 5. The Legend of The Blue Sea

If you are a fan of Lee Min Ho and Jun Ji Hyun, you must have watched the epic Kdrama ‘The Legend of The Blue Sea’. This is another Kdrama that has a historical angel and reincarnation. Although it does not have tome travel, the historical pasts of the main characters depict a great story. It is a love story between a human and a mermaid that ends tragically because of jealousy and greed.

Shim Chung is a mermaid from the Joseon era and has lived for thousands of years waiting for her soulmate Ryung. When she meets the modern-day reincarnation of her past lover, she follows him instinctively. At first, Heo Joon Jae is interested in Shim Chung because of the jade bracelet that she possesses. He plans to steal it from her as he is a con artist. His criminal lifestyle does not portray his real background as he is the heir of a big businessman. However, his stepmother wants to kill him to make her son the heir. Will Shim Chung give up her life for her one true love? 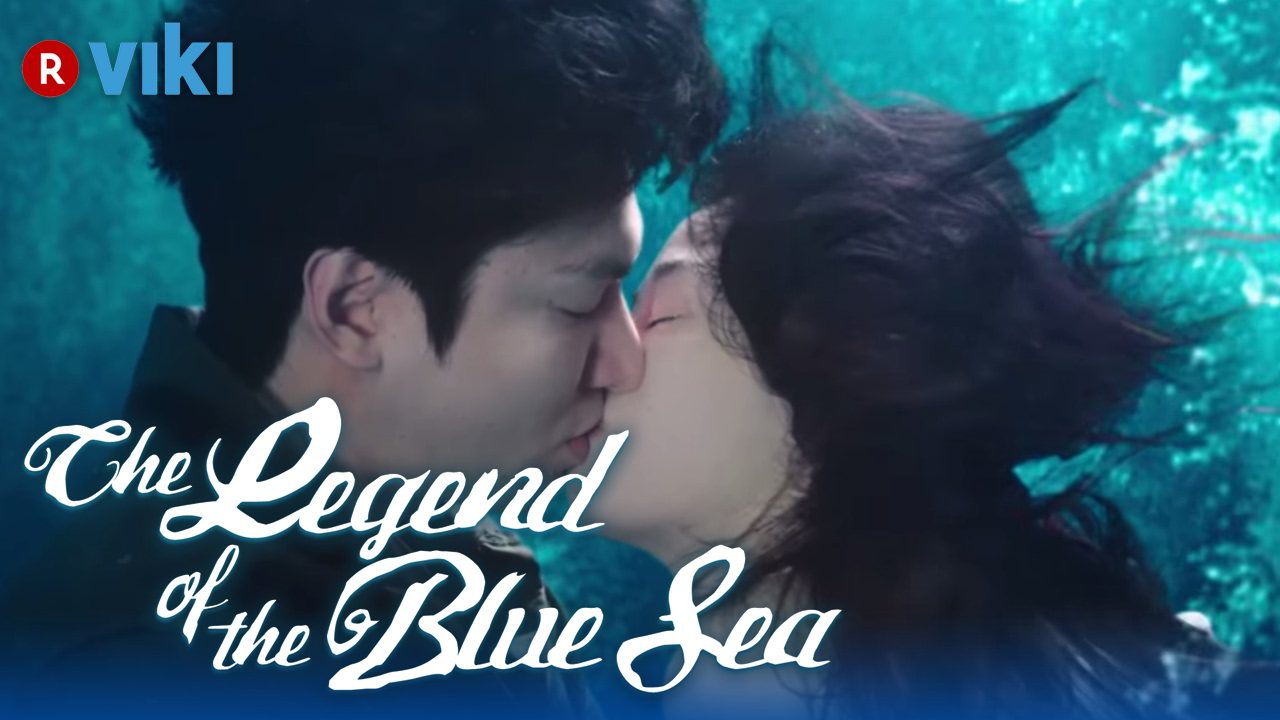 The Legend of The Blue Sea

Another one of Lee Min Ho’s dramas that is extremely similar to ‘Scarlet Heart Ryo’ is ‘Faith’. The drama aired in 2012 and was very famous among historic drama fans. It is a story about a doctor named Yoo Eun Soo who is brought 700 years into the past for her abilities as a physician. She has gifts that can help in saving the kingdom. However, her hostile interactions with General Choi Young are a hindrance to her work. He is extremely smart when it comes to wars but very timid in life. At first, he does not like her, but as they spend more time together, he starts to fall in love. 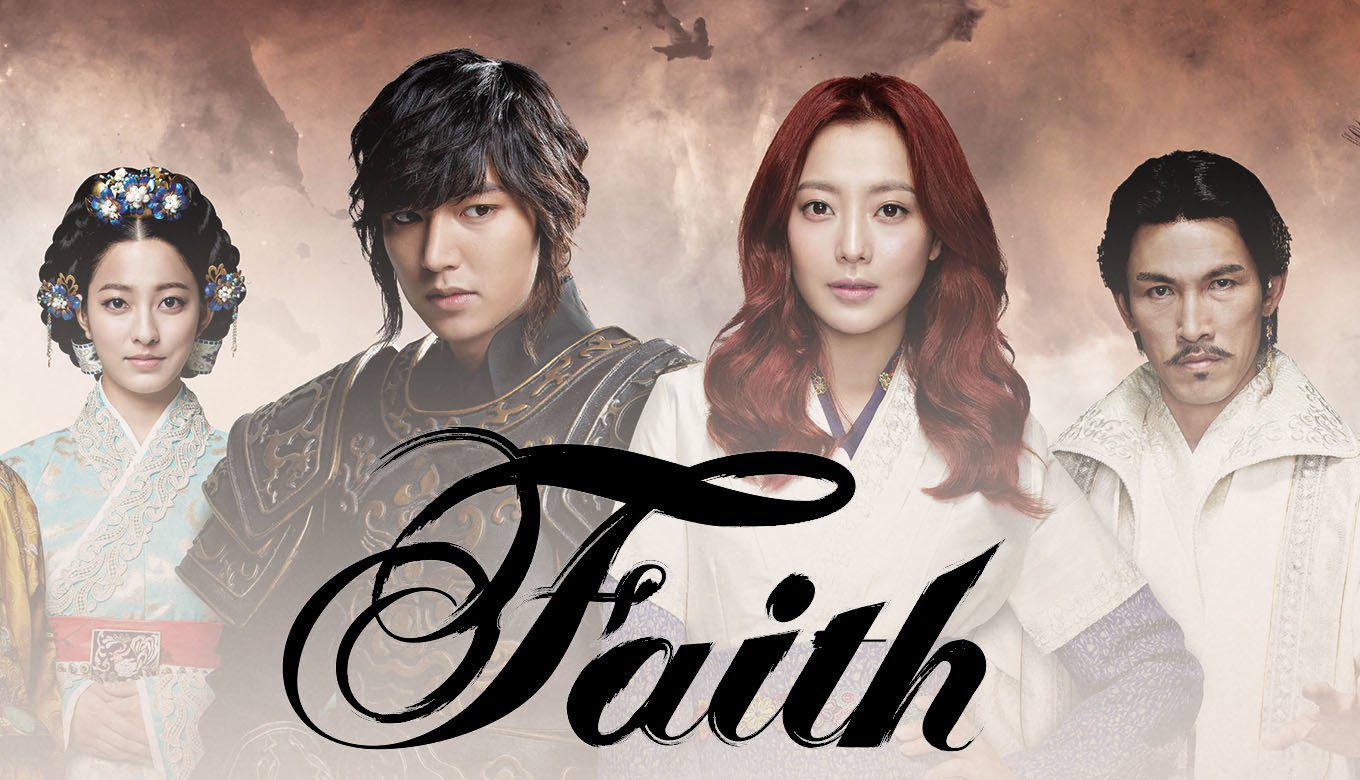 3. The Moon Embracing The Sun

The best story for drama lovers is ‘The Moon Embracing The Sun’. It has politics, tragedy, and secrecy. It is a Kdrama like ‘Scarlet Heart Ryo’ as the female character is used as a pawn in the game of power. The crowned prince Lee Hwon is a smart man who has a responsibility to marry and produce an heir for his kingdom. However, the Dowager queen wants to cease more power for herself. One day as Heo Yoo Woo is visiting the palace for her brother’s congratulation ceremony, she meets the crown prince’s eye.

After this, he instantly falls in love with her and decides to marry her. However, similar to ‘Scarlet Heart,’ Ryo’s death is a part of this Kdrama. The queen secretly orders to kill Yoo Woo, but she is resurrected back to life. Everyone thinks that she is dead, and the prince swears to never marry anyone else. However, the resurrected Woo comes to the palace as a shaman one day, and this makes the prince investigate the cause of her death. However, doing so is not easy anymore as Dowager’s queen’s clan wants to throw the prince off the throne. 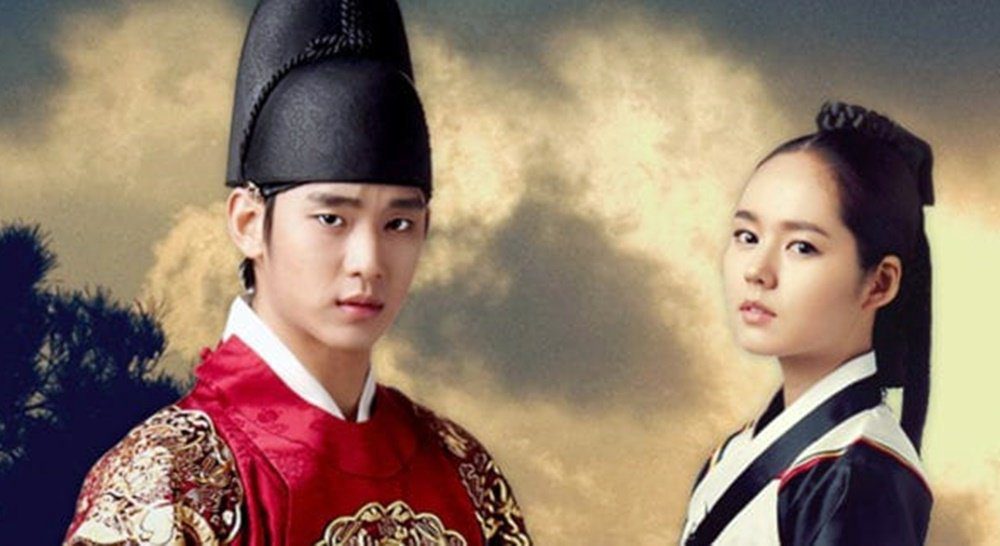 The Moon Embracing The Sun

The historic drama ‘Hwarang: The Poet Warrior Youth’ not only depicts an important part of history but also entertains us with a great love story. Hwarangs were a big part of history, and their achievements can only be recognized by watching this drama that is similar to ‘Scarlet Heart Ryo’. 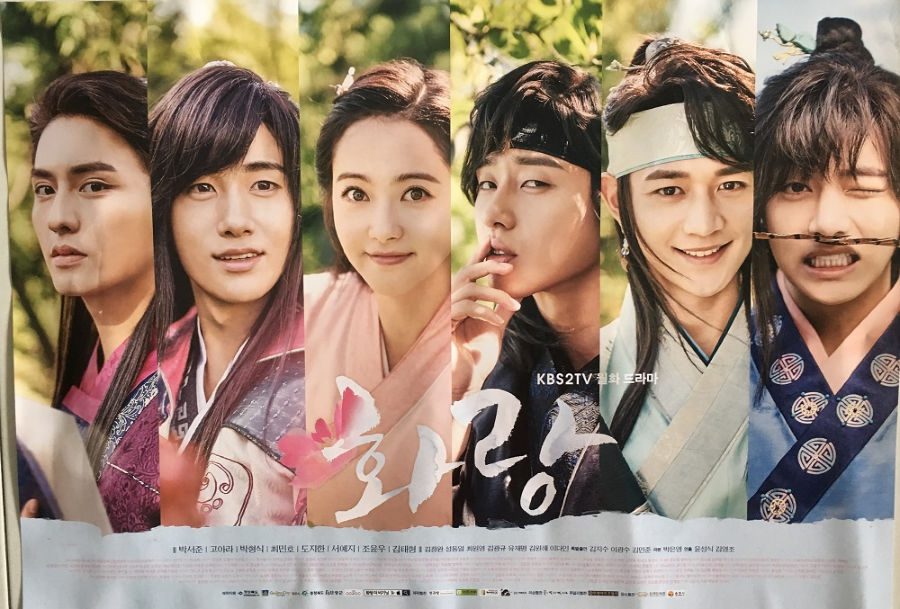 If you are thinking about who could be at the top of the K-Dramas, like ‘Scarlet Heart Ryo,’ here is your answer. ‘The King: Eternal Monarch’ is the most similar Kdrama to ‘Scarlet Heart Ryo’ as it contains historical aspects as well as time travel. Also, it is not surprising that this is one of Lee Min Ho’s dramas. Lee Gon is the king in the modern era who is seen as a perfect model by the world. However, a dark secret lies in his heart as he witnesses the murder of his father when he was eight years old.

Because of this, he does not like to be bound to royal duties and prefers to have a normal life. To do so, many times, he escapes his guard and goes on new adventures. However, one day he travels through a portal and ends up in a parallel universe. Here he meets inspector Jeong Tae Eul and makes it his mission to defeat the criminals and close the portal between two parallel worlds. 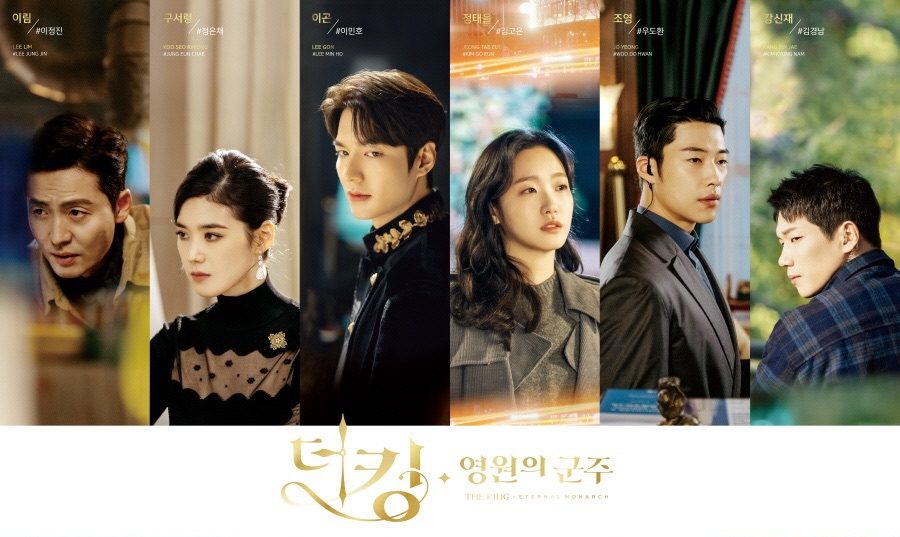