Destiny 2 Season 17 release date is this week. Consequently, we’re bringing you everything necessary to know ahead of the seasonal release. After you read our post, you will have a complete understanding of what this season will be like, the release date, what are the updates on the trailer from Bungie, and when is the server maintenance schedule.

Also, the trailer with upcoming content is out, and we are sharing it with you. We will break it down for you. Moreover, the trailer sheds light on the seasonal themes, weaponry, and armor you can earn. Lastly, the amazing trailer shows you the new dungeon location with story details. Without further ado, let’s begin. 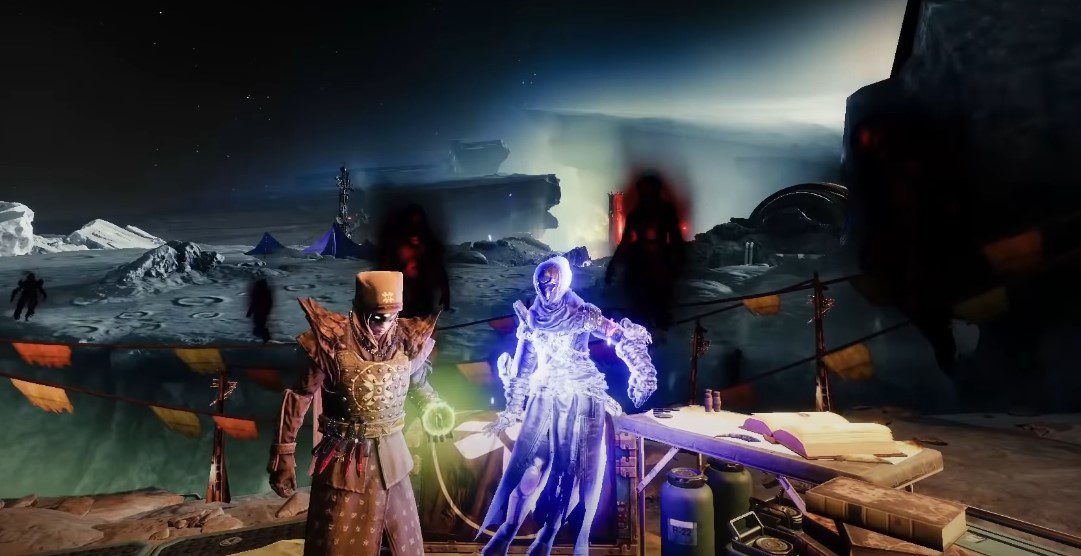 When Is The Destiny 2 Season 17 Scheduled Server Maintenance?

The Leviathan returns with a familiar Disciple.

The trailer begins on the moon with Eris Morn, a location merchant, and displays the Leviathan in the sky above the planet. The trailer discloses a couple of necessary details: First and foremost, Destiny 2 continues the plot from the Season of the Chosen’s Presage quest and the Season of the Risen’s Vox Obscura adventure. Second, the Shadowkeep expansion’s phantom Nightmares play an essential part, bringing back old, dead adversaries for players to cope with while also pushing characters to confront mistakes from their pasts. It also reveals the title of Season 17: The Haunted Season.

The Leviathan, home of exiled Cabal ruler Calus and a returning destination from vanilla Destiny 2 that was vaulted with the release of the Beyond Light expansion, is significantly featured in the trailer. Furthermore, The Leviathan appears to be the home of the new dungeon, which will debut on Friday, May 27, and will include returning weaponry from the Season of Opulence, which consists of the Menagerie activity that reintroduced players to Leviathan. According to our best guess, the weapons you’ll encounter in the dungeon will be new versions of Menagerie weaponry, including some PvP favorites like the Austringer hand cannon and the Beloved sniper rifle.

In terms of plot, we see Eris, Zavala, Crow, and the player Guardian together in what appears to be a seance—so anticipate things to get scary as they try to deal with the Moon Nightmares and the Pyramid ship buried beneath its surface. Because the trailer focuses on the Leviathan, which has evolved substantially since its disappearance with the Beyond Light expansion, it’s difficult to take too many additional story implications from it. Interactions with the Darkness have altered the Leviathan.

It’s infested with strange Darkness plants and Scorn opponents. There’s also the possibility that the Leviathan has evolved into a throne world, with Ascendant portals strewn everywhere. It appears that things are about to become strange in there. The Crown of Sorrow plays a role in the new tale. And the raid of the same name on the Leviathan and the Presage assignment.

Some nice æsthetics ahead for Season 17

The trailer also reveals new Solar powers, indicating that the Solar subclasses will be the next to get the 3.0 treatment. It is similar to how the Void subclass received it during the Season of the Risen and the Witch Queen expansion. It’s difficult to say what new skills will be available. Still, there are some charming touches, such as a Warlock snapping their fingers to set enemies on fire. Which feels like a homage to the original BioShock’s firestarter abilities.

The trailer also shows off several armor sets that will be accessible throughout the season and perhaps the dungeon, with a lot of them having a nasty, macabre motif to match the season’s seance vibe. Bungie updated its website with new information regarding Season of the Haunted, filling in some holes.

The Trespasser, an Exotic sidearm from Destiny 1, is depicted firing a volley of Arc rounds. The trailer closes with a Hunter attacking a Scorn Nightmare boss opponent with a blazing, Grim Reaper-style scythe. It’s difficult to say what the scythe is. Whether it’s a transitory weapon like the Psionic Spear from Season of the Risen or a new Glaive archetype that players will obtain for the season.