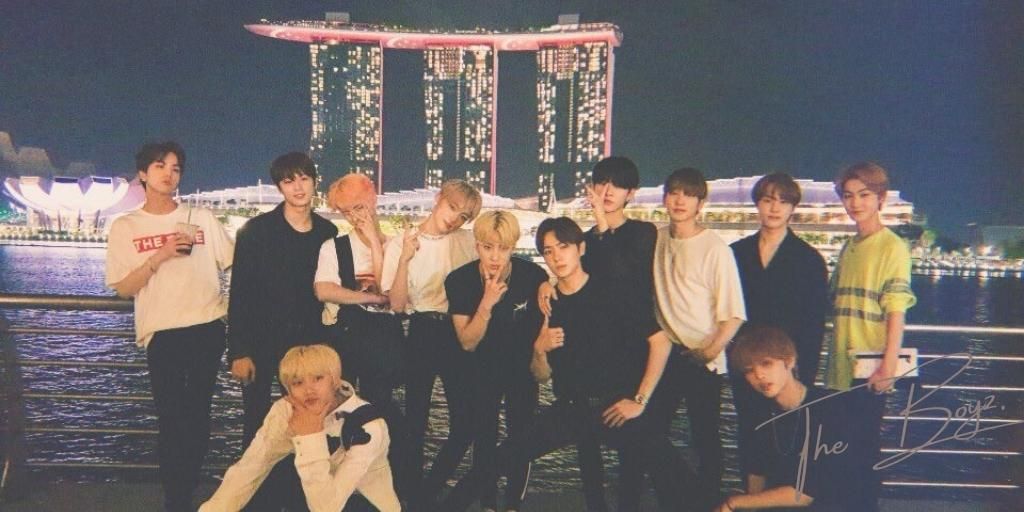 As K-pop progresses into our world, fans become more intrigued to know about the artists they stan. Even the most minor details. Everything about the idols matter. Unfortunately for the famous, the world knows almost everything about them. Rising stars in the Korean entertainment industry, the members of The Boyz, have become the topic of every conversation. It seems like a pick me thing to say, but that’s the name they’ve given themselves. However, as legendary as the name is, so are the members of the Boyz. They’ve gained a massive following over the past few years and are currently soaring into the crowds of esteem.

Everyone has already witnessed exactly how above and beyond many artists go, each with their skillset. In the industry of Korean entertainment, creativity as well as passion overflow the place like a fountain. Every artist has something to say for themself. So, for a boy band so young and so talented, every human being alive that gets entertained by knowing what goes on in famous people’s lives instead of minding their business desire to know about this admired band. The Boyz consist of 11 members, each having a certain position in the band. Without further ado, let’s dive right in.

Sangyeon is the leader of the k-pop sensation, The Boyz. He has been named the father of the group by the fans and the members themselves. Being a leader of 11 in a band can turn one into that sort. Along with being the leader of the group, Sangyeon is also the main vocalist. Born on November 4, 1996, Sangyeon was born in Songpa-gu, Seoul, South Korea. His specialty includes songwriting and managing vocals. Snagyeon’s education was completed at Hanlim Arts High School. Sangyeon is said to be a really good impressionist and, along with so, is a really sweet and charming guy. 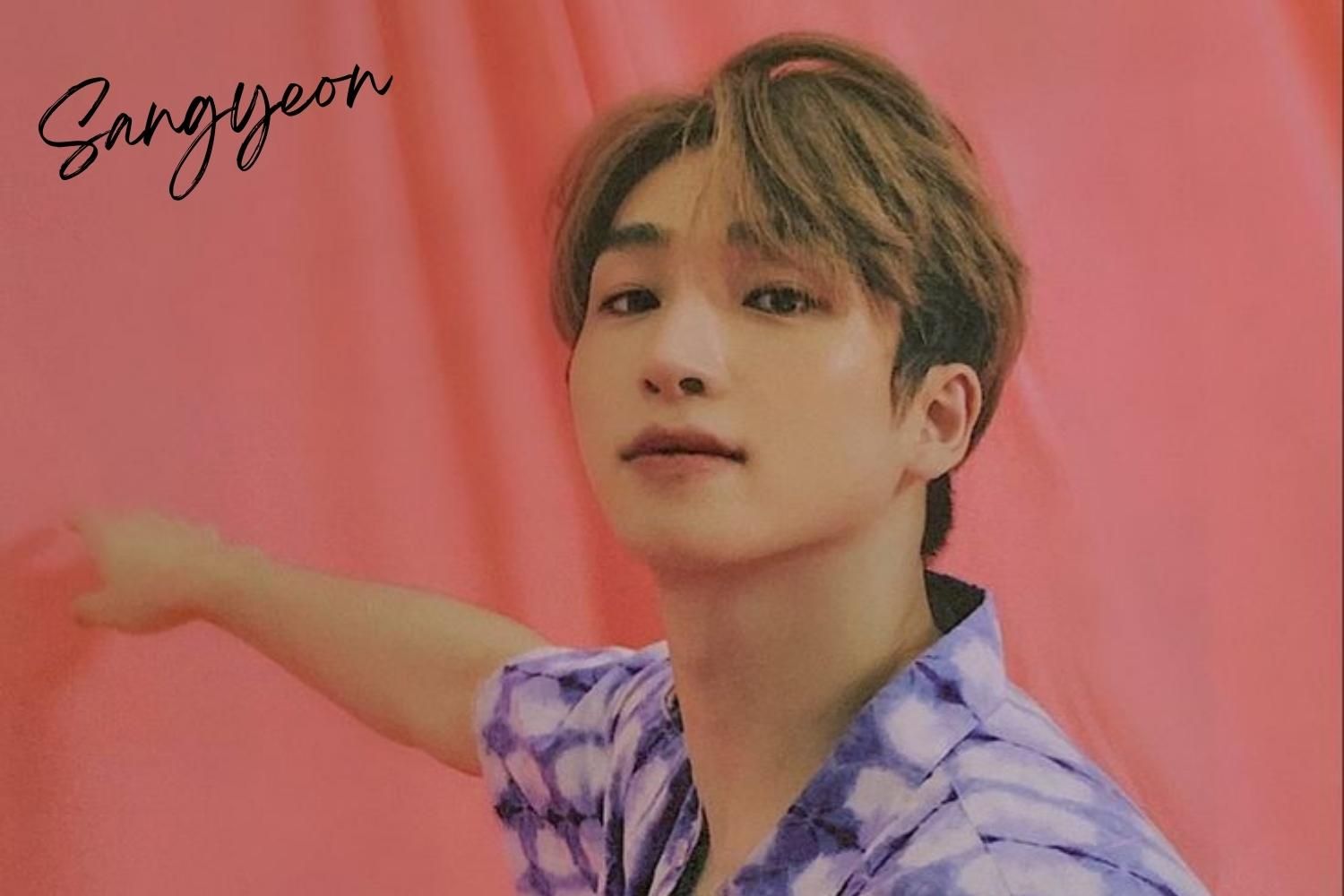 Born on May 30, 1997, in Toronto, Canada, Jacob is the Lead Vocalist of The Boyz. In his profile music video ‘DAZED’, Jacob wrote, sang, and composed the video. Jacob also received an MVP award for volleyball and was an honor student from elementary to 11th grade. Jacob’s mysterious aura has many fans in awe. Furthermore, many assume that because he is not such a talkative person, he favors silently observing situations instead of speaking. Jacob is, however, a very talented and capable musician and gets underestimated quite easily. His potential has given him the position of being the lead vocalist. 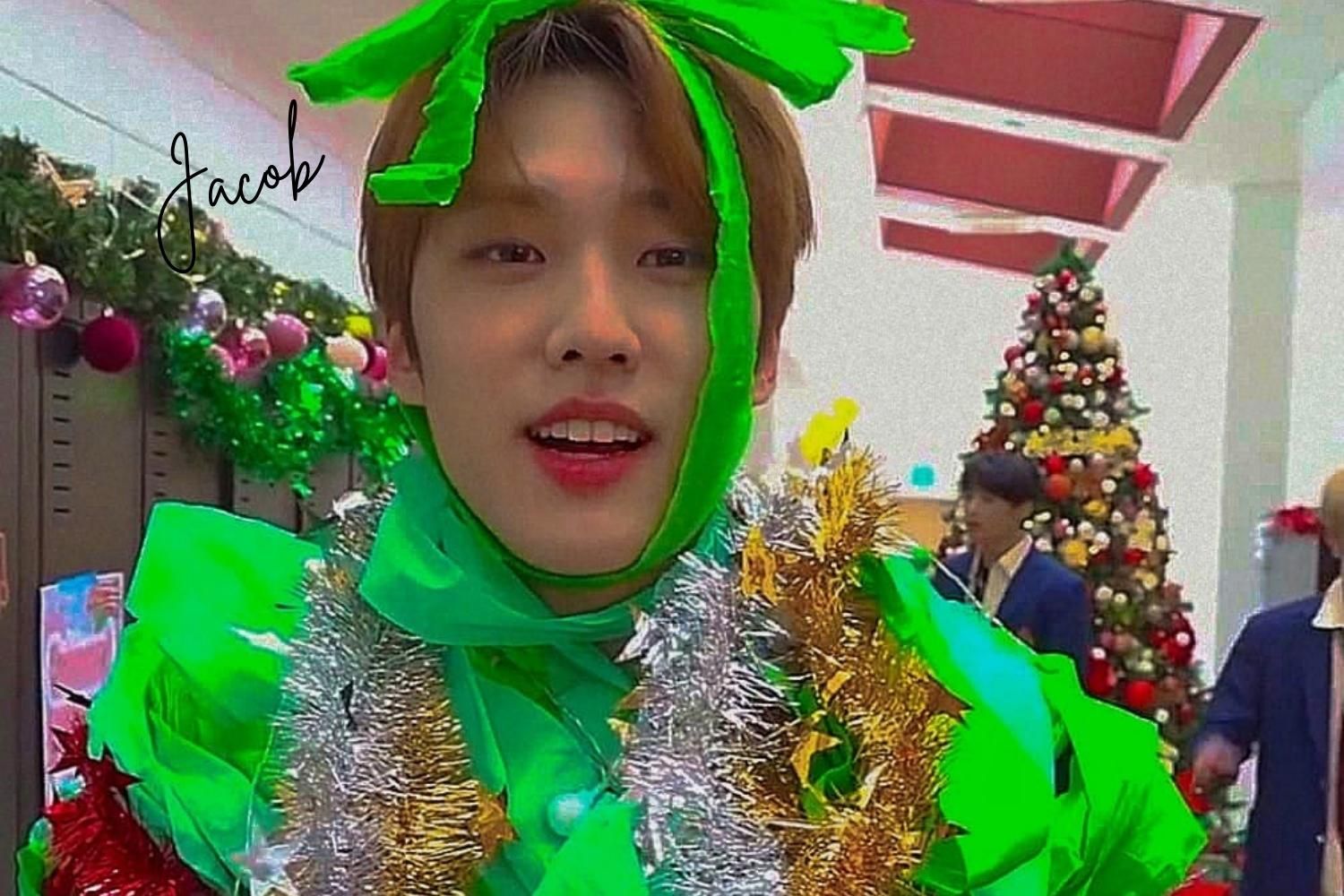 Also Read: Learn The Lingo: What Does ‘FOTG’ Mean In K-pop?

Younghoon’s position in the boy band is doing the sub-vocals. Most of the time, all creations happen in the studio, but on some occasions where spontaneous ideas hit the members, some lyrics and choreographies are made on the spot. Born on August 8, 1997, Younghoon modeled for ‘Paul Miranda Italy Pictorial’. Despite having the looks and the charismatic character, Younghoon is an easily embarrassed person, especially when someone compliments his skills. Younghoon has a musical ear. Meaning he has a unique preference when it comes to music. Younghoon made his acting debut as the second lead in the k-drama ‘Love Revolution’ (2020). He also made a guest appearance and starred in several episodes of the k-drama ‘One The Woman’ (2021). 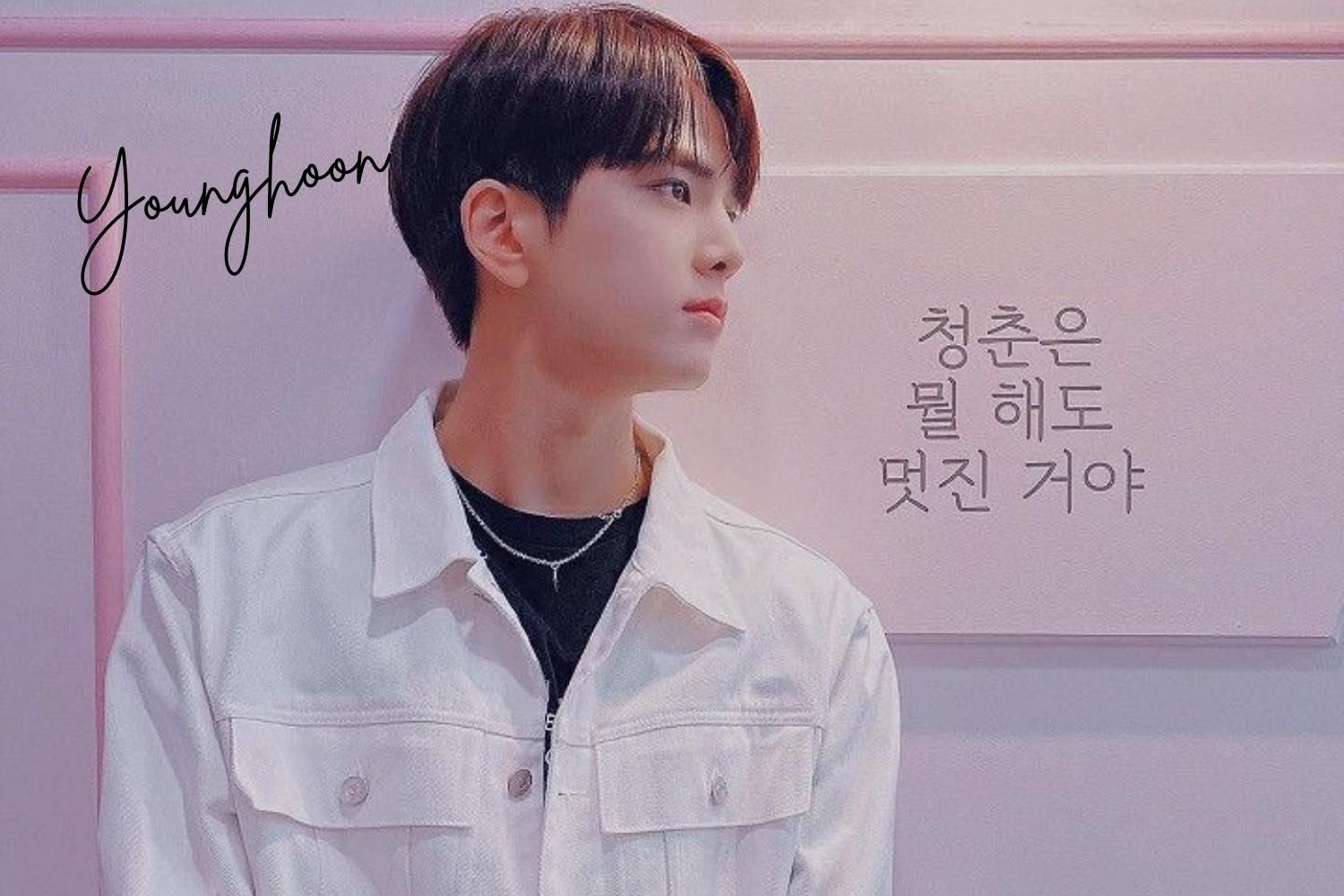 Also Read: When Will TXT Disband? Know Everything About The Popular K-Pop Boy Group

Graduating from Hanlim Arts High School, Hyunjae is the lead dancer and is also in charge of the visuals. Born on September 13, 1997, Hyunjae has a really amazing talent in dance. He made his debut as an actor in the web drama ‘I Can See Your MBTI’ (2021). It is said that Hyunjae is very athletic as he plays all kinds of sports and loves the outdoors. According to members of the group, Hyunjae is a very clingy person. And honestly, no fan would mind if their bias was clingy. Hyunjae as a person, is a very outgoing and friendly guy who cares about all the members of the band. He seems like the guy who’d sweet talk anyone into doing anything. Actually, he wouldn’t even have to try, as everyone would willingly do anything for him. 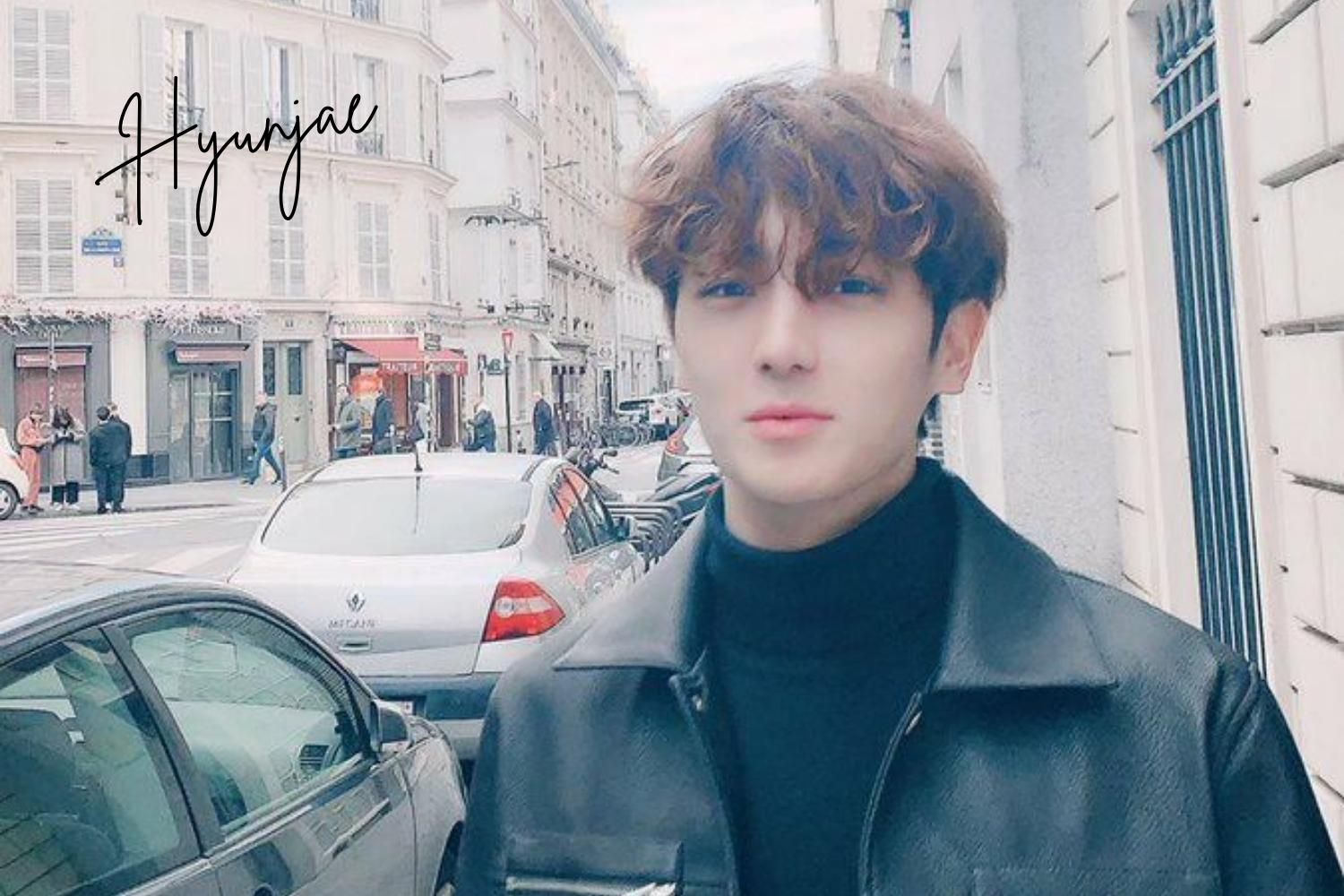 Also Read: Most Talented Female K-pop Idols Who Were Born In The Month Of June!

Juyeon is the main dancer and Sub-vocalist of the band. Born on January 15, 1998, Juyeon’s special talents are dance and flexibility. In some shows, Juyeon was asked to show just how flexible he is, and when he did, the show’s hosts were really surprised and worried he might twist a muscle. The clip was quite humorous. Juyeon also appeared in MelodyDay’s ‘You Seem Busy’. Fans are really attracted to this member as he seems like he would be easily befriended. 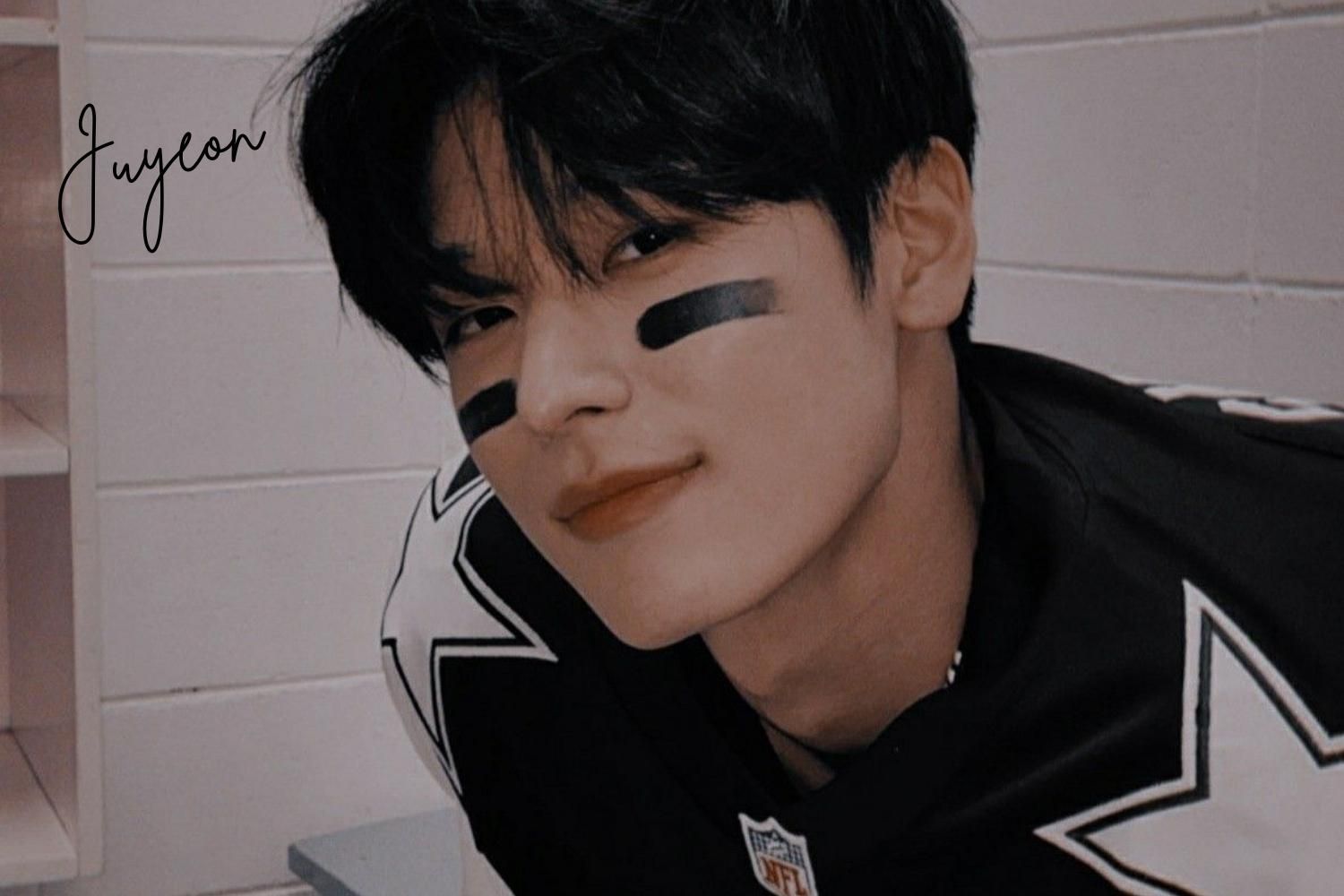 Also Read: When Did K-POP Become Popular And Transform Into A Global Phenomena?

The loving and seriously gorgeous idol, Kevin, was born on February 23, 1998. He spent his infant years in Canada but was originally born in Gwangju. A real fun fact about Kevin is that his name was inspired by the movie Home Alone. After watching that movie, Kevin’s parents named him because they really liked the child in the movie. Kevin’s Trainee life, like all the members in the band, was really exhausting and tedious. Of course, all the members of the group worked immensely hard to reach where they are, and in a specific interview, Kevin put the entire fandom into tears with his words. He said he did have a really hard time as a trainee, but in the end, when he watched his band, he couldn’t be any more grateful and said that all the pain was worth it. 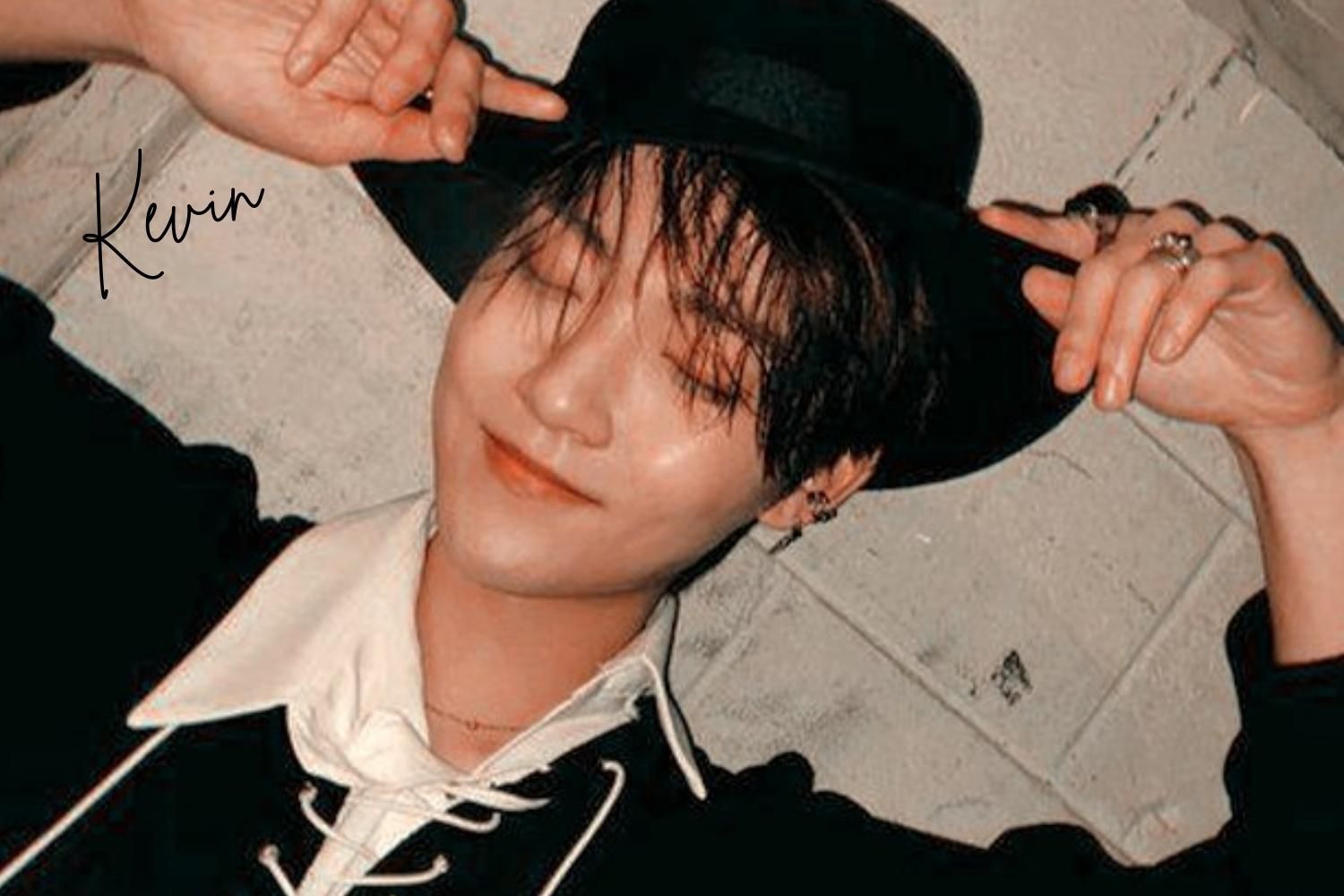 Also Read: Who Won The American Song Contest? Find Out How It Was A Win For K-POP!

With the stage name New, his birth name is Choi Chan Hee. This amazing band member was born on April 26, 1998. New revealed in a video that in his trainee period, he worked a lot of part-time jobs in restaurants and was hopeful to have his dreams come true. Now, even the most heartless souls tear up to hear his laugh and how he’s doing better than he was before. 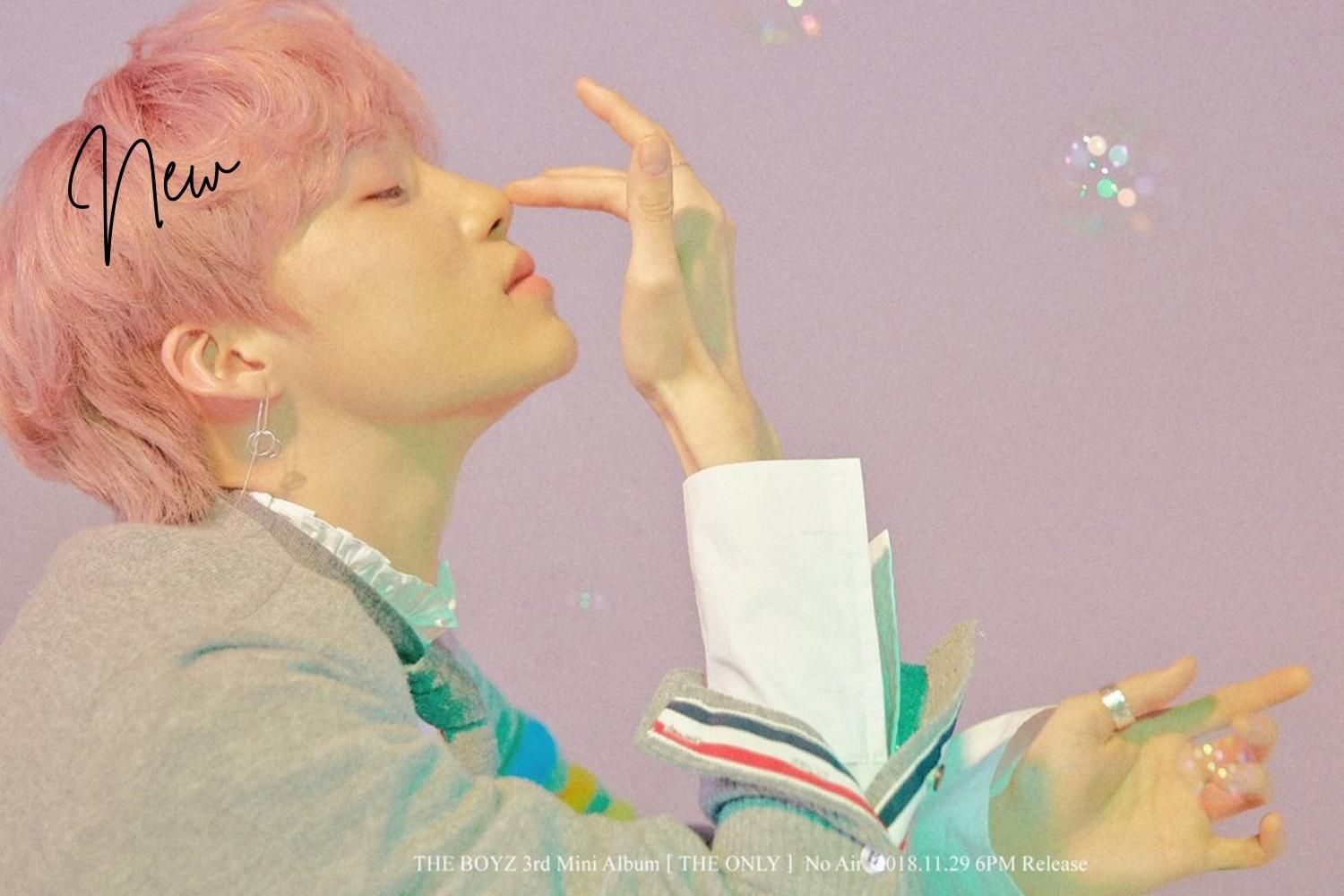 Born on November 5, 1998, with the birth name Ji Chang Min and the position of Main Dancer and sub-vocalist, Q has dominated the industry with his mad skills. The fandom has fallen for his sweet and caring character. Q did an audition at his dance academy and got cast. Q is most known for his stoic face while watching horror movies. Fans were really surprised to see him not flinch at all and made the decision to watch horror movies with Q if they ever had the chance. 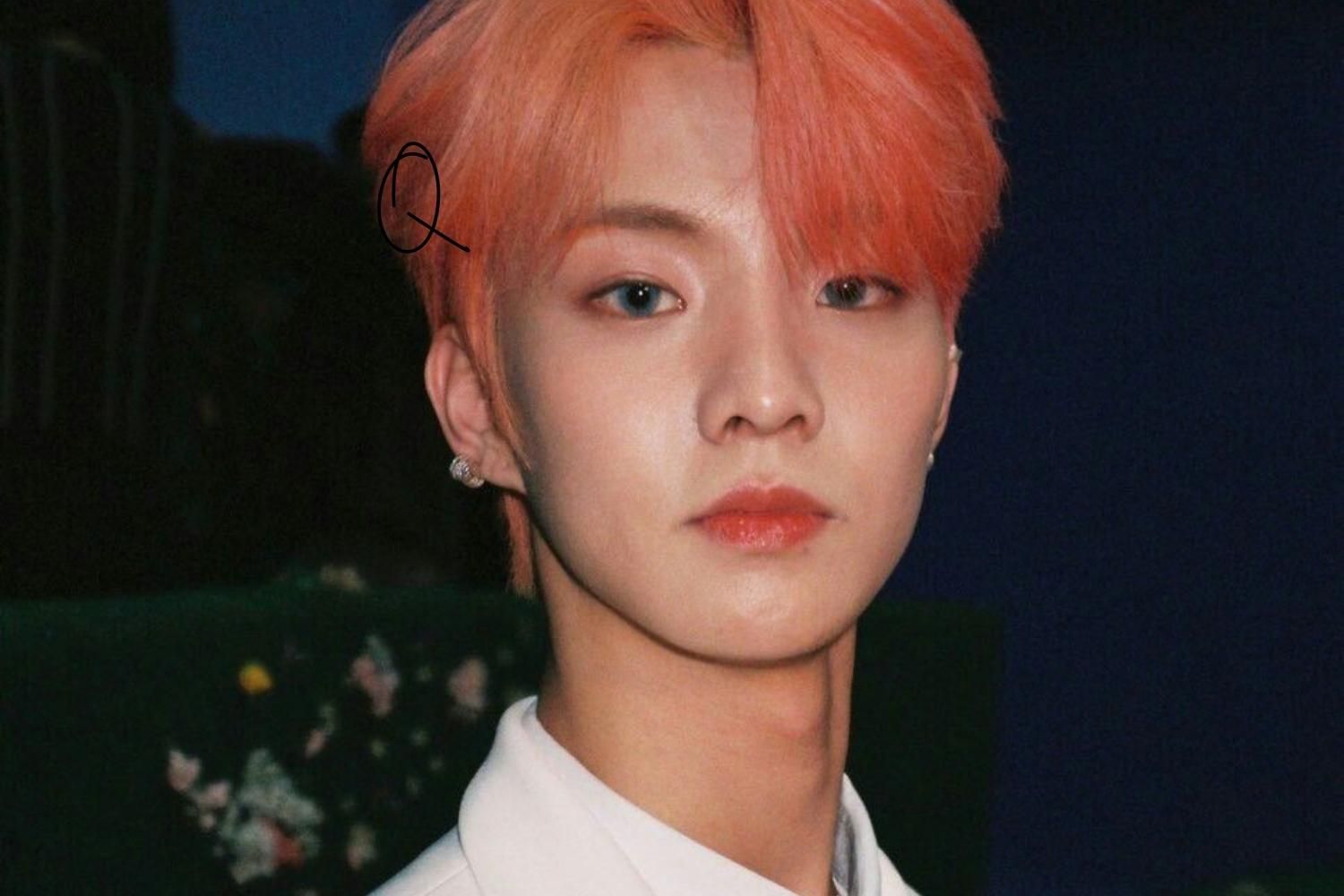 The rapper of the band, Juhaknyeon, was born on March 9, 1999. Out of all the members, Juhaknyeon is said to be the best rapper and vocalist. Juhaknyeon finished his education at Hanlim Arts High School. He went up to Seoul to take the entrance exam for Anyang Arts High School for theatre and film and got cast right after. Juhaknyeon does radio broadcasts on Vlive. 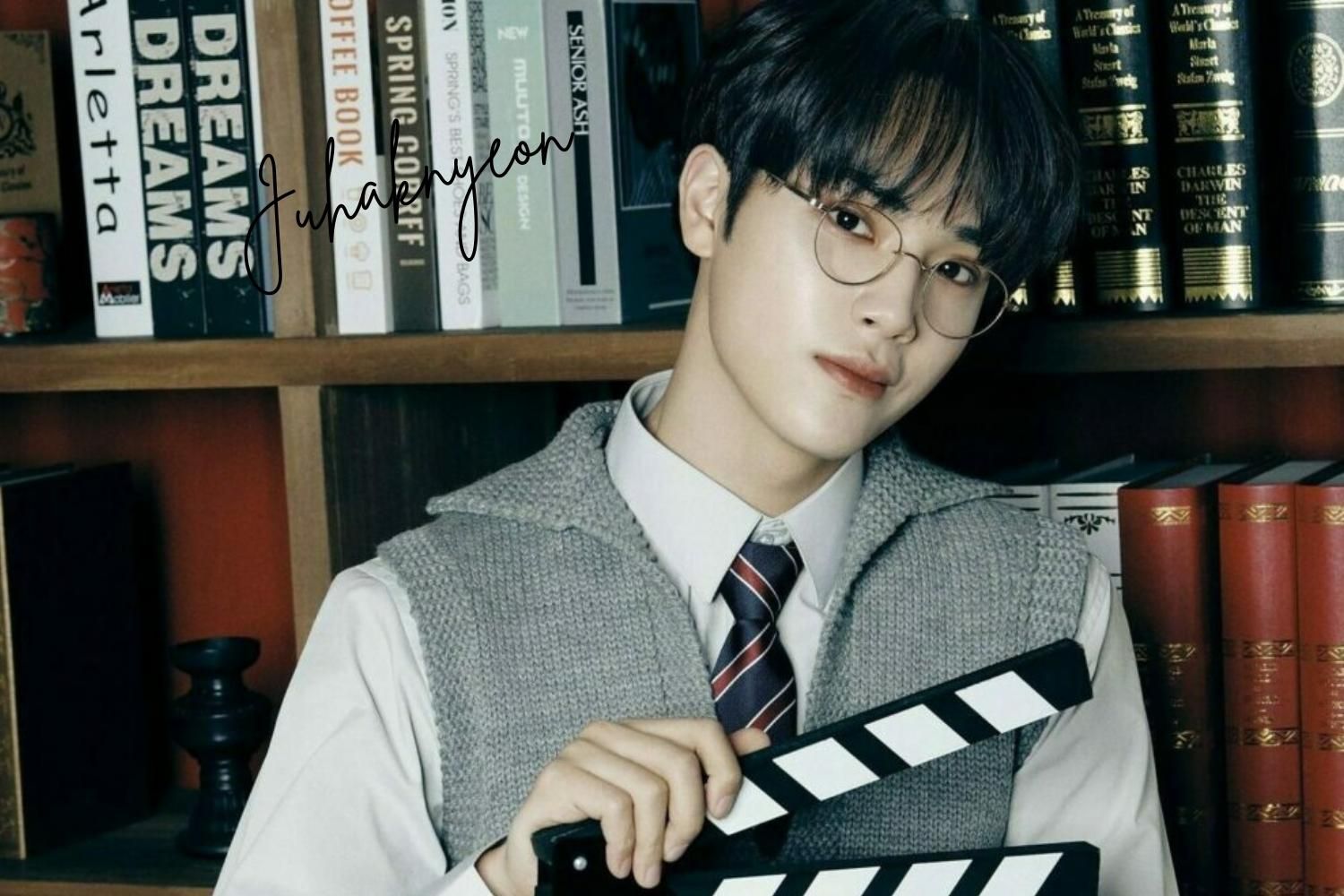 Also Read: Get To Know The Nmixx Members! Who Are The Members Of JYP’s Newest Girl Group?

Sunwoo was born on April 12, 2000. Main rapper and sub-vocalist, Sunwoo, legitimately has the key to everyone’s hearts. Also graduated from Hanlim Arts High School, Sunwoo was a former soccer player. However, after realizing his dream of the arts and theatre, Sunwoo began his trainee life and, from there, worked endless days and nights to achieve his goal of making his debut with the rest of the members. 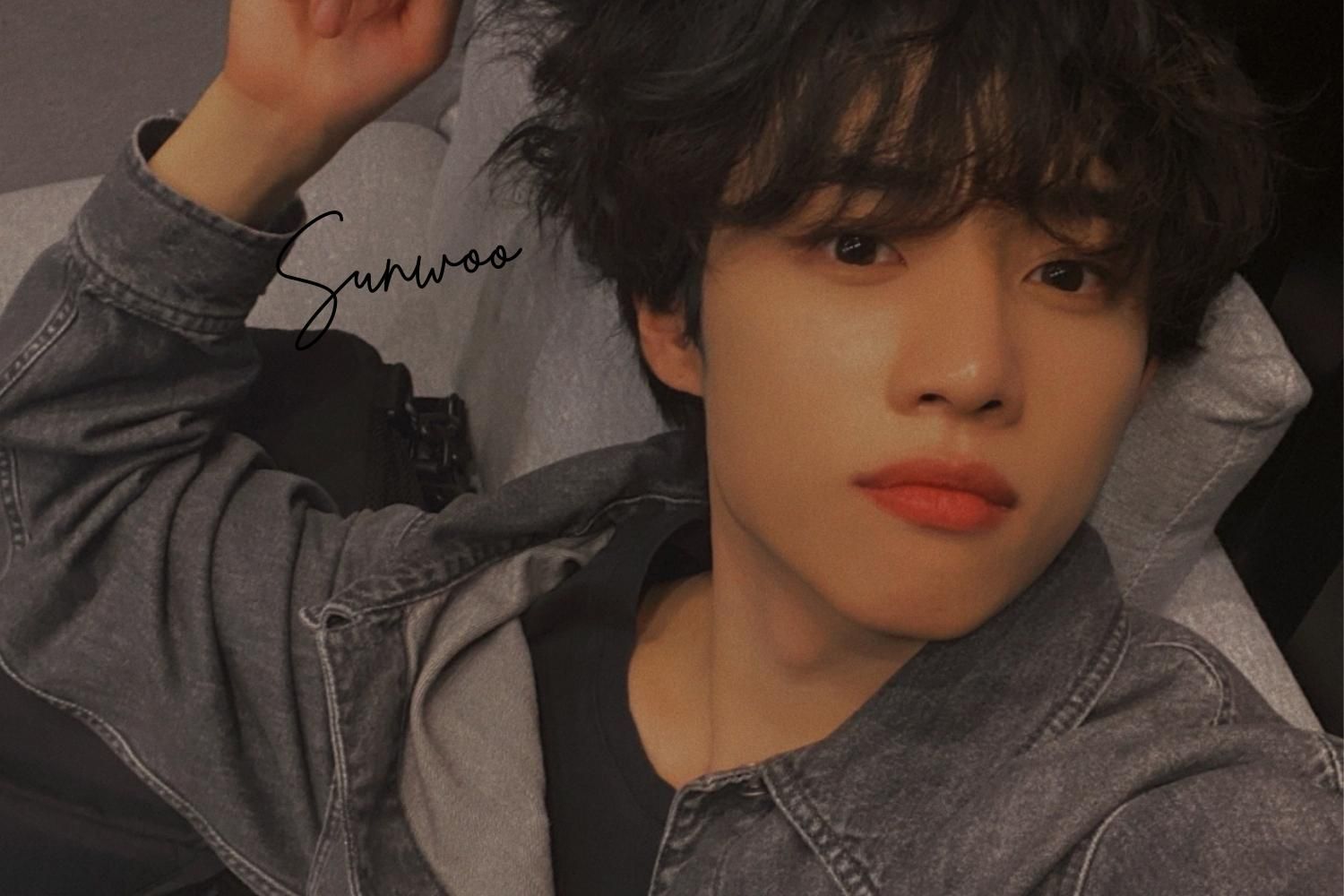 Last but definitely not least, Eric, the maknae of The Boyz. Lead Dancer and sub-vocalist, Eric’s specialty is playing Basketball and skateboarding around town. Due to health reasons, it was announced that Eric would be going on a hiatus. No recent announcements have been made of his return as fans pray for his wellbeing. 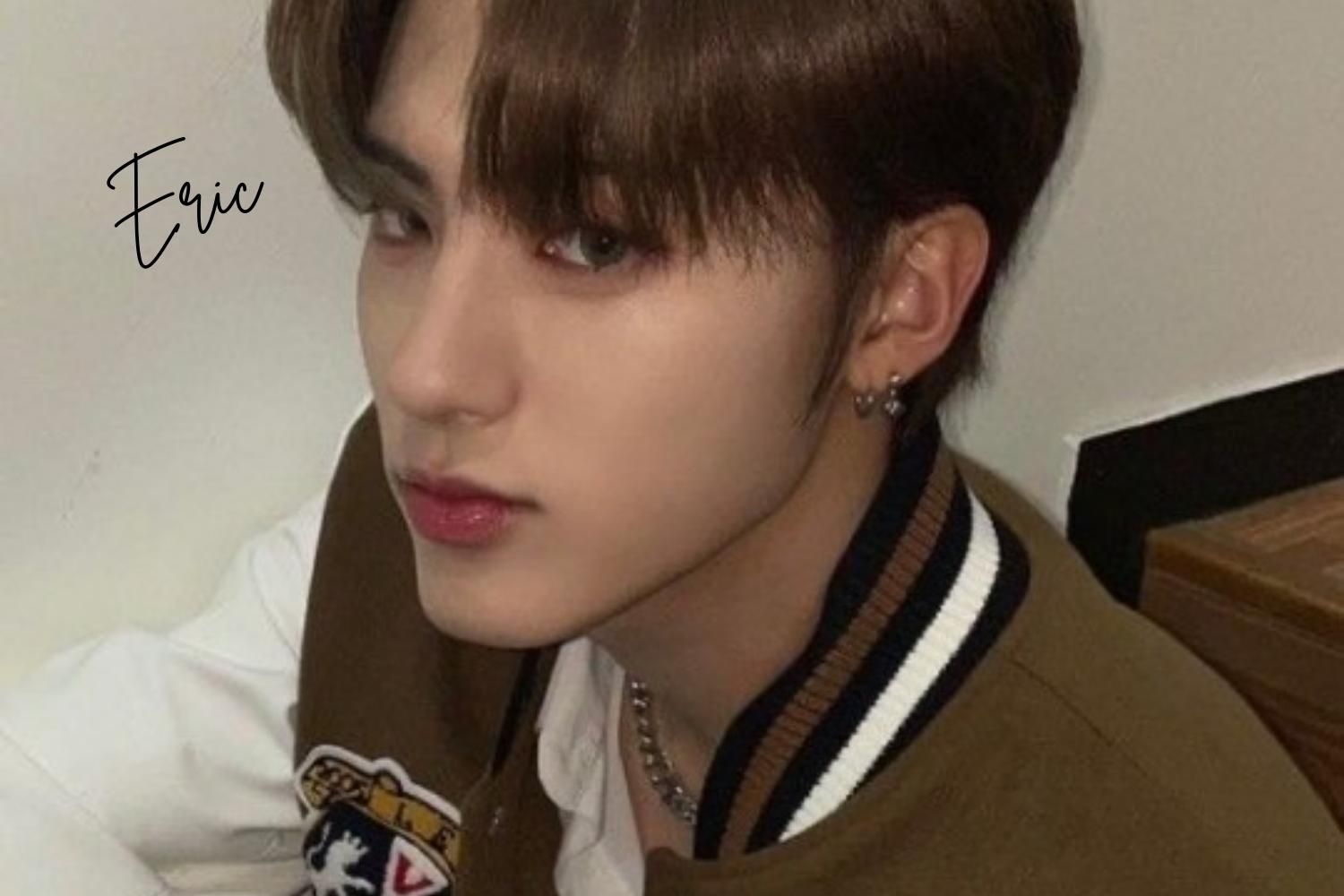