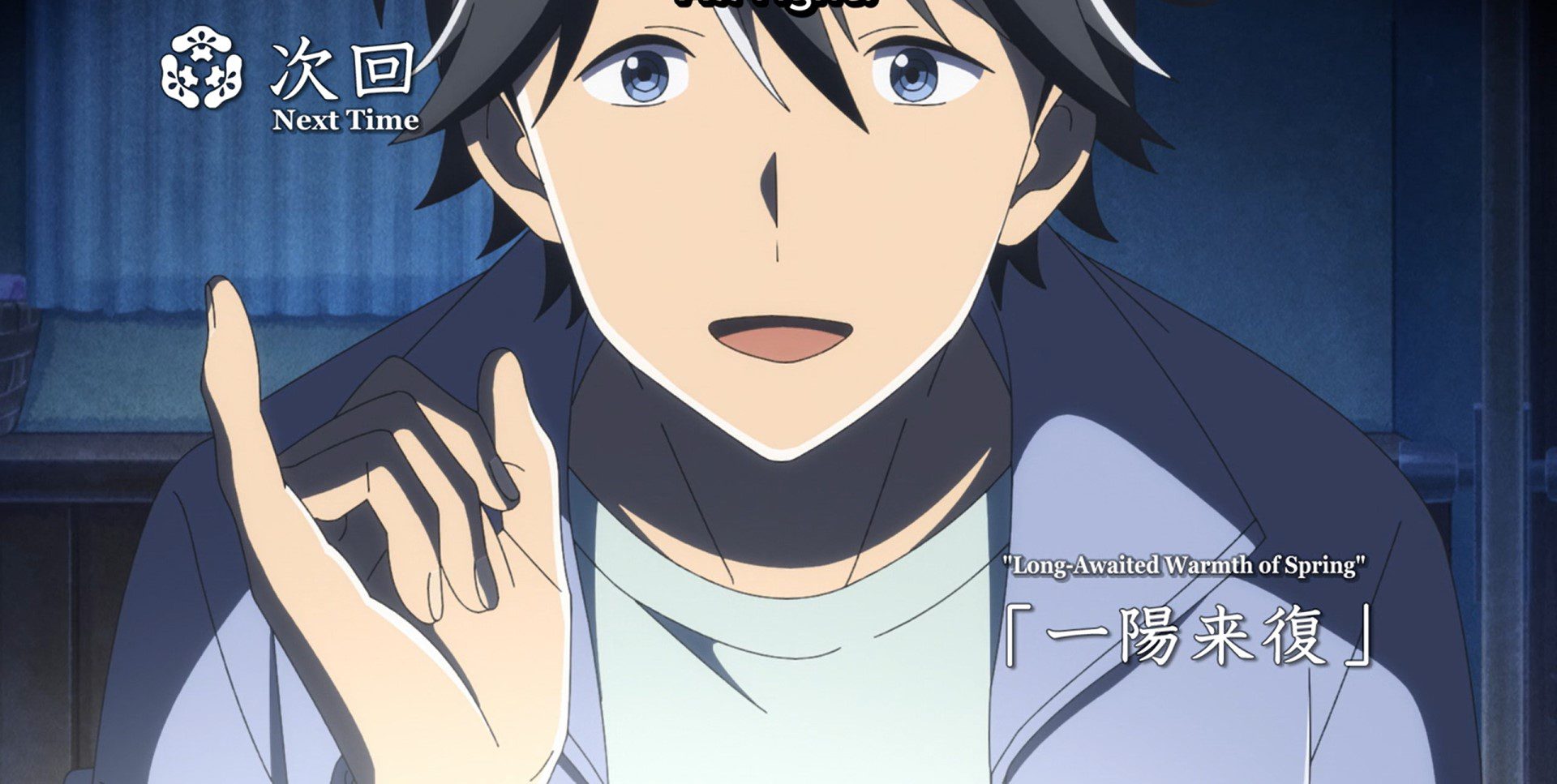 Deaimon Episode 8 was one of the best episodes of the whole series yet. With an exciting ending to the episode and a preview that looks interesting, fans are already looking for Episode 9 of Deaimon: A recipe for Happiness. Episode 8 gave us an in-depth of the relationship between Nagumo and Kanoko. And possibly told us Nagomu’s reason for suddenly breaking up with his girlfriend and leaving the band that he followed for ten years. However, Episode 9 will continue with the usual episodic event, and we will get to know more about Itsuka’s character and her feelings for Nagomu as a father. Furthermore, Mitsuru is perplexed about her feelings for Nagomu.

This post will be talking about the preview of Episode 9 of Deaimon and deduce what to expect from it. Furthermore, if you are looking for answers like the release date and where to watch episodes of Deaimon online when they come out, then don’t worry. Otakukart is here for you for those purposes only. So without further ado, let’s get to it.

Episode 8 of Deaimon was titled “Chestnut Retrospective,” and it reminisced about Kanoko’s relationship with Nagumo and the reason for Nagumo’s reason for sudden return to his home. When one of her co-workers asked her reason for reason why she came back to Kyoto, she started reminiscing about the time when she first met Nagumo. They were both drunk, and Nagumo helped her. They began dating, and suddenly, Nagumo decided to leave his dreams and go back to Kyoto. He asked Kanoko to come with her, but she broke up with him and left in hopes that he would come after her. 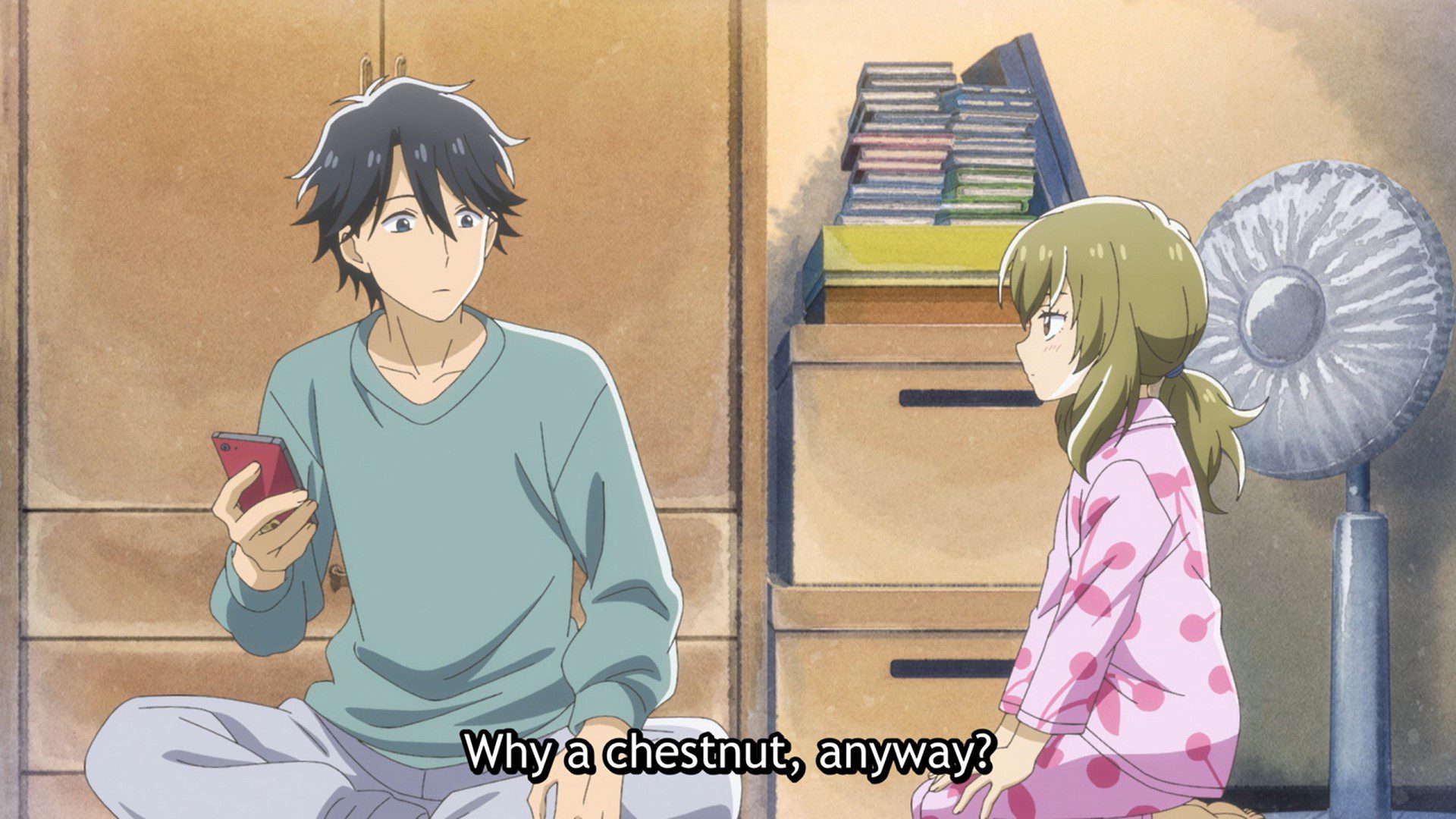 It was obvious that she came to Kyoto for Nagumo. In preparation for Halloween, Nagumo intends to wear his Chestnut helmet but realizes that it is missing, and he is panicking over it. After recalling Nagumo’s chestnut helmet, Kanoko again reminisces about her time with Nagumo in Tokyo. She tells Itsuka about the importance of the helmet. Every member of Nagumo’s band had a chestnut helmet which was named after Chestnut sweet when Nagumo brought them when other team members were debating over the name.

Kanoko calls, and one of the former members of Nagumo’s band learns that Nagumo always loved wagashi and his decision to leave was inevitable. On Halloween, Itsuka spots the Chestnut helmet which Nagumo wanted and trades her outfit for the helmet with one of her classmates. Kanoko and Nagumo talk about Nagumo beginning to speak with his friends again since he left and gives her Chestnut Manjuo as thanks for calling his friend.

The father-daughter relationship between Nagumo and Itsuka has been growing a lot in the last few episodes, and episode 9 will be taking another step toward their relationship. Episode 9 of Deaimon is titled “Long-Awaited Warmth of Spring”. In the preview, we get to see that Nagoumu was asking about Itsuka’s birthday. This event can bring each other a little closer, for sure. In the shot of the preview, they were seen making a promise. What could it be that made Itsuka shy? Since Konoko mentioned that it is Nagomu’s birthday, then we can expect them to celebrate Nagomu’s birthday in the next episode. Perhaps the promise could be regarding celebrating Itsuka’s birthday together as well. 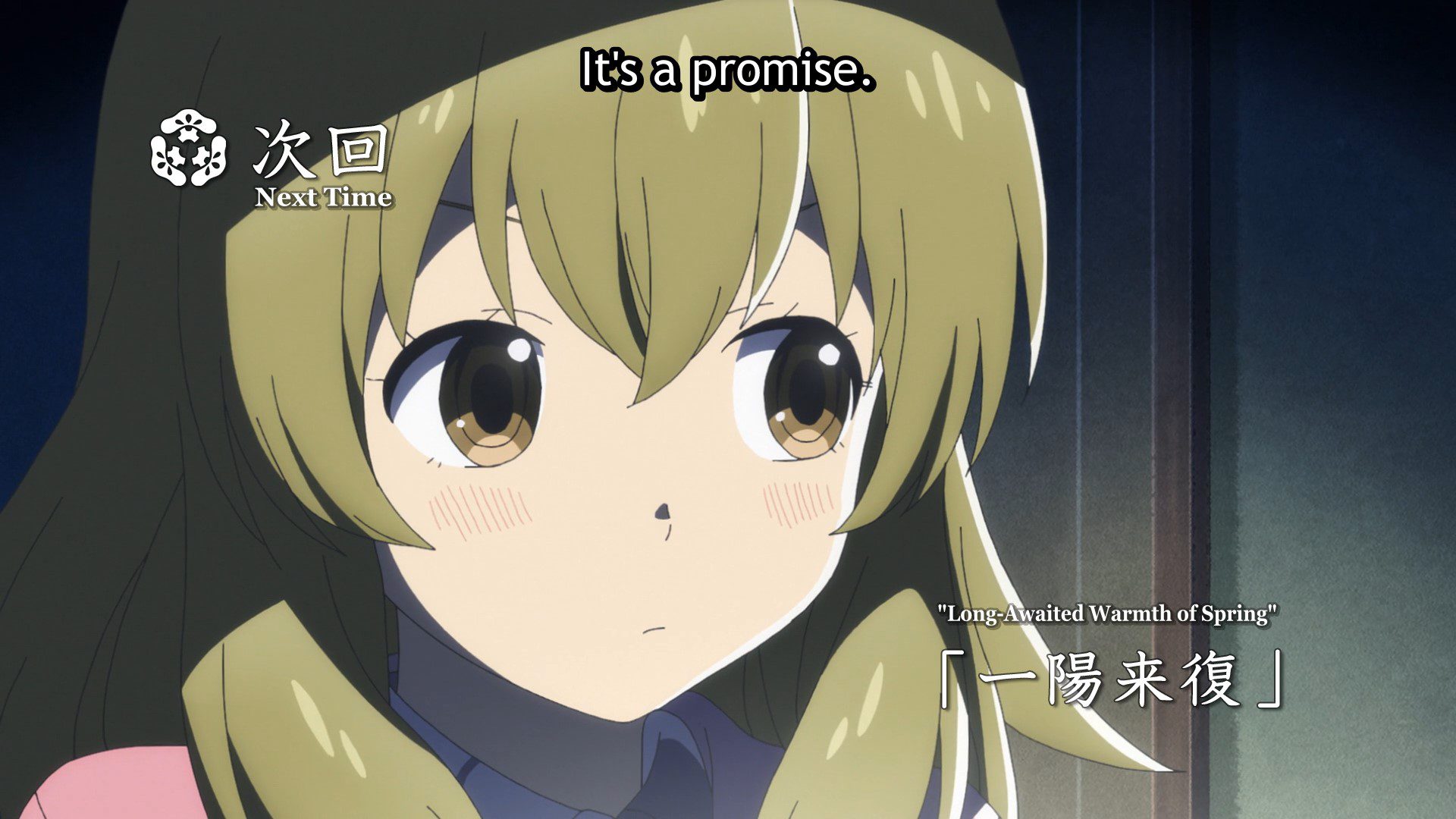 Furthermore, in the preview, Nagomu and Mitsuru were screaming after looking at each other. What could it be about? Since Mitsuru is confused about her feelings for Nagomu, could she be scared after seeing him suddenly? Also, Itsuka’s mother is back in town, and both of them seem to have a conversation. Itsuka asked her about how her work is going, to which her mother replied that she did not have to worry about it. “After all, I Promised You.” What is the promise everyone is talking about? Well, to know about it, we will have to until the release of Episode 9 of Deaimon. But the wait is not long, and the episode will be coming very soon.

Deaimon Episode 9 will release on June 1, 2022, at 23:30 hrs JST (Japanese Standard Time). The episode will be fun, so make sure to check it out once it is released.

Episode 9 of Deaimon will be available to watch on Crunchyroll once it is released.