A new thriller Korean drama is on its way to us. Korea has produced great mystery thriller dramas over time. From action thriller dramas like ‘Healer’ to psychological thrillers ‘Strangers from Hell,’ the K-Drama industry has nailed the genre. In the summers, we are getting a new mystery drama, ‘Rose Mansion’. It claims to send chills down our spines. ‘TVING’ will broadcast this drama. The online streaming service ‘TVING’ has given us many memorable dramas, like ‘Adult Trainee’ and ‘Yumi’s Cells’. The latest horror dramas, ‘Happiness’ and ‘Monstrous’ are also TVING originals. The main cast of Rose Mansion is already out, so we’ll introduce you to them in some time.

The drama will follow Ji Na, who comes to the apartment ‘Red Mansion’. The apartment is scheduled to go under reconstruction, and it harbors questionable residents. Ji Na’s sister has disappeared in thin air, and she’s hell-bent on finding her. Joining her in this quest is the detective, Min Soo. He wants to help Ji Na find her sister and also investigate the residents of that apartment. Both have a common goal, to find out what bad things go down in the run-down apartment and how the residents are much more sinister than their appearances.

Who Is In The Cast Of Thriller K-Drama ‘Rose Mansion’?

The popular South Korean actress has been a part of some of the most popular Korean films and dramas. She is playing the role of Ji Na, who is being forced to come to the Rose Mansion apartment. Her sister has gone missing from the apartment, and she is determined to find out what happened to her. The people in the apartment are eerie and highly suspicious, but despite all that, she needs to know the whereabouts of her sibling.

Lim Ji Yeon first made her debut in the erotic thriller film, Obsessed. Her character was well received and subsequently won many awards for her role. Lim Ji neon was also a part of the popular drama ‘High Society’. She was last seen in the 2021 drama ‘The Magic’. This is probably her first work in a thriller drama, and it is quite obvious she will be leading the show on her own. It’ll be interesting to watch her in this conflicted and pained character who will do anything to find answers. Along with this, Ji Yeon is also confirmed to star in the Korean remake of the superhit Spanish Netflix original Money Heist.

The ‘Clean with Passion for now’ actor is playing the role of detective Min Soo in Rose Mansion. He is a part of the Violent crimes unit and will assist Ji Na in finding her sister. His character Min Soo looks like an intense one. He is also supposedly hiding some dark secrets about him, and we’ll get to know all about them in some days. In some of the pictures revealed, we can see his many expressions and emotions. We have previously seen Kyun Sang in the mystery drama ‘Class of Lies’. So, it’s going to be interesting to see him in such a drama again.

Kyun Sang has also appeared in dramas like ‘Doctors’ and ‘The Rebel’. The actor is loved for all his previous roles, and his fans are beyond excited about this drama. Well, I can’t agree more with you all! The Rose Mansion’s cast looks fabulous, and its no doubt they will fit their roles like a glove.

Other Cast Members of Rose Mansion

Not much is in the news about other cast members, but Son Byung Ho will be playing the role of Ji Na’s father, actor Jung Woon In, Jo Dal Hwan, and many more star in it. It’s a mystery as to what characters they will play. The cast of Rose Mansion looks impressive in the trailer, where every character looks menacing and has a crazy look in their eyes.

The drama Rose Mansion is going to come out on 13 May 2022. The drama consists of 12 episodes and will be available to watch through the OTT platform TVING. 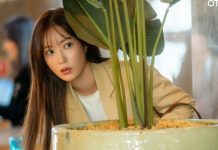 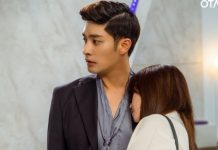