Here, we have discussed the anime which you can watch after watching 86. 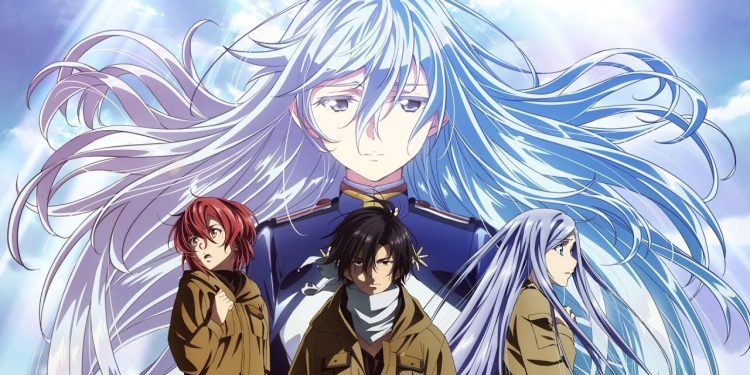 86 is one of the most underrated exists on this planet. This anime is slowly and steadily gaining popularity and attention all over the world, and people actually loved the pacing, character design, and story designed by the talented creators. After watching certain anime, we look for the exact same thing all over the Internet, but sometimes, it becomes difficult as there are many websites that write un-researched articles. But in this article, we will discuss the list of anime that you can watch after watching 86, and these will give you the same vibe that 86 gave you. So make sure to read this article till the end.

86 is a Japanese novel-based adaptation written and illustrated by Motoki Yoshihara. The adaptation is serialized in Square Enix’s Seinen Manga, known as Young Gangan, back in 2018 and consists of two spinoffs. The story gives the vibes of Sci-fi and revolves around the war that breakout between The Republic of San Magnolia and The Empire of Giad for nine years. After suffering from huge losses and getting so much destruction, Two empires made up Juggernauts, which got handled by Pilots. People believe that the war is being fought between machines and both the nations experiencing no casualties, but the pilots were operating the Juggernauts. What happened after this, and in which way war gets direction. You need to watch the show to know the answers to these questions.

Even though this series is not that much popular as 86, but this is definitely worth giving a shot. The anime is based on the same concept as 86 and features mecha combat, action with lots of interesting characters. The story is based on the space and moon concept, and the war that we talk about happens between Moon and Mars. If you are looking for something related to war and determination, then Aldnoah. Zero is a must-watch.

The Psycho-Pass is an anime based on the story of a Young Inspector named Akane Tsunemori, who belongs to the 22nd Century of Japan. Just like 86, this anime is based on Tech wars. The country is ruled by the Sibyl System, a computer-based system that predicts the person who can commit a crime. The protagonist, Akane, decided to fix the Sibyl System, which she thinks needs to be correct. In the end, a war breaks out between two groups and becomes a threat of life to everyone.

This is by far the most popular and also one of the highest-rated anime on the planet. The story is based on the protagonist, who becomes the major antagonist later in the series. Lelouch, the major protagonist, decided to destroy the Britannica Empire with his newly obtained power which he got from a Mysterious girl, C6. How did he turn evil, What Impact did he create? You need to watch the anime to get answers to these questions.

Well, If we are talking about the anime with mech wars, Then Violet Evergarden is a must-watch. This anime features only mech wars, but it is somewhat not similar to 86. You will experience the characters and story very much differently from 86. But at a certain point, you will start getting the vibe of 86, and the story becomes linear in its own sense.

Akame Ga Kill is indeed the most loved anime on the list and one of the greatest stories ever written in Mech War anime history. Most people don’t like its final episode, and that’s the reason for its cut-off ratings. This anime presents Back Stories and Music in the best possible manner, and little violence gives it a little edge over others. The anime is based on Tatsumi, who moved to the capital to earn his living but sees that the empire is very much corrupted. He later joins the assassination group called Night Raid and helps the Revolutionary army.

6. Darling In The Franxx

Darling In The Franxx is an anime that not only presents the mecha war in a perfect way, but it is famous for its characters especially, Hiro and Zero Two. The bond between those two remains intact even after their death and will make you cry for sure. This anime is the perfect example of how a worthless and talentless person can reach on top if they give their best in each and every situation.