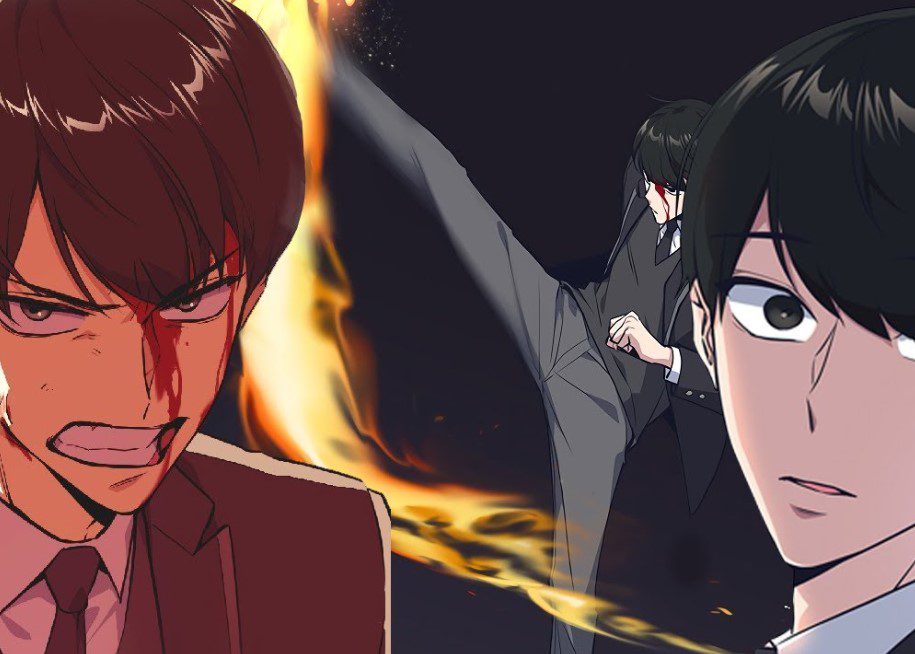 School Manhwa is interesting since we see various characters becoming stronger, and this is where bullies are also revealed. The main character can start as someone who grew up experiencing bullying, but when the story continues, things change when the main character fights against bullying. Watching or reading School Manhwa with overpowered main characters reminds us of the days in school and the hardships we have faced. Many interesting things happen in schools like bullying, teasing, romance, and other stuff that the students enjoy. School Manhwa that we will discuss below will reveal all of the above.

The best thing about the School Manhwa is that they take longer to end and have many interesting story arcs. Sometimes they are heart-touching when you learn about a struggling student who must work and attend school simultaneously. Most of the overpowered main characters begin as weaklings, becoming stronger as time passes. This will reminds the fans about Manhwas that they have forgotten, and it is also an introduction to the new School Manhwa that one never knew. Let’s look at the best School Manhwa with overpowered main characters below. 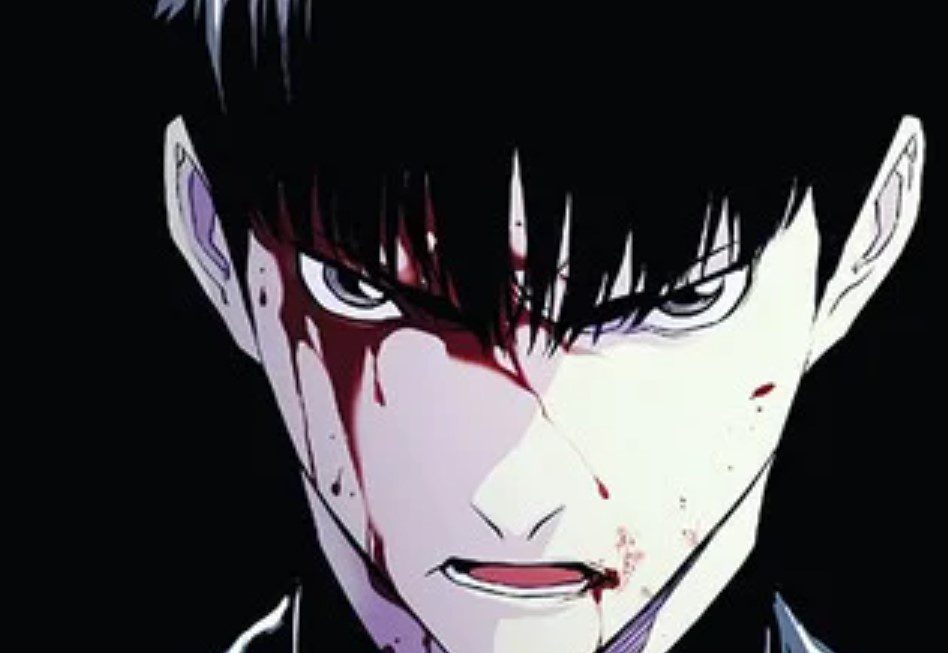 Won Hang-Gil blamed his father for committing suicide since this has changed his life. He takes care of his blind sister and mother, who is losing her mind. His gang became the strongest in Busan, and everyone feared him at school due to his power and strength.

This takes place in the era of the Sengoku Period of feudal Japan. Japan was divided into many parts that battled over power and land. Two historical warlords are the overpowered main characters. Date Masamune is the strongest student and is the overpowered main character. There is also his rival, Sanada Yukimura, who is a strong student. Masamune has two lives where he has to work and also attend school. 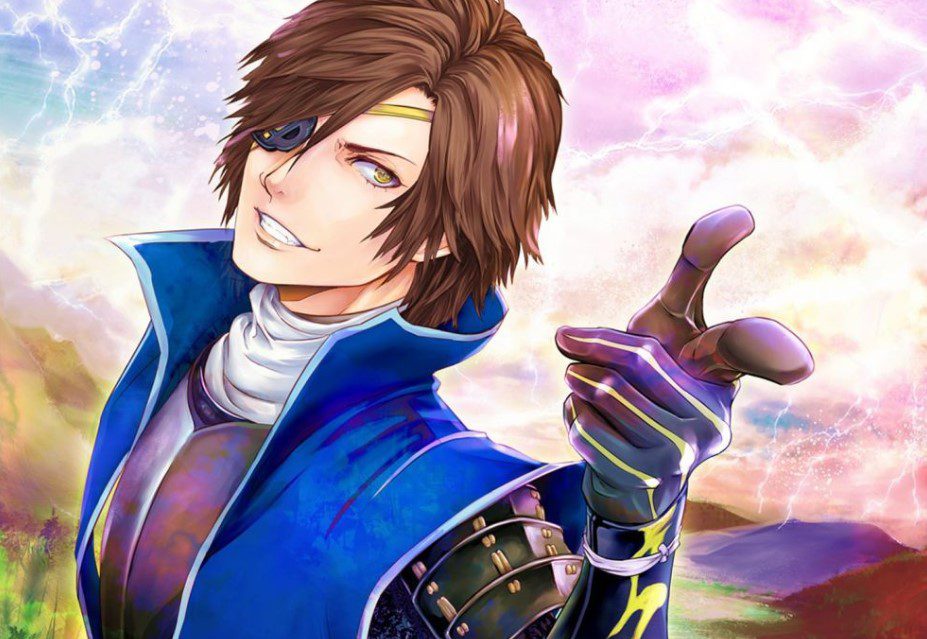 He is the strongest young leader and a high schooler in a magical world. Masamune wants to live both two lives as the strongest student and worker. He is the greatest martial arts who is overpowered in his school.

Get Schooled is one of the best School Manhwa with an amazing overpowered main character. Hwajin Na is the strongest guy in school, and his teaching techniques are pretty violent for those working in the Ministry of Education. Despite when punishment sometimes doesn’t work on the worst of school bullies, there is no better man than Hwanjin Na to do the job of punishing the bullies. This is the story of the strongest martial art man dealing with school bullies. Sometimes good education comes when the bullies are taught a lesson. 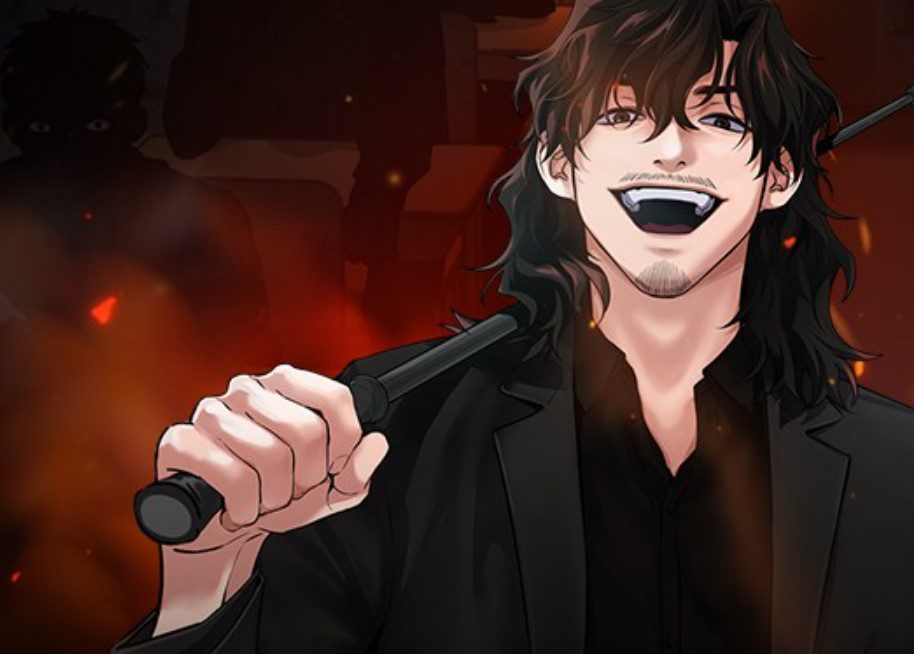 Hobin Yoo has become a skinny high school student that everyone in school never thought he would star in a NewTube channel that stars fighters. Hobin Yoo surprised other school students and began to knock out powerful fighters who were bigger than him. He received advice from a strange NewTube channel. He climbed high ranks and earned money that he had never dreamed of. Hobin is the strongest skinny guy in his school, and other students underestimate him. He has never met his match in all the fighting competitions he has won. He is the overpowered main character of this Manhwa. 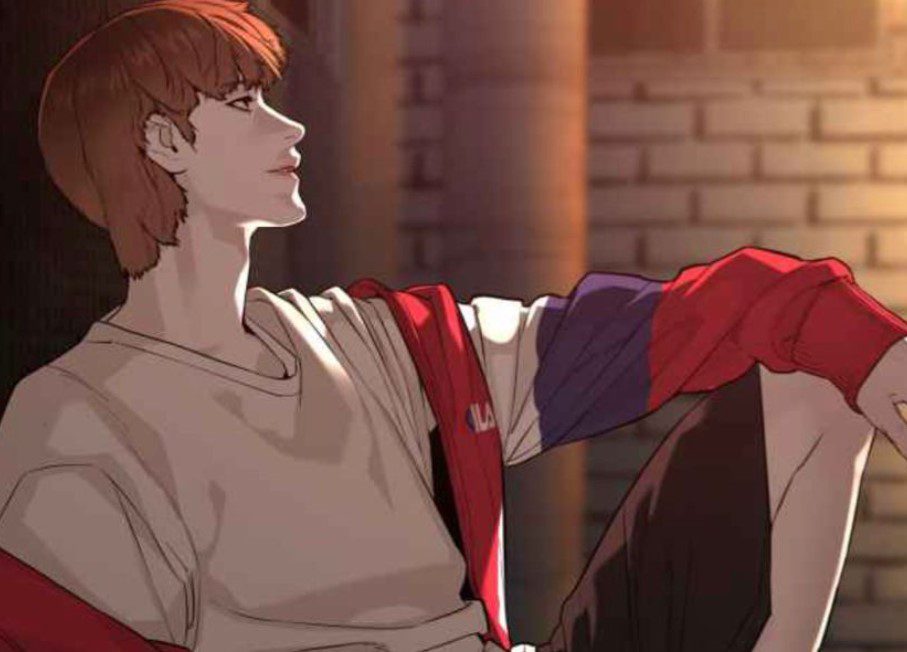 The Archmage Return After 4000 Years

Lucas Trowman made his name in history as the greatest archmage in history. But he was condemned by Demigod to spend his life losing his mind. However, Lucas returns to the human world after many struggles in another world, and he was reincarnated in the body of high school student Frei Blake. Frei Blake was the weakest student until Lucas was revived within him. He became a strong gest student of his school and enrolled in Westroad Academy for mages. 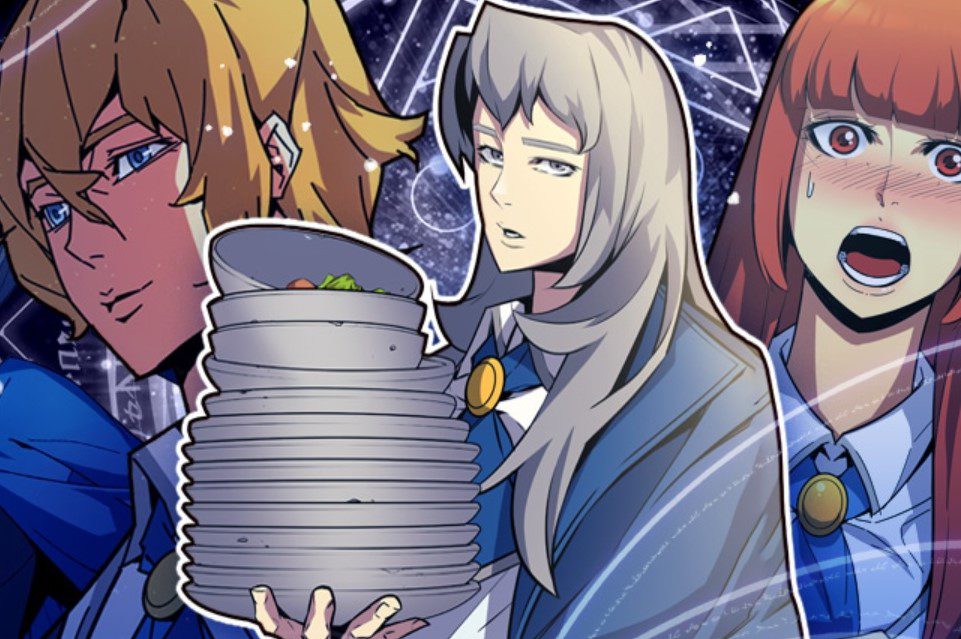 The Archmage Return After 4000 Years

The world of magic continues to grow slowly due to the work of Demigod. But Frei is the student who will change everything after reaching the level of the highest powers. This was surprising to other students who know Frei since they know that he is untalented and an idiot who never gets any work completed in time. He became the strongest mage and climbed top ranks, easily defeating his opponent with a single blow, and they realized they had no match.

Shi-Woon is the main character of this Manhwa and the strongest man in his school. However, he was desperate before becoming stronger, and other students kept picking up on him. Shi-Woon was treated like a punching bag and always got beaten by a gang of thugs after school and during school hours. He was tired of that and confronted Chun-Woo to help him with his problems. 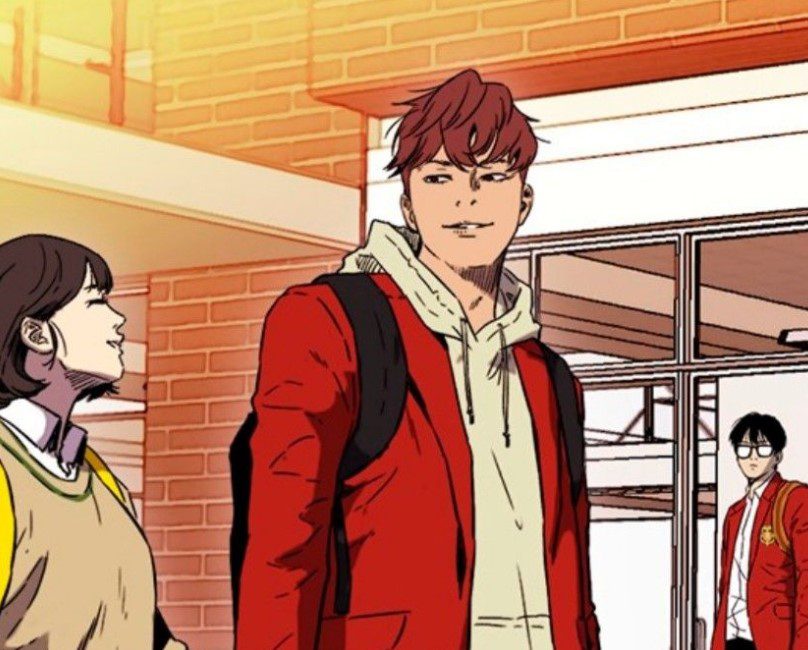 Chin-Woo is the popular strongest martial artist who became Shin-Woo’s teacher. Shin-Woo began learning to protect himself, becoming an overpowered character that bullies never stand in his path. But he never knew where his mentor obtained his powers.

Ijin Yu is a boy who lost his parents at eight in a plane crash. He was left alone in a foreign land, and this land was about survival of the fittest. Ijin Yu became a child mercenary to stay alive and head home after ten years and met his relatives in Korea. Ijin Yu was happy to learn that life is peaceful and they have food and water. 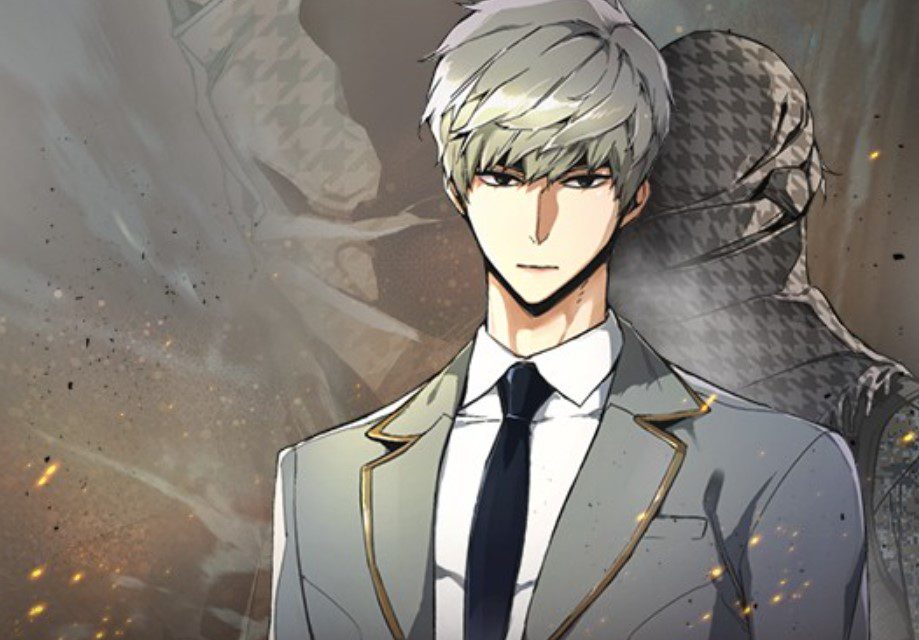 He enrolled in a nearby school as a teenager and realized that life is a feat of survival. Ijin Yu was left with one year of high school, and he must new tactics to survive in the schoolhouse battleground. Ijin Yu is another main character from School Manhwa who was overpowered. Most overpowered characters become stronger after losing something precious like their parents, which drives them to conquer the world.

Girls of the Wild’s is the best Manhwa, which is rare since the overpowered main character is female. This is one of the best Manhwa that revealed a female with tremendous powers. Wild’s High school has more than forty-one years of history as a fighting specialized, girls-only. This is a private school for girls, and it has the elite, and this is where the Wild’s League is held. 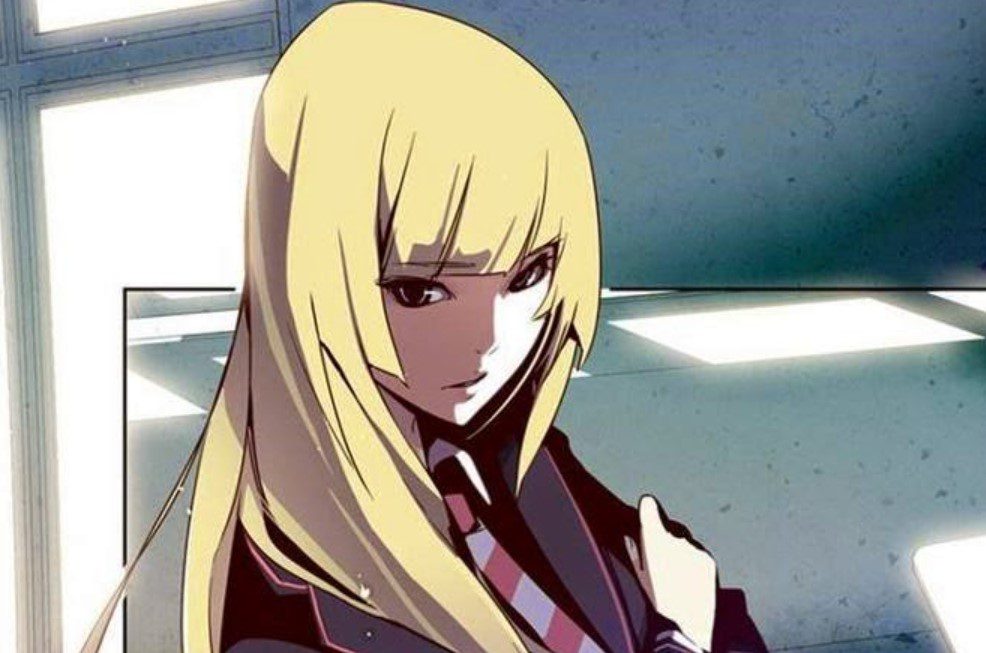 This event occurs yearly when teenage girls get involved in brutal fights with their lives on the line. But only a male student called Song Jae Gu has a 3-year full scholarship. We see the overpowered Queen as the student who is the strongest female around school, taking on various girls during girls’ fighting tournaments.

James Jung became the top student at Ozoh Academy. This academy is the home of gifted, wealthy students; James is the strongest warrior and the undercover agent protecting the school head from a dangerous assassin. During his mission, he uses the codename Black Mamba and his comrades never have their identities known by students. There are rules that they have to follow during their missions, and the boys like James are not allowed to fall in love or harm other students. 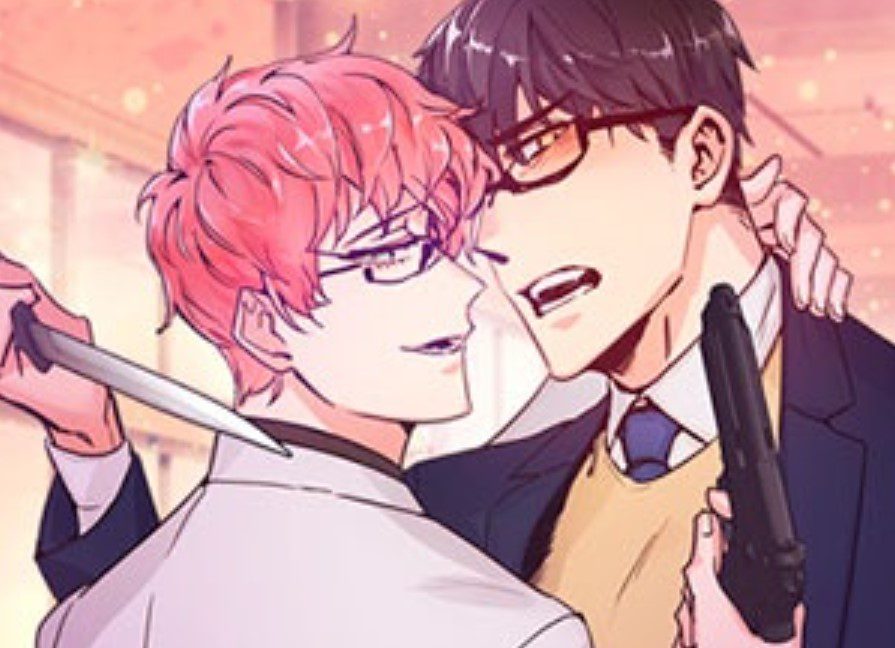 This was an interesting and best list of School Manhwa with overpowered characters. Tons of such Manhwas will draw your attention and are interesting to learn about. However, looking at the best popular school Manhwa is great, and one should always be out for them.