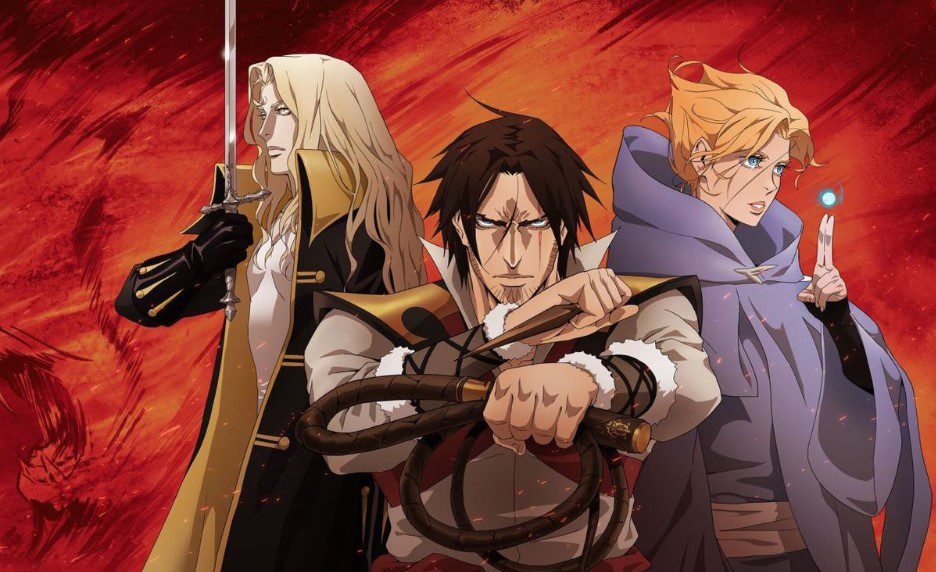 Anime in 2022 is very different from what we have seen even in the past 5 years. So if you look at how anime has changed in the past five years. Then you will have a lot of points to pick up. Looking into Vampire anime in 2022, You will realize that we hardly get vampire-exclusive anime mos seasons.

So it is only once in a while that we will get an anime strictly based on vampires. So this explains why we still have good vampire anime that was released as back as 2010 on the list. So the vampire anime is not that expansive and comes once in a while. But always, when it comes, it’s always worth the wait. Because lately, most anime tend to be comprehensive when it comes to their power dynamics. Let’s take a look at what you can watch when it comes to Vampire Anime in 2022.

Just like any other anime, Vampire Hunter takes place in the middle of the night when Charlotte Elbourne, a young woman, was abducted from her home by Baron Meier Link. It later turned out that Meier is a Vampire nobleman, and several days later, Charlotte’s wealthy and wheelchair bounded father hired D, a dhampir, to find and rescue her, wither being dead or alive. 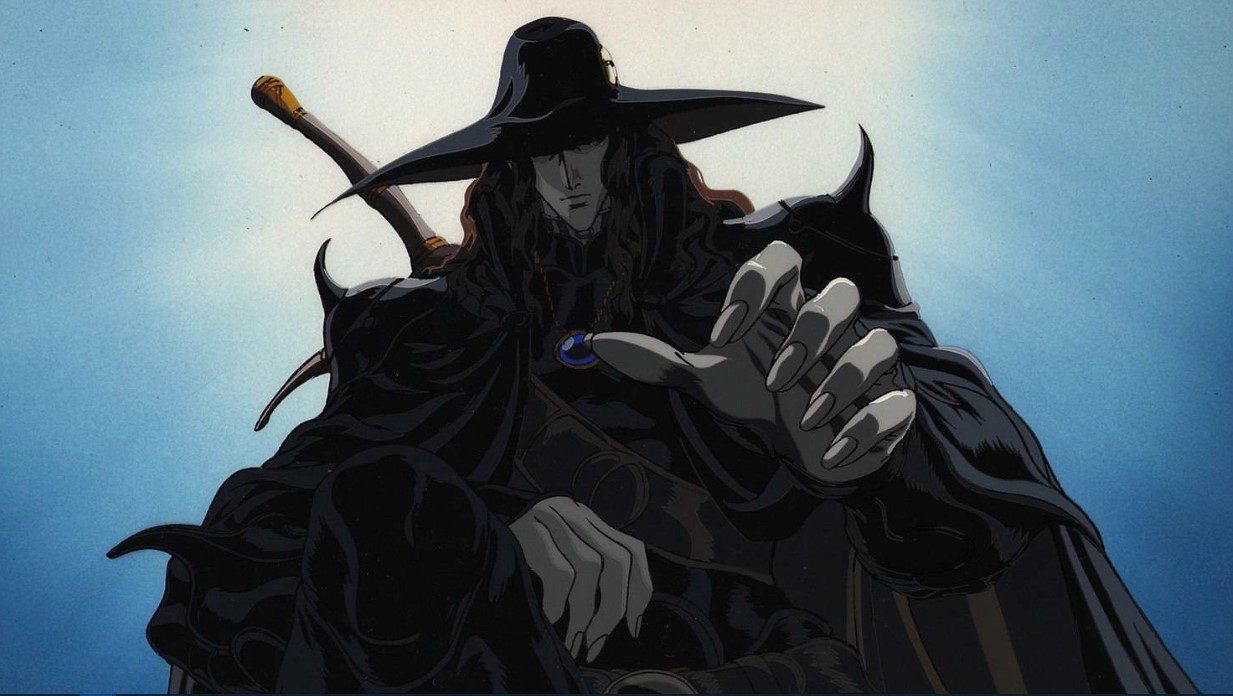 D was offered a huge reward which was even doubled, and at the same time, Charlotte’s older brother Adam hired the Marcus Brother to search for her as well. The Marcus Brother’s group consisted of Borgoff, the leader, Nolt, Kyle, Groove, and Leila, who holds a grudge against vampires. But all this changed when both groups discovered that Charlotte was not kidnapped but chose to accompany the Vampire out of her love for the Vampires. This is one of the most popular vampire anime out there.

Next on the list of Vampire anime in 2022 is Vampire Knight. The anime takes place when Yuki’s earliest memory is of being attacked by a Vampire and was saved by Kaname Kuran, who, surprisingly, was also a vampire. Now a decade later, Yuki and vampire hunter Zero Kiryu attended Cross Academy as school guardians protecting the Day Class of human students from the Night Class of Vampires. 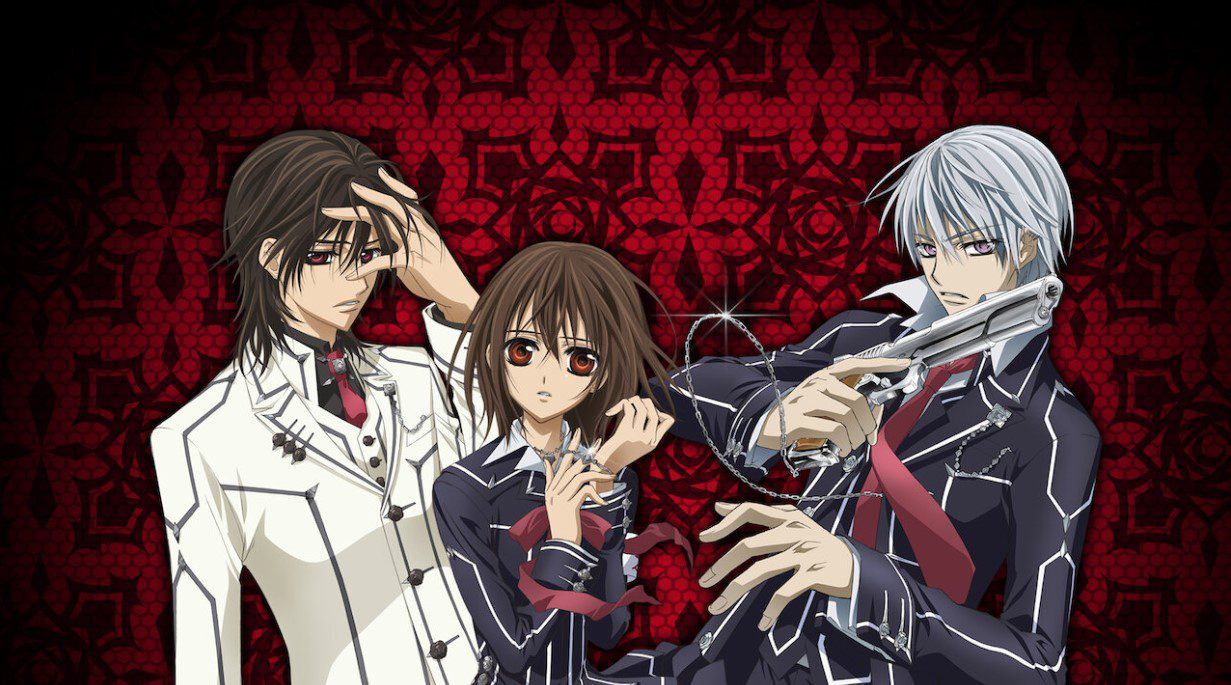 From here, we would then see Yuki’s discovering that her childhood friend, Zero, spent the last four years trying to fight his transformation to a vampire but has finally succumbed. Yuki struggled to herl Zero fight his bloodlust, but at times it might also pull her further away from Kaname.

Shiki anime has 22 episodes and made its premiere in August 2010. It happens in a small town isolated in rural Japan known as Sotoba. It is a place where a series of bizarre deaths occur and consider with the arrival of the Kirishiki family, who has just moved onto a castle on the outskirts of the village. Toshio Ozaki, a dean at the only hospital in Sotoba, started investigating and discovered that there were supernatural presences at work. 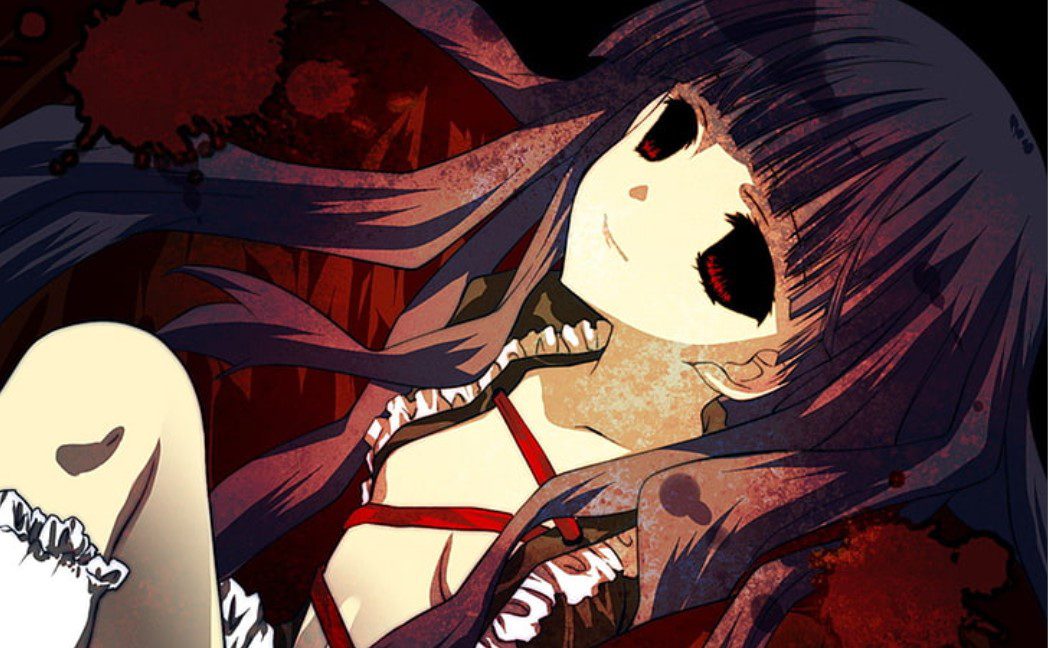 The supernaturals were confirmed to be vampires known as Shiki. Each anime episode follows the homophone pronunciation for the Japanese numerals using On’yomi, with each phrase mostly related to the death or the decomposition of the physical body. These are also two common themes throughout the anime, with dates followed by the Rokuyo designation for that particular day, and this gives them a good fortune prediction for the day as well.

A normal seasonal anime that premiered in 2018 and ran for one season with 12 episodes. The setting of the anime is in the 1930s when a group of Vampires left China and fled to Japan. They were tailed by a group of vampire hunters known as the Jaegars, who was undercover as the staff of the “V Shipping Company.” Together with them, they brought a young “Sirius” man called Yuliy, who is also a werewolf, and his home was destroyed by the Vampires. 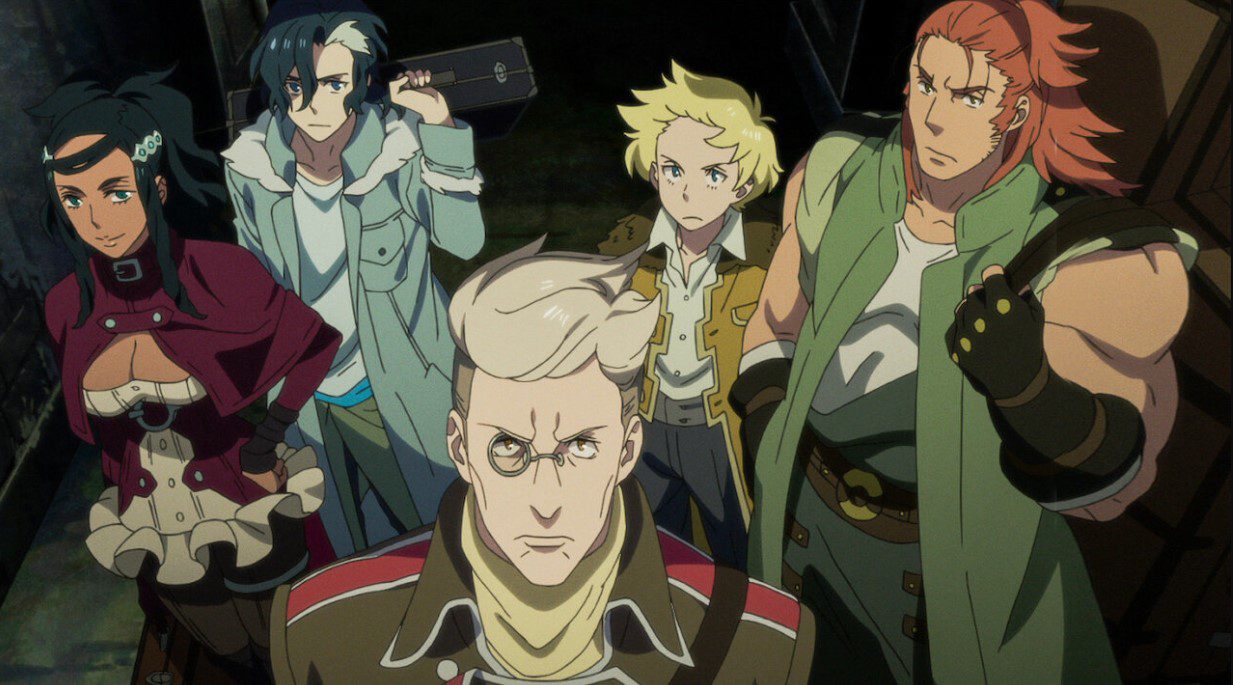 In the past, one Sirius royal family member was chosen by oracle to be the agent of god and permitted to possess a mysterious holy relic known as the Ark of Sirius, which was a gift from god. It could exert power over all things, and because of its potential, the Sirius people were under attack from groups that were looking for its powers. But to protect it, it was sealed away in a secret location and was never to be used again. Yuli and the Jaegars then engaged in a deadly battle with the Vampires to possess the relic and its powers.

Owari no Seraph: Seraph of The End

Seraph of the end anime is amongst the modern anime that you might find featuring vampires. So it is good to see that we have something recent that modern-day anime fandom can relate to. With only 24 episodes and one season, Seraph of the end made its debut in 2015. It takes place when a mysterious virus appears on Earth and kills every infected human over the age of 13. 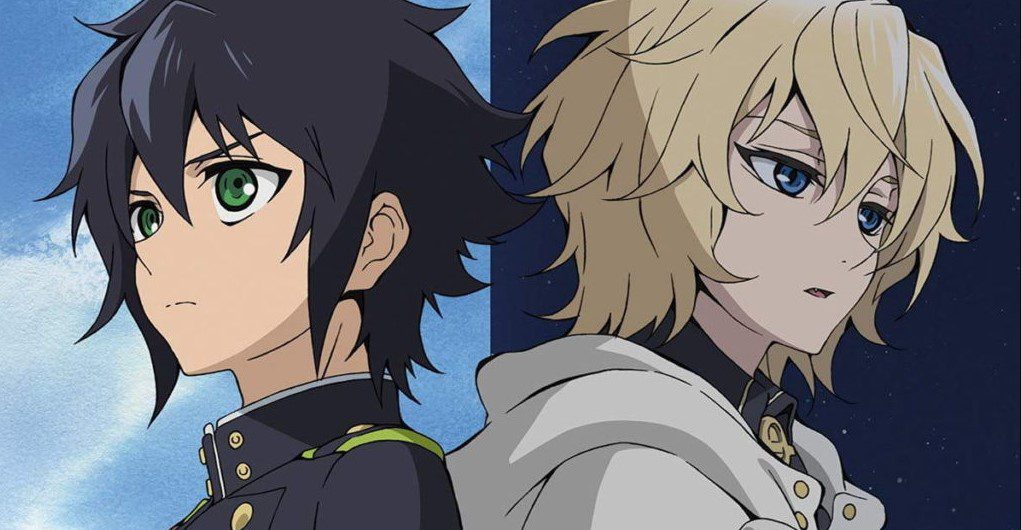 Owari no Seraph Seraph of The End

At the same time, vampires emerged from the world’s dark recesses and enslaved humans. But Hakuya Yuuichirou, a young boy who was treated as livestock along with the rest of the children from his orphanage, managed to survive all ordeals. Even though they are in captivity, Yuuichirou dreams big and wants to get rid of all of the Vampires.

One of the best anime you can ever come across, even outside its genres. Blood Lad is one of the short anime that are bingeworth as well with only 10 episodes. It takes place in the Demon World, where it seems good to be a bad person. Werewolves, Zombies, and even the Abominable Snowman fight day and night for the title of Territory Boss. A vampire known as Staz finds the whole thing to be a serious pain.

So Staz spends his time watching anime and playing video games. He usually daydreams about going to the human world, and all that changed when he met Fuyumi. A human girl who instantly won Staz’s heart and lost her life to a man-eating plant. But Staz refused to give up on the girl, and he traveled across the Demon and the Human worlds looking for a way to bring back Fuyumi by any means necessary. 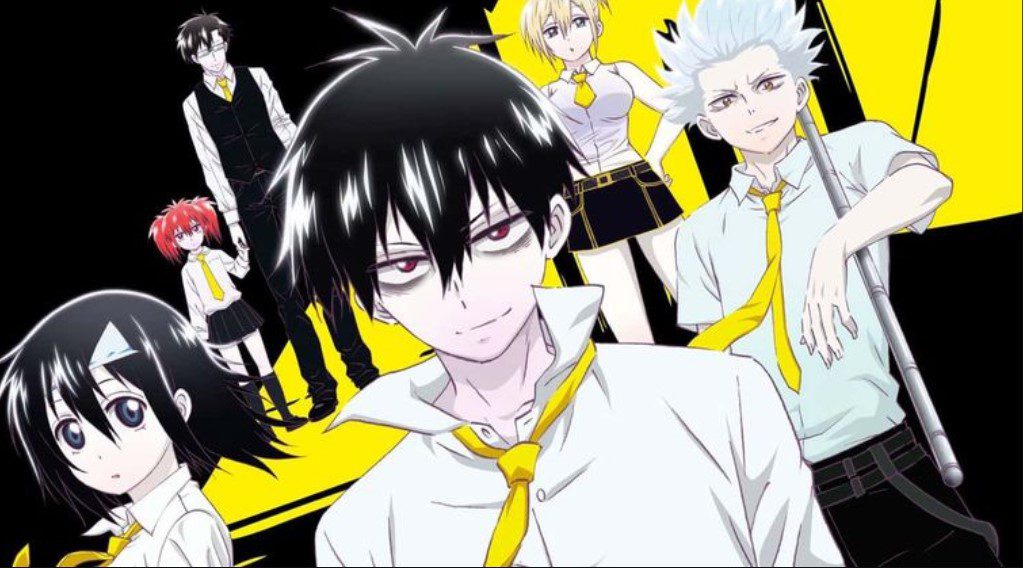 Following the life of the last surviving member of the disgraced Belmont clan, Trevour Belmont, who is trying to save Eastern Europe from extinction at the hands of Vla Dracula Tepes. Dracula and his legion of vampires prepare to rid the world of all humanity. Belmont is no longer by himself, and he has a misfit of comrades race to find a way to save mankind from the grief maddened Dracula.

Hellsing anime is about an organization of the same name that is a secret branch of the British government that has long been battling supernatural threats to keep people safe from creatures of the night. Its current leader, Integra Hellsing, controls her personal army to eliminate the undead beings. But even her highly trained soldiers are pale in comparison to her most trusted vampire exterminator Alucard. 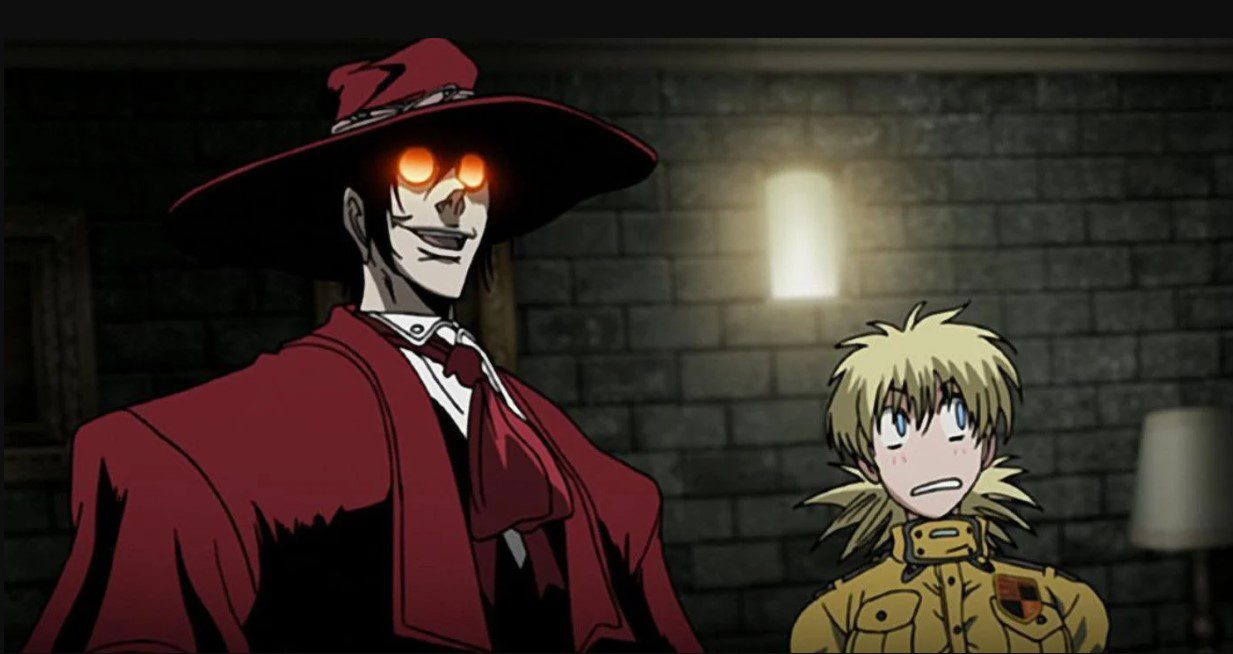 When a 12th-century man Minamoto fled into the mountains after losing to his brother, who became the first Shogun and ruled Japan. History was made that he committed suicide, but in reality, Kurou met a strange, beautiful woman named Kuromitsu while in her mountain hermitage. Eventually, Kurou would fall in love with Kuromitsu but later realized that she kept a dark secret that she is unable to die and lived for over a thousand years. 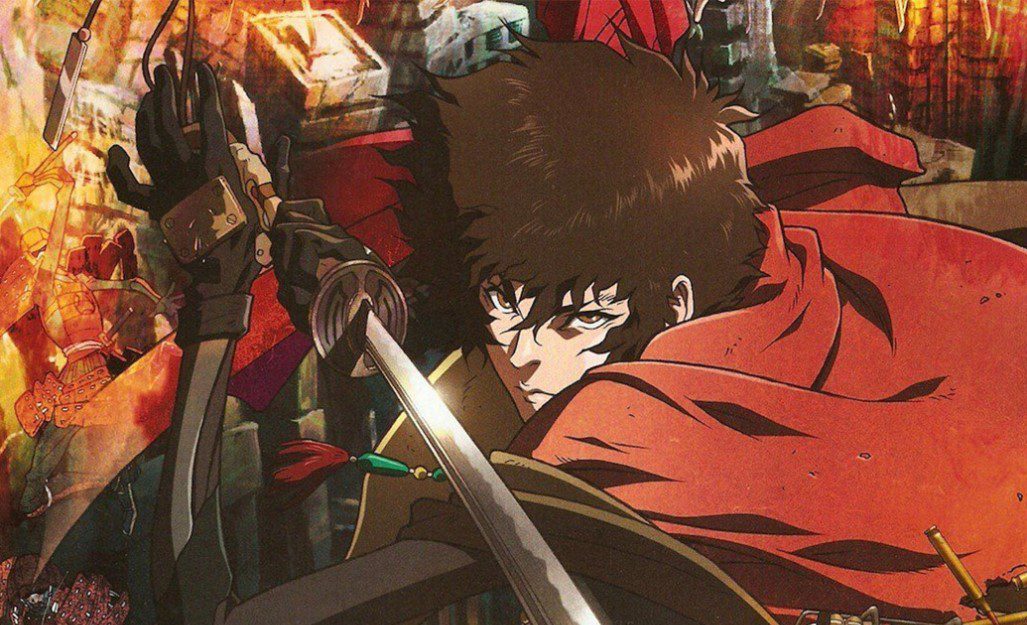 In the distant future, when an Armageddon brought about destruction. The war between the vampires and the humans continues to persist. To protect the humans from the vampires, the Vatican relied on other allies to counter the situation. Meanwhile, Abel Nightroad is a nomad priest and is also a crank vampire that feeds on other vampires.

As a member of the Zx, he encountered a young Esther who decided to go with him to Rome and train at the Vatican to soon meet the order of Rozencruez led by Able’s twin, Cain. So he tries to continue the war so that they can rule, but it’s up to Abel and the Ax to stop them. This vampire anime is worth watching. 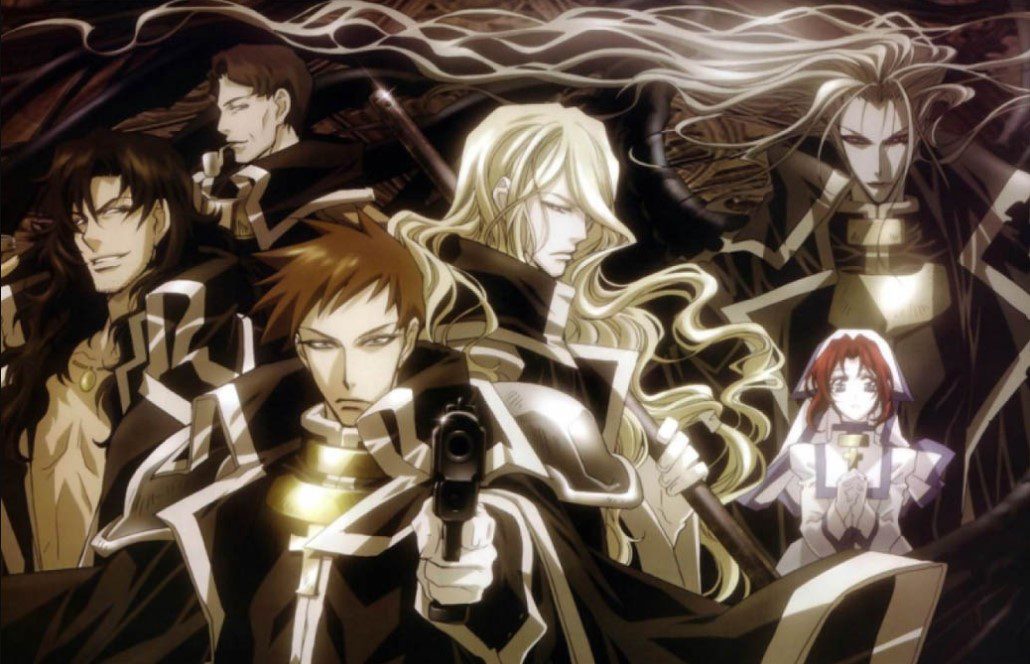 Also Read: Most Popular Vampire Romance Manga Of All Time