In this article, we will get into the Best Regina Hall movies that you should definitely give a try at least once. 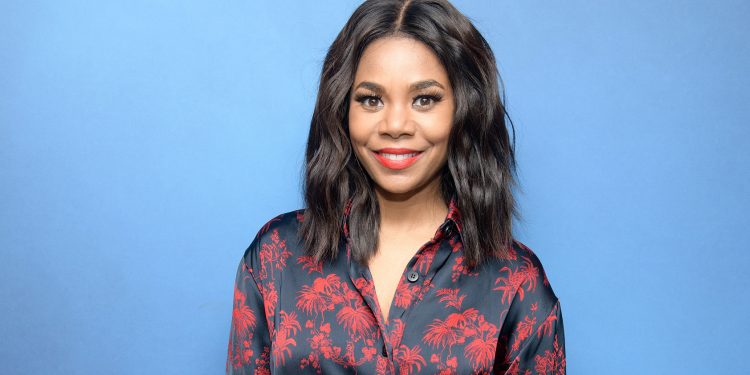 You must have heard about Regina Hall and even seen her in quite a number of shows and movies. She is one of the most famous African-American actresses and also the first one to win the New York Film Critics Circle Award for Best Actress. This definitely gives her a higher pedestal than many other actresses. She is known for her versatility of roles, from being comic relief to a serious character, she manages to pull it all off on screen. In this article, we will get into the Best Regina Hall movies that you should definitely give a try at least once.

Born on December 12, 1970, the actress is now 51 years old. However, she does not look her age at all. Regina Hall still looks like she is in her 20s to 30s. Her versatility has made her such a strong statement in the world of cinema. You might have seen Regina Hall in quite a lot of movies, but she stars in quite a few too. If you have not watched these movies, then you should go for them. We can assure you if you love her, you will love these movies too.

Regina Hall usually does not get into controversies much, she likes to keep her professional and personal life separate. However, as much as we are impressed by her personality, we will be looking into some of her best works.

We will be getting into this movie first, as this was what gave her the Critics Award. Though the movie is an independent one, and not many people have watched it. Hall is quite different in this one. We have always seen Hall as a mother figure who is there as a comic relief mostly. However, in this movie, we get a mix of both. The movie shows the life of a woman who is the head of a club-like place. She manages to balance from both sides. The movie portrays the frustrations of a woman who has to take charge of all, as society expects her to.

Hall has shown exceptional talent in this movie. Her transition from comic to seriousness was quite amazing. She is considered the prime character and has most of the screen time herself. Hall manages to keep all the attention to herself, so when she is not on the screen, we are still thinking about her character. If you want to watch fresh, with a tinge of seriousness, then you can go for this one.

Also  Read, 10 Best Movies Of Finn Wittrock That You Should Watch!

The Hate U Give

We got “Support the Girls” and “The Hate U Give” in 2018. Getting two Regina Hall movies in a year was something that we would have not expected. However, “The Hate U Give” is a serious movie that is based off on the novel of the same name by Angie Thomas. Quite aligning with the injustice faced by the Blacks, there was no wonder Regina Hall would be one of the main characters. Hall’s character is quite intense, and it again comes as a breath of fresh air to see Hall as a serious motherly character in the movie.

The story revolves around Starr, who has seen her best friend being killed by a white cop. This has a heavy implication. If she were to stand up for her Black friend, who is now deceased, she might also be under suspicion. As we have seen in the past years, Black people always fall under prejudice and are always seen as a threat. In this movie, we see Hall as a mother who will do anything to save her daughter from the prejudiced harsh world. It was quite interesting to see her play such an intense role.

Though you might wonder that Hall was quite less in the movie compared to the others in the list. However, we just want to mention the movie because of her amazing acting in the small part. The movie came out in 2012 and was quite the hit. The story deals with four men and their love interests. Their significant others have been following a self-help book named “Think Like a Man”, soon the men realize that, and they get to learn a lot about themselves and their relationships.

Hall, as usual, comes in her motherly character, yet this time there is a change. We find her extremely adorable, and she is a single mother. However, she is dating a childish man. At the end of the movie, her character develops amazingly, and we are left wondering about her the whole time.

This is the movie that gave Hall the push into Hollywood. This movie series was released back in the 2000s, and we must say, it was quite ahead of the time. The series is mainly a parody of all the horror movies that we generally see. One of the main concepts that have made people question is the underlying racism in these horror movies. The movie gained popularity quite soon after its release. People were fascinated by the interpretations and started to question Hollywood on the cliches.

Hall plays the character of Brenda and was instantly loved by the audience. However, for reasons not clear, she was not in the last part of the movie, which was released in 2013. Personally, the second movie was much scarier than the first. It included the parody of The Exorcist and the Haunting. Hall is young and shows promise in her acting. This was the reason she began to be cast in tons of movies from thereon.

This is completely in the opposite spectrum of any of the movies on this list. This is one of the dark and gruesome movies that you might have come across. “Law Abiding Citizen” is about a person named Clyde who takes matters into his own hands when his family’s murderer is set free.

This is another movie that shows the injustice faced by the Blacks in the world of prejudice. Hall plays the role of Ned’s wife. Though we do not see much of her on-screen, her movie choice is quite amazing. She has always put forward her cause from the very start of her career. We do respect her for always using her platform to spread awareness among the people.