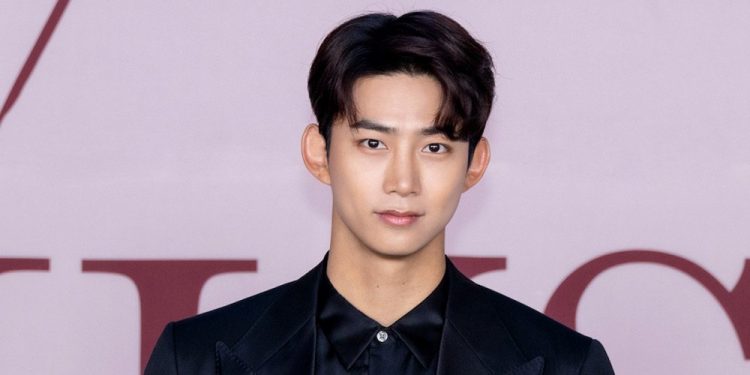 2PM’s main rapper Ok Taecyeon is undoubtedly one of the most talked-about Kdrama actors right now. He is currently starring in the tvN drama Secret Royal Inspector & Joy. And since the drama is about to conclude, we are here to share the list of Best Ok Taecyeon dramas you should watch now. The actor, singer, and rapper has been in the industry for almost twelve years now, and with his portfolio as an actor, he has provided fans with multiple hit Kdramas. Apart from being a successful actor, Taecyeon is also a Kpop idol, with a massive fan following.

While on the subject of Taecyeon as an actor, he made his acting debut in 2010 with Cinderella SIsters. His performance opened the gates for further opportunities in the Kdrama world. Taecyeon’s acting range is incredible: from playing a clumsy inspector to an exorcist to playing the cutest villain in Kdrama history. His recent dramas have brought more fame to the actor.

With 2022 coming soon, Taecyeon will enjoy his 12th anniversary as an actor. His fans are currently admiring him in the ongoing drama Secret Royal Inspector & Joy. However, you should get ready with other Ok Taecyeon dramas on your watchlist after the drama ends. Further in the article, find the list of Ok Taecyeon’s best Kdramas.

Vincenzo has to top the list of Best Ok Taecyeon dramas. Even though Taecyeon did not play the charming protagonist, he made everyone fall in love with his villainy character. Taecyeon played Jang Jun Woo, the antagonist and evil head of Babel Group. The fans highly liked his character’s craziness. Moreover, Vincenzo topped the charts, becoming one of the best 2021 Kdramas streaming on Netflix.

Song Joong Ki and Jeon Yeo Been played partners and Taecyeon’s enemies. The two opposite parties made sure to crash each other by involving law, corruption, casual fires, and crimes. You will not regret Vincenzo since it will keep you on the hook with crazy twists and turns, comedic scenes, and ming boggling cliffhangers.

Taecyeon played Park Bong Pal, a 23-year-old Economics student who lives with an exorcist in the drama. He can easily interact with ghosts and also fights them. Hence, he has lived all his life as a loner until he meets Hyun Ji (Kim So Hyun).

The two fall in love and work together to fight even the strongest ghosts. As they start living together as roommates, they get to know more about each other’s pasts and special abilities. Bring It On, Ghost might fall under the horror genre, but it is a funny and engaging drama. It truly deserves to be on the list of best Ok Taecyeon dramas. Watch the drama on Rakuten Viki.

Park Joon Hwa (Because This IS My First Life, What’s Wrong With Secretary Kim) directed the drama. On the other hand, Lee Dae II (Life On Mars, Chief Of Staff) served as the screenwriter.

Before parting away from his fans to join the military, Taecyeon presented them with the drama Save Me. Starring alongside Seo Ye Ji, the actor, played Han Sang Hwan. The drama centers around a religious cult, which has taken over the entire town.

After Sang Mi’s(Seo Ye Ji) life gets entangled with the corruptive cult, Sang Hwan uses his wealth to help her. Howevre, being the son of the most corrupt politician, finds out more about the evil secrets during the journey. Save Me is one of a kind and is the first-ever drama to explore the topics of religious cults and politics combined. You can watch Save Me on Netflix.

Kim Sung Soo made his directorial debut with Save Me. Meanwhile, Jung Yi Do (Strangers From Hell ) penned down the script.

Dream High is one of Taecyeon’s early projects as an actor. However, it is still eligible to be on the list of best Ok Taecyeon dramas that you need to watch. The drama is definitely a must if you are a Kpop fan since Dream High showcases the lives of six high school students who work hard to become Kpop idols.

Altogether, they learn the skills of singing, songwriting, and dancing while tackling personal issues. As the drama concludes, the audience finds the students growing up personality-wise and achieving their dreams.

Ok Taecyeon plays Jin Guk/Hyun Shi Hyuk, the mayor’s son. But, his disputed relationship with his father has caused several problems in his life.

Park Hye Run (Start-Up, While You Were Sleeping) serves as the screenwriter. Lee Eung Bok (Mr. Sunshine, Goblin) and Kim Seong Yeon (Itaewon Class, Love In The Moonlight) directed it.

Dream High is not your regular high school drama. So, make sure you add it to your watchlist. You can watch it online on Netflix and Rakuten Viki.

The Game: Towards zero was Taecyeon’s first project after getting discharged from the Military. He made sure to make a grand comeback while taking on the role of Kim Tae Pyung. Tae Pyung is a prophet who has the ability to foresee a person’s death after looking into their eyes.

After the sudden disappearance of a girl, he helps the police to find the possible criminal. During the investigation, he meets Detective Joon-Young (Lee Yeon-hee). However, while looking into her eyes, Tae-pyung could not see her death, making him think about different things. Nevertheless, the two work as a knit-tight group to find the midnight killer.

The plot will lure you in, and that is why you should watch The Game: Towards Zero. It is available online on Rakuten Viki and Kocowa TV.

Touching You marks Taecyeon’s first web series. Plus, it is the perfect drama to stream in a single day. Ok Taecyeon has a unique ability in Touching You as well, where he can look into people’s future by touching them. His character Do Jin Woo falls in love with an aspiring makeup artist, Jin Hee Young (Song Ha Yeon). She is described as an angel who never lets the world’s cruelty waver his kind heart. Since Do Jin Woo can see the future, he finds out that Jin Hee Young has a doomed fate.

So, will he be able to help the girl he loves with his magical powers? The drama has 12 episodes of 15 minutes run-time. Get to know Jin Hee Young’s fate in Touching You. You can watch the drama on Prime Video.

We cannot end the list without mentioning Ok Taeyeon’s ongoing hit drama. The actor plays Ra Yi Eon, a clumsy yet brilliant man who, despite his will, becomes a secret royal inspector. Ra Yi Eon wanted to open a dumpling stall in his village. But, after becoming the secret royal inspector, his life gets tangled with multiple court secrets.

With the help of Kim Jo Yi (Kim Hye Yoon) and his servants, he fights to unravel the secrets and bring justice to the criminals.

You can catch all the episodes of the drama on Rakuten Viki.

Korean Celebrities Who Sadly Passed Away In 2021