Finn Wittrock is very popular for his exceptional acting skills. 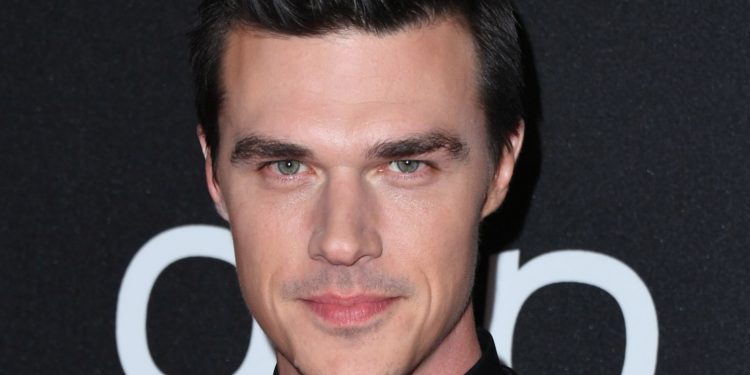 Finn Wittrock is an American actor, and he’s tremendously popular for his exceptional acting skills. It’s been more than 15 years since he stepped into the acting industry. And since then, he has been looking forward to creating his identity in the entertainment world. Over these years, he has been a part of several prominent movies and shows. Because of his blooming personality, he has always been the center of attention. And since then, many fans have been wondering to know more about some of the best movies of Finn Wittrock. Moreover, for a very long time, Finn always wanted to become an actor.

Since he grew up around his father’s workplace, which was a Shakespeare & Company theatre. He would always accompany him to have look at the way acting changed the dynamics of a person’s nature. Once he completed his studies, he went on with his career as an actor. But guess what? This was not an easy job for him, he had to face massive refusal from people who worked in superior positions of the acting industry. But soon, Finn Wittrock won several awards for some of his best movies and his acting abilities. The 37-year-old is all set to create the best out of his future.

After struggling for a few years, Finn finally began to acquire fame in 2014. Since then, he has been giving out his best to maintain his career with several prominent roles. Moreover, Finn Wittrock has won several accolades for some of the best movies. He represented himself in different television shows until he stepped into movies. In the same year, he received an Emmy nomination as well. And through this, he started becoming very famous.

Wittrock is popular for portraying the roles of antagonists. Because he is really good at changing his character with utmost versatility. Moreover, he even portrayed the role of the serial killer Edmund Tolleson in the popular 2020 Netflix series Ratched. Apart from everything else, Wittrock became very popular with his role as Dandy Mott in the television series American Horror Story. He has been a part of several crime-related dramas, and this was one of the recognized parts of his career.

A Mouthful of Air

This 2021 film is written by the popular author Amy Koppelman. She talks about the story of a mother who’s suffering from postpartum depression. The whole plot surrounds the tale of a young mother, Julie Davis, and her husband, Ethan Davis. These roles are portrayed by Amanda Seyfried and Finn Wittrock. As per the story, Julie is a children’s book author, and through her books, Julie would always share her opinion to fight off inner fears. But deep inside, she has to fight with her own too. There are times when Julie feels that she won’t be able to take care of her child. Moreover, the movie was directed and produced by Amy Koppelman.

This 2016 movie is one of the most popular movies. It is a rom-com drama film. Moreover, it is a Damien Chazelle. The story surrounds two different individuals who end up meeting each other through different circumstances. But call it fate or coincidence, the duo fall in love with each other. Finn Wittrock plays the role of Greg. As per the movie, he was Mia Dolan’s boyfriend. But soon, Mia breaks up with Greg to be with Sebastian Wilder. Ryan Gosling and Emma Stone are representing the lead roles.

This 2021 movie is a popular movie that covers the genres of romance and science fiction. Moreover, it is a Steve Basilone directorial. The movie is really popular for its simple yet sophisticated storyline. Where in the story surrounds the life of a young and aspiring writer Bart. This role is portrayed by Finn Wittrock. Moreover, the film received critical acclamation too. And this was mainly because of Finn’s acting skills. Bart’s life takes a different turn after Vienna steps in his life. Even though their meet is coincidental, they instantly connect as Bart begins to live happily after suffering from his mother’s death.

This movie is a 2015 sports film, and it surrounds the life of football player Freddie Steinmark. And this role is portrayed by Finn Wittrock. The story marks the struggle of this young man as life meets with several downfalls for playing football. Even after being rejected from prestigious universities, he didn’t lose his hope of becoming a prominent footballer. And guess what? Freddie’s life takes a while turn after a popular football coach notices his efforts for the first time. Even after going through massive challenges, Freddie still proves his identity.

This film is a 2019 biographical drama, and the story surrounds the life of Judy Garland. Moreover, it is a Rupert Goold directorial. This movie garnered massive recognition because of the character selection and storyline. Speaking of this movie’s concept, it surrounds the final years of Judy Garland’s life. But with time, things become bad for her as her life proceeds to go downfall, and this becomes worse after her health takes a huge toll on her. Because of their acting skills, the movie became popular, and it earned around $45 million worldwide, and it mostly received good reviews from critics. Moreover, Finn Wittrock portrays the role of the popular American musician Mickey Deans.

This 2014 War film is based on the book of Laura Hillenbrand. Moreover, it is an Angelina Jolie directorial. This movie talks about the story of a young man around the timeline of the second world war. Viewers were happy with the characters of this movie. Moreover, the strong and character-driven role of Louis Zamperini is portrayed by the popular actor Jack O’ Connell. Movies like this are really popular for their depiction of human lives. This movie is available to watch on Netflix Moreover, Finn Wittrock portrays the role of Francis McNamara.

This 2015 film has an entirely different phenomenon to it. The movie surrounds the life of a young marine, Spencer Koll after he returns from Afghanistan. At first, he thinks he will be able to live a normal life. But as soon as he comes back, he understands that things are very different for him, even though he’s always from his marine life. As time moves on, Spencer’s flashbacks become worse. And since he is suffering from Post Traumatic Stress Disorder, his life takes a different turn after he encounters a ghost. Spencer’s role is portrayed by Finn Wittrock.

Also Read: 11 Denki Kaminari Facts from My Hero Academia That You May Not Know

Write When You Get Work

This 2018 rom-com movie talks about the life of two different individuals residing in Manhattan. Ruth and Jonny build a love story, more than romance, you would often find them doing the sneakiest things together. But soon, they separate from each other, things take a different turn, after the couple meet each other after being away for a long time. Moreover, Jonny begins to look for her to acquire the love he lost a few years back. On the other hand, Ruth wants to compensate by working hard for all the losses she made in her teenage years.

This 2017 film² is adapted from the novel of William Shakespeare with the same name. The movie surrounds the story of four individuals, with targets to sort out their life. The traditional story from ancient Athens is completely transformed into a love story from Los Angeles. Moreover, it is a Casey Wilder Mott directorial. The actors of this movie became popular for their representation. The story covers up certain angles of comedy and romance, and it gives off a very different vibe. Moreover, it is considered to be better than many other Shakespeare adaptations.

The filming of this movie began in the summer of 2019. Moreover, Deception Road has a pretty interesting concept. The movie covers up the angles of various genres. The lead character of our story is Oscar, while he was on a journey, he fixes a ride with an army veteran. Now he’s stuck in a tricky situation, but it is a very difficult place for him to get out. Because with time, it will become a dangerous place to be in. Finn Wittrock portrayed the role of Oscar, while Thomas Haden Church acted as the veteran and Alice Eve as Jessie. Moreover, this is one of the best movies of Finn Wittrock.

Also Read: 20 Orochimaru Facts That Will Surprise You