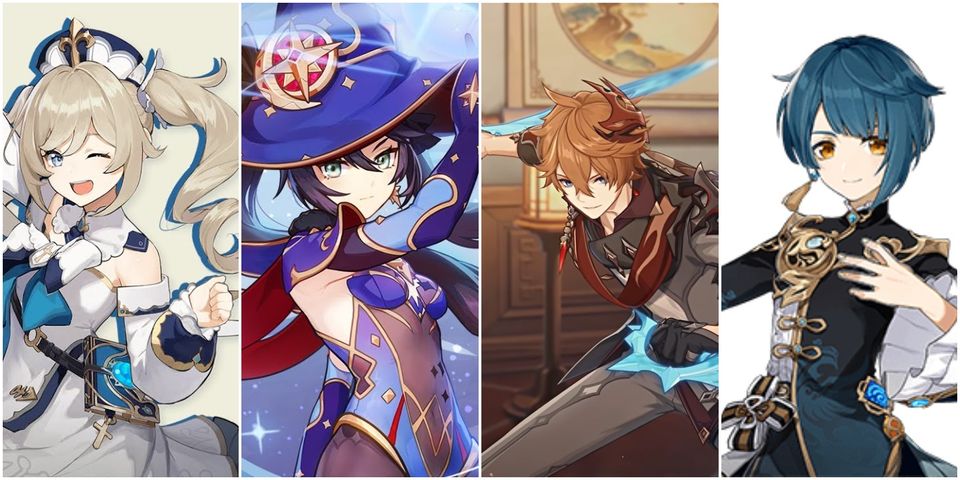 It was released on Playstation 5 in 2021 and is planned to release on Nintendo Switch in the future. Genshin Impact is known for its gorgeous graphics, engaging gameplay, and epic story. Genshin Impact received positive reviews from fans and critics. Two weeks after its release on mobile devices, the game was downloaded over 20 million times. The game’s largest revenue comes from China, South Korea, Japan, and United States. The game’s total revenue is around $2.4 billion.

At Number 5 is the deaconess of the church of Favonius. She calls herself the idol after learning it from adventurer Alice. She is a Four-Star rarity character in Genshin Impact. Barbara’s weapon is Catalyst, with which she deals four water splash Hydro damage in standard attacks. Charged attacks deal Area-of-effect damage which consumes some of her stamina and requires a short amount of time. 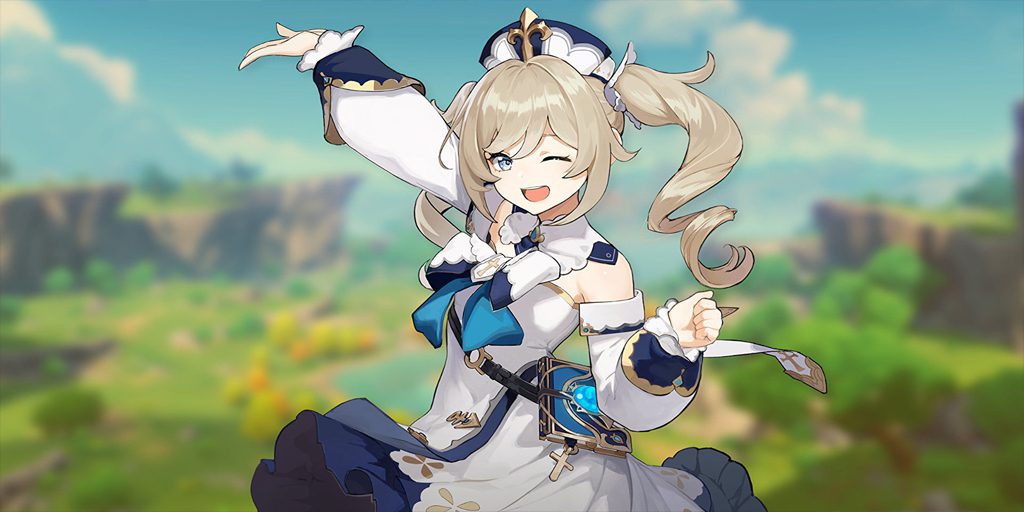 Her Elemental Skill is Let the Show Begin. This skill summons water droplets, which look like musical notes, called Melody Loop that deals Hydro damage and applies wet status to the opponent. The Melody Loop will heal party members on Barbara’s standard attack, which scales with the Max HP of Barbara. Barbara’s Elemental Burst is Shining Miracles. The Shining Miracles heals party members and nearby teammates for a large HP. Healing based on Barbara’s Max HP.

At Fourth place is the prideful astrologist Mona. She is a Five-Star rarity character in Genshin Impact. Her weapon is Catalyst, with which she deals four water splash Hydro damage in standard attacks. Charged attacks deal Area-of-effect damage which consumes some of her stamina and requires a short amount of time. 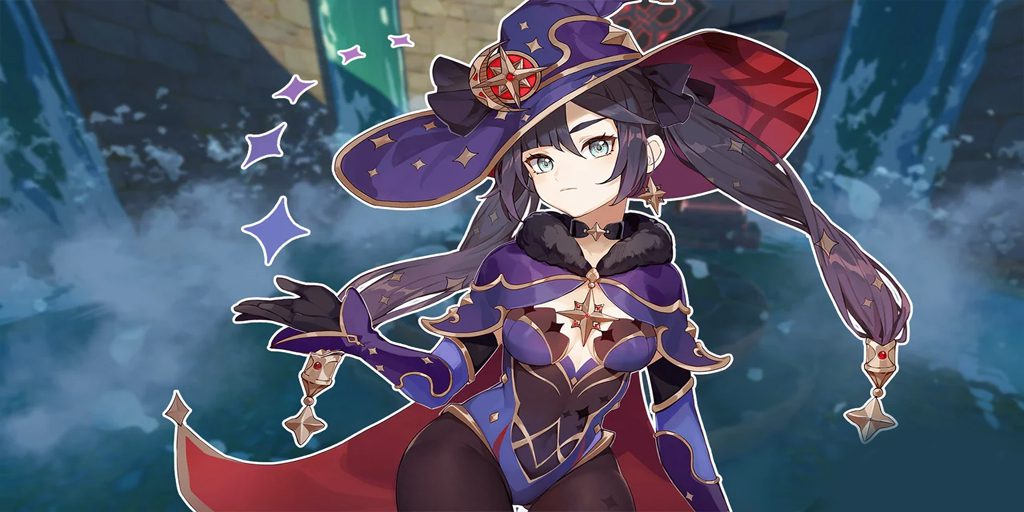 Here Elemental Skill is Mirror Reflection of Doom. This skill creates an illusionary Phantom of Fate. The Phantom will continuously taunt and deal Hydro damage to the nearby enemy, and in the end, it will explode and deal Area-of-Effect damage to the nearby enemy. Her Elemental Burst is Stellaris Phantasm. This skill applies Illusory Bubble status to an opponent in a large Area-of-Effect region. The Bubble illusionary applies Omen on the opponents, which gives a damage bonus in its duration, and after the Illusory Bubble ends, the opponents receive Hydro damage.

In the third place is Sangonomiya Kokomi. She is Head Priestess of Watatsumi Island and a member of the Sangonomiya Clan. She is a Five-Star rarity character in Genshin Impact. Her weapon is Catalyst, with which she deals four water splash Hydro damage in standard attacks. Charged attacks deal Area-of-effect damage which consumes some of her stamina and requires a short amount of time. 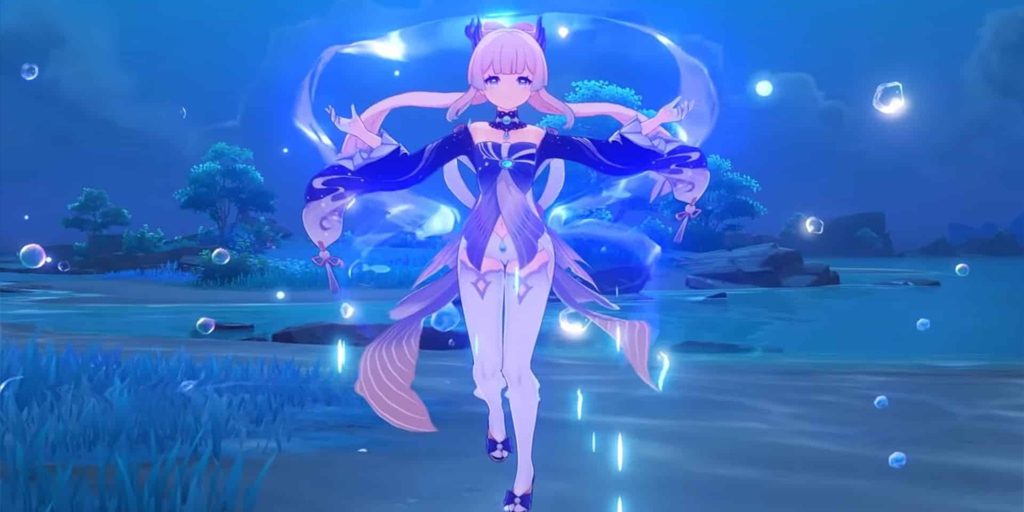 Her Elemental Skill is Kurage’s Oath. Using this skill, Kokomi summons water-created Baka-Kurage, which deals Hydro damage to the surrounding opponents and heals nearby teammates, which is based on Kokomi’s Max HP. Her Elemental Burst is Nereids Ascension. This ability summons the might of Watatsumi, which deals Hydro damage to the surrounding opponents. After dealing damage, the Nereid’s Ascension will rob Kokomi in Ceremonial Garment. The Garment increases the damage of the attack and, all the teammates restore HP when Kokomi’s attack deals damage. All these are based on her Max HP.

In the second place is danger bringer to wherever he goes, Tartaglia, a member of Fatui Harbingers. He is a Five-Star rarity character in Genshin Impact. His weapon is Bow, with which he deals six consecutive shots in a standard attack. In charged attack, he can deal more damage as the power of Hydro accumulates on the arrowhead while aiming. 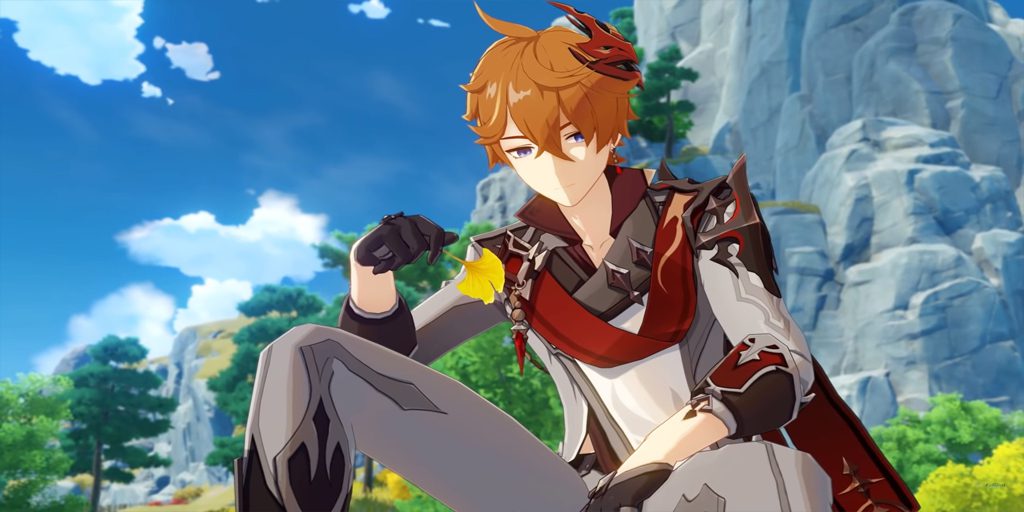 In the first place is the son of Guild Manager of Feiyun Commerce Guild, Xingqiu. He is a Four-Star rarity character in Genshin Impact. His weapon Sword with which he performs five high-speed strikes in standard attacks. He performs two high-speed sword strikes, which consume some of his stamina in the charged attack. 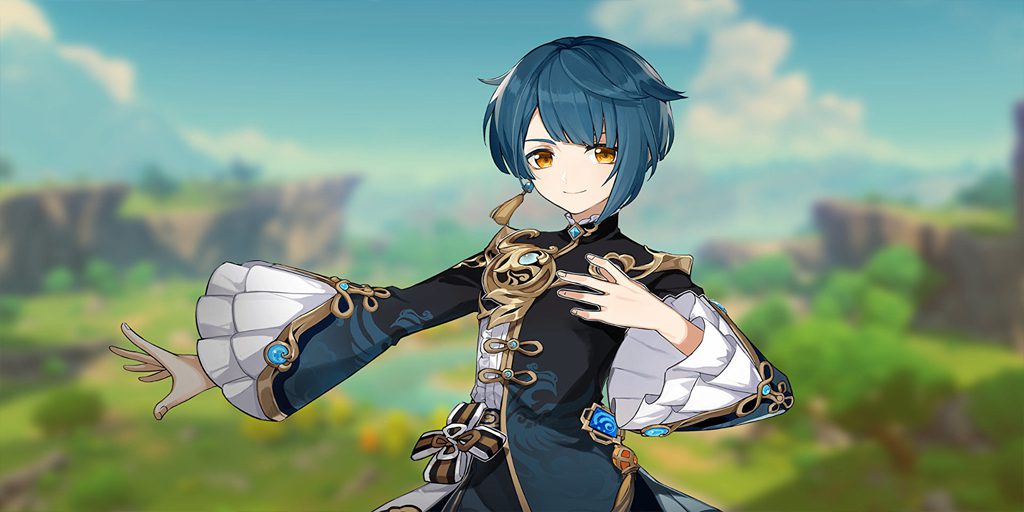 His Elemental Burst is Guhua Sword: Fatal Rainscreen. In this ability, he deals Hydro damage while performing twin sword strikes. When he performs this ability, he creates Rain swords that orbit around him and reduce the opponent’s damage to the player. His Elemental Burst is Guhua Sword: Raincutter. In this ability, Rainbow Bladework and the maximum number of Rain Swords is created and, Xinqui fights using sword rain. The Rainbow Bladework triggers consecutive sword rain attacks on standard attacks of the players and, the Rain Swords will remain at the maximum number throughout its duration.