10 Anime Similar to Mieruko Chan That You Should Check Out 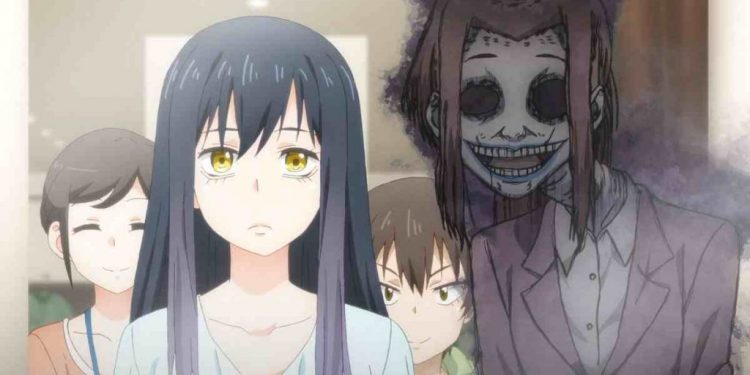 When it comes to watching something from the Horror genre, some people watch with their eyes wide open, while some people avoid it at all. Among these is the third group of people who want to watch horror but are too scared to do so. They sit and peak from behind a blanket. Regardless of what kind of viewer you are, Mieruko Chan is an anime that you will truly enjoy.

Mieruko Chan is a horror-comedy-based anime animated by Passione Studio. It is based on a manga of the same name created by Tomoki Izumi. It brings us the story of a girl named Mieruko who can suddenly see supernatural beings all around her. These supernatural beings are pretty scary at first glance, and it is natural that Mieruko would react to them differently. Indeed, she does react to them differently… from how normal humans would react. She decides to ignore them and go about her day-to-day life. Imagine being a ghost and finally being visible to someone only for them to ignore you – that is where the comedy lies. While the anime has only 12 episodes, below mentioned are ten other anime similar to Mieruko Chan that you can enjoy.

The anime “Another” is one of the first anime that comes to mind when thinking of something similar to Mieruko Chan. Although it is more of a suspenseful horror anime with little comedy, it is enough to keep one hooked right from the first episode. This anime takes us through the dreary happenings in class 3-3 of Yomiyama North Middle School. When the transfer student Kouichi Sakakibara takes an interest in a girl Mei Misaki who seems to be non-existent to not only her classmates but also the teachers. Initially, he thinks that she is a ghost, he is determined to learn the answers to his many questions. As the story progresses, we come across secrets behind the “curse” of class 3-3 and end up with a shocking twist in the plot.

This anime doesn’t bring spirits from another dimension to the protagonists but instead takes the protagonist to a terrifying dimension. To celebrate the farewell of a friend as well as to perform a ritual where they can stay friends forever, a group of friends visit their school at night. When performing this ritual using paper dolls, they connect to the Heavenly Host Academy, which was an elementary academy that was closed after several brutal murders. Together this group of friends has to make their way out into their home dimension.

Also Read: Will there be an Ayashimon Anime Adaptation?

From this list, this anime is probably the scariest. From the animation to the narration, everything about this anime is eerily creepy. What is the best part is that this anime induces fear in just 5 minutes as each episode lasts for that long! Yami Shibai is a series of short horror episodes that give us a different story, perhaps increasing the level of fear and horror with each new episode. This anime is full of jump scares, and it is available on Crunchyroll for those who dare.

This anime can be considered a true horror-comedy anime. Mob Psycho 100 is the story about Shigeo Kageyama, aka Mob, who possesses immense psychic powers. However, he recognizes that he can do a lot of damage if his powers are used to the fullest. Instead, he works as an exorcist under Aratoaka Reigen, a “master psychic”. However, Reigen is a con artist taking advantage of Mob as he makes money out of him. Unfortunately, the latter isn’t aware of anything and innocently does what he is told.

The protagonist, Hibiki Amami, from this anime, and Mieruko Chan could be best buddies or worse enemies. These two are very much alike yet different from each other. Just like Mieruko, Amami can see supernatural beings in her daily life. However, instead of ignoring these beings, she befriends them and even helps them out. What is the sweet part about this is that the ghosts try to help her out whenever she needs help.

Also Read: Will there be a Holyland Anime Adaptation?

My favorite from the list, Noragami, is an anime about a Stray God who tries his best at helping people out for 5 yen only. This anime has one of the best anime girls out there – Hiyori Iki. Because of a bus accident, Hiyori’s soul often slips out of her body. While at it, she is introduced to the happenings of the world where demons and human souls exist. She, along with Yato and his human weapon, Yukine, go on various adventures, often discovering secrets of demons as well as of gods. In all, this anime is a bittersweet and comedic one.

This anime’s protagonist is a 15-year-old boy named Takashi Natsume. This boy is haunted by spirits, and he often wonders why. Later it is revealed that he possesses a book, given by his deceased grandmother, called ‘Book of Friends’. In the book, written are the names of those spirits whom his grandmother has captured. Thus, these spirits haunt him to be freed.

This anime takes us to the ‘Otherside’, at least that is what the main protagonist, Sorawo Kamikoshi, calls this weird world. She comes across it as an explorer and since then hasn’t been able to stop exploring this place. As she goes on, she meets Toriko Nishina, a girl looking for her friend who she is sure is stuck inside the ‘Otherside’. Together they help one another with what they need and form a beautiful bond.

This anime may be different from the ones on the list. It takes us to the town of Suiten, where strangely weird things take place. Here, the two worlds are very similar in appearance but differ in the people residing in them – The Unseen World has spirits while the Apparent World has humans.

In the anime, the three main protagonists, Taro, Makoto, and Masayuki, can let their souls travel through these worlds due to their traumatic past. However, things take a drastic turn when the ghosts from the Unseen World start visiting the Apparent World. The three then work together to solve this conflict.

Best Rosario Dawson Movies That You Need To Watch