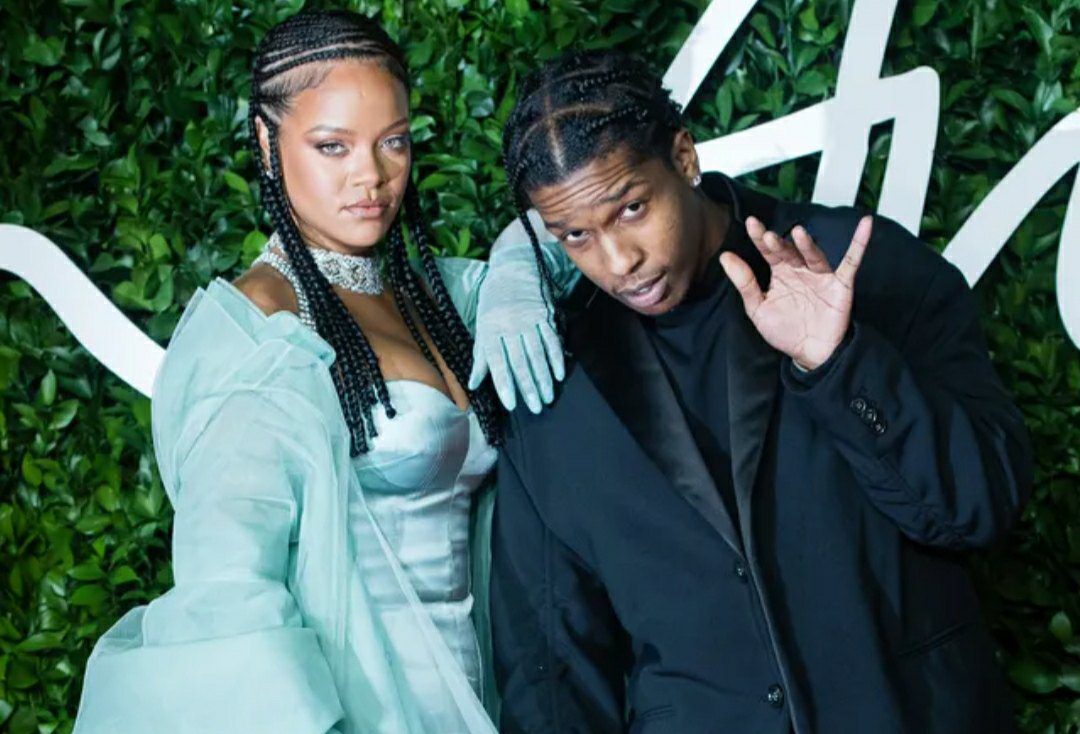 Today, we will discuss ASAP and Rihanna’s Dating Timeline. Starting from the basics, ASAP Rocky is an American rapper, a member of the hip-hop collective ASAP Mob. Some of his notable singles are- Lost and Found Freestyle, Wave Gods, Praise the Lord, Fashion Killa and The God Hour. On the other hand, the Barbadian singer, Rihanna has some amazing works like Diamonds, Umbrella, This Is What You Came For, Where Have You Been, The Monster, etc.

Do welcome to the club of power couples! Rihanna and ASAP have been one of the cutest and giddiest couples in this Hollywood industry. They have been friends for several years. Meanwhile, the duo were involved in different relationships. When it didn’t work, their friendship blossomed into romance. When asked, the rapper shared that he feels very special and fortunate to have a partner like Rihanna. Not just that, but also working together on various occasions and for various collaborations, their bond seems to have grown more with time. In brief, Rihanna and ASAP are now a happy couple and are looking forward to their new journey! Fans are highly curious to learn about ASAP and Rihanna’s Dating Timeline. If you are one of them, I highly recommend you to read this article to the end.

Also read: Has A$AP Rocky Cheated On Rihanna? The Couple Gets Hit By Cheating Allegations!

Have a look at how their long time friendship has finally turned into a romance!

Rihanna has collaborated with the rapper for her single ‘Cockiness’ in 2012. After the release, the duo performed together at the MTV Video Music Awards. Since then, they have been receiving loads of love and support from the audience as a duo. Also, their friendship became stronger! Next year, ASAP joined her tour, which was the North American leg of Rihanna’s Diamonds World Tour.

Meanwhile, it was in 2017, when Rihanna was dating Hassan Jameel. In case you are unaware, Hassan is the heir of Toyota and a billionaire from Saudi Arabia. Their relationship was pretty serious. While on the other hand, ASAP was romantically involved with the famous supermodel, Kendall Jenner. These relationships anyway didn’t affect their friendship and thus were still in touch. On 21 June 2018, Rihanna and ASAP attended the Louis Vuitton show together during Paris Fashion Week. They were found sitting in the front row, hinting to the fans about their friendship. After a few months, she invited him to her annual Diamond ball. He made his debut at the fourth annual Diamond ball for which he wore a sleek black suit. Even, they walked the red carpets together at the British Fashion Week.

Rihanna and Hassen have split! The reason behind their breakup was they were not being a ‘good match’. Their lives were too different and it was hard to maintain a relationship like that. Since then, rumours started to circulate regarding ASAP and Rihanna’s romance. It got fueled after the news came up that they shared a hotel suite during their trip to New York City. On this note, the singer stated that they were taking things easy and enjoying each other’s company, as always.

ASAP and Rihanna have been spotted in Beatrice Inn. With this, rumours started to surface on the web, regarding they have taken their relationship to the next level. Not only that but they were also spotted together strolling New York City, together at night. Both of them were bundled up in winter puff jackets and face masks. However, the duo were still tight-lipped and didn’t confirm to share anything romantic. In brief, they seemed to be inseparable! Things started to appear more serious when ASAP joined her and her family during the Christmas celebration in Barbados. The duo also took a Catamaran sunset cruise, getting cosy. 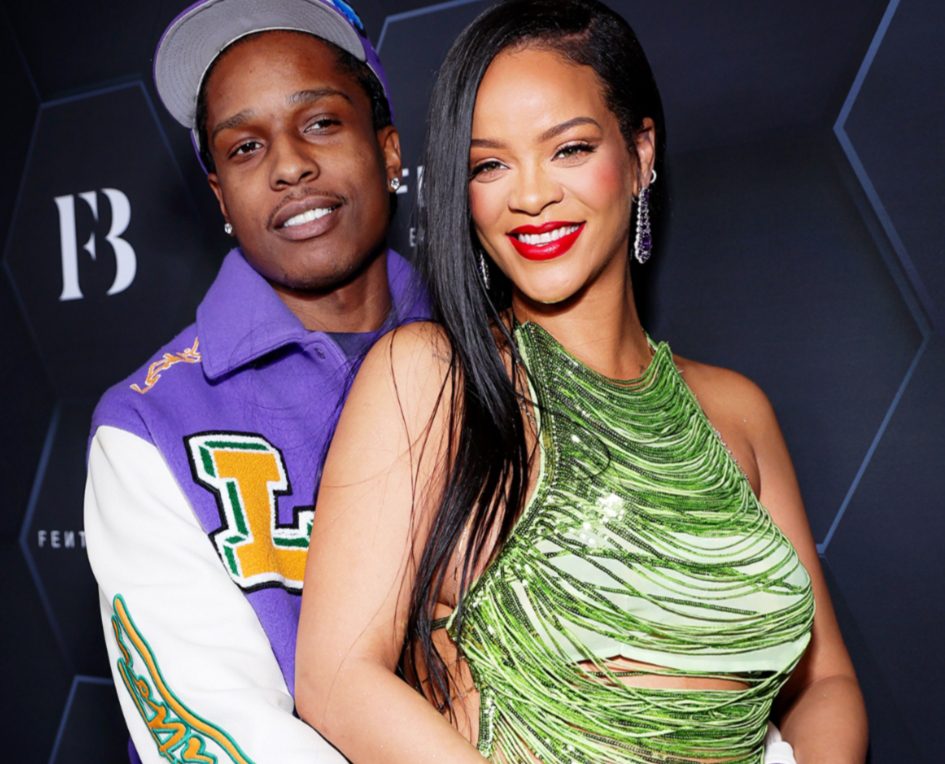 On 12 April, ASAP and Rihanna were spotted outside leading the Delilah restaurant in Los Angeles. It seemed like a dinner date. Next month, specifically on 19 May, the rapper leaves no confusion in the air. In an interview, he shared that they are a serious ‘item’. The love birds embarked on a Great American Road trip which played a vital role in strengthening their bond.

With the new year, Rihanna and ASAP have shared good news too! They are expecting their first child! Rihanna has been spotted around the neighbourhood of Harlem with a baby bump. In February, she shared that she couldn’t be happier and is very excited to be a mother. 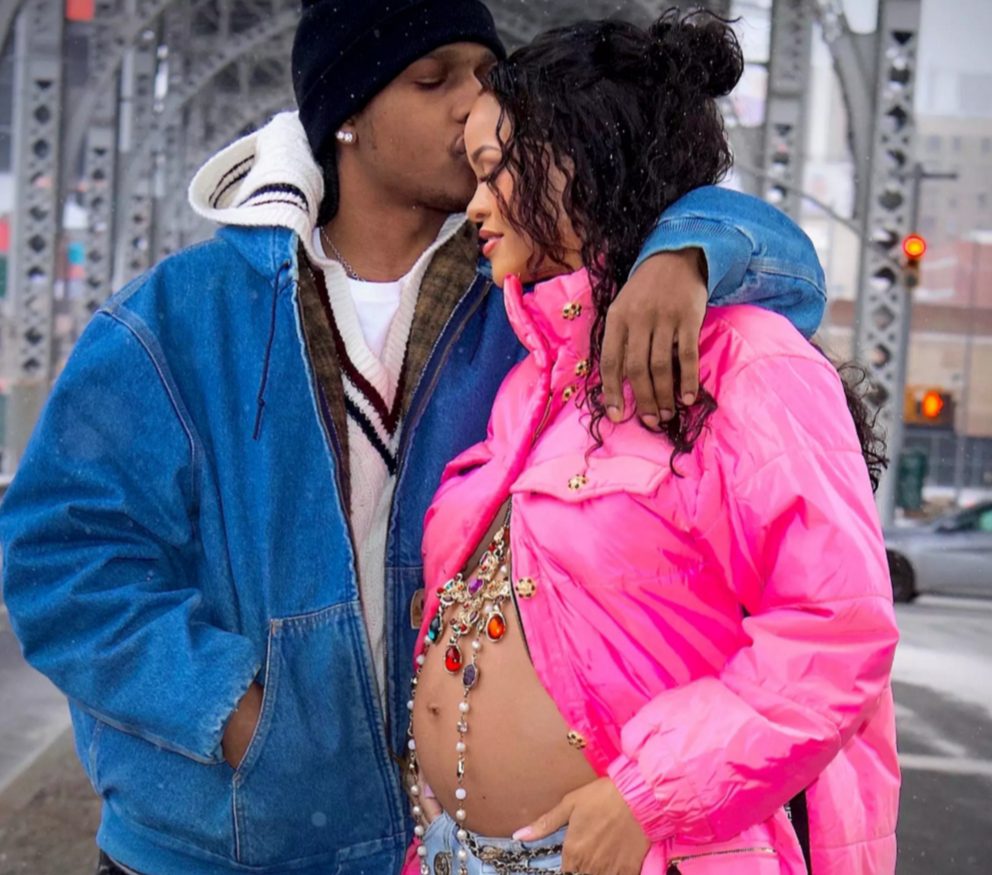 Also, she seems to be loving all the body changes during their pregnancy period. The singer is highly confident in her decision to embark on parenthood with the rapper. Recently, some cheating allegations were surfacing on the web. But, the couple has denied and shut them out.

Congratulations to Rihanna and ASAP! Best Wishes for their new journey!

Also read: Who Is Brooks Laich’s Girlfriend? All About His Dating Timeline