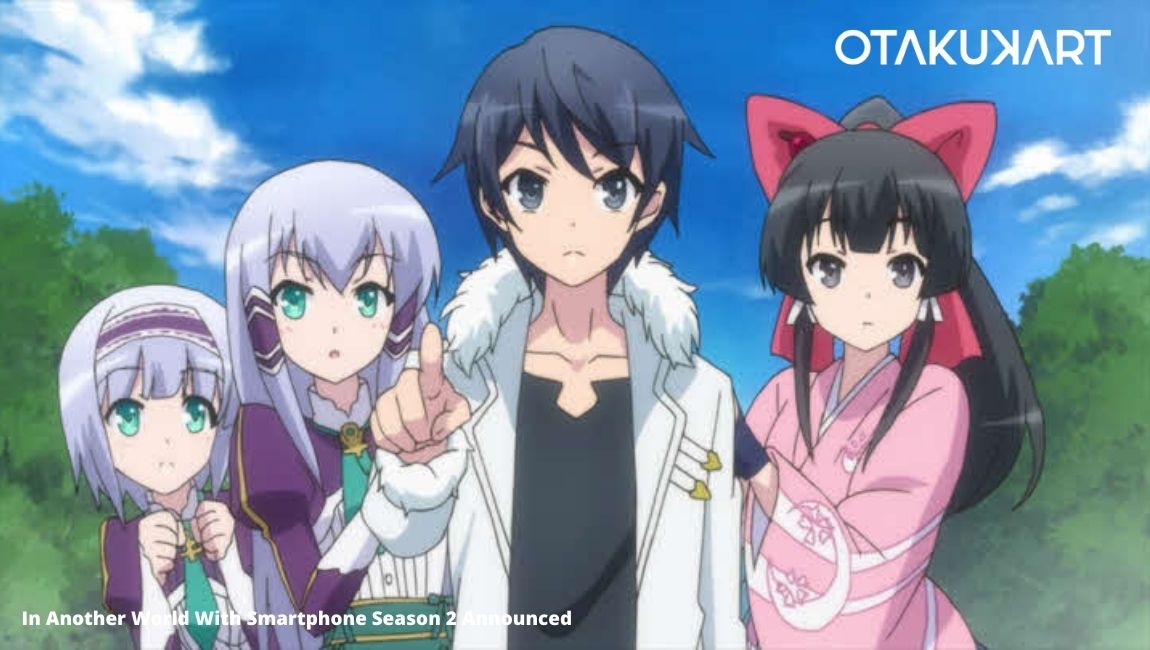 In Another world with Smartphone Season 2 Announced!!

In Another World With My Smartphone Season 2 has been announced, and congratulations to all those who were waiting for it. Currently, we are going through a phase in the anime industry where isekai anime has become very prominent. A lot of isekai anime series are currently running very successfully and have taken all the attention. “Skeleton Knight in Another World”, “Ya Boy Kongming”, and” Dawn of the Witch” are some of the newly released isekai anime series. These are totally new and are inspired by their respective source material.  People are really loving this genre these days, and that is the reason why new isekai anime or new sequels are being announced every other day.

One such anime series titled “In Another World with My Smartphone” is coming back with season 2. Not to mention, but this anime series was super popular at the time of airing which is the reason why its renewal become so anticipated. The anime made its episode back in 2017, and after the end of season 1 in the same year, fans didn’t get to hear anything from it. They have been waiting for so long, and now after almost five years, the sequel has been announced, making fans super excited. Isekai was Sumatofon to Tomo ni Season 2 has been announced see more into it.

ALSO READ: Top 10 Anime Similar To Psycho-Pass That You Should Watch!

About In Another World with my Smartphone

In Another World with my Smartphone, also known as isekai, was Sumatofon to Tomo ni is a Japanese series. It was initially released as a novel series by Patora Fuyuhara and was published by Shosetsuka ni Naro. It was released in 2013, and till then, it’s still ongoing. Later, it got adapted into a light novel series that flows Patora’s same material but got its illustration by Eiji Usatsuka. It was published by Hobby Japan Publications and an English version by J-Novel Club. It was released in 2015 and is still ongoing currently with 25 volumes. Its popularity increased further when it got a manga adaption illustrated by Soto. The manga was published by Kadokawa Shoten, and an English version was given by Yen Press. The manga was serialized in Comp Ace manga magazine starting on 26th November 2016. Till now, it has been collected into 11 tankobon volumes. 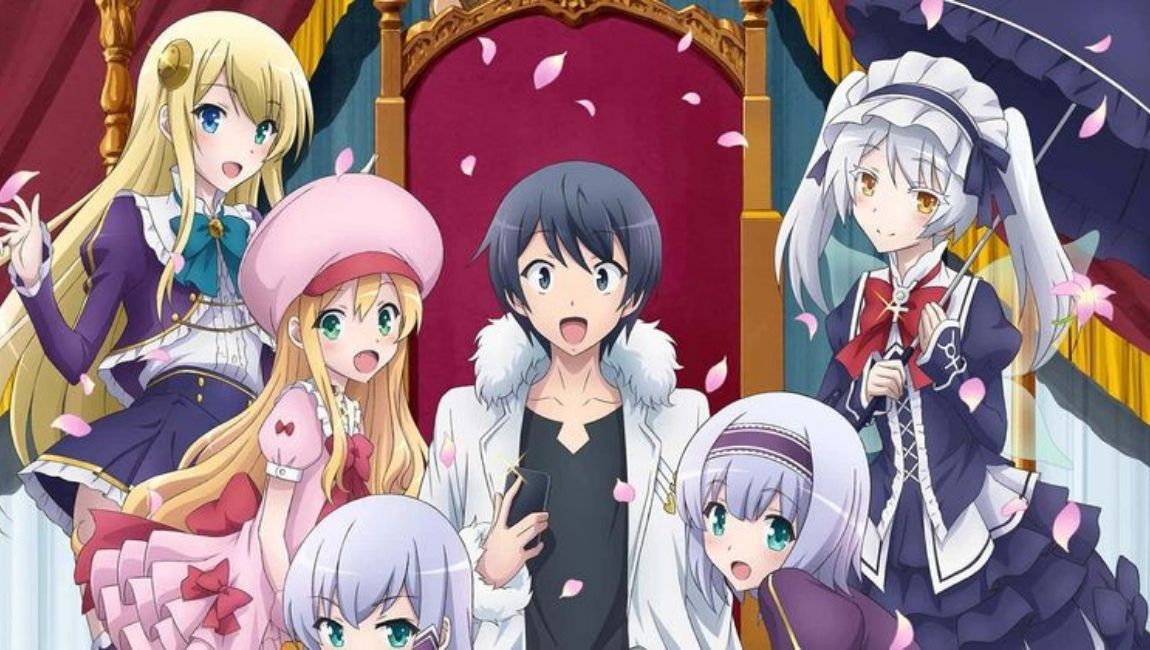 In Another World with Smartphone

The plot of the anime is typical isekai as it takes you around the protagonist of the series, who is a fifteen-year-old young boy. Touya Mochizuki was accidentally killed by the god, to which the god himself apologized to him. In order to correct his mistake God, he offered a choice to get reincarnated. However, the condition was that he could not go back to his world, so he will be sent to a fantasy world. But the interesting part is when he was given a choice to make a special request. So, Touya used this chance and get permission to take his smartphone with him. God made some modifications to the smartphone in such a way that he could not contact his friends from his previous world. Along with this, the god told him that his mobile will charge easily using magic.

Other than this, he can take access to the data from the old world and can use features like GPS to locate. In addition, God grants him some increased magical powers and a great deal of intelligence. Now, Touya steps into the new world, and in order to take its advantage to the fullest, he decided to befriend many people, especially women. He traveled from country to country while stopping from place to place and solving political issues. 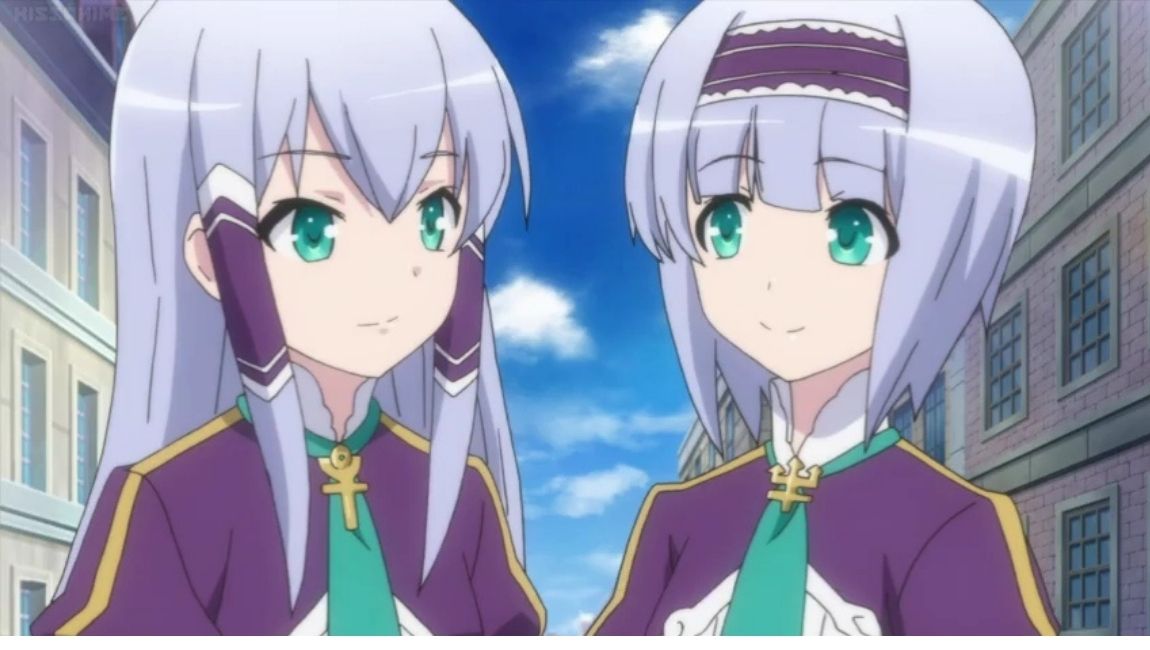 In Another World with Smartphone – Silhouseka Twins

Previously in In Another World with My Smartphone Season 1

In Another World with My Smartphone was released on 11th July 2017, with the first episode titled “Awakening, and Another World”. Initially, we witnessed how Touya was killed by God and got reincarnated into a fantasy world. In that new world, Touya saved twin sisters named Elze and Linze Sillhouseka. Now, the three of them decided to get along with each other and formed a party for the paid quests. Touya began to learn a new language and the use of magic from the two sisters. As he learned, both the sisters realized that he is different from other people in this world. Where people can only use one of two types of magic, Touya was able to use every type of magic existing in that world. Later, he arrived at a Cafe where he helped the owner to make the recipe for delicious ice cream.

The last episode of this season was released on 26th September 2017 and was titled “Decisions and With my Smartphone”. In the last episode, Touya and his friends came back to his mansion of Francesa. There Yumian helped Linze to become of the Touya’s Brides. The next day in the morning, we witnessed Yae and Elze also becoming one of Touya’s brides. Meanwhile. Touya went to the Garden in order to talk with Regina Babylon, who is a professor and makes Babylon. The last episode went so slow as Touya asked for help from Kami and The Goddess of Love regarding his love interest. As the time of marriage was reaching near, Touya confessed that he is not ready to get married. He also doesn’t think that he can make everyone happy, and the girls understood everything. 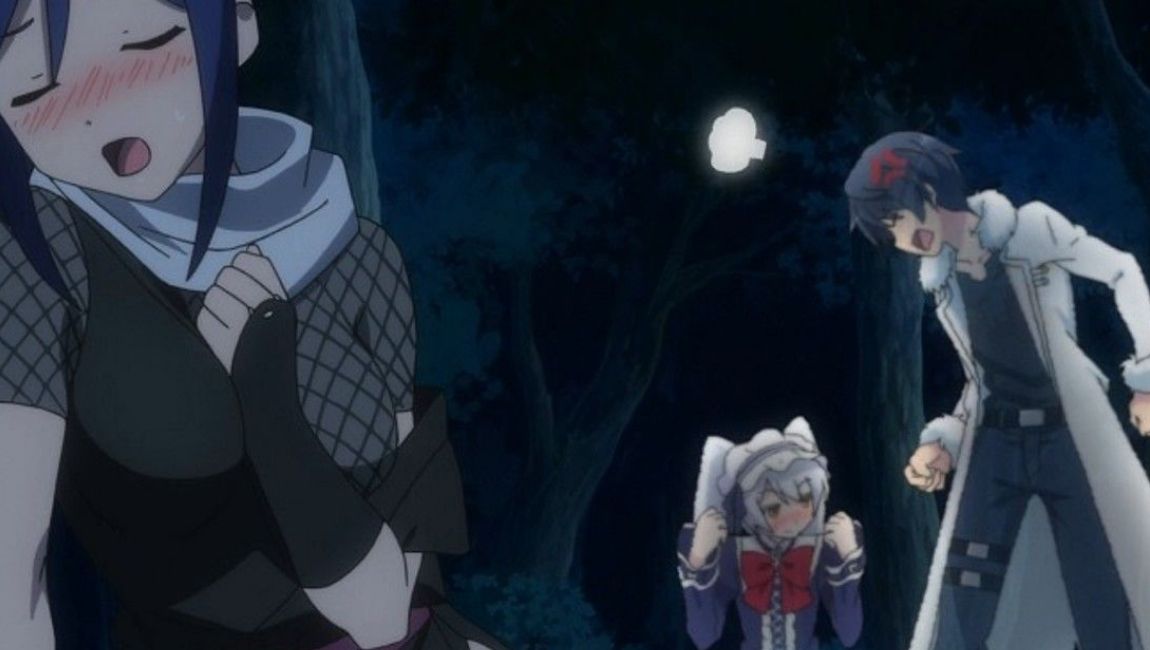 Still from In Another world with Smartphone Season 1 Episode 9

By the end of the episode, Leen was talking with Francesca, and she told her that Dr. Babylon was seen Touya getting nine wives. In the epilogue, we witnessed Touya walking through the town and running into another stranger named Ende. The end was quite an obvious wit giving the indication that the series has not ended yet.

In Another World With My Smartphone Season 2 Announced!!

It has been almost five years since there was no news regarding the renewal of this anime series. But now the wait is over, and finally, we get to hear some new updates regarding the same. On Friday, 15th April 2022, it was announced on the official website of the series that the anime series is getting a second season. This made fans super excited, and to increase this excitement, the creators also released an illustration of the series. The light novel illustrator Eiji Usatsuka uploaded the visuals in order to celebrate this announcement. With this announcement, we only got to confirm a Season 2 of In Another World With My Smartphone. Authorities are yet to confirm the production and a release date for the series. So, till then, I would prefer you to stay tuned with us to get the latest updates.

The series has been a piece of art, and everyone loved it till it was broadcasted. Its season 1 was praised by a large group of people who ended up being the fans of it. All of this is thanks to the cast and crew who work hard to make this possible. In Another World with Smartphone was produced by Production Reed studio under the direction of Takeyuki Yanase. The tea of producers includes Hiromi Sueta, Ryuji Kasamatsu, Keiji Hamada, Shigeto Nihei, Yasuyuki Iwanami, and Hideo Momoda. Its screenplay was given by Natsuko Takahashi and the music by Exit Tunes. All the voice cast of the anime made the anime feel more realistic and happening. 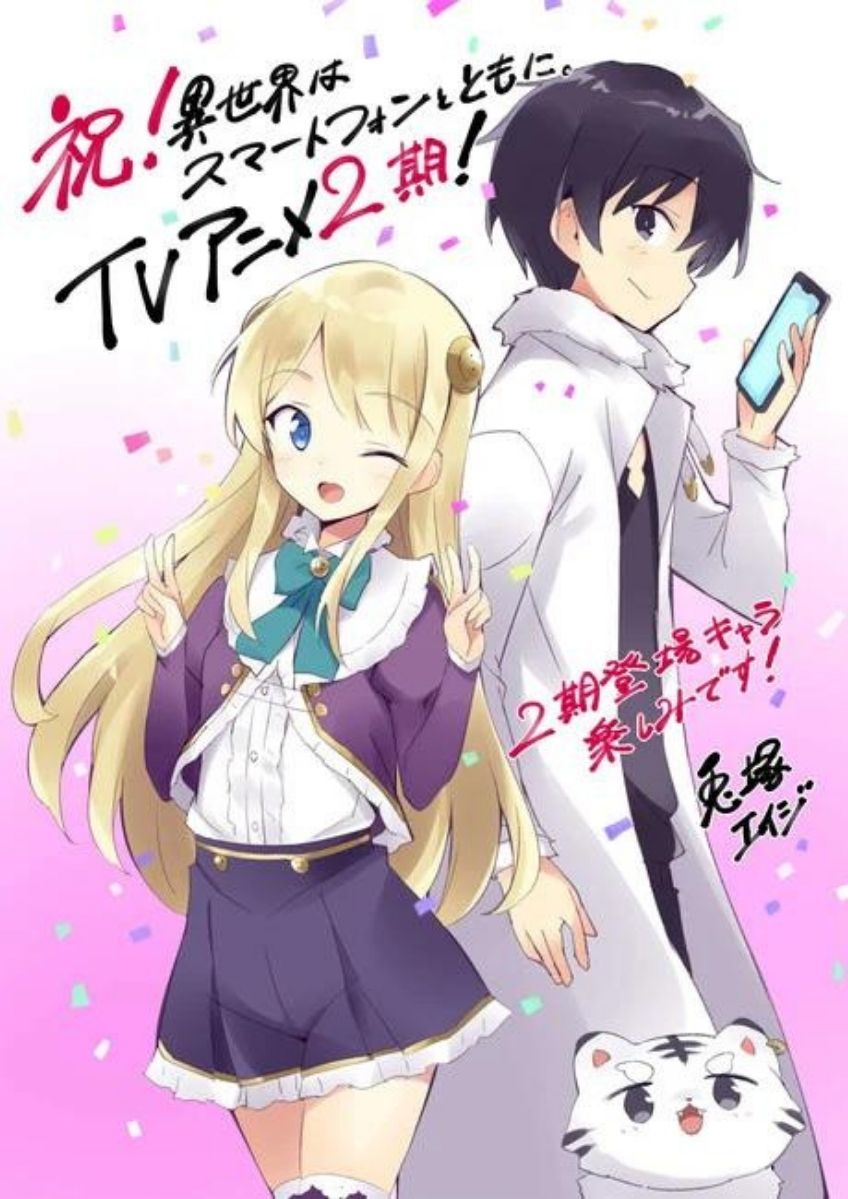 In Another World with smartphone season 2 illustration

The cast for the new season is yet to be revealed, and we don’t know whether the same cast and crew will be once again coming together. However, in order to maintain the originality of the series, the creators might call back the whole team. So, let’s stay calm and patient and wait for new updates regarding the same.