Another one of the boy groups made on the survival stage of Mnet has come to the news. On April 31, 2022, WAKEONE Entertainment announced that as of now, TO1 member Chi Hoon has left the boy group. As Chi Hoon leaves TO1, the reactions come through as things change here on. TO1’s official fan cafe also announced the status of Chi Hoon’s contract with WAKEONE Entertainment. According to the company, they have canceled the ongoing contract that Choi Hoon had signed during his debut. Hence, the k-pop idol will be making his exit from both, TO1 and WAKEONE Entertainment. The entertainment company went on to release public notice to make the announcement to the fans.

Through the notice, the company made the information about the cancellation of the exclusive contract public. The company also apologized for causing concern to TO1’s fandom TOgether with the sudden news. Asking fans for their support and not leaving the rest of TO1, WAKEONE Entertainment went on to announce that TO1 will continue to meet you with more mature music and performances. While the fans are said over the news, a lof them have asked for the clarifications and reasons behind the cancelation of Chi Hoon’s contract.

Calling the public notice vague, the fans are still waiting for a statement from Chi Hoon himself.

With TO1’s Chi Hoon Leaving, Fans Are Not Keeping Quiet

Not just the TO1’s fandom, but the fandoms from other k-pop groups who are managed by Wakelift Entertainment like IZ*ONE, fromis_9, Wanna One, and IN2IT have raised their voice. In the last few years, fans have noticed the growing problems between Wakelift Entertainment and its artists. While IZ*ONE and Wanna One disbanded, fromis_9 changed their company and moved to Pledis Entertainment. IN2IT also announced that they’ve left the agency. While Kang Daniel also took Wakelift Entertainment’s co-label to court to terminate his exclusive contract with them. The fans of Kep1er and Bahiyyih have also joined TO1’s fandom as the company has done nothing to fight the idol’s trolls.

Looking at the pattern, k-pop stans are trending ‘Wake One Wake Up’ on social media asking to look into the matter. The fandom thinks that TO1 and especially Chi Hoon have been mistreated. As Chi Hoon had turned 22 not long ago, TO1’s management company did nothing. While there was no birthday post for member Chihoon, they managed to do a bare minimum for Woonggi’s birthday a few days ago. The fandom also pointed out how TO1 altogether has been really inactive ever since their last comeback was in November. The boy group has neither posted anything nor have they done any v-lives for the fans.

A Look At The Former Member of TO1

Choi Chi Hoon made his idol trainee debut with the global idol project also known as TOO (Ten Oriented Orchestra) in 2019. The idol ranked 7 on the survival show. He made his debut in TO1 (TOgether as 1), a 9-member boy group under WAKE ONE Entertainment. Chi Hoon served as the rapper, vocalist, and producer of the group. In February 2022, Chi Hoon announced that he’ll be releasing his 1st mixtape, ‘Cinematography Part 1’. Going by the artist name ‘IAN’, Chi Hoon became the second member from TO1 to release the second ever solo mixtape.

“WAKE ONE WAKE UP” has been trending with over 31.2k tweets now. The TO1 fandom has been sharing stories and pointing out the problems Wakeone Entertainment has caused the boys. One of the fans took to Twitter and shared that TO1’s management had locked the boys in the basement while their fans were waiting for updates. They also went on to share continuous mistreatment of all the kep1er members. 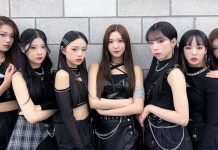