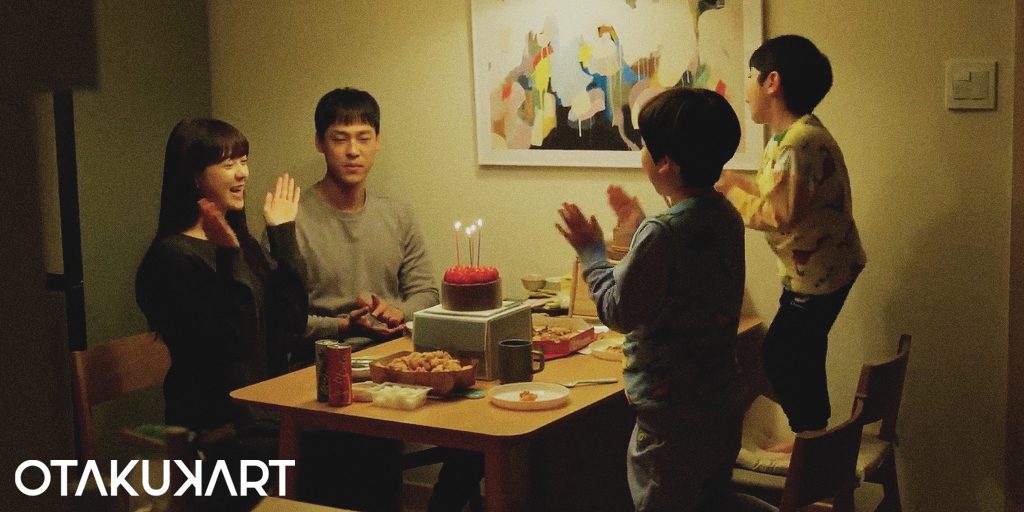 The release of Green Mothers’ Club Episode 10 is only a few days away, and thank god for that! The script of Green Mothers’ Club has been a hot topic among Korean viewers right now, and with good reason. The scriptwriter is moving through heavy topics like the death of one of the main characters (Jin Ha) to a harrowing topic like sexual harassment among children. Viewers can’t help but wonder whether the scriptwriter has a greater goal in mind or whether she is biting off more than she can chew.

One can’t call the script unrealistic either because children do tell lies as the one Yu Bin did without comprehending the gravity of their words, and children like Soo In do get intimidated into doing whatever to hide their adverse household and financial situations when they get threatened to get revealed. Despite their reservations with the audacious script, viewers are very invested in the way the scriptwriter is unfolding the stories of the Sanghwi Dong residents, as evident from the consistently high viewership ratings the show is gathering. Let’s find out the release date and streaming details of Green Mothers’ Club Episode 10 now.

The Fathers of Sanghwi Dong

Yu Bin resorting to vile measures like spreading lies about Dong Seok sexually assaulting is not a surprise when we see the kind of family atmosphere she grows up in. We already know about how her mother, Chun Hui. She can do anything to save her own self down the line. Additionally, her father, Kim Ju Seok, is toxicity personified who tries to get Lee Man Su to do illegal things for him and is not only an absent father but also an unsupportive one. Case in point, when he finds out that Yu Bin didn’t make it in the Geoseong University Program for Gifted Students, he mockingly compared investing money in her education to pouring water in a vase with holes.

On the other hand, we find out that Yoon Joo knew about the kind of relationship Lee Man Soo shared with Chun Hui, and upon finding photos of Chun Hui on his iPad, gets heartbroken and tells him that the only reason she isn’t divorcing him is because of their child. Yoon Joo also has to work part-time in a convenience store because of Man Su’s stingy nature.

Meanwhile, Lee Eun Pyo’s husband, Jung Jae Woong, is like a breath of fresh air which tries to support all of Eun Pyo’s endeavors, despite not having enough time due to his hectic job as a police detective. While he does get worried that Eun Pyo is not over her ex-love Luis, he listens to and empathizes with her when she confesses that the only reason she ever asked Luis why he’d had left her all those years ago for Seo Jin Ha was that she felt like she was being a failure in both her career and her duties as a mother, and those feelings intensified when she saw Jin Ha in the neighborhood.

Of course, the little free time he gets out of office hours, he dedicates to his sons, and when Dong Seok denies doing unspeakable things to Yu Bin, he believes him even when Eun Pyo loses her temper thinking he is not telling the whole truth. What’s more, he also defends Eun Pyo and takes her side when his mother talks smack about her.

Also Read: Where Are ‘The One And Only’ Cast Now?

Meanwhile, it seems like Kim Young Mi is about to open a can of worms when it comes to her husband Oh Gun Woo, as she is growing increasingly terrified of the way he treats his son (whom he locked up in a bathroom with the lights off as a punishment for him getting in his things), and also since she tries to find out the exact nature of Gun Woo and the deceased Jin Ha’s relationship.