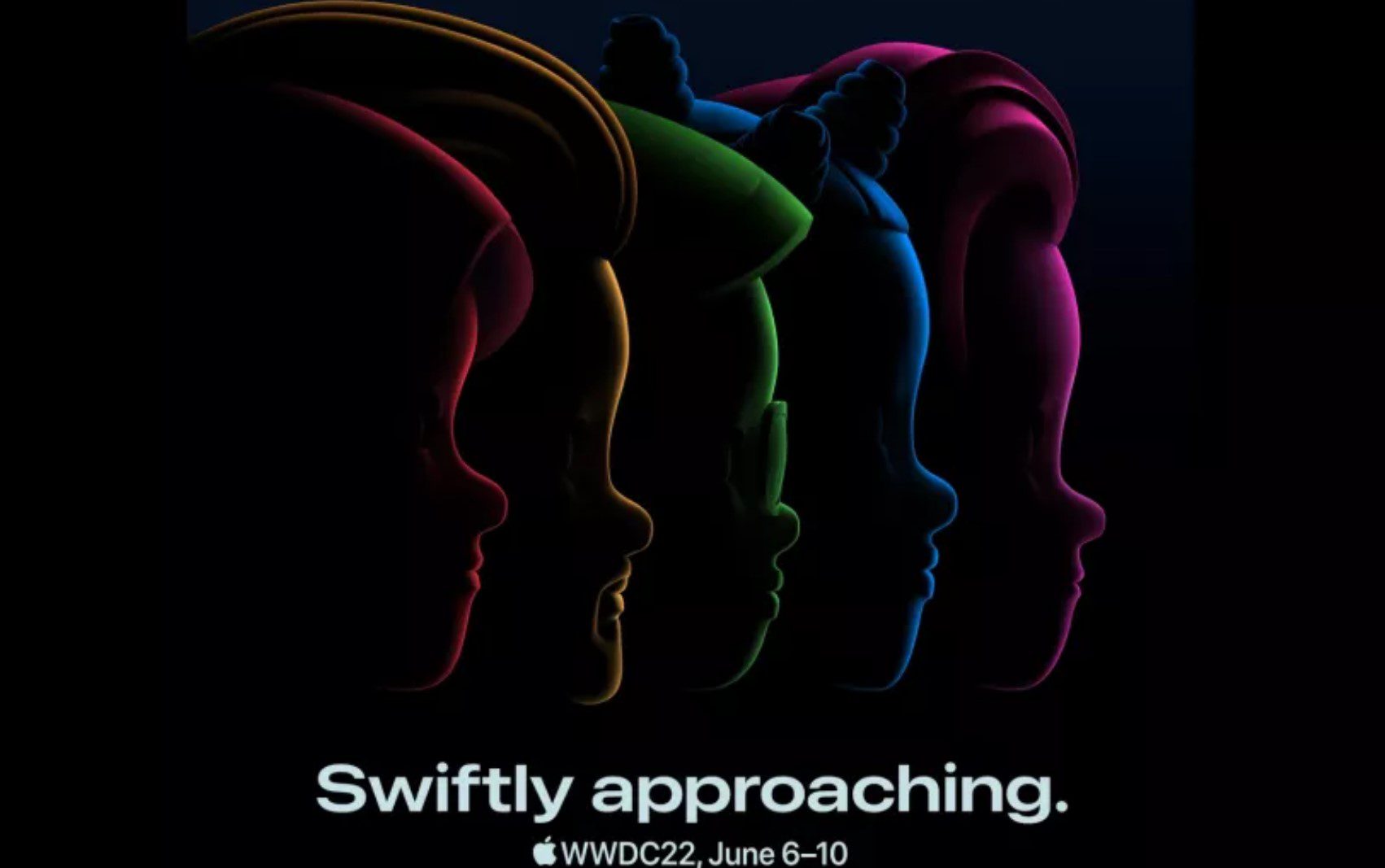 Apple’s WWDC 2022 what to expect? The awaited event is just around the corner, and we can’t wait to see what new announcements Tim Cook and his team have in store. WWDC is always an important event for Apple fans, as it’s where the company unveils its latest software updates and reveals some of its upcoming plans for the future.

This year’s WWDC is particularly significant, as it will be the first time that Cook takes to the stage after the return to normality in a post-covid world. So what should we expect from WWDC 2022? Let’s take a look at the key announcements that are likely to be made. Without further ado, here’s the Apple WWDC 2022 what to expect.

What Is The WWDC?

WWDC is an annual event where Apple developers from all over the world come together to learn about the latest advancements in Apple technology. The week-long conference includes sessions on a variety of topics, as well as hands-on labs where attendees can get practical experience with new software and tools. WWDC is also a great opportunity for developers to network with each other and share ideas. 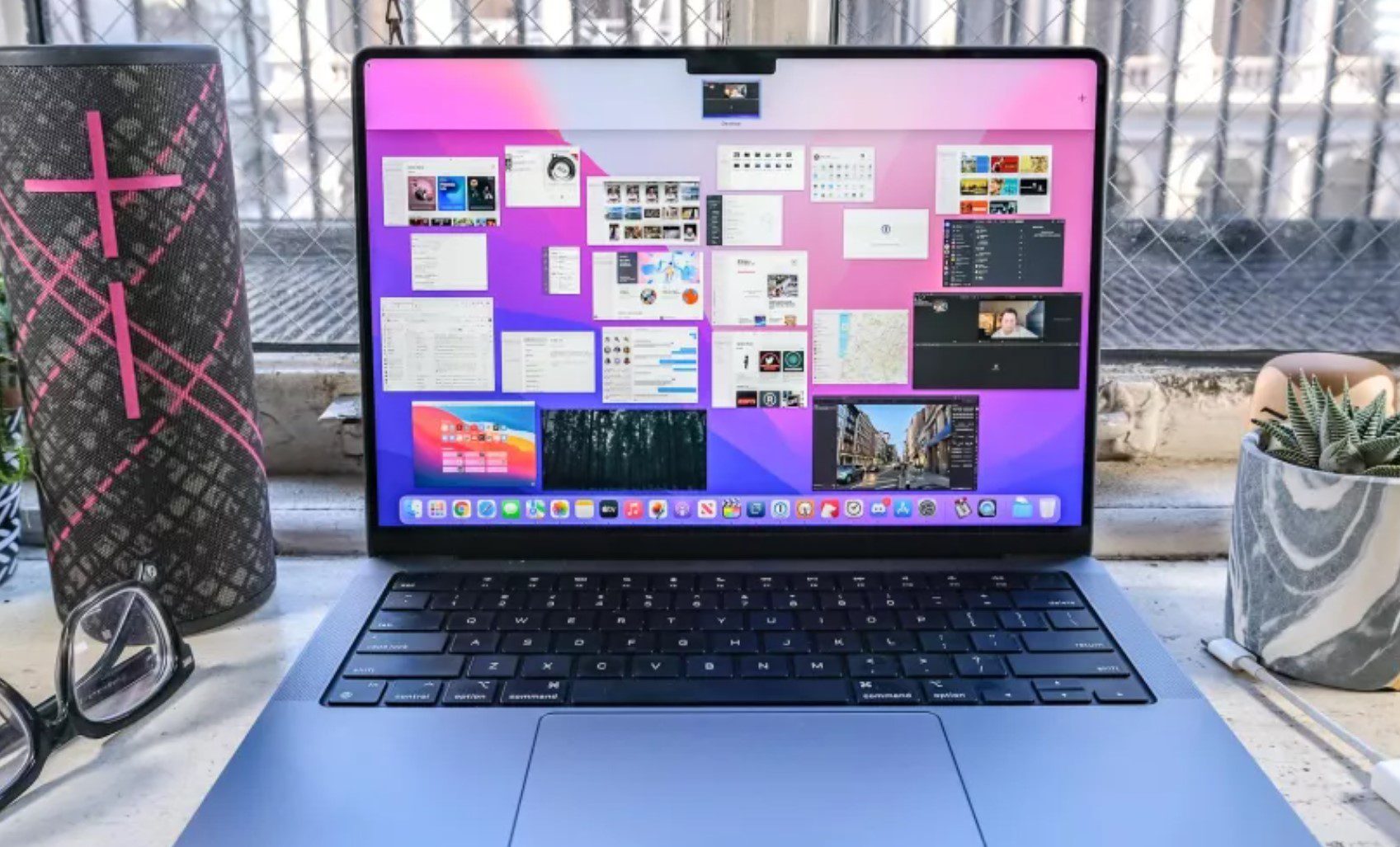 What does Apple have in store?

What Makes The WWDC So Different From Other Apple Events?

One of the things that makes WWDC so special is the fact that it is a purely developer-focused event. Unlike other Apple events, such as the iPhone launch event or WWDC does not include any consumer-facing announcements. This means that WWDC is really the only opportunity for Apple developers to get an insight into what the company has planned for the future. WWDC is also a great opportunity for developers to network with each other and share ideas.

The first day of this conference also includes a keynote in which Apple reveals new features of its services, its applications, and its operating systems. Broadly speaking, the event is a meeting in which Apple helps and guides developers to continue programming their applications for the next twelve months. It is on those days that the Apple Design Awards are also given to the best applications and games on each platform. 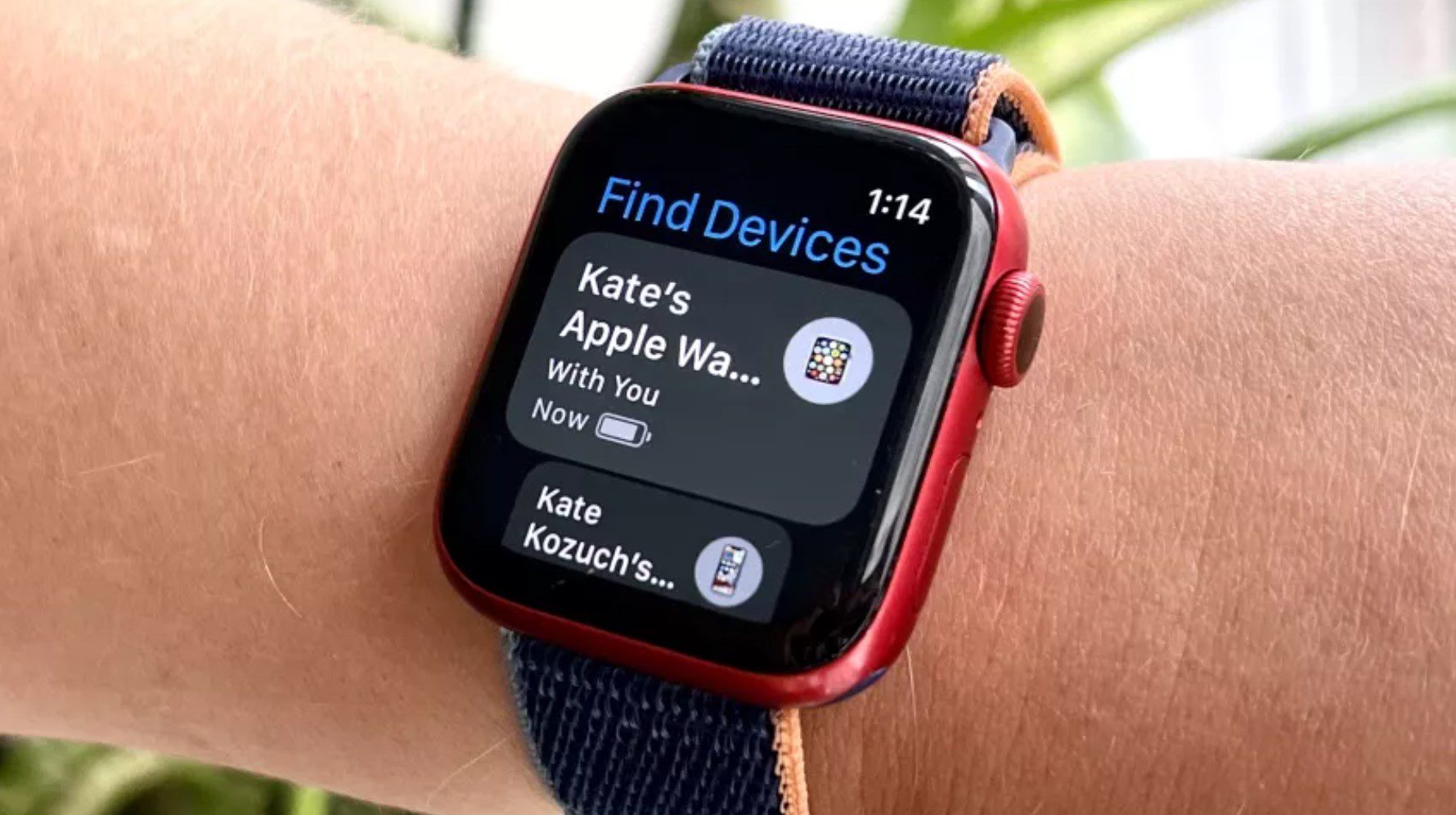 The appointment begins on June 6, the day on which there will be a keynote, and developers will enjoy sessions with Apple engineers until the 10th. Everything will be done remotely, so it will be completely free for all those interested.

The pandemic exception will be a very limited gathering of developers at Apple Park, with all necessary health measures in place. In that meeting, you can stream live the keynote of the first day and the subsequent “State of the Union event”, in which the situation of all Apple platforms is compiled from the experts. Tickets for this event have been drawn through a lottery, and the lucky ones already have their pass. Alternatively, there are developers who are organizing their own meetups.

Also Read: Everything Coming To Apple TV+ In May 2022

Apple announced in April that WWDC will take place in early June, with the activity running from June 6 to June 10, 2022. Due to the ongoing global health crisis, the 33rd Worldwide Developers Conference will again be an online event with no physical gathering. WWDC 2020 and WWDC 2021 were both digitally held for the same rationale, and the 2022 activity will follow the same format as the previous two years.

The developer’s conference 2022 will be a free event for all the major developers, and because it will be an online event, developers from all over the world will be able to attend in order to obtain entry to future versions of iOS, watchOS, iPadOS, tvOS, and macOS as well as interacting with Apple engineers via engineering sessions, personalized lab consultations, and the Apple Developer Forums.

Apple is also planning a live event for some developers and students to watch the WWDC keynote video at the Apple Park campus in Cupertino, California. Developers and shall be able to apply for this invitation-only event. Apple is also hosting a Swift Student Challenge this year, with WWDC 2022 swag as a prize.

Apple hosts a Swift Student Challenge at each WWDC event, which is a coding challenge that requires students to create a Swift Playgrounds 4 project on a topic of their choice. Students who won the Swift Student Challenge in previous years received an invitation to the in-person WWDC event, but this year’s victors will obtain WWDC 2022 jackets, a personalized WWDC 2022 pin set, and a one-year member status in the Apple Developer Program. The submission deadline was April 24 at 11:59 p.m. Pacific Time. And winners were announced by the end of the day on May 24. More information about the challenge can be found on Apple’s developer website. 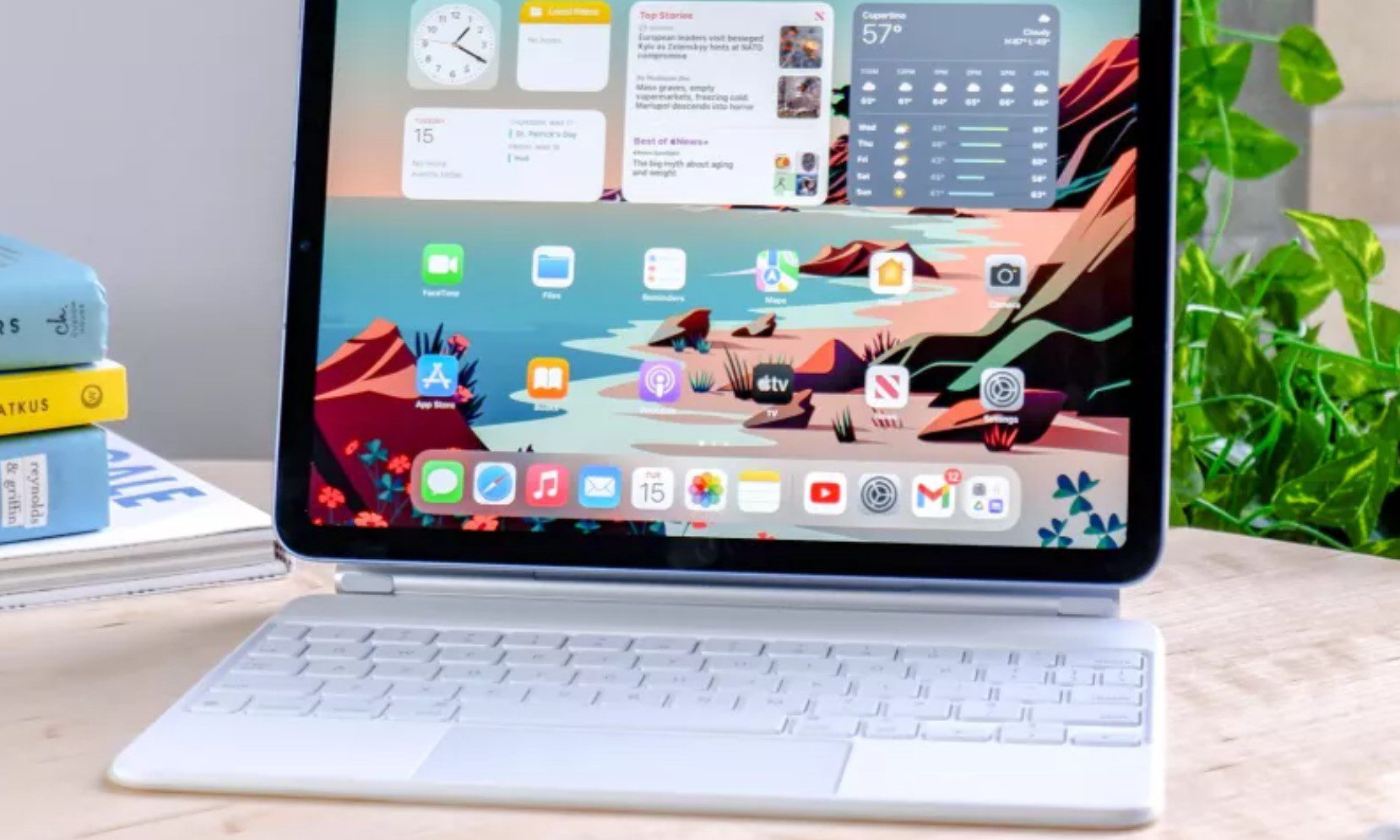 As in every WWDC, the main novelties that will be shown will be the new versions of Apple’s operating systems: iOS 16, iPadOS 16, macOS 13, tvOS 16, and watchOS 9, as well as probable new features in the HomePod and AirPods software. . Little is known about iOS 16, although improvements in widgets and the end of support for the original iPhone SE and iPhone 6s are rumored. Furthermore, we might see important advances in notifications.

iPadOS 16 should go a little deeper into using it with a keyboard and mouse (there’s a very widespread rumor about it called Apple Mixer that may not come until 2023), and there’s no trace to digress on what it may bring us. the successor to macOS Monterey. As for watchOS 9, it will depend on the news that the Apple Watch Series 8 may bring at the end of summer. About tvOS, nobody has dared to leak details, but its news will be closely linked to any news that there is in services such as Apple TV + or Apple Fitness +.

There is a very slight, unlikely, but very slight possibility of seeing a new operating system intended for virtual/augmented reality headsets or goggles. Could it be the so-called ‘rOS’? Some internet pundits are claiming that Cupertino wanted to present a device that would run it at the event but that it has ultimately been pushed back to later in a year or in 2023.

Something that does catch my attention is the image of the WWDC 2022, which you can see in the header photo. It’s very dark, but you can make out the Swift logo, so perhaps Apple is preparing important developments in its programming language. Will there finally be the gesture of bringing the code environment to the iPad to compile executables from there? It’s all for grabs. We’ll have to wait and see. 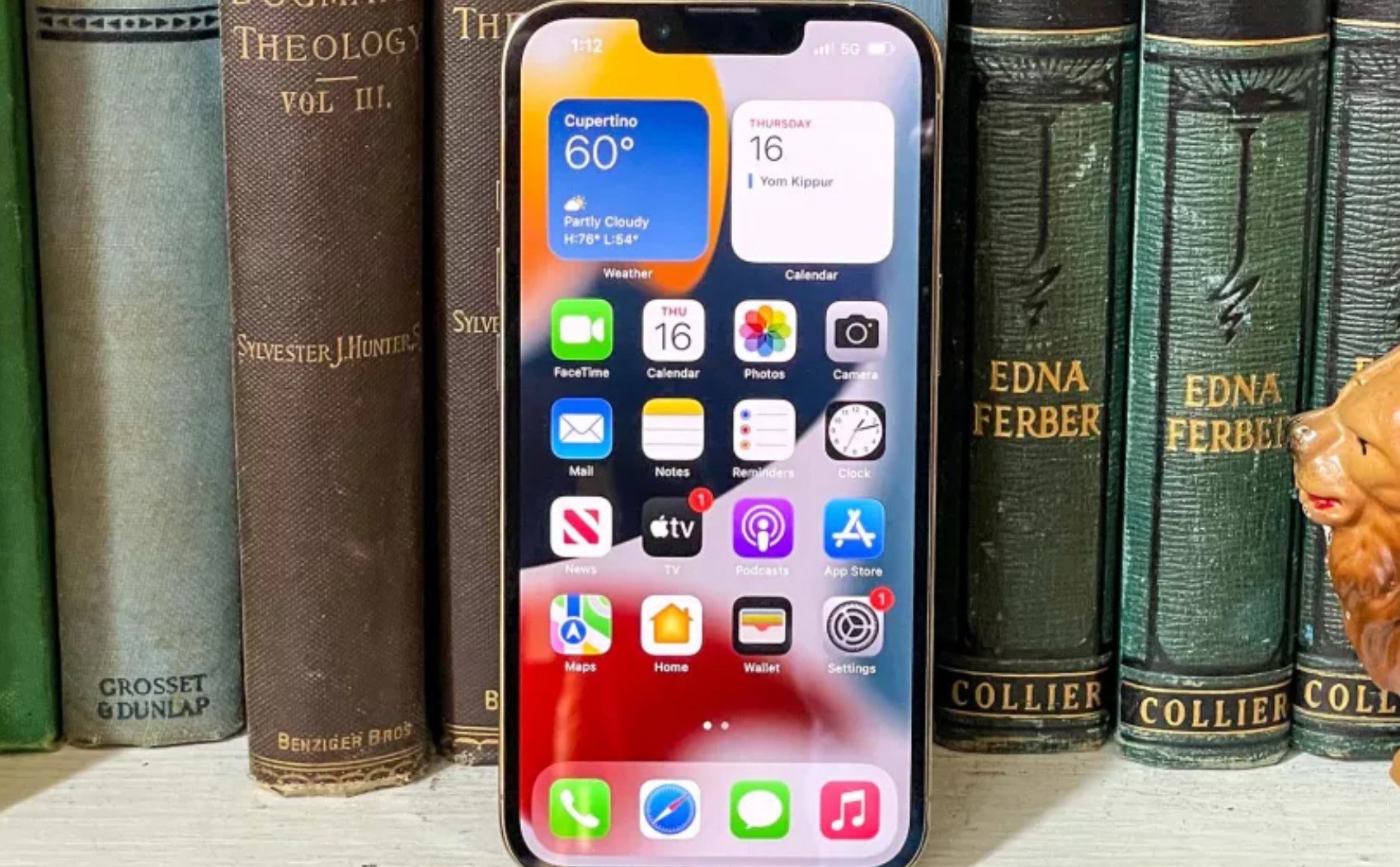 What changes will iOS 16 bring?

Let’s talk about interface modifications. Firstly, there are rumors that at least one iPhone will have a hole-punch display design rather than a notch, which will necessitate interface necessary amendments to the area around the status bar, and there are also rumors about car crash tracking and emergency satellite features.

Secondly, we must cover the notifications. Apparently, iOS 16 will bring “significant” positive changes to notifications, though no details are available at this time. Thirdly, the “Health App”, Apple intends to release an updated version of the Health app, which will include enhanced sleep tracking and medication management features. Apple is working on a medicine management app that will allow users to scan pill bottles into the app, but the initial version is unlikely to include all of the planned features and functions. The Health app will also receive new women’s health features.

Apple is working on many online platforms that will be integrated into iOS and will most likely be released alongside iOS 16. Customers will be able to pay for Apple Pay purchases in installments over time with a buy now, pay later feature, similar to pay later services like Klarna. Buy now, pay later is set to debut in 2022.

It is not usual, but Apple can also take the opportunity to present a product during the WWDC. In fact, it is a good time to attract the attention of developers with a powerful computer specially designed to demonstrate the power of its chips, thus justifying the development of applications and services on its platform. The most recent rumors say that we will see two new Macs.

Not in vain has the Mac Pro been talked about, at least in the form of a sneak peek, for more than one WWDC. This year may be a good time to present what will be the future Mac Pro with Apple Silicon chips, which should have something based on the M1 Ultra chips. Maybe it’s also a good time for big-screen iMacs, whether they carry the word ‘Pro’ or not. There is room for surprises here.