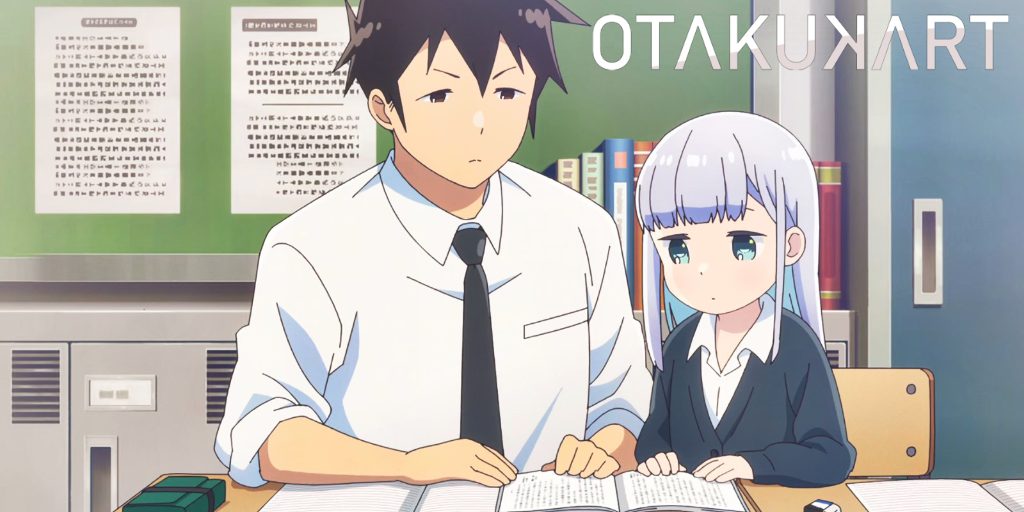 The last episode ended with an amazing twist! And now, we need to know how things will end up now in Aharen Is Indecipherable Episode 10. This anime did not fail to make us smile in every episode. Raido’s failed attempt to understand Aharen is everything Aharen needed in her life. Nobody bothered to neither understand nor stay with Aharen before. But, Raido, even though he doesn’t understand Aharen, stays with Aharen whenever she needed him.

Even though Raido fails to understand her, his efforts always matter to Aharen. Not that Aharen could see him fail. She always looks the part that Raido is always there for her. This much wholesomeness! Just like Toubaru sensei, our blood esteem level is rising very high. Now, what little Ren asked Raido is what we are looking forward to watching in the upcoming Episode 10 of Aharen Is Indecipherable.

We can’t just look forward to watching the next episode without knowing when it will release. For that, we are here to provide you with the date and time to look forward to. The date of when Aharen Is Indecipherable Episode 10 will be released. So, without wasting any more precious moments, let’s get started.

Who knew Raido, who never showed any emotion, was capable of showing such kind of emotions when he was sick. That is one of Raido’s sides we never knew of before. Everyone, including us, was startled when we saw the look on Raido’s face when he was sick. Well, who falls sick like that. The entire class must have felt seduced when Raido fell sick. Good thing he recovered quickly. 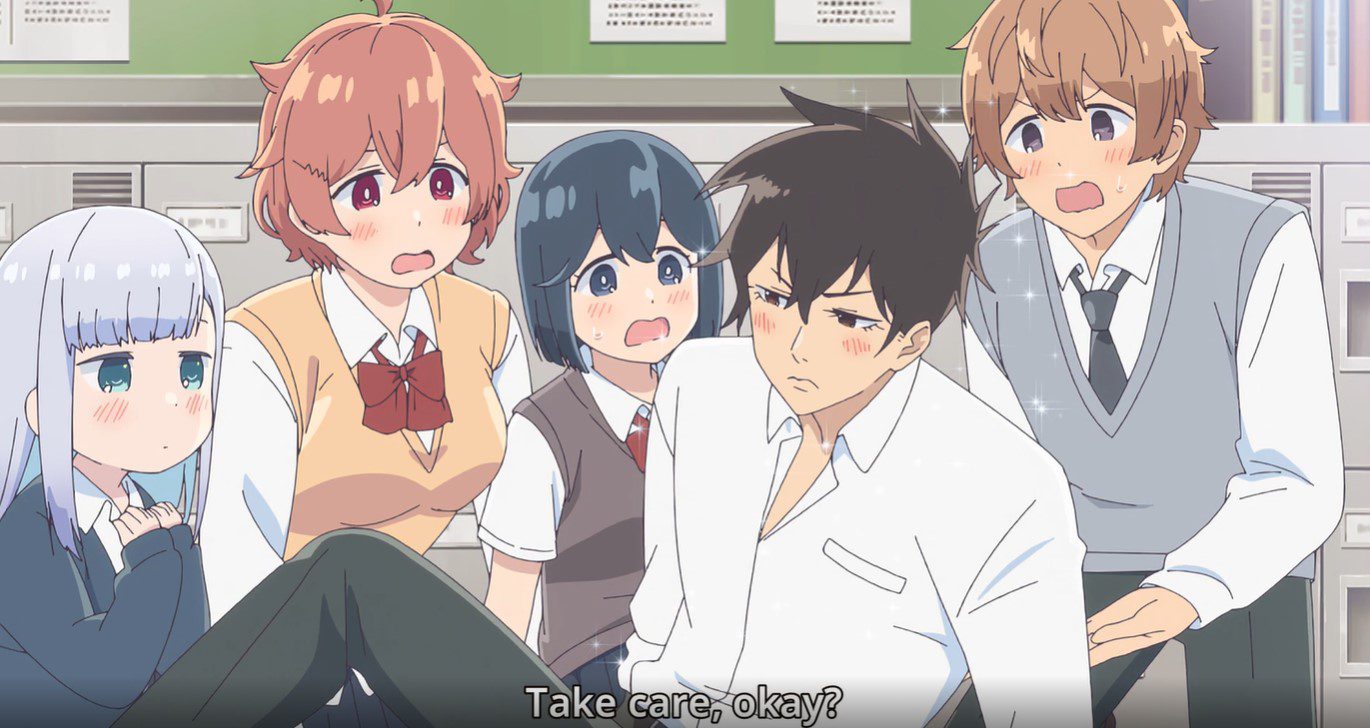 But, Aharen fell sick next, this time. Believe it or not, we were hoping to see some hidden side of Aharen as well. But, nope. When Raido was on his way to Aharen, he ended up meeting someone who looked like  Aharen. At first, he thought she was Aharen from the future. But we all know how bad Raido is at guessing. Soon, he found out that the person who looked like a bit bigger version of Aharen was her younger sister, Eru. Raido soon ends up meeting the Aharen siblings. Eru cares for her sister a lot. That’s why she got eager to understand what kind of relationship Aharen and Raido share. But, talking to the little brother, she finds out, Ren completely approves of Raido dating Aharen if they were to. 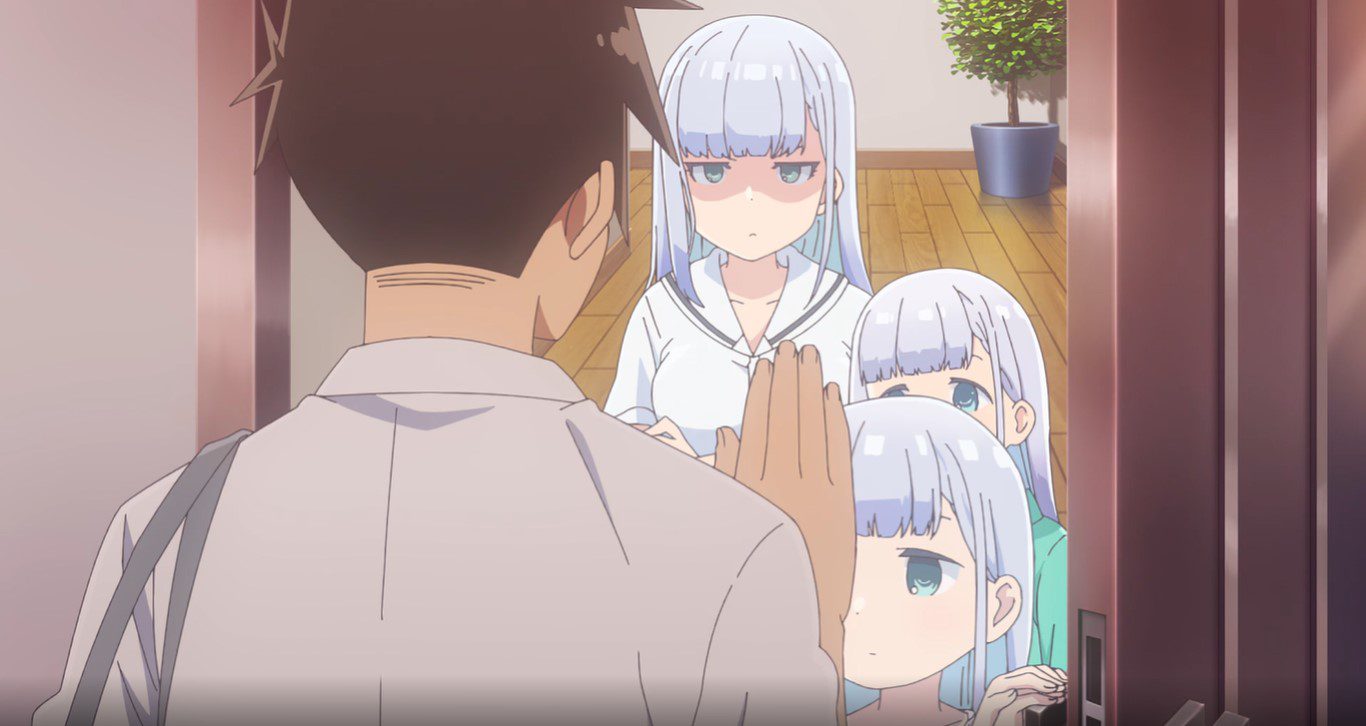 The next day, while shopping, Ren coincidentally meets Raido. And in the end, he did ask Raido if they are boyfriend and girlfriend. At the same time, Aharen arrives. To avoid confusion, Raido decides to call Aharen by her first name, Reina. And we know the rule of using the first name in Japan, don’t we? We saw the blushing side of Aharen, which was priceless.

Also Read: Skeleton Knight In Another World Episode 9: The Capital In Chaos

What To Expect In Aharen Is Indecipherable Episode 10?

The title of the upcoming 10th episode says, “We’re Camping, Huh?”. What else can we expect now? Of course, there will be camping. And we do expect to see Raido and Aharen get closer. Ren already wants to see them dating, and so do we. And we already saw Aharen blushing when she was holding hands with Raido during the festival and while Raido called her by her first name.

Aharen sure has feelings for her. But what about Raido? He has to. He better not break Aharen’s little heart, or we are going to break his neck. Kidding! Raido may be slow, but he’ll get there. But, for now, we are eager to watch what happens next in Aharen Is Indecipherable Episode 10. 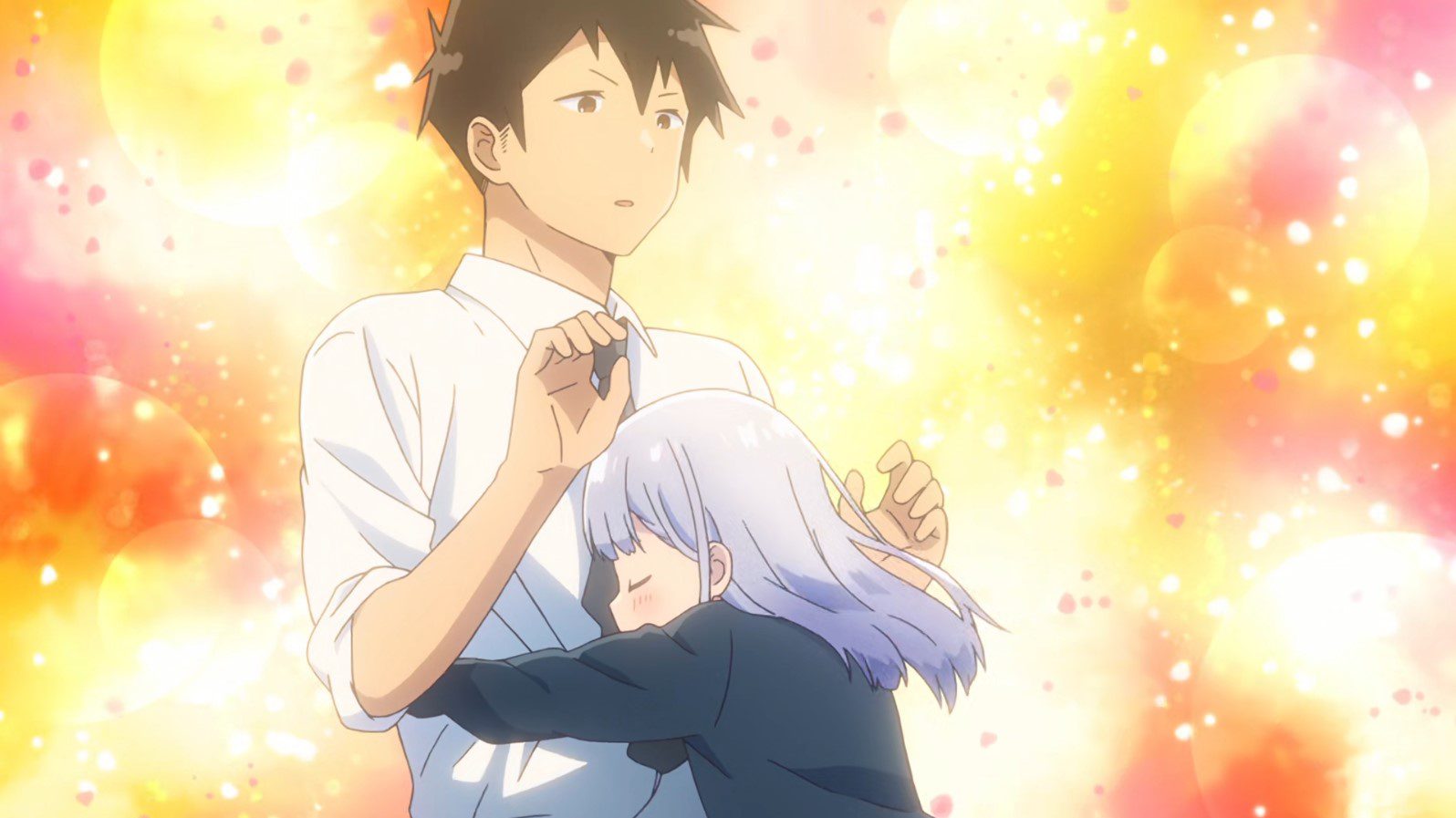 Aharen Has Feelings For Raido?

Now, let’s find out which time Episode 10 will be available to us too. The Japanese fans will get to watch the 10th episode of Aharen Is Indecipherable at 02:25 hrs Japanese Standard Time (JST). The US fans will get to watch this episode at 10:25 hrs Pacific Time (PT)/ 12:25 hrs Central Time (CT)/ 13:25 hrs Eastern Time (ET). And, for the Indian fans, Aharen Is Indecipherable Episode 10 will be available at 22:55 hrs Indian Standard Time (IST). 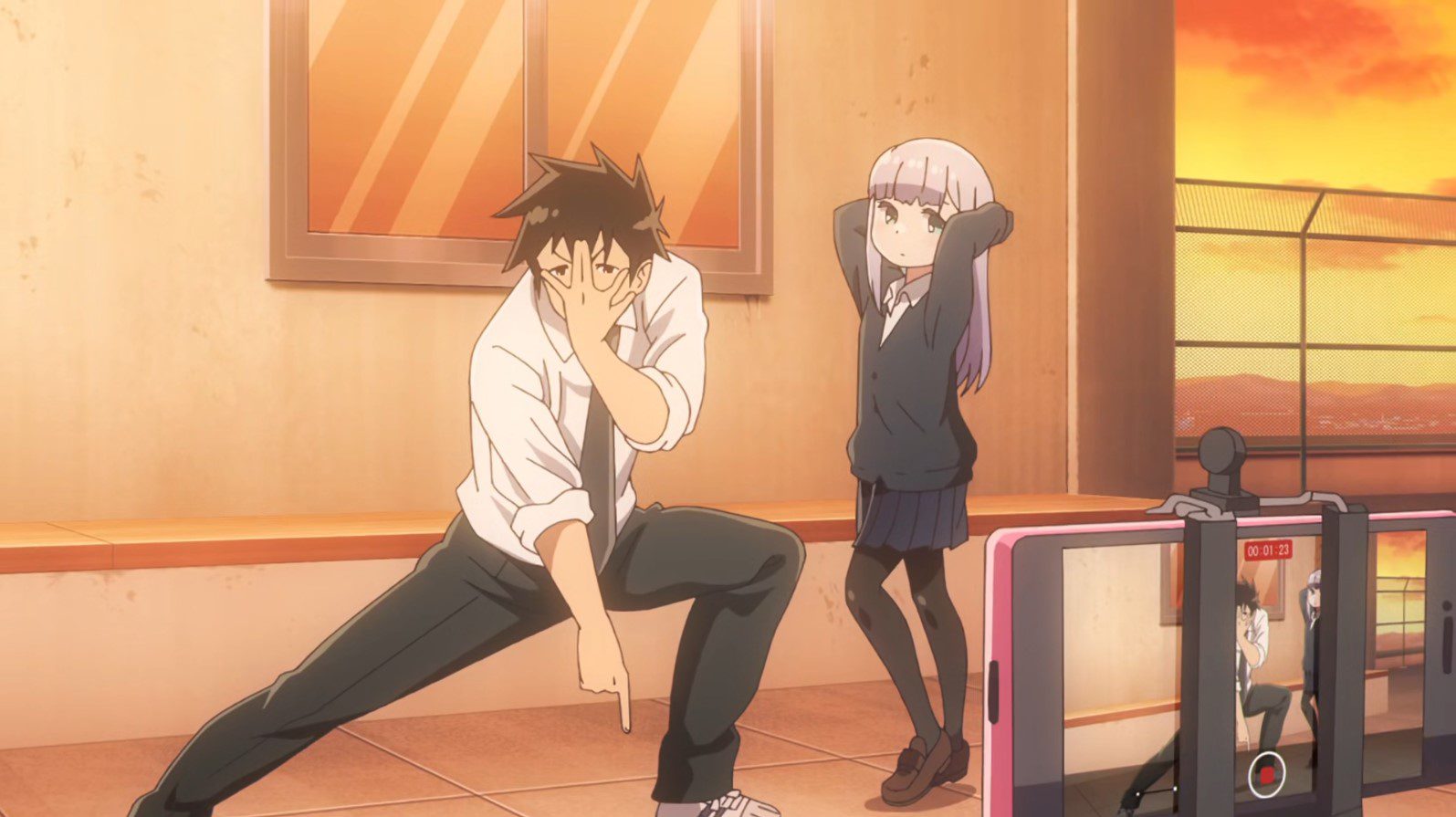 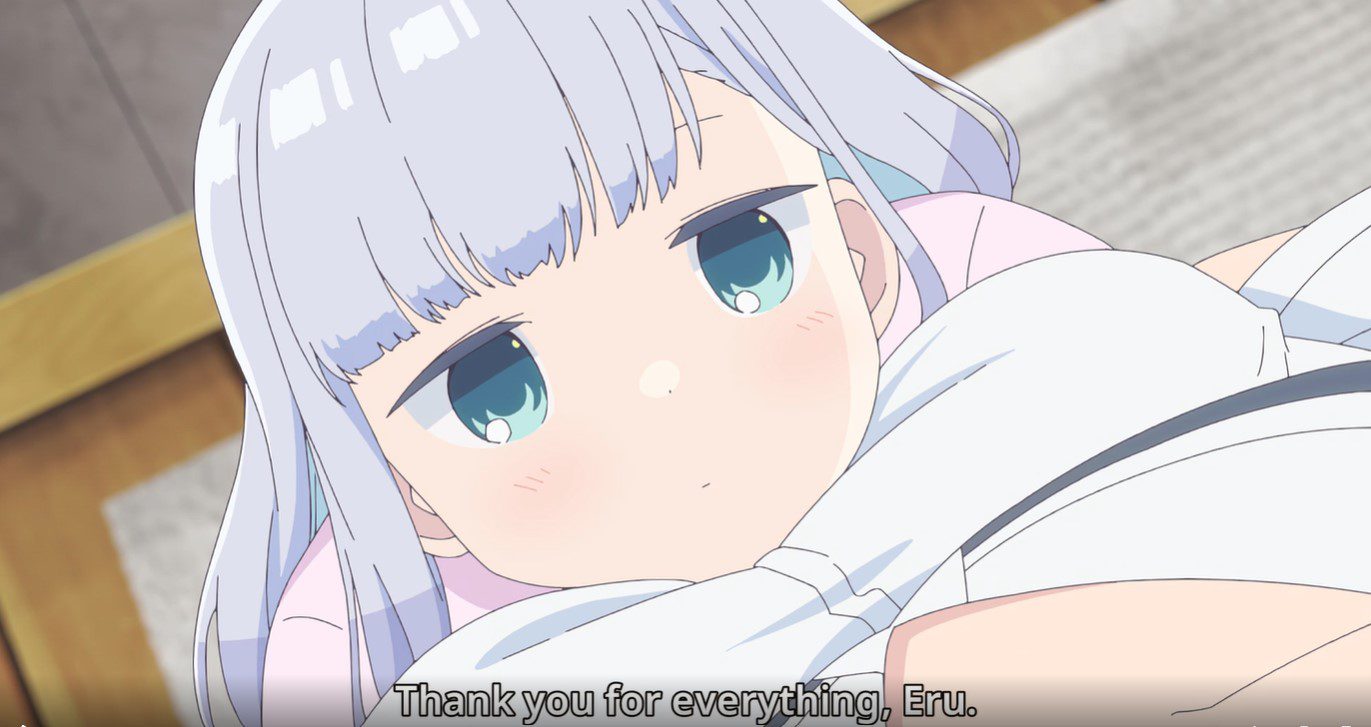 Where To Watch “Aharen Is Indecipherable” Online?

We hope you got the answers you were looking for. Let us know which anime you want us to cover next. And, for further updates on Aharen Is Indecipherable, stay connected with OtakuKart.