Jack Draper’s girlfriend became the talk of the town after the star player was knocked out from the Wimbledon cup. Katie Boulter’s boyfriend Alex De Minaur beats the layer in their recent match. The British professional tennis star has managed to claim some victories in the ongoing Wimbledon cup before being knocked off by Alex. Jack Draper is a professional tennis player who is into sports since his childhood. He is just 20 and has earned direct entry to the 2022 Wimbledon Championships. This seems to be very lucky for the star as he has managed to claim a few ATP titles and now has also impressed his fans with his performance in the 2022 Wimbledon Championships.

He won his first grand slam match defeating Belgian tennis star Zizou Bergs. Before this, he made a wildcard entry at Eastbourne. Jack defeated Jenson Brooksby. Luckily, he reached the first ATP semifinal of his career. He is going smooth with the matches and is doing fabulous work on the court. However, other than his professional life, Jack Draper’s personal has also been the talk of the town. Here in the article, we will talk about Jack Draper’s girlfriend. Let’s delve into the article and find out who is he dating now in 2022!

Also Read: Luke Rockhold’s Dating History: Everything That We Know About His Ex-Girlfriends!

Jack Draper is very young now. He was born on 22 December 2001 in Sutton, London UK. His father’s name is Roger Draper, who is a former Sport England Chief executive while his mother Nicky Draper is a junior British Tennis champion. His father was also a member of the Lawn Tennis Association. He was born into a family that is pretty much into the tennis world. This is one of the major reasons, he get into tennis and made his career in it. 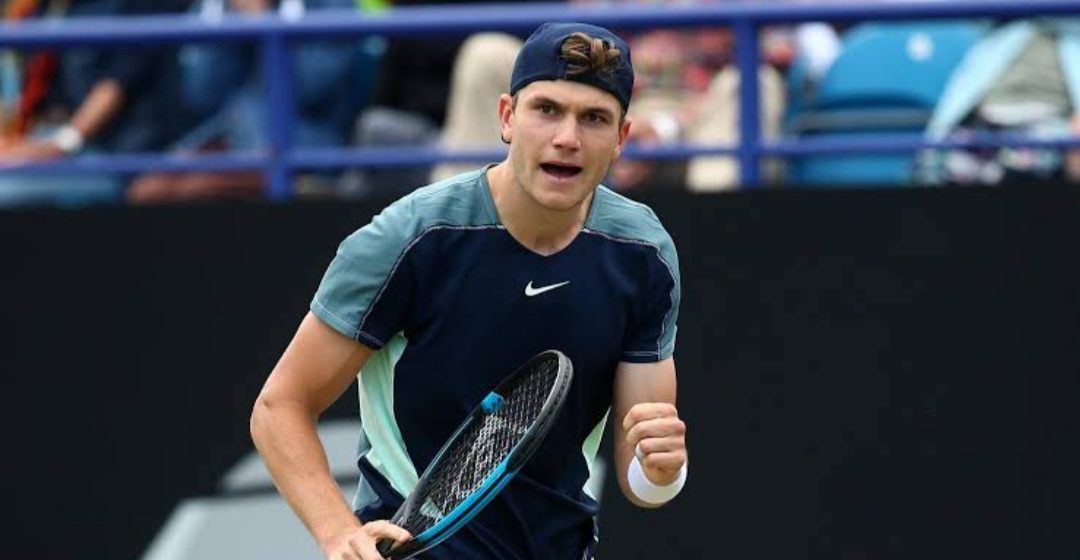 If we talk about his education, Jack has done his schooling at Parkside School in Stoke d’Abernon, Cobham. He was coached by Justin Sherring from the age of four to eleven. Then for the next two years, he attended Reed’s School, Cobham. He has a successful career at the junior level. In 2018, Jack reached the Wimbledon Championships. This was his only grand slam. However, he lost the final to Tseng Chun-Hsin in 3 sets. In 2021, he made his ATP debut with a wildcard entry in the Miami Open. Sadly he collapsed at the court because of heart illness.  The following year, he made his comeback and defeated work number 23 at Queen’s Club Championships in June 2021. Although he has not claimed any title yet, Jack Draper’s ranking is 94 as listed on 24 June 2022. Next, in the article, we will talk about Jack Draper’s girlfriend.

Also Read: Who Is Niki Demar’s Boyfriend? Is She Dating Nate West?

Who is Jack Draper’s Girlfriend?

Jack Draper is reportedly single now in 2022. He is not dating anyone. The budding star is very much focused on his career and works hard to craft and draft his career. Although, fans speculated that he might be seeing someone in private and keeping it away from the media. Well, it might be possible he is dating someone in private but just keeping it under wraps. But whatsoever be the case, Jake Draper never drops a single piece of headlines about his personal life in public. Also, the star is quite new to fame, certainly, there is not much information available about him. Hopefully, in the coming future, we will meet Jack Draper’s girlfriend.

Who has Jack Draper dated in the past?

As I already mentioned above, Jack Draper is new to fame, there is not much information available about his dating life. Indeed, fans are interested in knowing the dating history of the star, but he has not linked up with any celebrities till now to make the juicy headline for the newspaper. Nonetheless, it does mean he has never been in a relationship. He might have dated someone in the past, but there is no information about the same. Moreover, the star is also pretty private about his personal life. He is not very active on any of the social media platforms, resulting in his private life becoming more private.