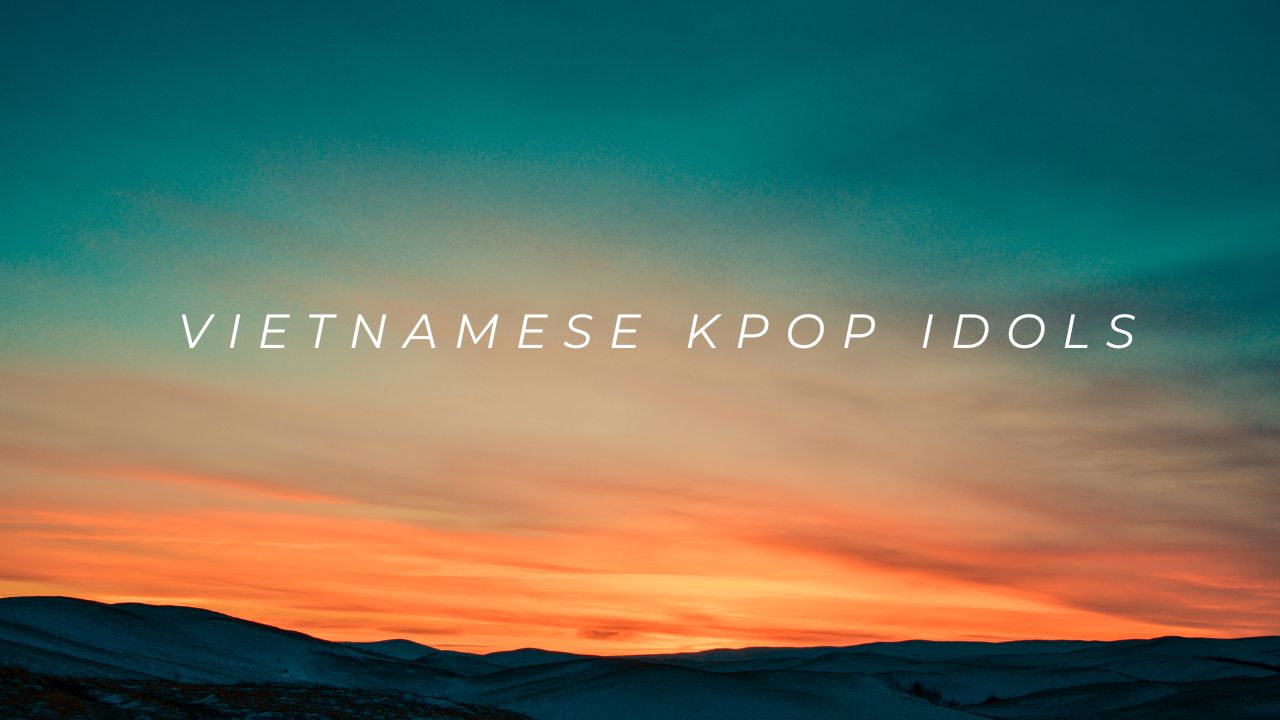 South Korea is now in trend for its K-pop Culture. The K-pop industry is reaching every milestone nowadays. The industry came into view when the famous K-pop song Gangnam style was published by PSY., and all the K-pop idols are the ones who work to their blood, sweat, and tears to make the best songs and deliver them to their fans.

All K-pop artists are not only from South Korea. There are K-pop idols who are from Japan, China, Thailand, Australia, India, Vietnam, and other Countries too. In Vietnam, they have their own Pop Culture known as V-pop, but the industry is not as popular as the K-pop industry. But Some Vietnamese singers and Dancers have made their way into the K-pop industry and achieved their goals.

Here we have listed all the Vietnamese K-pop idols in the industry till now. You will find the names who are currently active also who are not. Read the article and find out the names. And don’t forget to comment down if you know any of them or have been following.

Z.M.C. has a boy band called Z-Boys. 7 members of the group made their debut. When Z.M.C. closed in February 2020, they relocated to Divtone Group. Currently, they are made up of Mavin, Roy, Josh, and Gai. all the members of the group are from different countries in Asia. Roy was born in Vietnam. 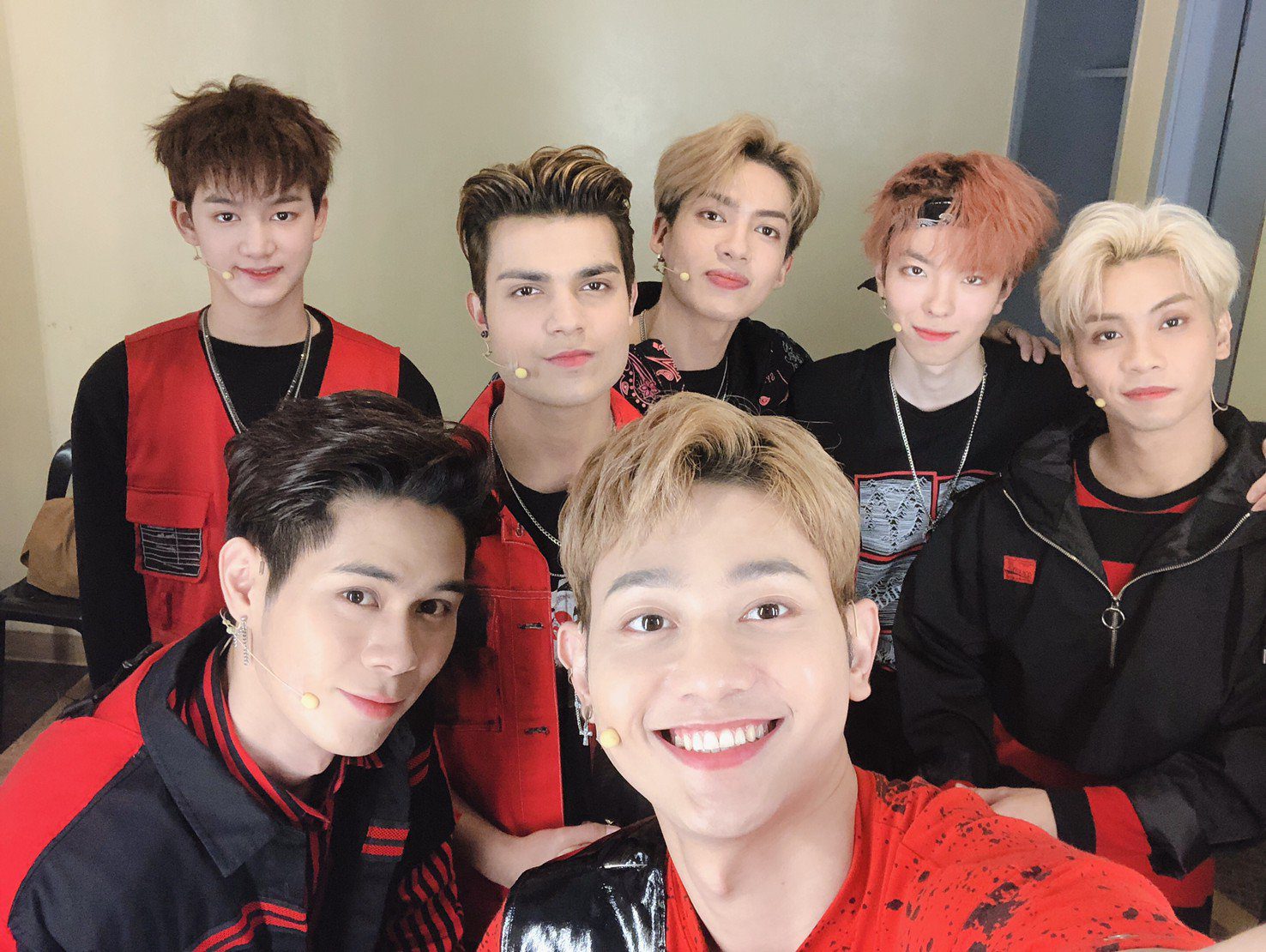 he was revealed as a member of the group on January 15, 2019, through Twitter. On February 22, 2019, along with Z-Stars, he made his debut in the industry. Their first single was “No Limit.” Indian Z-pop idols Priyanka Mazumdar and Siddhant Arora are also members of the group. And Roy is the only Vietnam member of Z-Stars.

TEMPEST is a boy band with seven members that is part of Yue Hua Entertainment. Hanbin, Hyungseop, Hyuk, Eunchan, Lew, Hwarang, and Taerae are the members of the group. Hanbin is the only member from Vietnam. He started showing interest in singing and dancing at the age of 15. after he passed the audition in Hanoi he became a trainee on July 2019 under Belift Lab.

On June 2, 2021, Belift Lab revealed that Hanbin had left the agency. But later on, it was announced that he had signed the contract with Hua Enternment. He was revealed as the fifth member of the group Tempest On January 3, 2022. They debuted with the album “It’s Me, It’s We” on March 2, 2022. An interesting fact is that he’s the first Vietnamese Kpop Idol under Hua Enternment.

Six international girls make up the BY-U Entertainment group Beauty Box. Rina, Anh, Sara, Gahyun, Jerin, and Sori are the members of the group. Anh is the only Vietnam member of the group. Before becoming a K-pop idol, she was previously a V-pop idol with the stage name  Chérie. 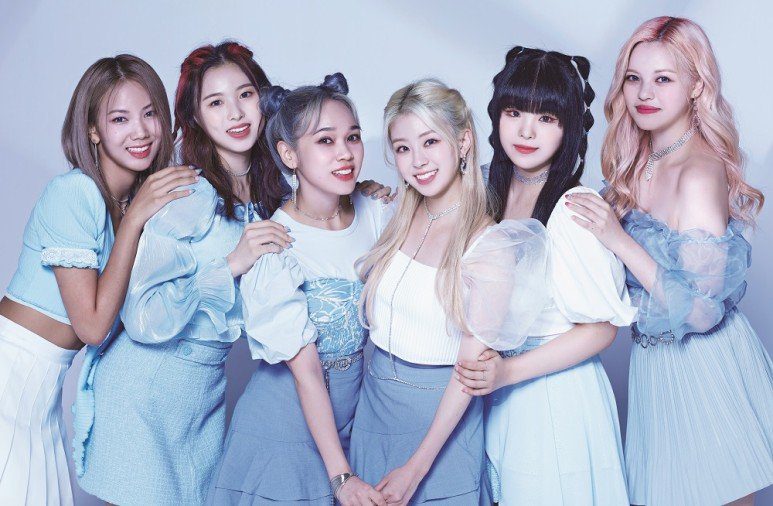 On June 26, 2021, she was revealed as the new member of the girl group Beauty Box. On September 23, they made their debut with the single “Beyond of B.B..” Subsequently, BY-U Entertainment said that Anh would be taking a break for health-related reasons and that the group would be performing and touring with just five members for the time being.

South Korean ballad/R&B trio KISS performed under the J-Entercom banner. Mini, Jini, and Umji were in the starting lineup. They made their public debut on November 26th, 2001, with “Because I’m a Girl.” Hari, who is known by her stage name Mini was the only Vietnam member in the group. 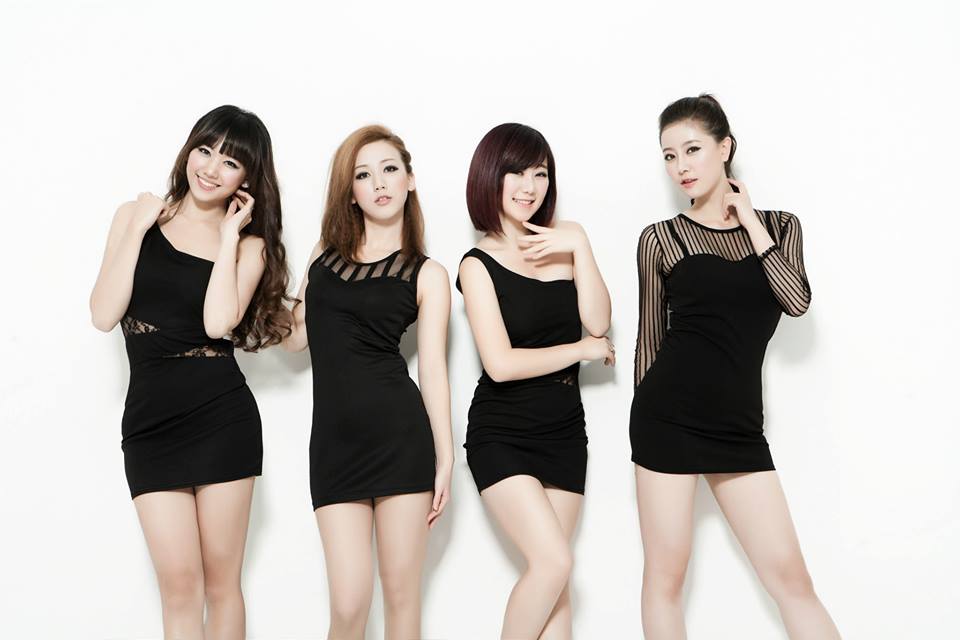 The group disbanded after one year of its formation. The member later revealed that the reason behind the disbandment of the group is one of the members was dating, which was prohibited by the Company. After the group disbanded, Hari started her solo singing career in Vietnam by releasing the MV along with the song for Hương Đêm Bay Xa.

Z-Stars is the girl group under Divtone Entertainment, with three members in total. On February 22, 2019, the group debuted with the track named “What You Waiting For.” The members of the group are Vanya, who is originally from Indonesia, and Priyanka, from India, who is the first K-pop idol from India. And lastly, Queen from Vietnam. 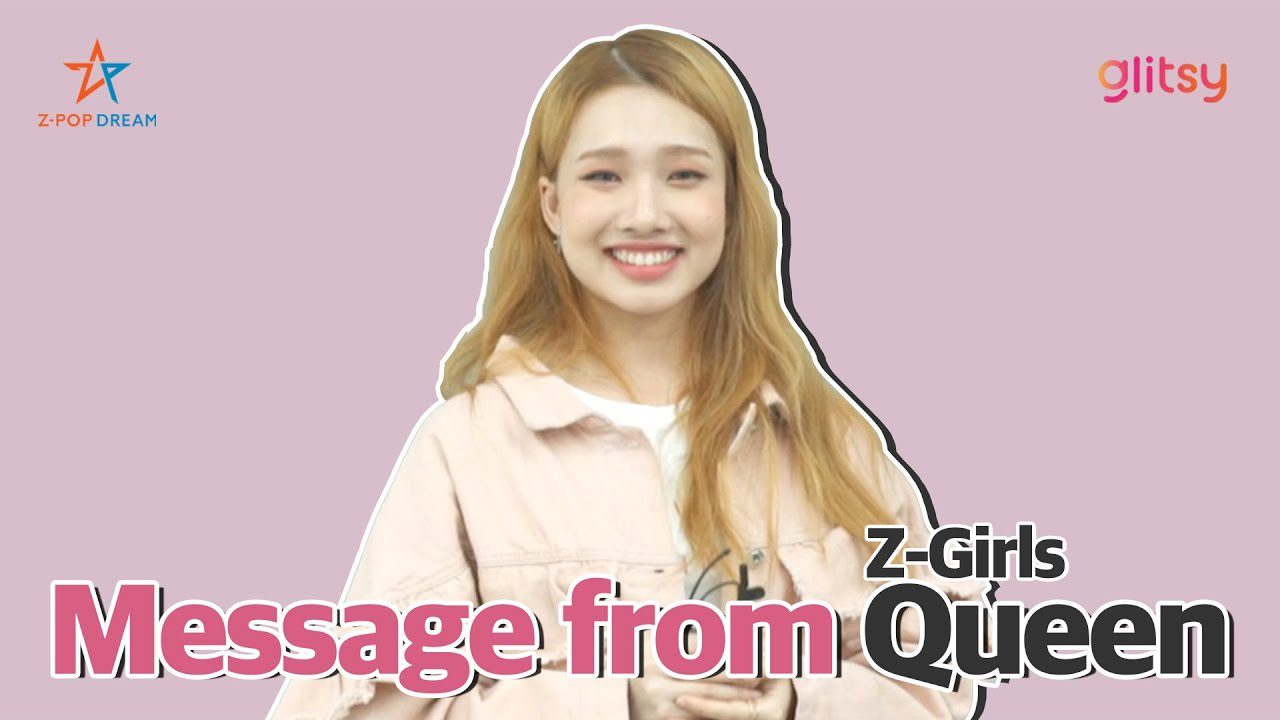 On January 17, 2019, she was revealed as a member of Z-Stars. She is the Main Rapper, Lead Dancer, and Sub Vocalist of the group. The group may not be much active, but their song “Streets of Gold” is pure gold. You should check it out, as this is one of their hit song of all time.

Five girls make up the A.D.O.R. female group NewJeans. Prior to the August 1 release of their first E.P. New Jeans, they made their public debut on July 22, 2022, with the lead track “Attention.” Minji, Hanni, Danielle, Haerin, and Hyein are the members of the group. On July 21, 2022, Hanni debuted on their First track, “Attention.” and he is the only Vietnam member of the group. 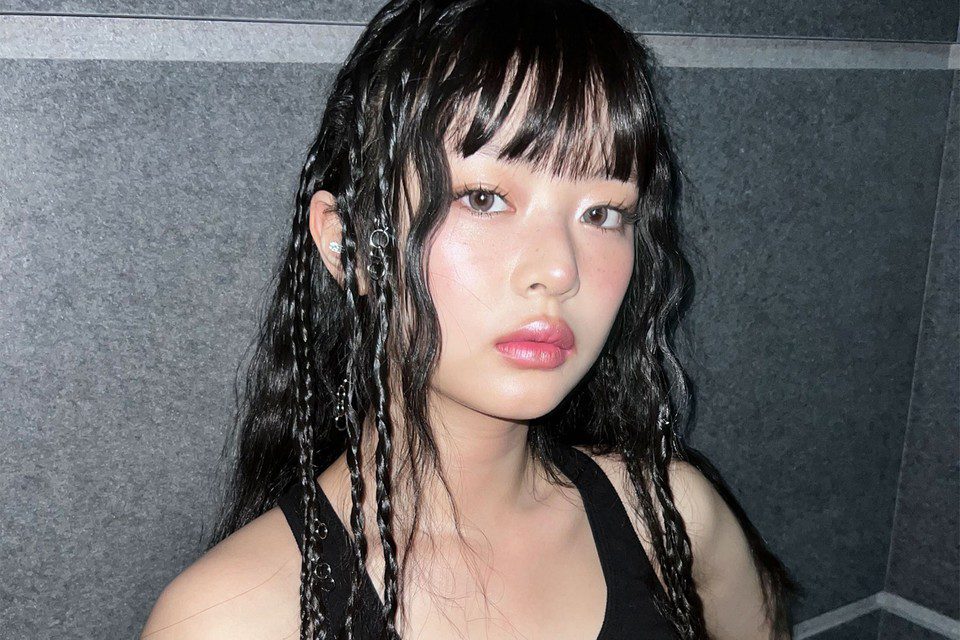 The fun fact is even before becoming a K-pop idol, he had a cameo appearance in B.T.S.’s “Permission to Dance” music video. We didn’t know anything about her before she became an idol. That’s why she was given the nickname “Cherry” by the army when the music video was released.

DK Entertainment’s female group A-Daily made its debut as a group of six on December 3, 2014. With their first song, “If You Don’t Tell Me,” Yunseol, Sena, Ziu, ChaeE, Jade, Diana, Jei, YoungBi, Taeryeong, and NoA are the members of the group. Jade is the only member of the group who is from Vietnam. She is the Vocalist of the group.

She was a member of the group from 2014 to 2015. after that, she terminated her contract with the group. Later on, the group stopped doing activities from 2019 Onward. as the Company hasn’t clarified anything, it is not sure if the group is Disbanded. But many assume that the group is most likely to be disbanded.

D.K. Entertainment’s female group A-Daily made its debut as a group of six on December 3, 2014. With their first song, “If You Don’t Tell Me,” Park Jiin was a member of the group from South Korea. Megumi was from Japan, and Lina was also a group member. Hai’s Birth name was Hoàng Hải Yến, and her stage name was Haiyen was the only one who was from Vietnam. But the group disbanded shortly after one year of its formation.

Also read: 20 K-pop Groups With The Most Members.