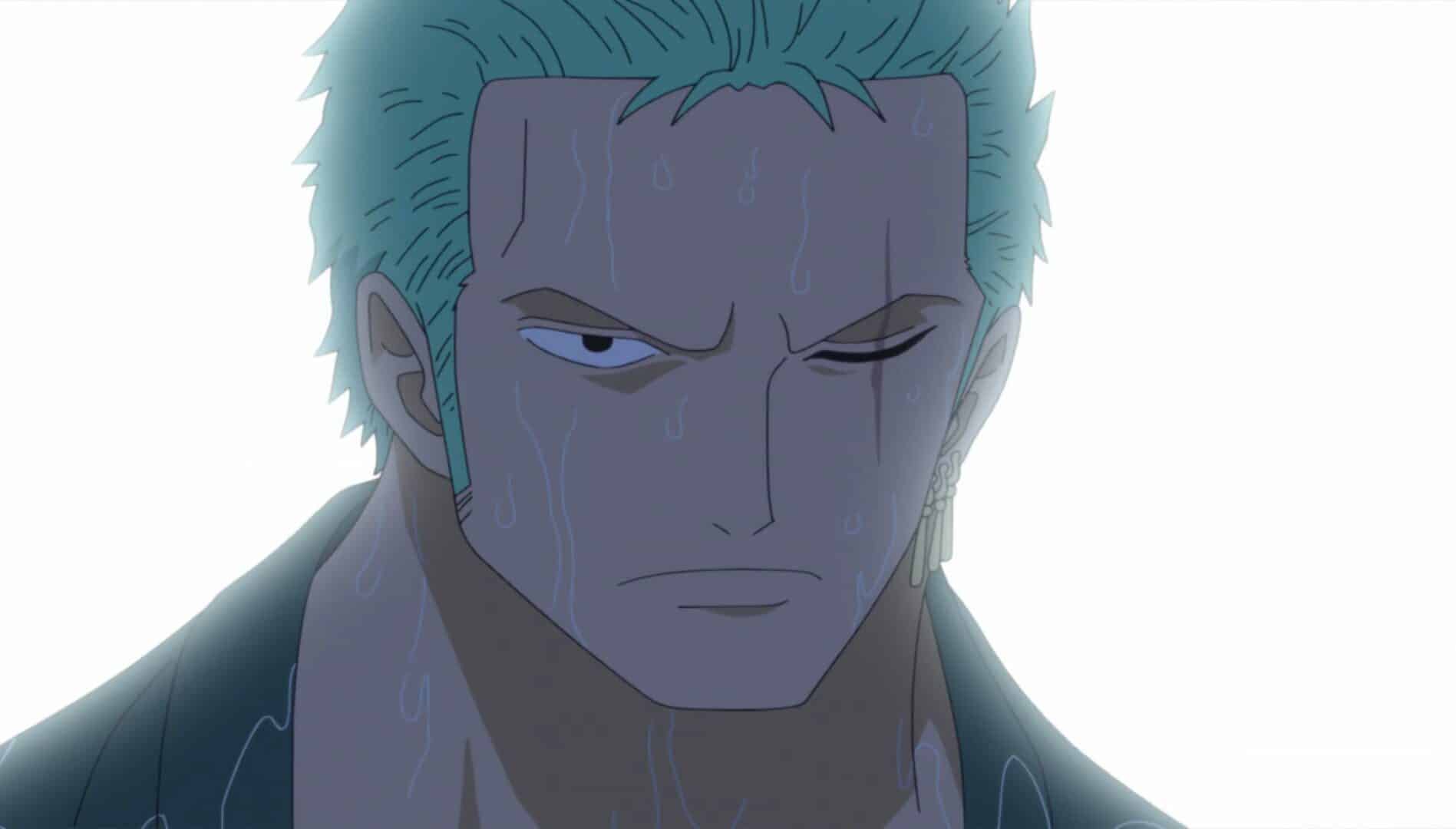 Spoiler Alert! What Episode Does Roronoa Zoro Lose His Eye In One Piece? One of the biggest questions in One Piece is related to Zoro’s eye. One Piece is one of the top-rated and oldest animes, with its first episode released on October 20, 1999. Its manga was first published in the Weekly Shonen Jump in July 1997, more than two years before the adaptation.

Zoro is one of the most prominent characters among the Straw Hats. And also one of the most loved characters in anime history, with one of the largest fanbases. He first appears as a captive of Captain Morgan in Manga’s Chapter 3 and Episode 2 of the anime. Luffy and Kobe save him and ask him to join the team.

All the characters have come a long way, and Zoro is famously known as “Pirate Hunter” Zoro and is one of the most reliable and trusted members of the Straw Hat Grand Fleet. He is loyal to Luffy and probably his best friend after Ace and Sabo, and being the first member of the crew, is also considered Luffy’s right-hand man. Let’s see what happened to his eyes.

What Episode Does Roronoa Zoro Lose His Eye In One Piece?

Zoro first appears after the time skip in Episode 517, “A New Chapter Begins – The Straw Hat Crew Reunites!” and we see his entire face with the scar over his eye in Episode 518, “A Hair-Trigger! Luffy vs. Fake Luffy.” Since there is no record of the time skip, it is difficult to say which ‘episode’ he got the scar. And the fact is, we don’t even know if he has lost his eye since he never talked about it, and neither did anyone ask.

We know from Episode 515, “I Will Be Stronger! Zoro’s Vow to the Captain,” that Mihawk tests Zoro by challenging him to defeat the “human drills,” which Zoro accomplishes. Impressed by his accomplishment, Mihawk agrees to train him, and Zoro leaves with Mihawk. The Straw Hats promise each other to meet after two years when they have become strong.

Zoro hasn’t used his eye after the time skip, forcing fans to believe that something has probably damaged it from the fight that left the scar. However, fans also believe that the eye has a bigger purpose and could play an essential role. And the probability of this being true is very high, given that nothing is disclosed regarding the topic. 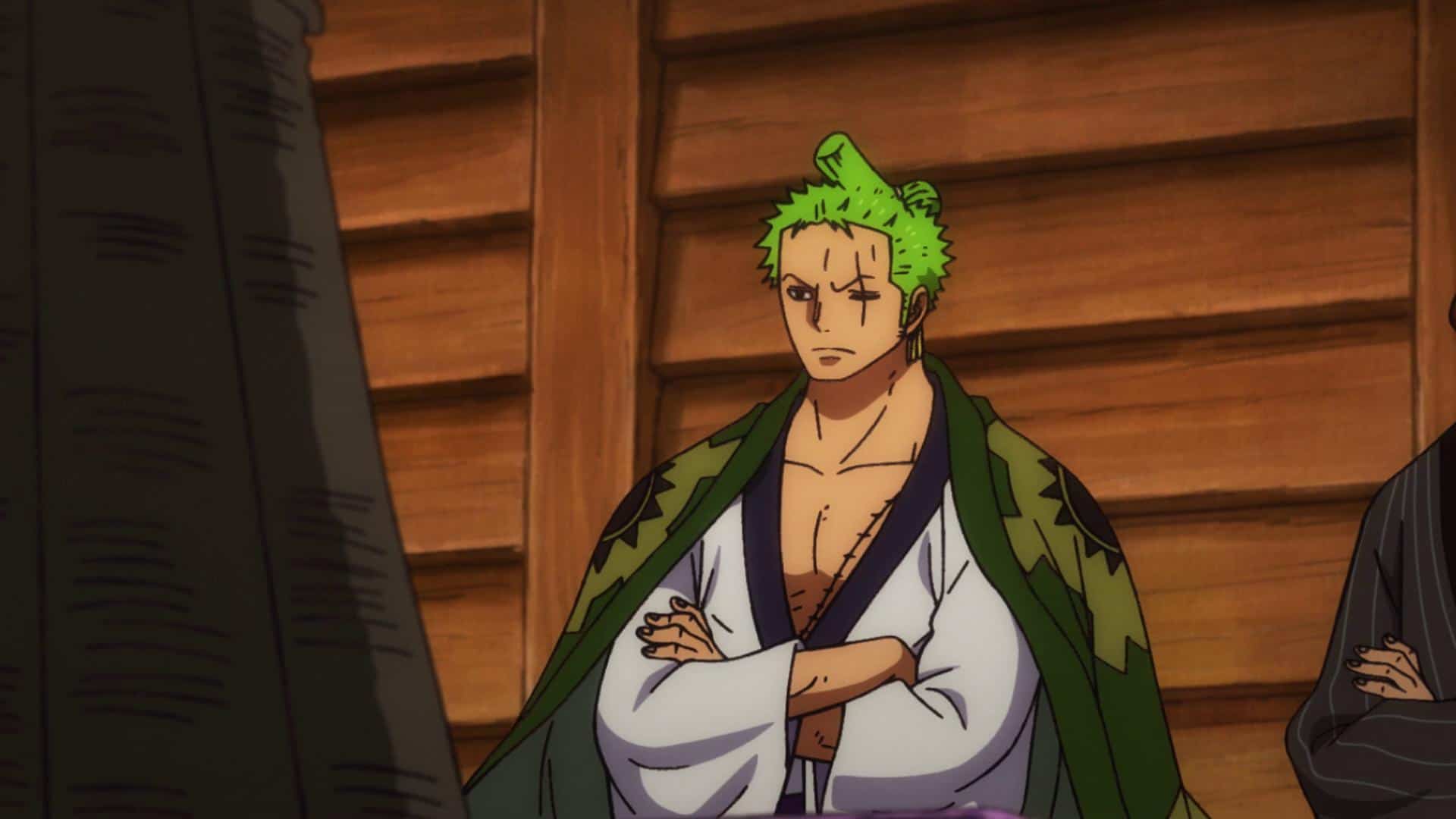 With no update on Zoro’s scar and eye, fans started suggesting their theories, and here are a few of the most relevant ones. And the possible loopholes in the suggestions.

One theory says that Zoro sacrificed his vision to obtain Conqueror Haki, and he activates the Haki using his left eye. It is relevant since we never imagined Zoro obtaining it since it is a possession, not something one can learn. But then again, how did he manage it in the first place?

Whether or not someone has Conqueror Haki is decided right from birth. It might be possible that his power was lying dormant, and he activated it during his training.

Zoro uses the Nine Sword Style; in this style, he creates an illusion of head and arms, resembling an Asura (or Demon). Fans suggest that because of his demonic style, he was cursed, and the eye held the demon’s curse. One Piece is mysterious, Haki’s, Devil Fruits, and whatnot, but the existence of an asura, with curses seems superficial.

Though this is a theory, if this proves true, people will stop watching One Piece. Fans are expecting something mind-blowing from Zoro’s eye and scar secret. And One Piece needs to keep up with that; Zoro losing an eye in an accident will blow things up and deeply upset the fans.

Episode 1048 is out, and the anime isn’t stopping anywhere; with each new episode, we experience thrill and excitement. Words fall apart trying to depict the number of expectations that we have. Therefore, I believe the secret behind Zoro’s scar would be unanticipated. Meanwhile, we wait for the stories to unveil. Happy Binging!

Also Read: What Episode Does Hannah Baker Die In 13 Reasons Why? The Tapes End