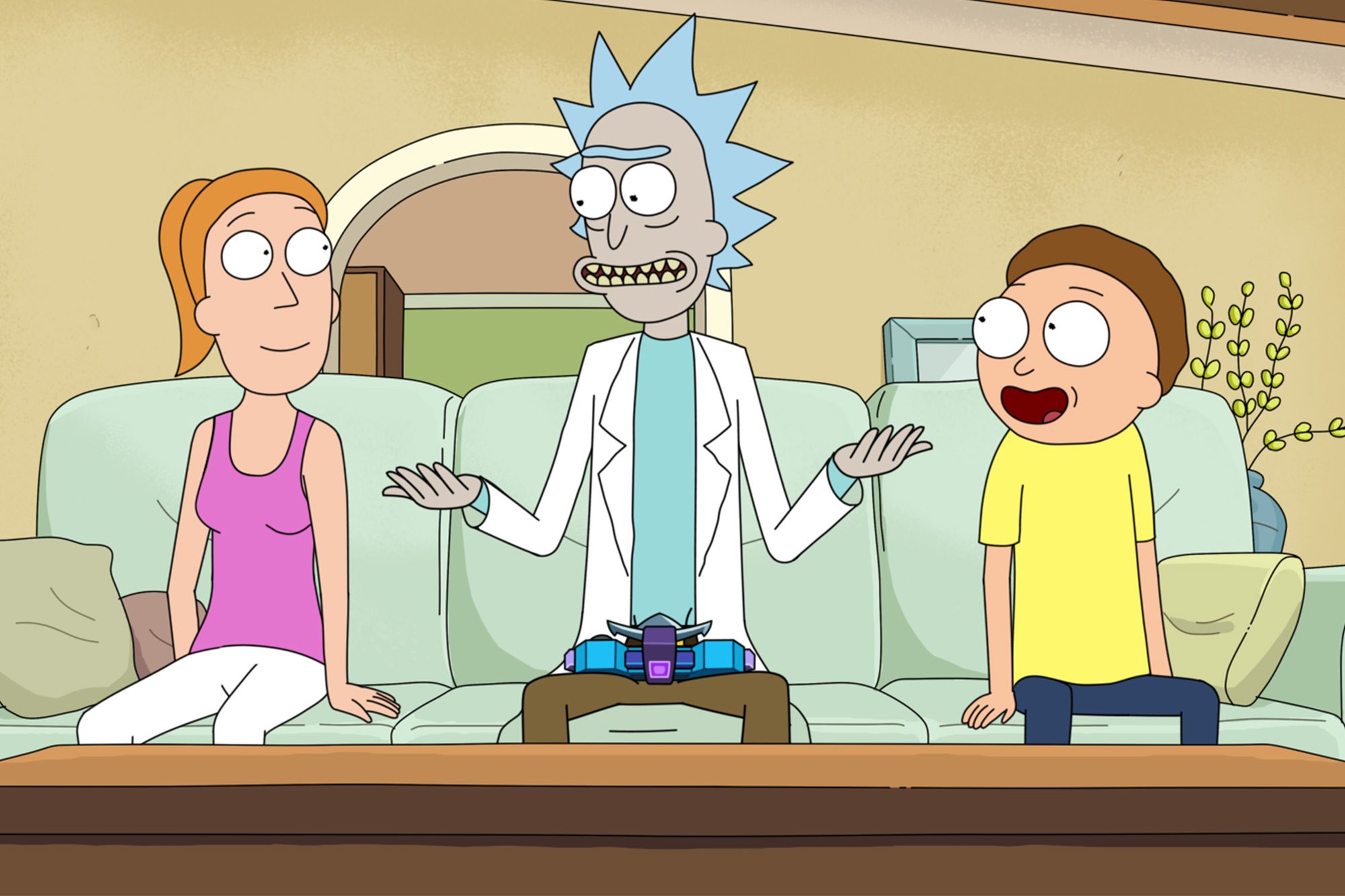 Rick and Morty Season 6 Episode 4 release date is right around the corner, and fans are pretty excited to know more about the same. In this week’s episode called Bethic Twinsinct, we saw taking the term “loving yourself” to a whole new level. Space Beth has come for Thanksgiving at the Smith house as Jerry exclaims how much he loves Beth and would literally kill himself if she is to ever cheat on him or be disloyal. This was obviously too much for the family to take in, as Jerry will not stop talking about ways to kill himself because he is absolutely in love with Beth.

Later that night, Beth and Space Beth are spending time with each other and start to catch feelings. I mean, they are literally the same person, and thus, the two women are loving themselves, if anything. They go out to buy some ice cream from space which tastes so much better than regular ice cream, but it was just a decoy for spending time with each other away from their families.

Well, while they kissed, Summer saw the two, and it immediately traumatized her. As Rick and Morty were playing hyper-realistic video games, which are actually very boring video games for the duo because they have handled missions tougher than these, Summer joins them and steals Morty’s console. She is trying to focus all her energy on the game, and this surely sends Morty some signals. Later, when he himself sees his mom and Space Beth making out, it scars him for life as well. Suddenly, he starts taking an unusual interest in the video game he was talking trash about just a minute ago. Well, soon, Beth starts realizing how Jerry might feel regarding this relationship, and she develops second thoughts about her feelings for Space Beth.

Obviously, Space Beth is against telling Jerry because she believes that Beth should not listen to anyone else but herself. But this is what differentiates her from her Space version, and Beth straight up goes to Rick to sort everything out. Her father explains to her that she should follow her instincts and do whatever feels right. But also not give in to anyone else and especially not hurt her family in the meantime because all of that guilt and feelings will mount up like a credit card debt.

At the table, when the family eats ice cream for dessert, Beth reveals the secret, and Jerry now becomes angry. In a flashback, we see that Jerry and Beth are in high school when he wants to ask her out. Although, his friend advises that the worst that could happen to him is if she says yes and Jerry is destroyed in the future. He recalls the moment as is about to leave the house. Well, Beth tries to stop him, and he says that they could ask him before trying to make out with each other. This leads to a threesome between them as Summer, Rick and Morty have to listen to it all. Well, Thanksgiving is finally over as Space Beth leaves the house.

Rick and Morty Season 6 Episode 4 release date is on the 25th of September 2022. The episodes release every week on Sundays on Adult Swim and Netflix. This particular episode is titled Night Family.

How to Watch Rick and Morty Season 6 Episode 4

Rick and Morty Season 6 Episode 4 can be watched easily by going over to the official website of Adult Swim. Other than that, fans will be able to access the latest episodes through Netflix. The platform costs 8.99 dollars as its basic subscription plan. There are two higher tiers. The first is the standard one at 15.99 dollars, and added screen benefits, and the highest or the premium one is at 19.99 dollars a month.