House of The Dragon Episode 6

House of the Dragon Episode 6 Spoilers are in order, and here is what we know about the same. A trailer has been released for the upcoming entry it has sent us chills down the spine. Also, episode 5 was the last one where we see Queen Allicent and Princess Rhaenyra as kids or teenagers. The next episode will take a massive time jump where their characters will be grown up as well.

Coming straight to the fact, Princess has been married to Ser Laenor in order to avoid any further scandal during the feasts or the nuptials leading up to the actual royal wedding. The small council of the king has brought up yet another issue which is yet again caused by Daemon. That guy will not stop at anything to make a noise in his brother’s life, and we see the same in every episode.

It is the issue at the Step Stones, given the fact that the region is left undefended for nearly a decade now. This means that it has been 10 years since we saw the last episode of the show. Princess Rhaenyra and Queen Allicent are also sitting at the small council with The King and discussing matters. The two obviously have a beef between them which originated in the 5th episode. 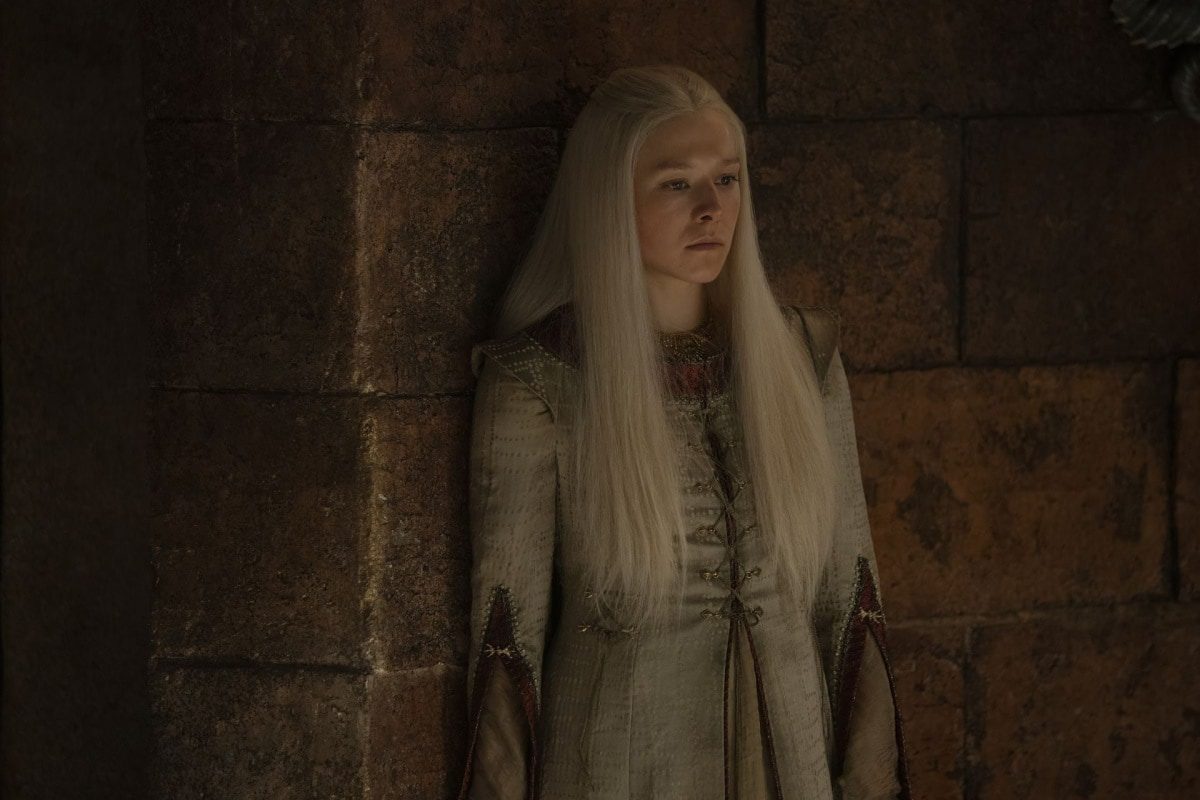 House of The Dragon Episode 6 Spoilers

The King has grown old and bald, too, as his health is growing weaker by the day. Aegon, who was just three years old when we last saw him, has now become a young man of 13. He has been training with his dragon as well. As for Princess Rhaenyra, she has three children with Ser Laenor now. Coming right to the story of the show, let us disclose the actual spoilers. If someone is uncomfortable regarding the same, I suggest you skip this part.

It will be a huge allegation made against the Princess that the three children she has, are between her and Ser Harwin Strong. It is not a secret that Ser Laenor is gay, and his sexual orientation lies toward men. After the supposed killing of his love at the pre-wedding nuptials 10 years ago, there was something that broke inside of him as well. He loved Joffrey Lonmouth, but Ser Criston killed the man resulting in heartbreak. He obviously will not sleep with Rhaenyra because he will not be able to. Thus, in the books, too, there is a saying that the children which Rhaenyra has, are between him and Ser Harwin.

In the trailer, we see Queen Allicent addressing these to The King, saying that to have one child who is a bastard is problematic, but to have three such is an insult to the realm. Allicent had turned anti-Rhaenyra for a long period of time when she got to know that the Princess lied about her maidenhood and slept with Ser Criston, if not Daemon.

As for Rhaenyra’s children, they are growing up with the dragon as well. We see one of her children say Dracarys to the dragon as it blows up fire all over the place. The thing that is quite noticeable is the fact that her children have brown hair, just like how Jon Snow had black hair. This would confirm the rumors that the children are sure of Ser Harwin. Because if they were Laenor’s, the kids’ hair would have been paler or even blonde, just like Lady Lana and Ser Laenor himself, Ser Corlys and Princess Rhaenys’ children.

We see Aegon training to become a fighter as well as possibly has defeated a man on the field with his sword. King Viserys, who was watching him from a distance, is triumphant at his son’s win. Ser Criston has grown old as well. We see him with a beard, but he looks as handsome as ever. The biggest mystery of the upcoming episode will be Rhaenyra and the children, and we will also talk about how the Queen and the Princess, as the title of the episode already suggests, would solve their issues while staying inside the family politics of the Red Keep.

Also Read: Why Did Ser Criston Kill In House of The Dragon? Major Spoilers Ahead!