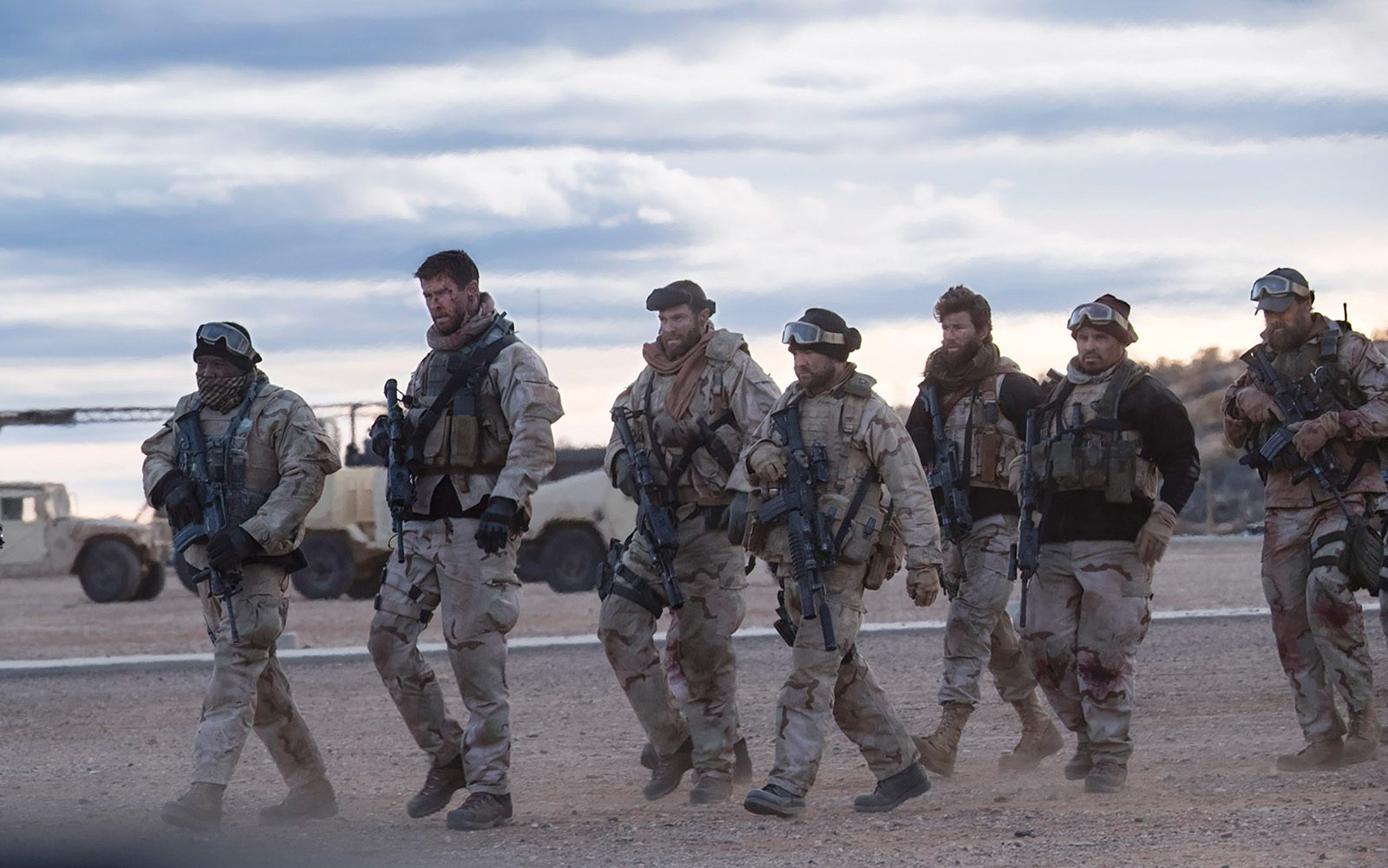 12 Strong ending is a little hard to understand, and we are here to explain it all. The film was released back in 2018. It shows us the themes of war and action along with drama. Nicolai Fuglsig directed the movie. The plot is inspired by a non-fiction book called Horse Soldiers. It was written by author Doug Stanton. It highlights the point in time when the US Army went to Afghanistan. It was immediately after the attacks of September 11.

The project has an ensemble cast overboard with the lead actors, including Chris Hemsworth. He reprises the role of Captain Mitch Nelson. Mitch is the ODA 595 commander. His character is based on Mark Nutsch. Then we have actor Michael Shannon who enacts the character of Hal Spencer. Hal is a Chief Warrant Officer 5 and the assistant at the ODA 595. Michael Pena does the part of Sam Diller. He is the intelligence Seargent First Class of the ODA 595. Filming for the series took place in 2017. The crew rolled cameras in New Mexico.

Upon its release, there were generally positive reviews about the film from the fans. We saw that they generally appreciated the acting skills of the cast along with the story. Although, some people criticized how the movie does not take the actual incidents which happened during the war in Afghanistan into consideration. The film begins with Mitch Nelson himself. He is seen moving into a new home with his wife as well as his daughter. It is on the day of the attacks.

Soon, he gets an assignment for staff duty under Lieutenant Colonel Bowers. After hearing of all the fatal attacks that happened on the day, Nelson volunteers to lead the attack in Afghanistan. He knows the risk behind it but does that just for the sake of his country. Bowers does not want Nelson to initiate the team, but then he agrees. After the entire command says goodbye to their families, the army traveled to Uzbekistan in October of 2001. The team is then picked up for the fight along with the Northern Alliance leader Abdul Rashid Dostum. 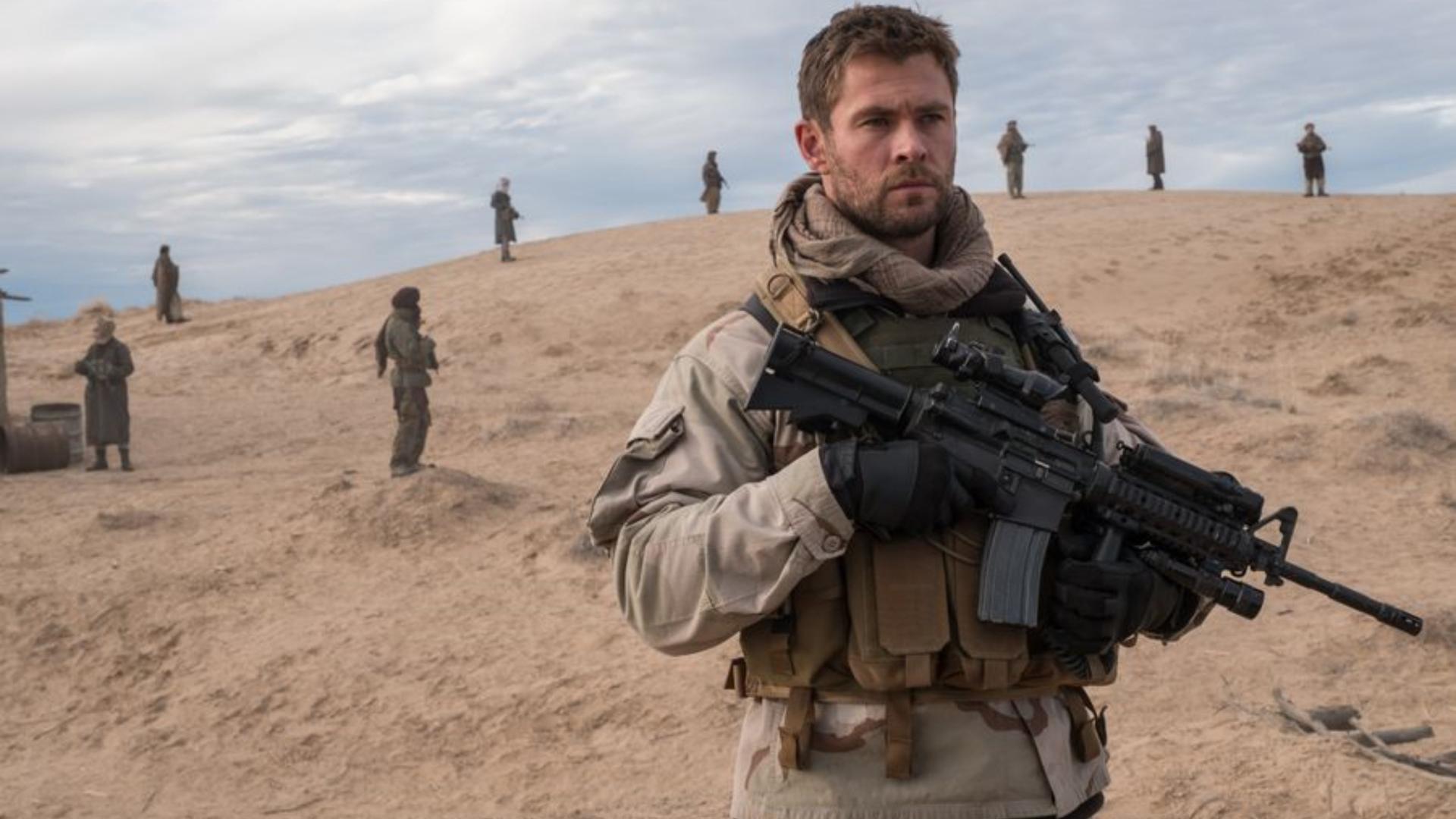 A still of Chris Hemsworth from 12 Strong

After that, we see that ODA has started its mission. As for the warlord, he does not trust Nelson with war skills. But soon, he wins his trust as well and gets on the good side. Later in the battle, Dostum makes an error which costs them a lot. After they retreat their team, Nelson puts the blame on Dostum for not leading the attack successfully and taking risks with the lives of soldiers who have valuable information with them. Dostum then argues that Nelson is not fighting the war with his warrior skills but rather being a mere soldier on the ground.

After they reconcile and lead a successful attack on Al-Qaeda, Dostum gives Nelson his prized riding clip. While the team is leaving, he tells Mitch that he will always consider him as a brother. At the same place, he also reminds the US army Captain that Afghanistan is the place where empires have become graveyards. All of the 12 army men survive during these days. They come back home finally after having to be present in war continuously for 23 days. That day, Mitch made a friend in a foreign land.

Was The 12 Safe After Returning From Afghanistan?

Among the last scenes in the film, we see a picture of the Horse Soldier Statue. It is now placed at the new and rebuilt World Trade Center in New York City Manhattan Financial District. This picture is dedicated to the soldiers of ODA 595. They fought bravely in response to the terrorist attacks in the country. It pays homage to all the United States Special Forces. These were the pictures of characters.

Although, the last scene ends with us having a look at the actual picture of the warriors who fought in the war that month in 2001. These were the people on which this movie, 12 Strong, was based. It was a perfect way of ending a story. The film showcases everything that was felt within the country and how scared people were after the attacks.