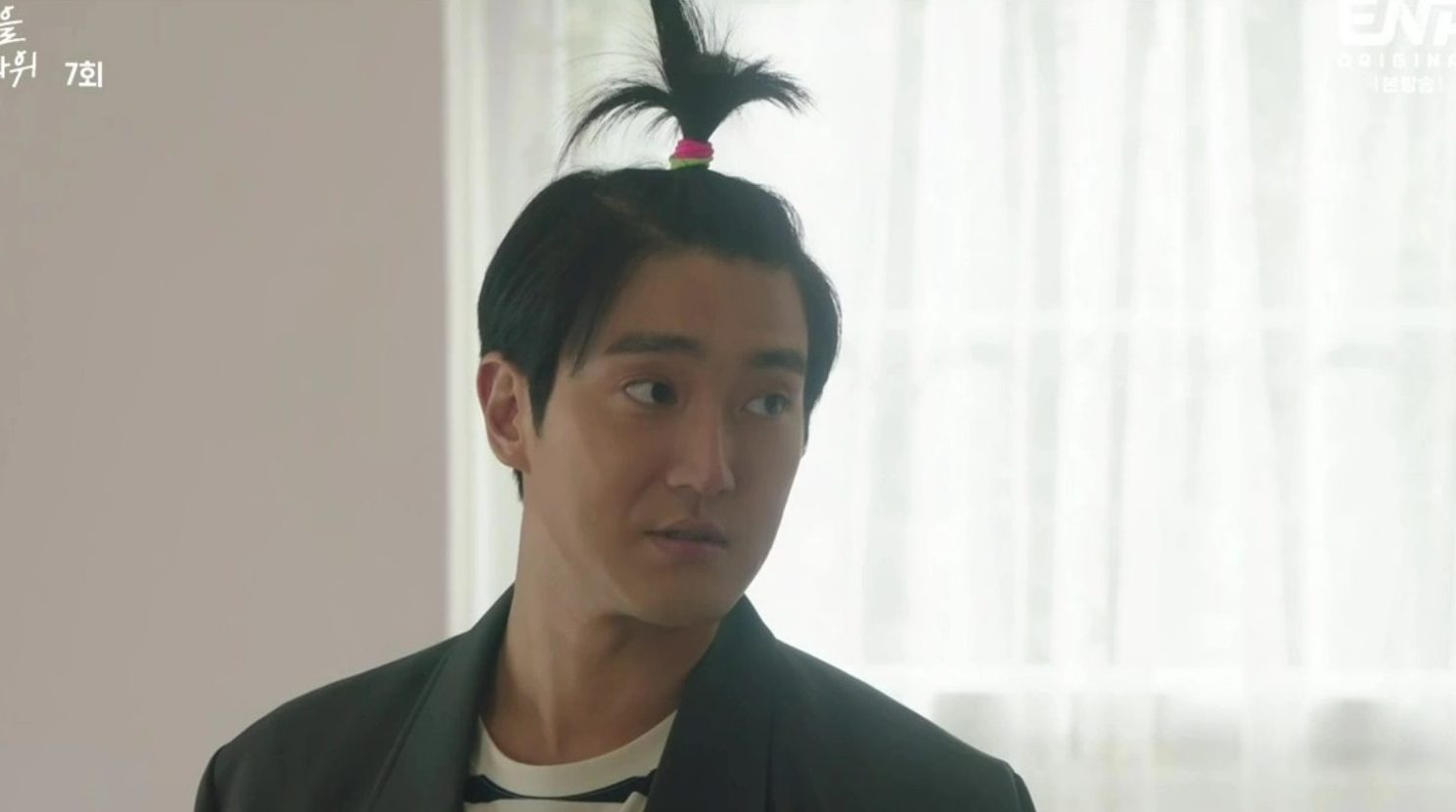 The Love is for Suckers episode 11 release date was recently revealed, and fans are eager to learn more. Before we get to the Love is for suckers episode 11, here’s a quick recap of what happened in the previous episode. Yeo-reum informs Jae-hoon that they are only friends because she now has priorities that conflict with his.

She realized he wasn’t it for her when they kissed, and she didn’t feel anything. But for him, the kissing intensified his emotions. He consents to give up on her, then storms off indignantly, believing he has lost all hope. The cast and crew are surprised to discover that Chae-ri has edited the first clip of Kingdom of Love 2. Along with the secret kiss.

She also adds clips from a chat Jae-hoon used to have with Ji-Yeon the evening she was debating leaving the program. Both were unaware they were being recorded. The exchange makes it evident that the guy, Jae-hoon, was the one who was making Ji-Yeon cry. The discussion shows that the woman Jae-hoon hugged was not Ji-Yeon, who was crying.

What Happened In Love Is For Suckers’ Last Episode?

The line between work and play became increasingly hazy in the last show as our heroine dealt with dilemma after dilemma. First and foremost, the Kingdom of Love must fulfill its promise to give kisses, regardless of who is giving them. PDs Yeo-reum and Chae-ri, with their opposing personalities, are at the center of the conflicts. 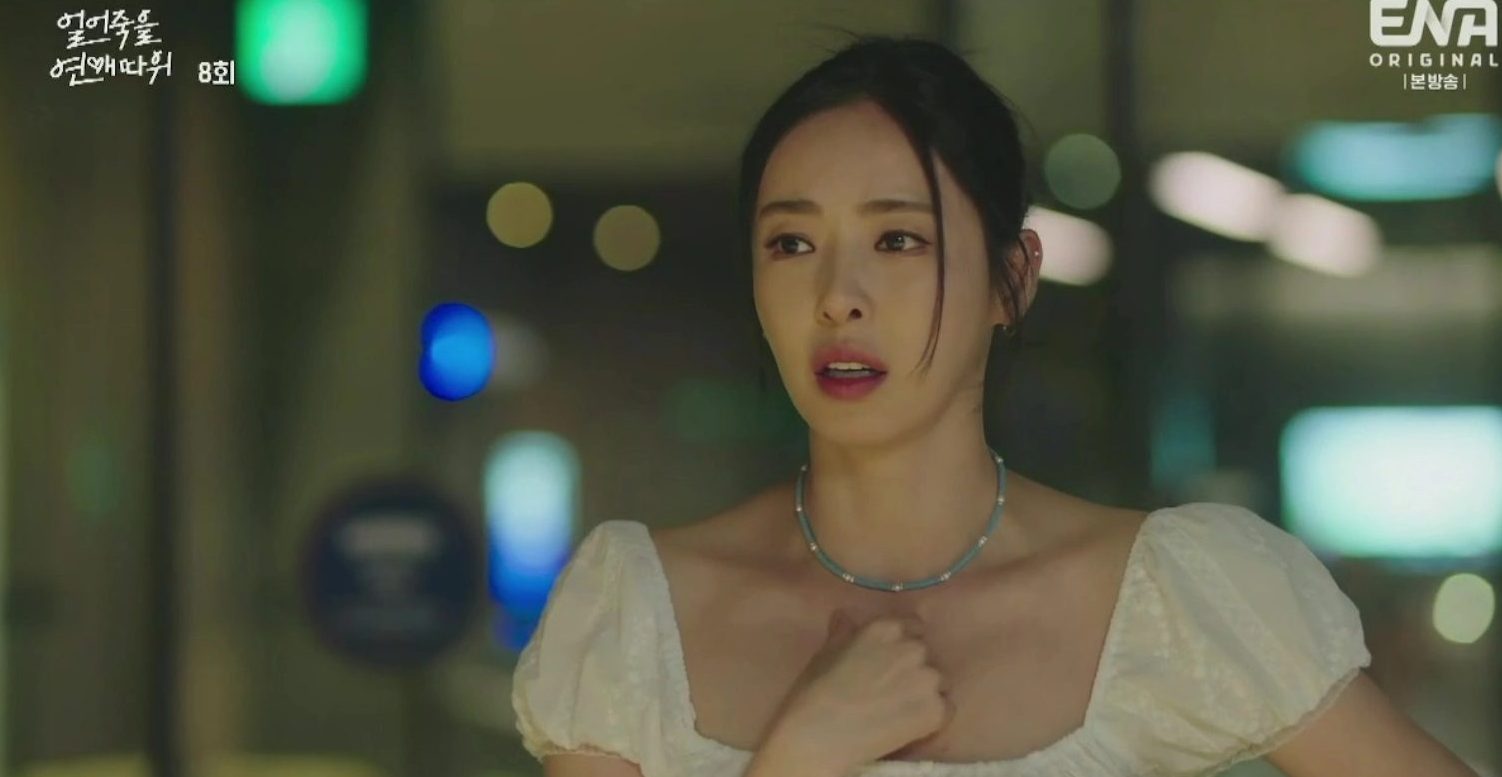 Da Hee from Love Is For Suckers.

They frequently disagree on how to treat Kingdom of Love 2. While Chae-ri wants to motivate the participants, Yeo-reum wishes to make it genuine and allow them to fall in Love. One such instance is the purported kiss between Jung and Ji-Yeon during their first date. The scene is already set before the couple arrives.

However, real feelings are flying all around the set while the performers are preoccupied with arguing over how to perform the kiss. After receiving a rejection from Yeo-reum the previous week, Jae-hoon decides to be more outspoken about his affection for her. Her hoobae, Sang-woo, is so adept at anticipating her wants as he watches her at work that Jae-hoon starts to think the two are involved in a covert romance.

Sang-woo is always present whenever Jae-hoon tries to intervene and express token care for Yeo-reum. After some consideration, Jae-hoon tries to pair Sang-woo with his sister to leave Yeo-reum alone. The show becomes more serious after the comic performance. Park Ji-wan (Sohn Hwa-ryung) reveals that she was assaulted in middle school while on a date with another participant. 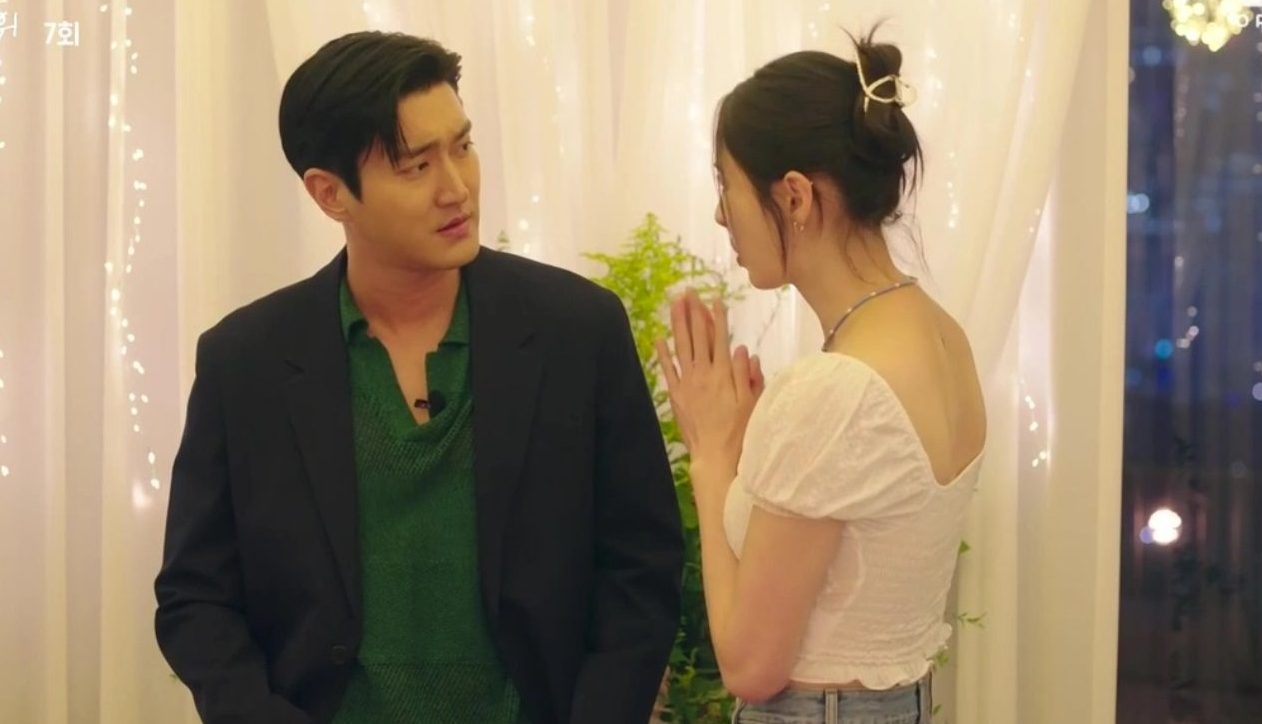 Si Won from Love Is For Suckers.

Due to her self-imposed isolation, she has never been in a relationship or on a date. She joins the Kingdom of Love to remedy this. When the date is over, Ji-wan requests that the video not be broadcast, and our obstinate PDs start fighting once more.

Yeo-reum doesn’t want to broadcast such a painful event, but Chae-ri claims it will boost ratings and that Ji’s agreement is unnecessary because he was aware that the cameras were rolling. Yeo-reum claims she’ll get kisses from Jae-hoon and Ji-Yeon to protect Ji-wan so that they can air that instead. Chae-ri is on board as long as the video looks hot. Only the shadows of the kissers will be seen through the curtains while the kiss is captured from outside.

“Do you don’t mind if I kiss another woman?” he asks. He is disappointed when she doesn’t respond. When the cameras start recording, Ji-Yeon is still gone. Would you like to try it with me if it’s just a kiss and has no meaning? Jae-hoon asks. The show gets the video it needs when he draws her in and embraces her, but the wrong woman is in it.

Si-Won and Da Hee from Love Is For Suckers.

Jae-hoon and Ji-Yeon believe that Yeo-reum would do anything for the show. Yeo-reum is enraged since she doesn’t want to get involved. Because of a medical mishap in which someone died, remarks on the internet now refer to Jae-hoon as a “murderer” because he is well-known and his image is on TV. The posts become viral as they tease what the leads will experience next.

Love is for suckers episode 11 will stream on Rakuten Viki.