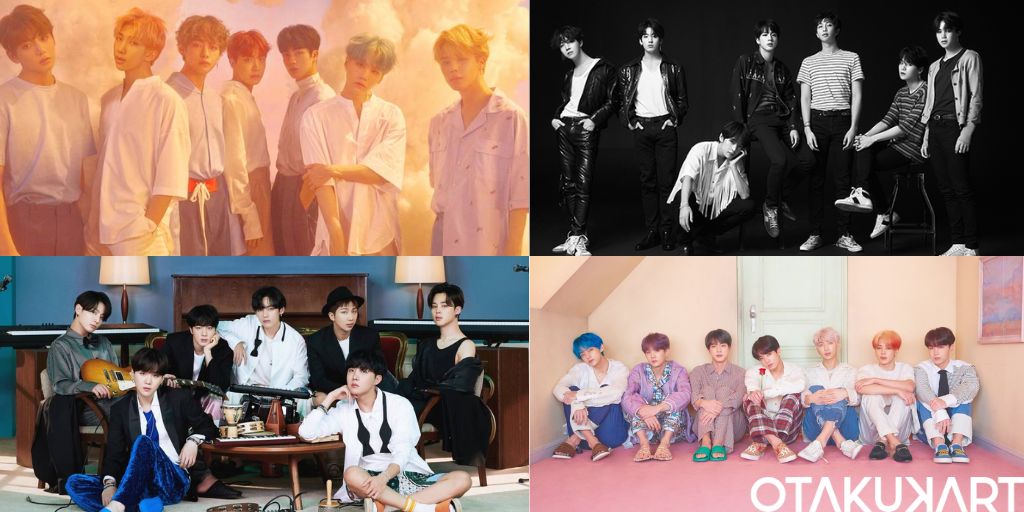 No matter whoever is your bias in the steadily rising k-pop industry today, we believe you all would agree with the fact that BTS is one of the most admirable and extraordinary boy bands existing in the music industry currently, right guys? And thus, here we are, giving you a ride through a few of the highest-charting BTS albums. Before we together drown in the memories of these amazing albums, we just want you to be on your guard as for a lot of you, the rankings could actually be quite surprising.

While there are a lot of us who love surprises but there also exists a set of people who hate to ruin their expectations, right readers? Thus, for the latter ones, we all love some singles that refuse to leave our minds and hence make us feel like those albums deserve to be on the top, or at least we wish them to be, right readers? But that’s not the case, the rankings are based on the collective audio streams and video streams, as well as the maximum sales of the most popular songs on the albums made. Therefore, keep scrolling down to know if it was an expected ranking or quite amusing for you!

Also Read:All BTS Albums In Order Because ‘Proof’ Is Making Us Nostalgic

Despite being an album that’d literally pierce through your heart with the kind of on-point and practical lyrics all its songs comprises, Love Yourself: Tear is one of the most loved albums of this iconic k-pop group. The album was released on May 18, 2018, with a total of 11 tracks and ‘Fake Love’ as its lead single.

Some of the most popular songs on the album include ‘Fake Love’, ‘Paradise’, and ‘Anpanman’. 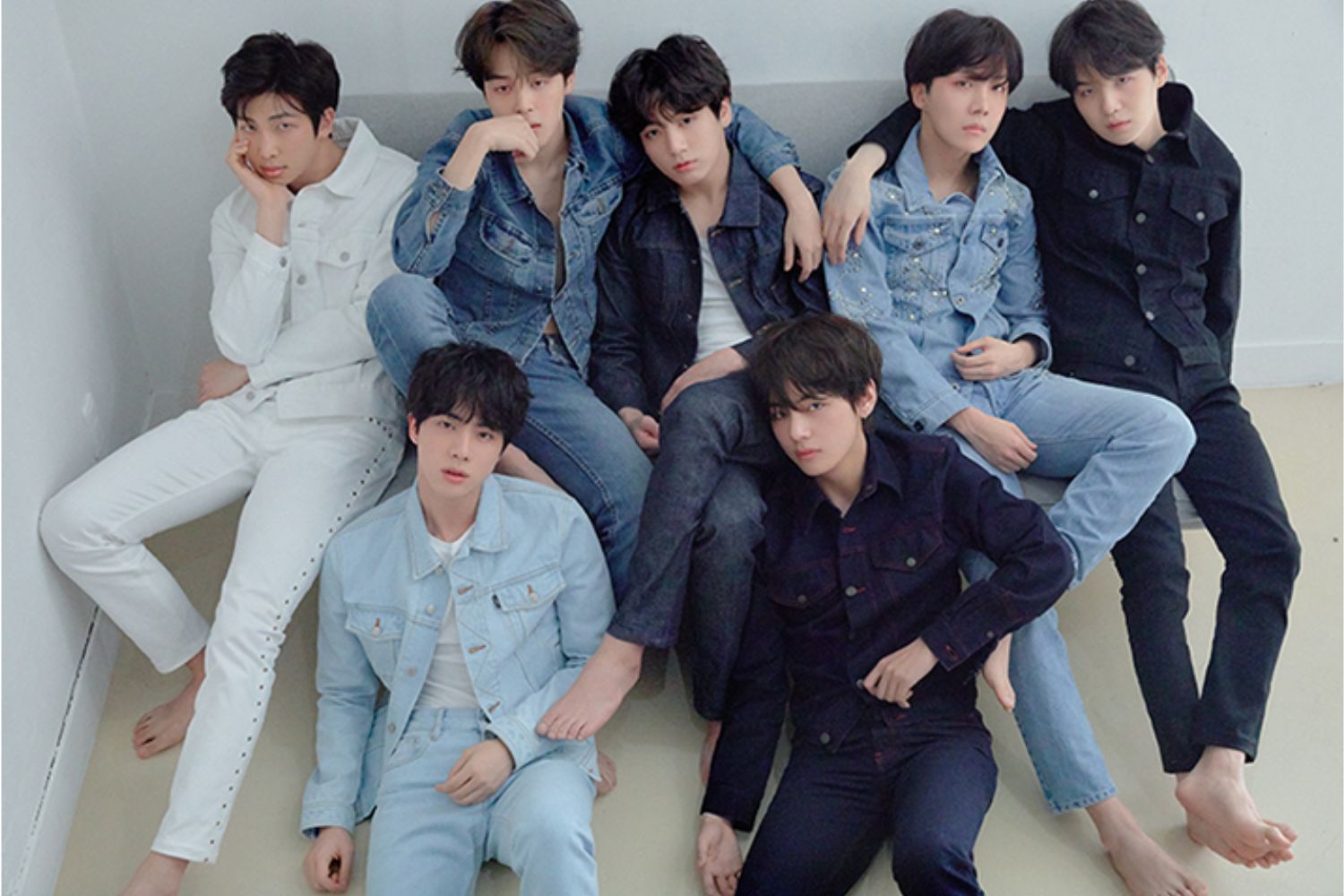 Just like each of the BTS songs reflects an unmeasurable depth of emotions, the Bangtan Boys, through this album, very smoothly tried to soothe the world in the time of suffering caused by the pandemic. With songs like ‘Stay,’ ‘Dynamite,’ ‘Life Goes On’ all the group members put in their special efforts to give the world the right amount of motivation and empathetic vibe needed during that horrific phase we all were going through.

And, of course, appreciating the boys’ exceptional skills, the album came out as one of the highest-charting BTS albums in the year 2020. The album was released on November 20, 2020, with a total of 8 songs marking ‘Life Goes On’ as its lead single. With numerous rankings on different charts, ‘Dynamite’ and ‘Life Goes On’ respectively were ranked as the first and second songs on US Billboard 100. 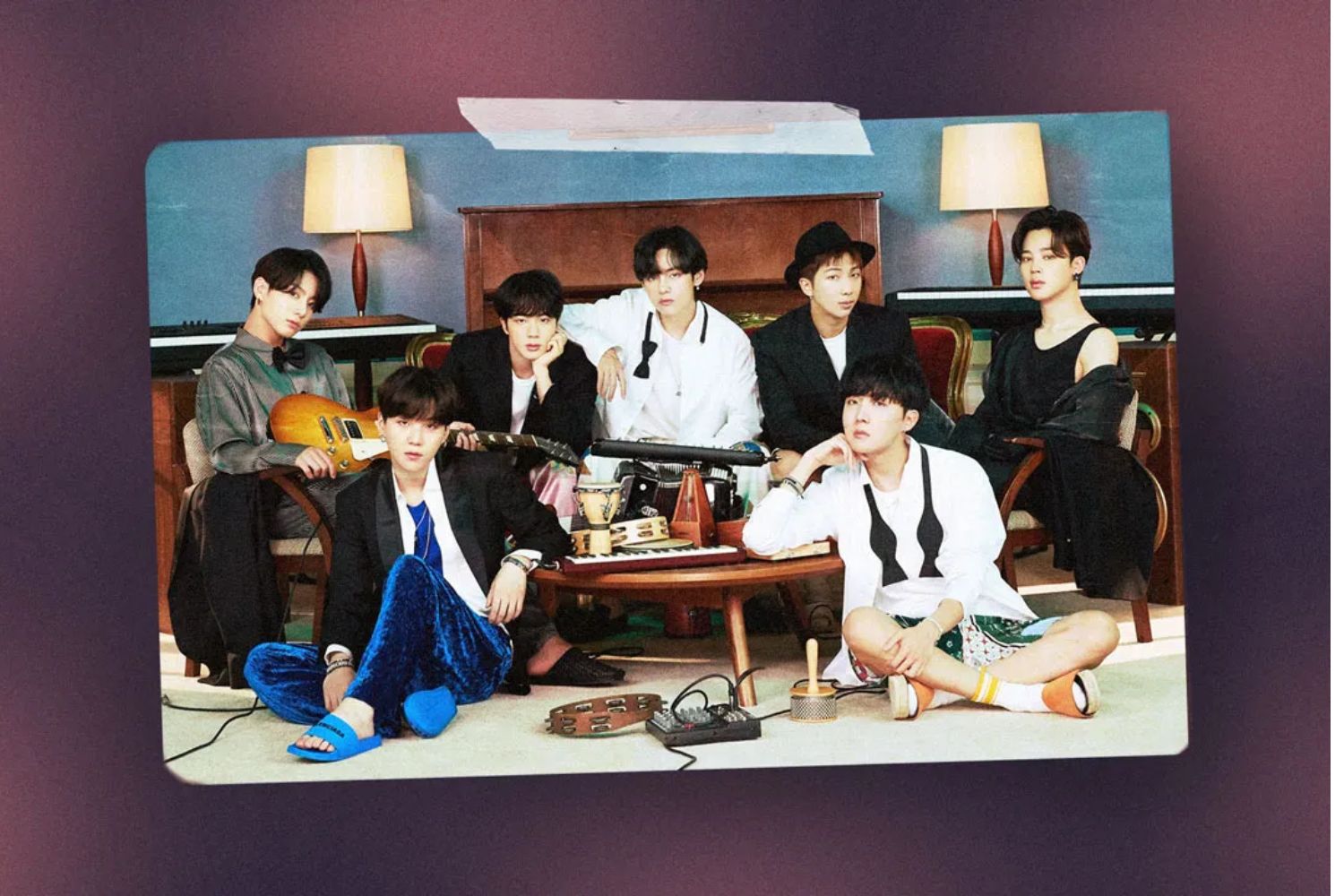 This beautiful album is recognized as one of the highest-charting BTS albums for the diversity it holds, from having songs about happiness and love to depicting BTS’s appreciation towards their fans as they are the reasons boys don’t feel lonely or drown in their sorrows to some amazing Hip-hop tracks. Map of Soul: Persona was released on April 12, 2019, with a total of 7 songs and ‘Boy with Luv’ as its lead single.

Earning the title as the best-selling album in South Korea, Map of the Soul: Persona is also rewarded with countless accolades, including the ‘Album Of the Year’ at Melon Music Awards and Mnet Asian Music Awards (2019), ‘Disc Daesang’, and ‘Disc Bonsang’ at Golden Disc Awards (2020). 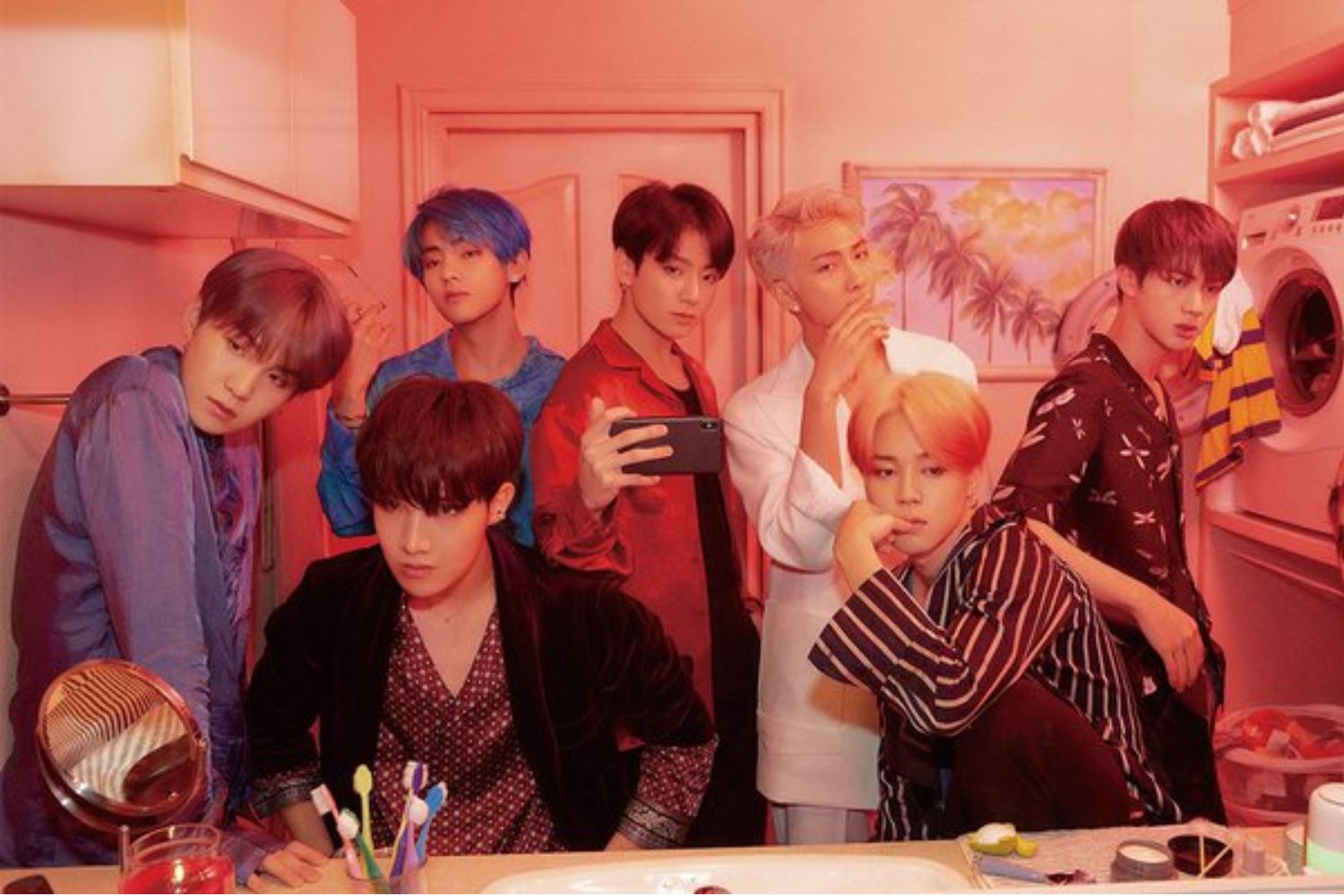 Map Of The Soul: Persona

Love Yourself: Her is an album that seems to emphasize a love story that despite being fated can not last. A mesmerizing album with a total of 9 tracks that boldly focuses on the different phases of that love story. The album was released on the 18th of September 2017. Some of the most popular songs on this album include- ‘Intro: Serendipity’, ‘DNA’, and ‘Outro: Her’.

With ‘DNA’ as its lead single that came out as the first K-pop group music video to reach over 20 million views in 24 hours, earned BTS huge success. And had a major part in making Love Yourself: Her album the highest-charting BTS album. Some of its accolades include- the ‘Album of the Year ‘ award at the 10th Philippine K-pop Awards(2017), ‘Album Division- Bonsang’ and ‘Album Division- Daesang’ at Golden Disc Awards(2018). 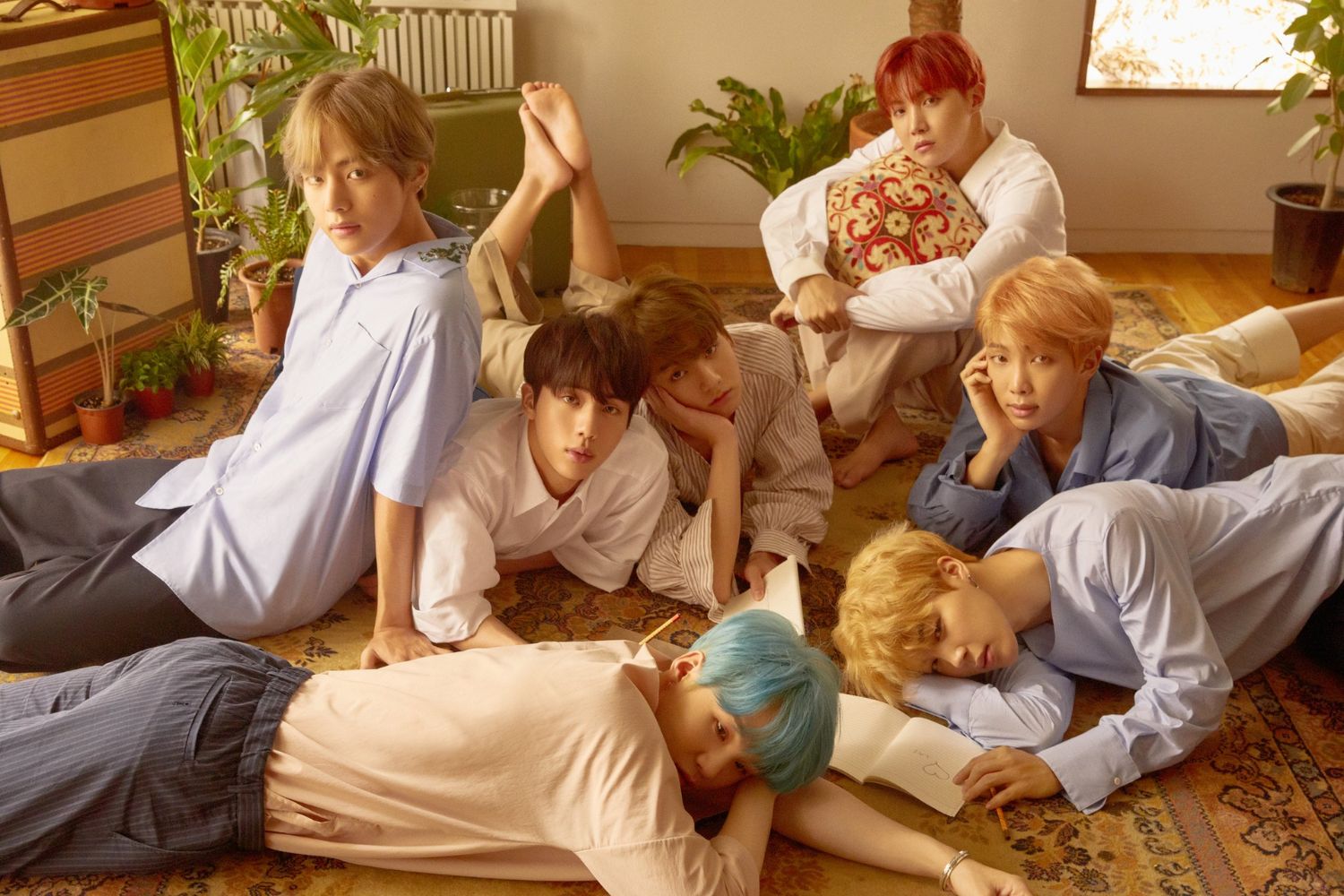