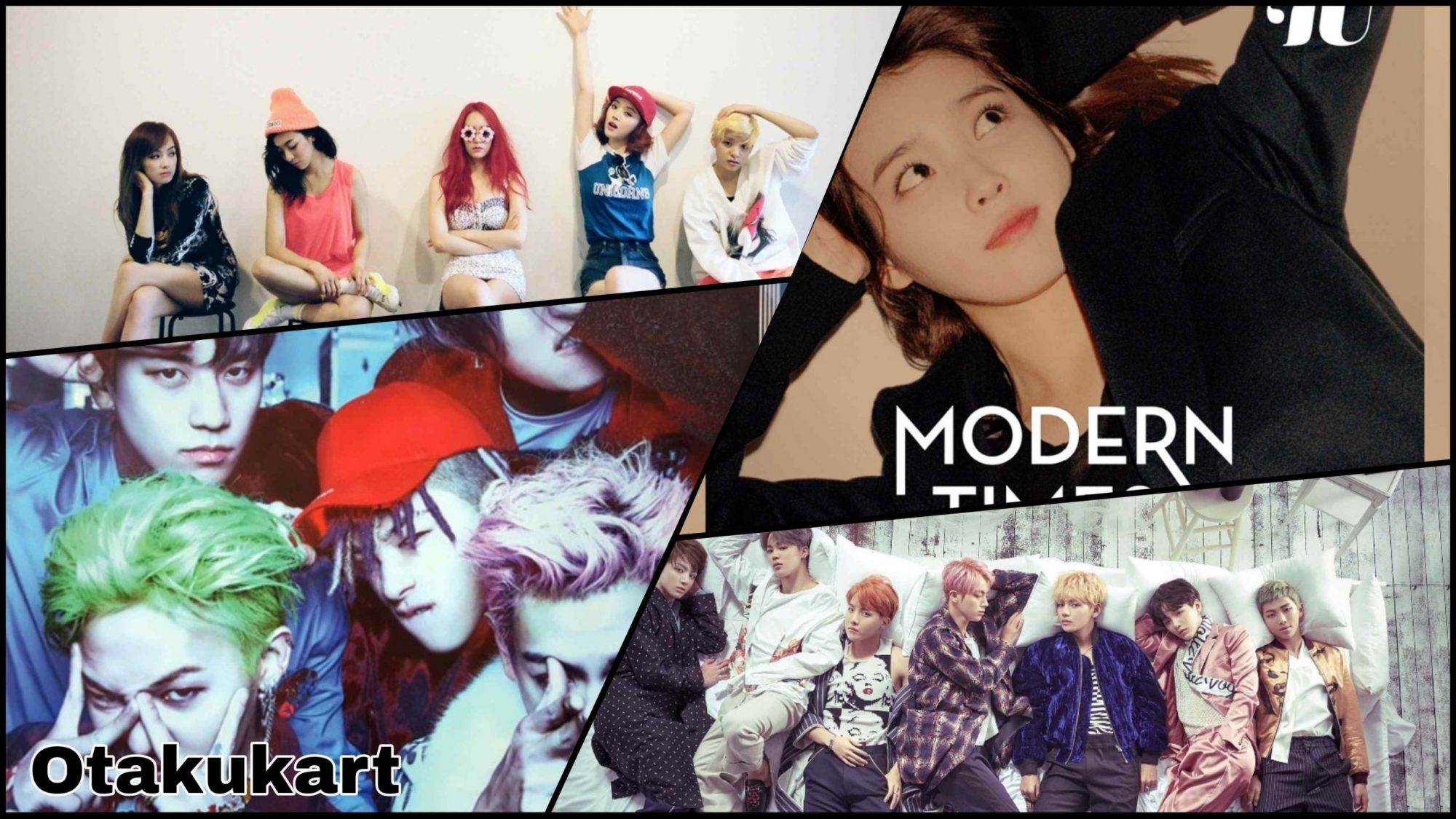 When we talk about K-pop, we usually mean the record-breaking singles rather than a complete album, as that’s how it has been all this time. However, we know it is indeed impressive when not just the promotional singles but the entire album to which it belongs, manages to receive the appreciation of the audience! To begin with, K-pop is like an umbrella term for a variety of genres, so it isn’t really surprising when we find a song released recently being very different from the ones dropped about two years ago. However, when an album manages to stand out even amidst the ocean of new releases, the impact it has made must have been very deep. They are influential, flawless, and the best of K-pop music albums!

Here are the top nine greatest K-pop albums of all time that are just flawless. The songs on these albums define a variety of Korean music styles and have managed to give a new direction to the industry!

The album marked the return of Bigbang after a three-year-long hiatus, yet it has the trademark elements of the band— R&B and dance-pop blended with trap and contemporary tropical influences. However, lyrically, the songs were inclined towards the more mature side, with five songs promoted as singles— the first one to release is ‘Loser’. Their second lead single, ‘Bang Bang Bang’ became a party anthem in the K-pop world, presenting an explosive modern EDM buzz and a trap breakdown. 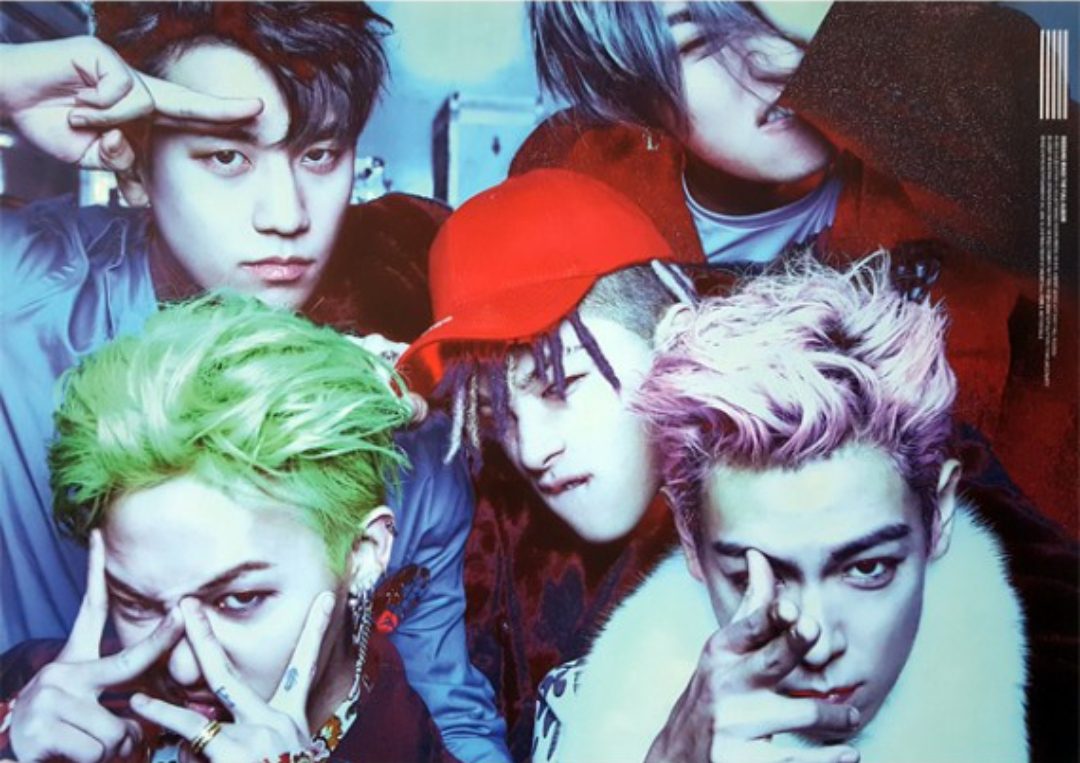 Recently, the song has entered the limelight again with trendy TikTok and Instagram reels, providing more exposure to the overall team. Celebrating their decade-long togetherness with the album, ‘MADE’ is one of the best K-pop albums of all time, and every K-pop stan must own it!

The first Korean studio album of the powerhouse girl group, Blackpink, ‘The Album,’ unleashes an intense bombardment of snappy detailing and killer hooks with a track listing consisting of eight songs. The lead single, ‘How You Like That,’ has got a cultural influence and is the only song in the music community to have more than a billion views on the official music video as well as the group’s performance video on YouTube. The second single, ‘Ice cream’ featuring Selena Gomez, is one of the most popular K-pop songs in the United Nations! ‘Lovesick Girls,’ the third promotional single of the album that emphasizes on the pain we experience after heartbreak, is definitely a worth-listening track. 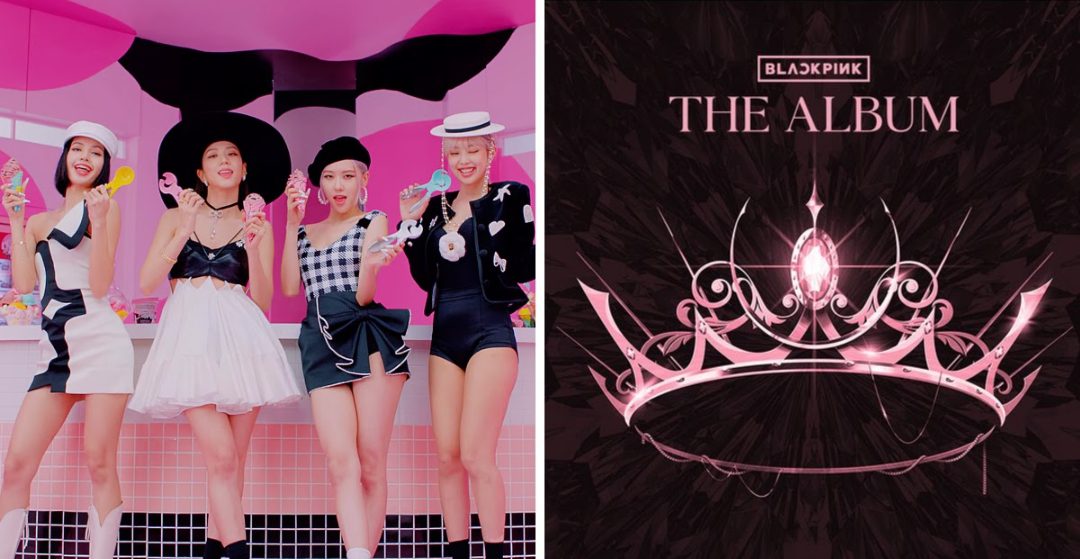 Despite having only eight songs, the album has beautifully captured the Korean as well as western music styles and has delivered an overall attractive package.

One of the first K-pop groups to have influence in the West, 2NE1’s debut studio album, ‘To Anyone’ laid the foundation of making them one of the most legendary K-pop girl groups! The album has been characterized by the self-empowering lyrics as well as the badass image of the 2NE1 girls who have together produced a pop record integrating some other musical themes like &B, dance, and hip hop. 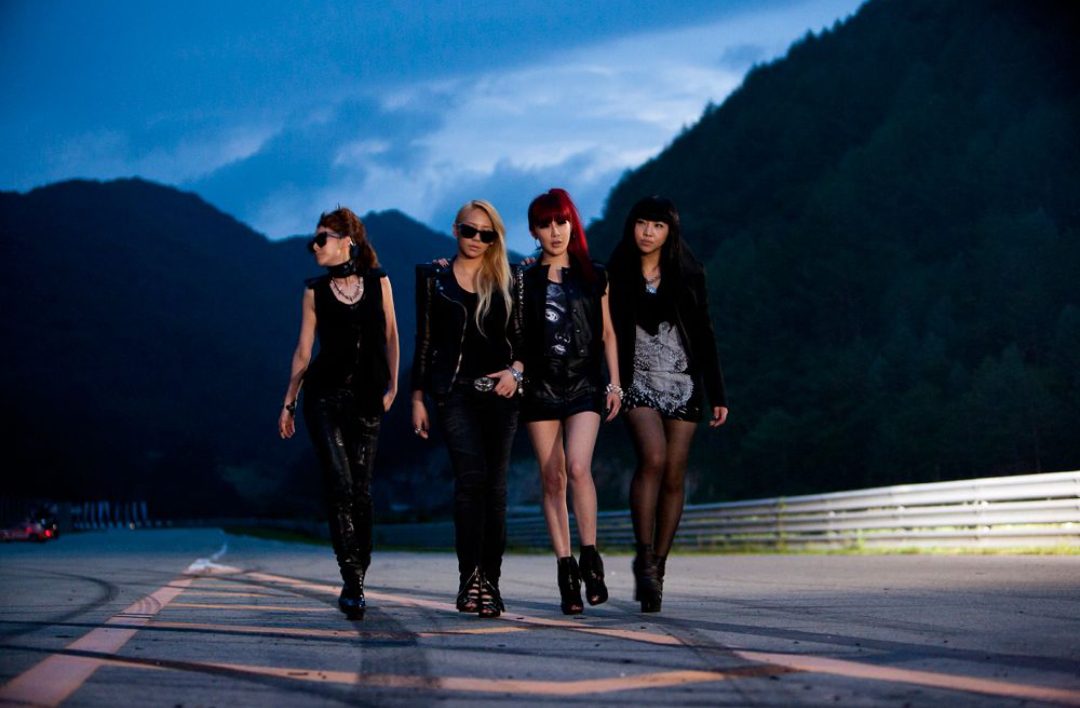 The album consists of twelve tracks, including the English version of the lead single, ‘Can’t Nobody,’ and two other promotional singles— ‘Clap Your Hands’ and ‘Go Away’. The songs in this album definitely feature a lot of auto-tuning, electro-pop craziness, and repetitive hooks, but in the best way possible! Indeed, ‘To Anyone’ is one of the best K-pop albums of all time.

Among many things, Red Velvet has built a reputation for itself so unparalleled that every household in South Korea knows who they are irrespective of age, gender, and class. ‘The Perfect Red Velvet’ is the reissued version of the second album of the girl group incorporating three extra tracks, making the total number of soundtracks twelve in number. The album has featured various K-pop genres, including soul, R&B, hip-hop, synth-pop, and a little of future bass and trap influences. The singles, ‘Bad Boy’ and ‘Peek-A-Boo,’ deliver the best of the group members’ cheeky and R&B vocals.

It was the first time the group produced something that showcased a blend of both ‘Red,’ the vibrant side, as well as ‘Velvet,’ the sultrier side of their artistry, making a single bold yet sleeker and nuanced persona! The group performed ‘Bad Boy’ in North Korea at the ‘Spring is Coming’ concert to a huge crowd of fans, including Kim Jong-un.

There is a reason why SHINee has been influencing the K-pop industry for over a decade. The boy group has always aimed at laying their hands on future trending K-pop music styles and building their own brand on it. Their fifth studio album, ‘1 of 1,’ is another successful experiment of the group that employs the distinct and individual tones of the group members and creates sensual and yearnful tracks like ‘Lipstick’ and ‘Don’t Let Me Go’. The album callbacks to the ’90s, with a retro vibe twisted with some modernization, featuring nine tracks in all, including the title number, ‘1 of 1’. 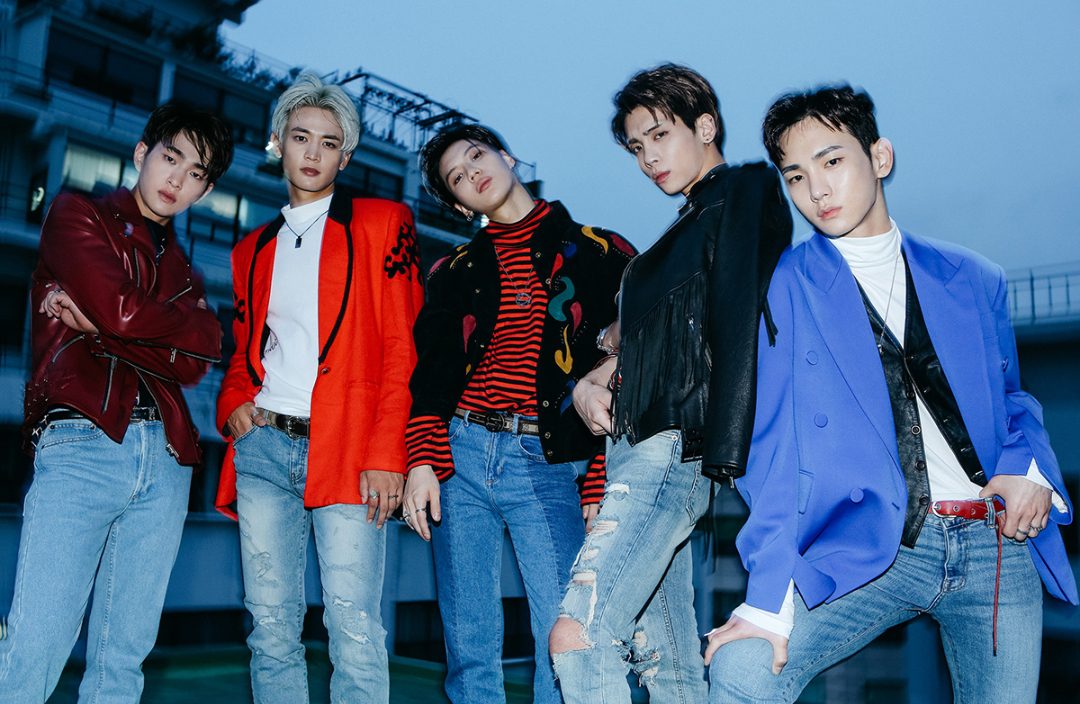 IU bid farewell to her bright, girlish ‘Nation’s Little Sister,’ image with her third studio album, ‘Modern Times,’ by shifting to other music styles like jazz, swing and bossa nova. With her third studio album and its issued version titled ‘Modern Times Epilogue,’ the singer and songwriter has showcased why K-pop isn’t just a music genre but a beautiful combination of various genres that can invoke gypsy jazz whenever required! 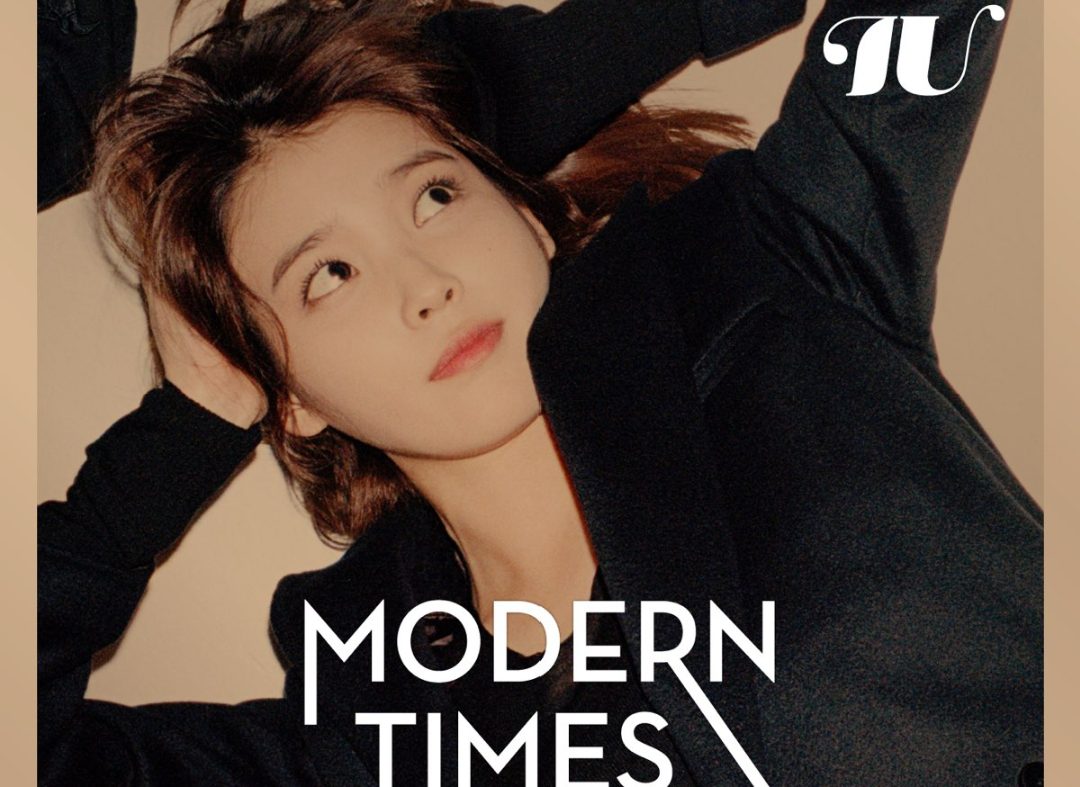 The tracklisting of ‘Modern Times Epilogue’ consists of fifteen songs including two promotional singers, ‘The Red Shoes’ and ‘Friday’. While ‘The Red Shoes’ with dramatic developments and the elaborated chorus is a song with big band sounds that grabbed multiple music awards during the entire month of its release, ‘Friday’ has a pop-friendly theme attached to it. No doubt, ‘Modern Times’ is one of the most flawless K-pop albums of IU’s discography.

When we talk about flawless K-pop albums, there is no way we can let go of this gem by the girl group f(x). ‘Pink Tape’ received wide recognition among both domestic critics as well as international critics. Based on the theme of first love, the album reflects the group’s journey of growth. The lead dance-pop single, ‘Rum Pum Pum Pum’ occupied a spot on the hundred best K-pop girl group song of all time, while the album earned a place under the hundred best K-pop albums. With twelve songs on the tracklist, ‘Pink Tape’ has been made with the girls’ unused potential without making any use of standard electronic loops or helium-induced staccato chanting! 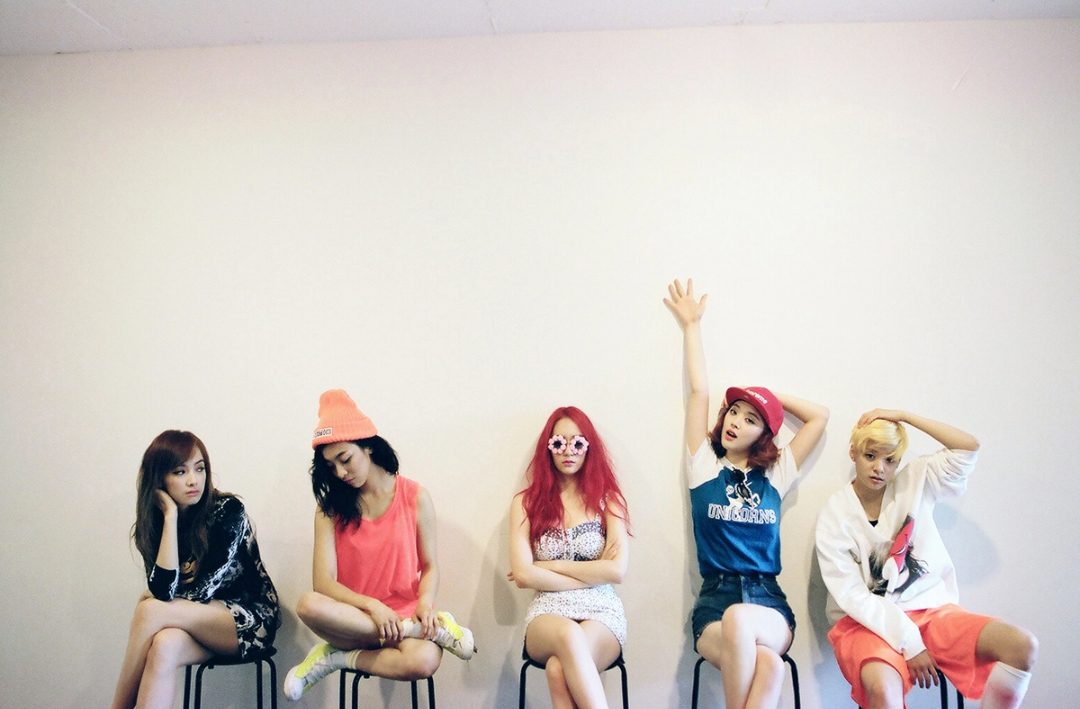 ‘Wings’ is by far one of the most favorite BTS albums of the fans with some of the best songs and music videos! Be it the vocals, the instrumentals, or the choreography, the boys have smashed it all. The lead single, ‘Blood Sweat & Tears’ became the fastest K-pop music video to surpass 10 million views then, and since then, the band has established a habit of breaking their own records! The album aims at tackling various social issues involving woman empowerment, mental health, temptation, and growth. 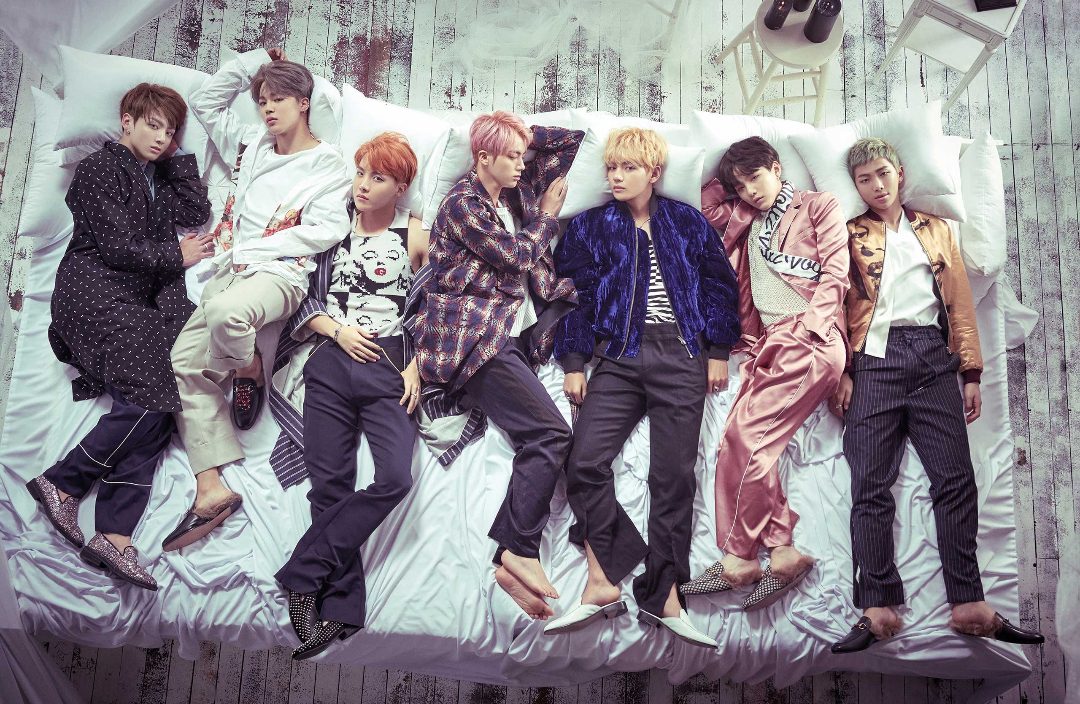 Combining a variety of music genres like R&B, EDM, hip hop, dance-pop, tropical house, and moombahton, ‘Wings’ owns a spot on the list of the top 25 greatest K-pop albums of the decade! Originally consisting of fifteen tracks, the repackaged album was issued as ‘You Never Walk Alone’ adding three new songs, ‘Spring Day,’ ‘Not Today,’ and ‘Outro: Songs’.

‘The War’ was dropped when the South Korean boy group EXO was at the peak of its career! The rich production and the soulful voices of the members showcase how an already-established K-pop group can evolve and surprise the critics with their artistry. Released in both Korean and Mandarin language, the album features nine tracks and an additional three tracks in the repackage version, ‘The War: The Power of Music’. 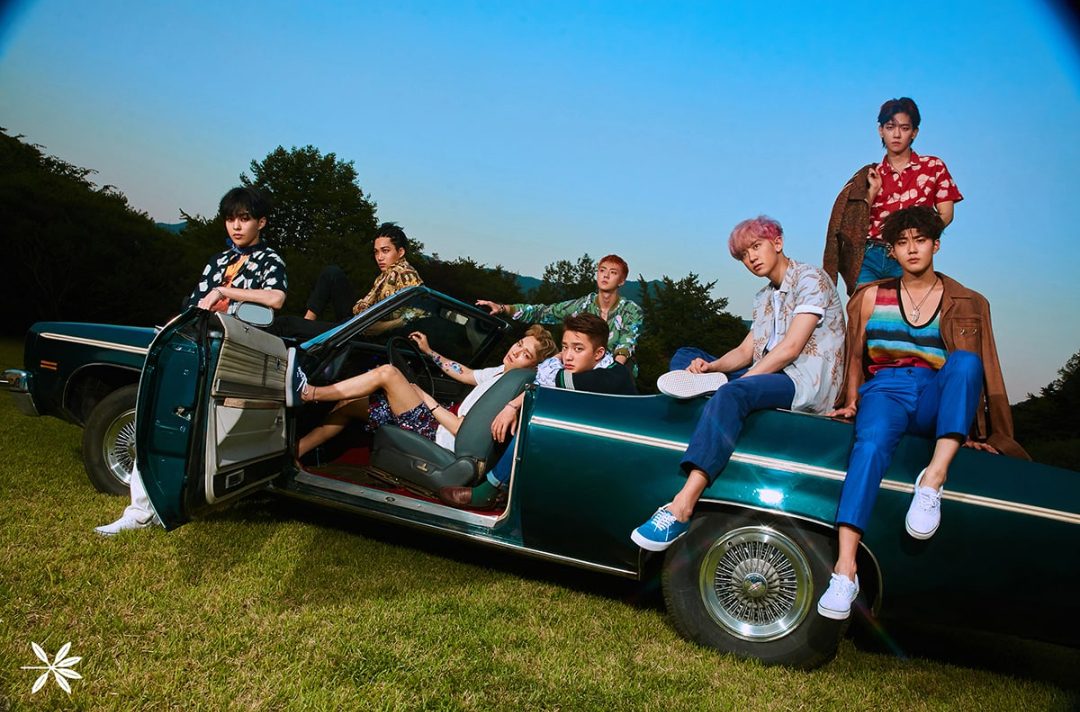 The lead single, ‘Ko Ko Bop,’ is an energetic reggae number co-written by group members— Chen, Baekhyun, and Chanyeol. The album had recorded the pre-order sale of over 800,000 copies which was the highest at that time for a K-pop album.

Also Read: Top 8 K-pop Idols Who Can Have A Successful Solo Career