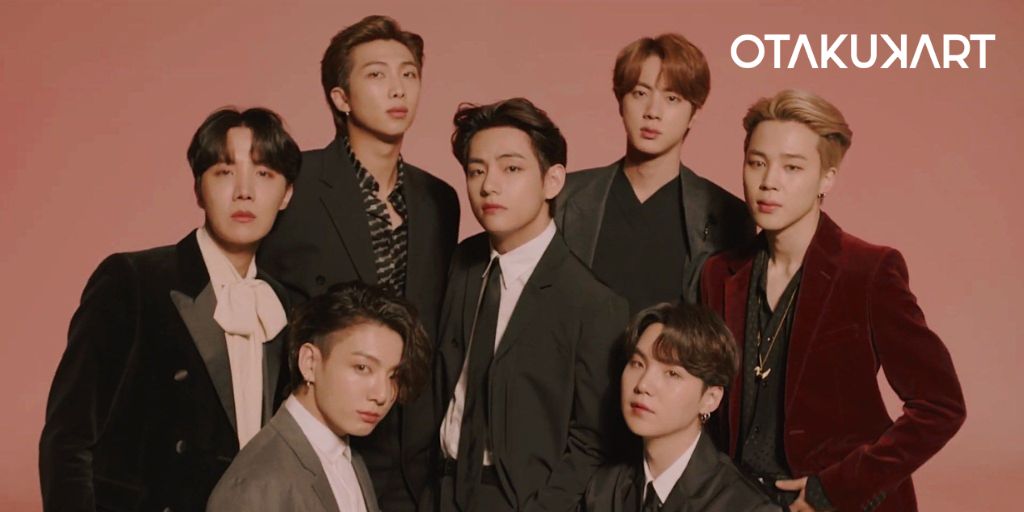 As BTS is here with their new anthology album ‘Proof’, let us have a look at all BTS albums in order from their debut in 2013 till the present. We cannot help but feel nostalgic after the release of the new album, and thus, fans want to look back at all the previous albums of this worldwide famous group. If you do not know, let us introduce you to the biggest boy band in the world at present, BTS.

BTS is a seven-member boy band under Big Hit Music, which is a part of HYBE Labels. The members of the group are RM, Jin, Suga, J-Hope, Jimin, V, and Jungkook. These multitalented idols have captivated everyone’s hearts and have earned love and respect because of their constant hard work and creativity.

There’s always a charm in all of BTS’s albums that we cannot resist. From hip hop to soft songs to R&B to EDM, we can see that BTS has touched a wide variety of genres, and we stan them for being the versatile kings that they are.

All BTS Albums In Chronological Order

As the group releases a new album, they have always tried to redefine themselves and break all the boundaries that the world set for them, and we can see that they are still doing so, and we are always surprised and proud of all their achievements. So here is a chance to look back at all BTS albums in order because we cannot get over it.

Let us welcome the legendary debut album to the list of all BTS albums in order, ‘2 COOL 4 SKOOL’. BTS made its debut on June 13, 2013, with this as its first single album. The debut rack for the album is “No More Dream” where they questioned the world ‘What is your dream?’. This is one of the most legendary hip-hop tracks by the group, and we still are hooked on the song. The tracklist for the album consists of: 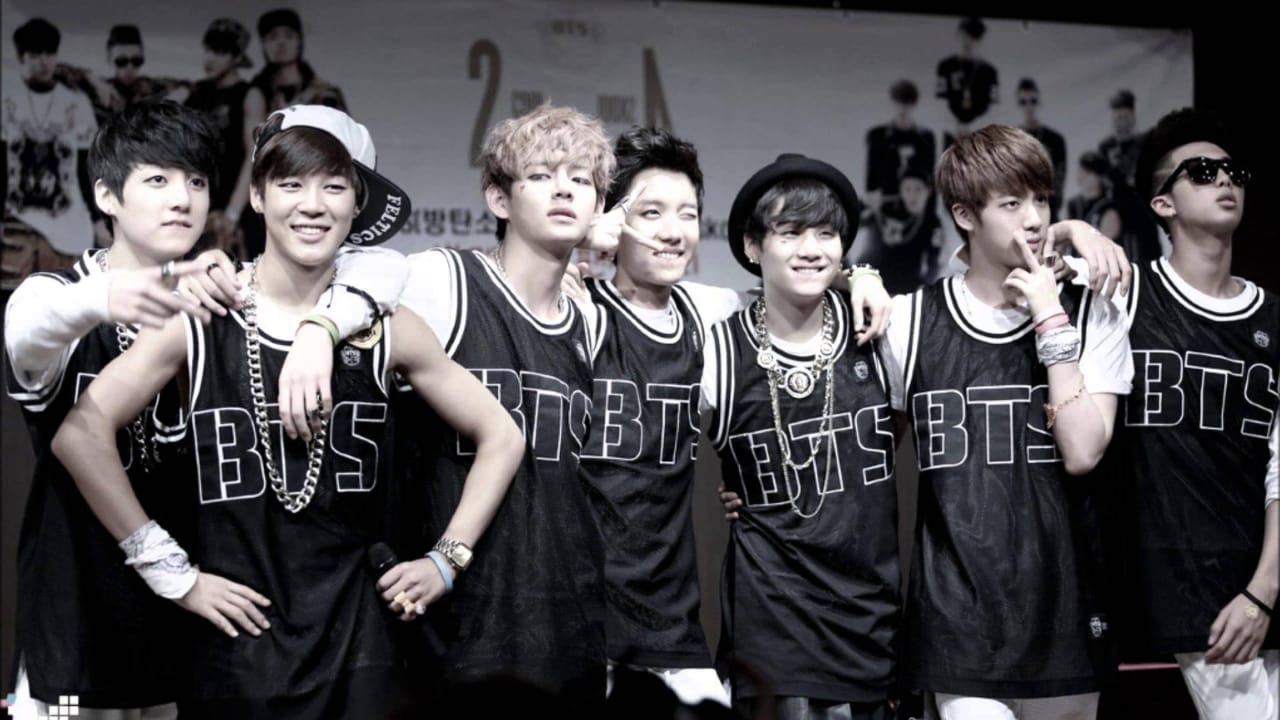 The 1st mine album, ‘O!RUL8,2?’ is the 1st mini album among the BTS albums. The album was released on 11, 2013. The name of the album might seem peculiar, but it is actually short for ‘Oh! Are you late too?’. With their debut album, they urged the youth to think about what their real dream is. This album further gave the message to find happiness in your own life before it is too late to do so. They also describe the cruel world where people treat children just as study machines and do not care about their happiness. The album consists of these tracks- 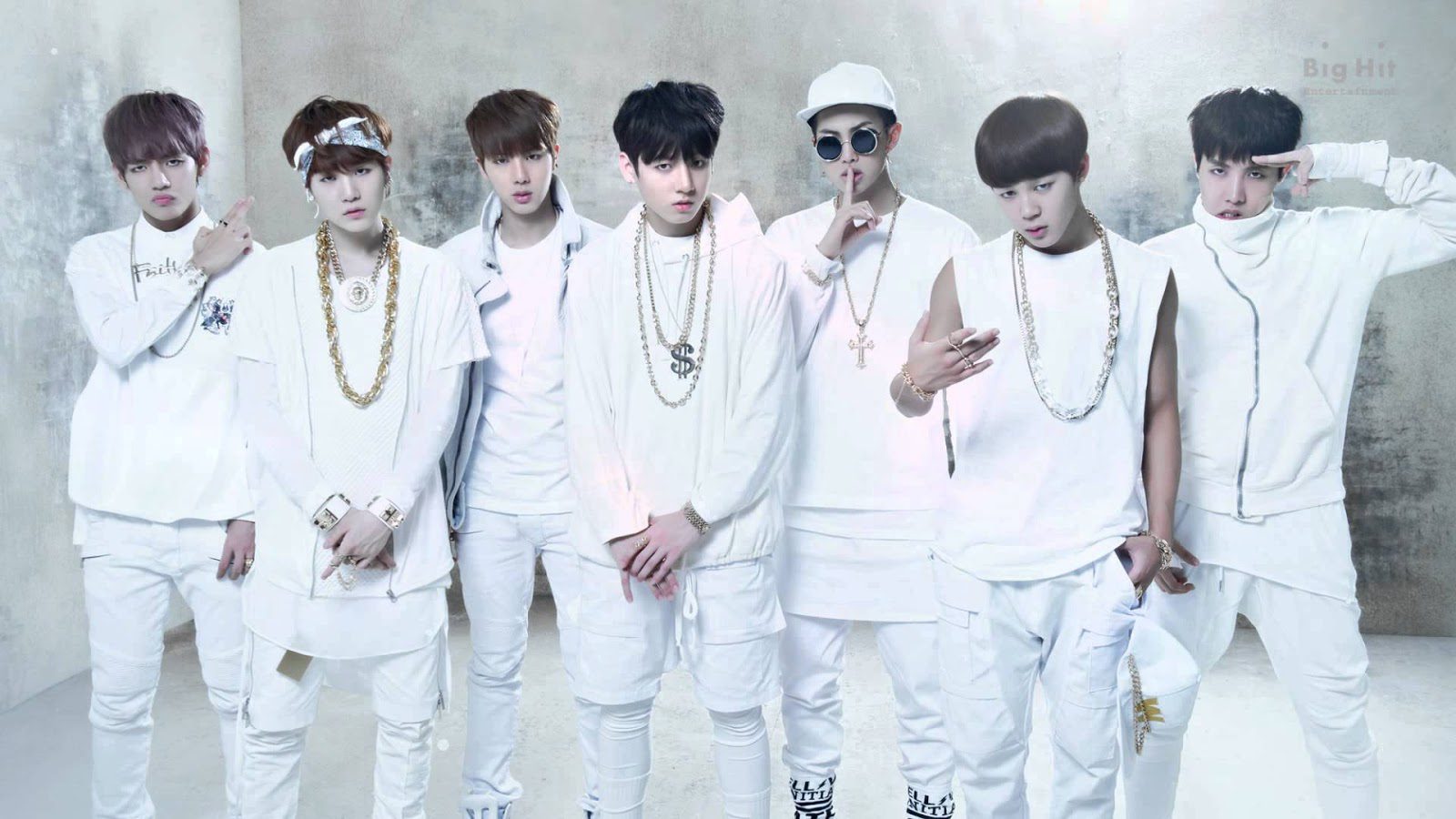 Here comes the 2nd Mini Album in the list of all BTS albums in order, and it was released on February 12, 2014. The album showed various sides of the musicality of BTS, and it had ‘Boy In Luv’ as the lead single of the album. This BTS album is also the culmination of the “School Trilogy,” where they usually focused on school life and the problems which the students face. But this album focused on a lighter and cute concept of school romance. The tracks in this album are- 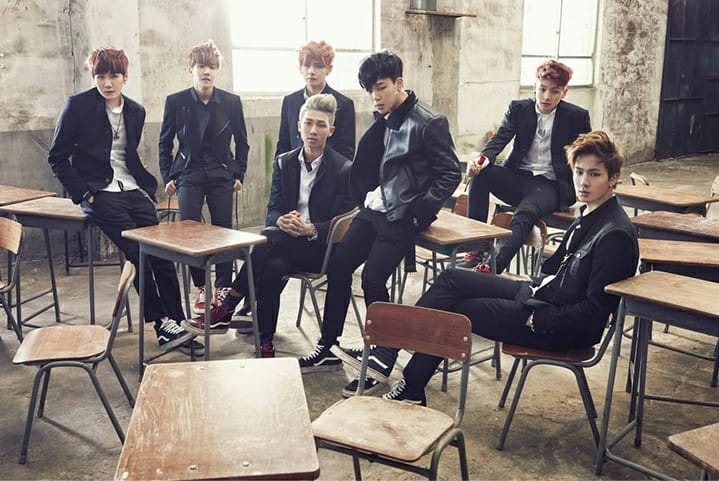 As we are talking about all BTS albums in order, how can we miss this beautiful special addition? The album was released on May 13, 2014. This album has all the songs of the ‘SKOOL LUV AFFAIR’ album, but it also has additional songs like ‘Miss Right’, and ‘I Like It (Slow Kam Remix)’.

As we know, Kpop groups also release the Japanese versions of their songs and BTS released their Japanese album as well on June 4, 2014. The tracklist of the album is-

Right after the release of the ‘No More Dream’ Japanese Album, BTS released their ‘Boy In Luv’ Japanese album on July 16, 2014. The songs in this album are-

Now comes the first full-length album in the list of all BTS albums in order. The album was released on August 19, 2014. This time the group returned with a dark concept which tells about the feelings of anger when the person that they love test their feelings for her. The album has tracks that shoe different genres of hip-hop like West, South, Trap, and Boom Bap. It has ‘Danger’ as its title track. The tracks in the album are: 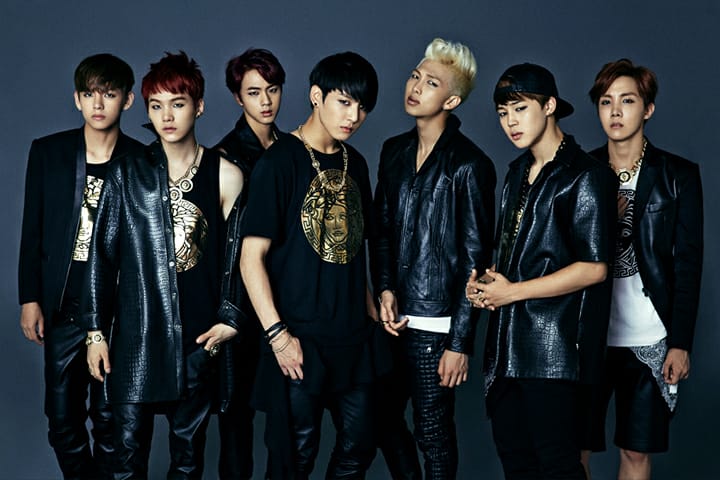 This ‘Danger (Japanese Album)’ was released on November 19, 2014. This album consists of these songs-

This album was released on December 24, 2014, and it is the first album where BTS released an original Japanese song that was not made from a Korean version of their songs. The album consists of the following songs-

THE MOST BEAUTIFUL MOMENT IN LIFE PT. 1

Here is the third mini-album in the list of all BTS albums in order, which was released on April 29, 2015. This album was a big turn in their career because of the songs like ‘I Need You’ and ‘Dope’, and they started receiving more international recognition. the songs of the album include: 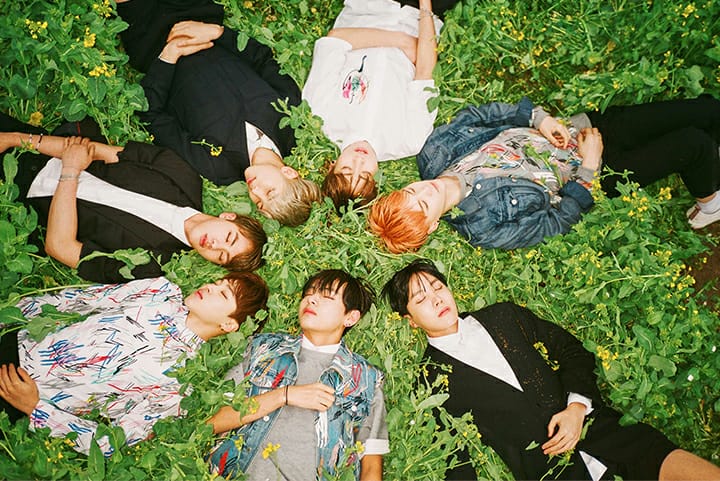 BTS ‘THE MOST BEAUTIFUL MOMENT IN LIFE PT. 1’

FOR YOU (Japanese Album)

Now comes the album which melted our hearts. FOR YOU was released on June 17, 2015. It has ‘For You’ as its title track which has a soft and romantic concept. The tracks of the album are-

THE MOST BEAUTIFUL MOMENT IN LIFE Pt. 2

This is the fourth mini-album, and it was released on November 30, 2015. BTS again proved how they are multi-talented because, in the song ‘Run’, most of the members participated in the writing process as they wanted to provide a comfort song for their fans. the album includes the following songs- 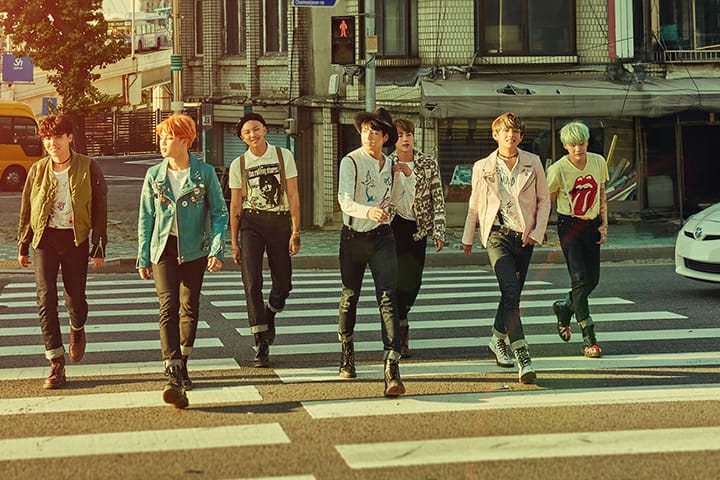 BTS ‘THE MOST BEAUTIFUL MOMENT IN LIFE Pt. 2’

I NEED YOU (Japanese Album)

The album was released on March 15, 2016, including the songs ‘RUN (Japanese Ver.)’, ‘Butterfly (Japanese Ver.)’, and ‘Good Day’. ‘Good Day’ again is an original Japanese song and is a beautiful comfort song that never fails to bring a smile to the faces of ARMYs.

THE MOST BEAUTIFUL MOMENT IN LIFE: YOUNG FOREVER

Now comes the album, where we get a roller coaster ride of emotions. The album is the first special album which was released on May 2, 2016. Where ‘Fire’ can get you all hyped up, we have ‘Epilogue: Young Forever’, which will always make you emotional, and then comes the song ‘Save Me’, which screams our feelings whenever we go through a gloomy phase Overall, this album is packed with amazing songs and is very close to our hearts. The album consists of many tracks, namely-

The album was released on September 7, 2016. The tracks of the album are:

Let us welcome the legendary Wings era in the list of all BTS albums in order. The album was their 2nd full-length album was released on October 10, 2016. The album had a big contribution in their fame, especially their song ‘Blood Sweat & Tears’. The tracklist of the album is- 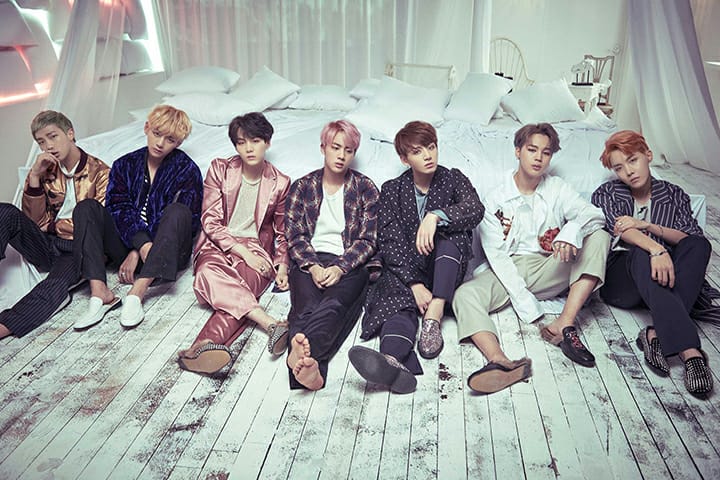 Here is the 2nd special album in the list of all BTS albums in order, which was released on February 13, 2017. The amount of love ‘Spring Day’ of this album has received cannot be worded as it will forever be a part of our calming playlist. The tracks of the album include- 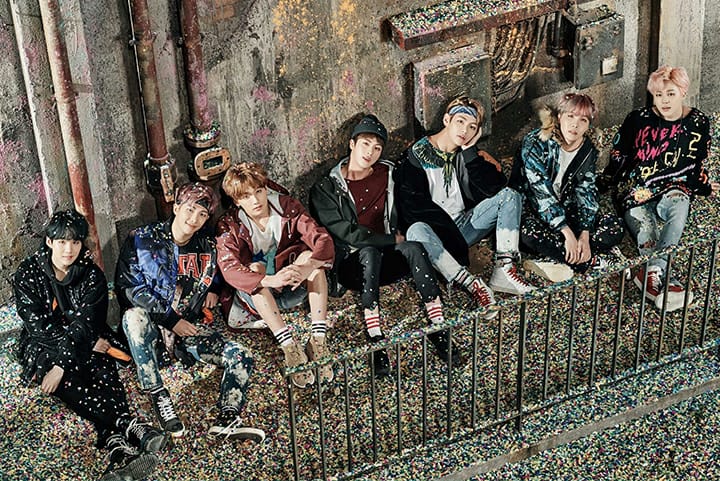 This album starts the ‘Love Yourself’ trilogy and is the 5th mini-album that was released on September 18, 2017. The concept of the album was mainly about love, along with a coming-of-age tale. BTS also became the first K-pop group that got nominated and even won an award on the Billboards in 2017. The album includes tracks like: 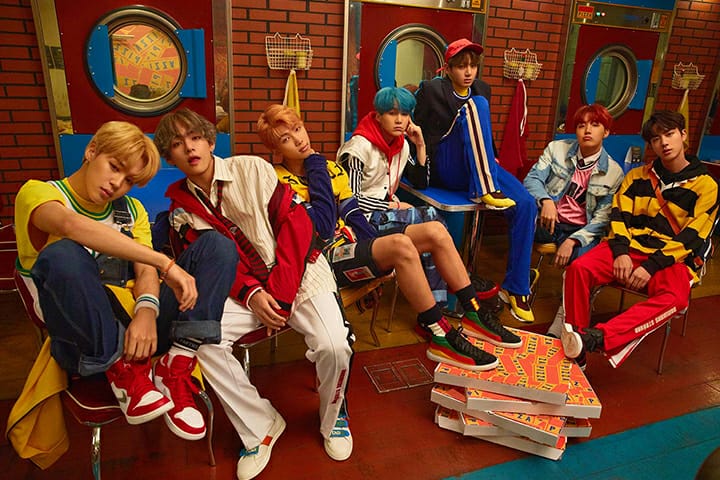 BTS ‘LOVE YOURSELF: HER’

This album has been widely loved because it contains 3 original Japanese songs, which became highly popular. The album was released on April 4, 2018. The songs on the album are-

This is the 3rd full-length BTS album which was released on May 18, 2018. The album talks about loss and separation. BTS again won an award in the Billboards in 2018 too and even performed ‘Fake Love’ in the award function. The album has songs like- 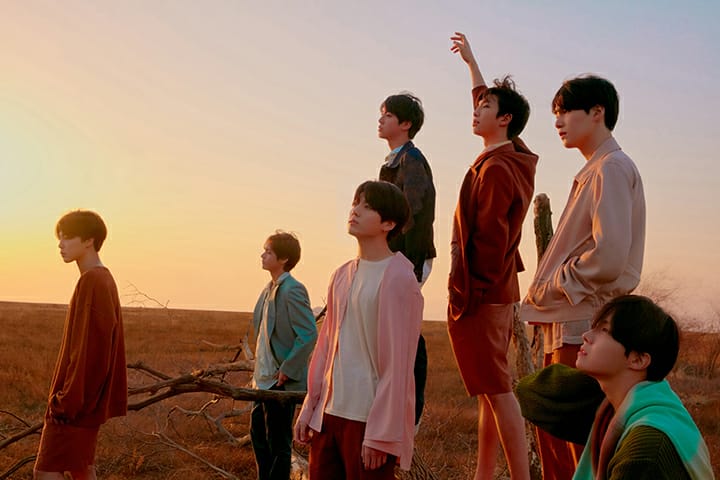 This is again one of the most beautiful albums among all BTS albums and is very close to ARMYs hearts as it talks about how loving yourself is where true love begins, and it promotes the ‘Love Myself’ concept. The album is a repackage album and was released on August 24, 2018.

The songs in CD A include:

The songs in CD B include: 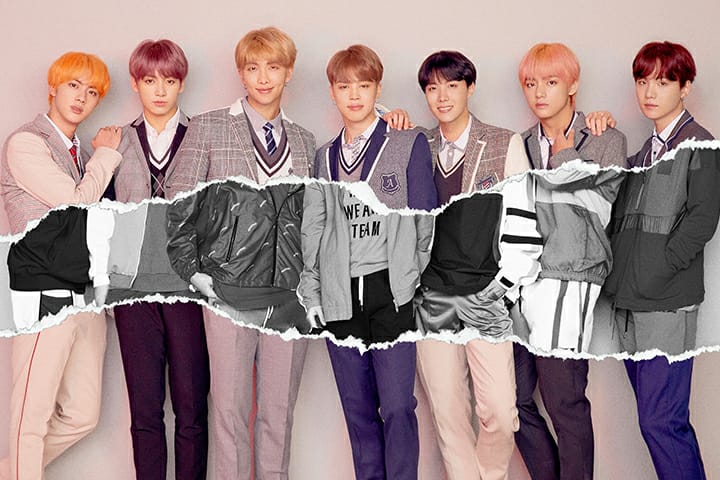 MAP OF THE SOUL: PERSONA

Here comes the 6th mini-album in the list of all BTS Albums in order, which was released on April 12, 2019. The album majorly is about the joy of finding love, and the group wants to share this message with all their fans. The songs in the album include- 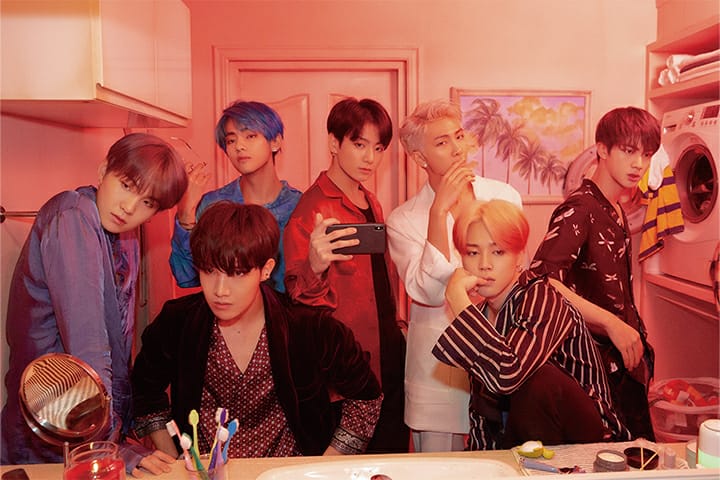 BTS ‘MAP OF THE SOUL: PERSONA’

This is the 4th full-length BTS album which was released on February 21, 2020. The album tells the story of the band and their seven years spent together as a group. The songs in the album include- 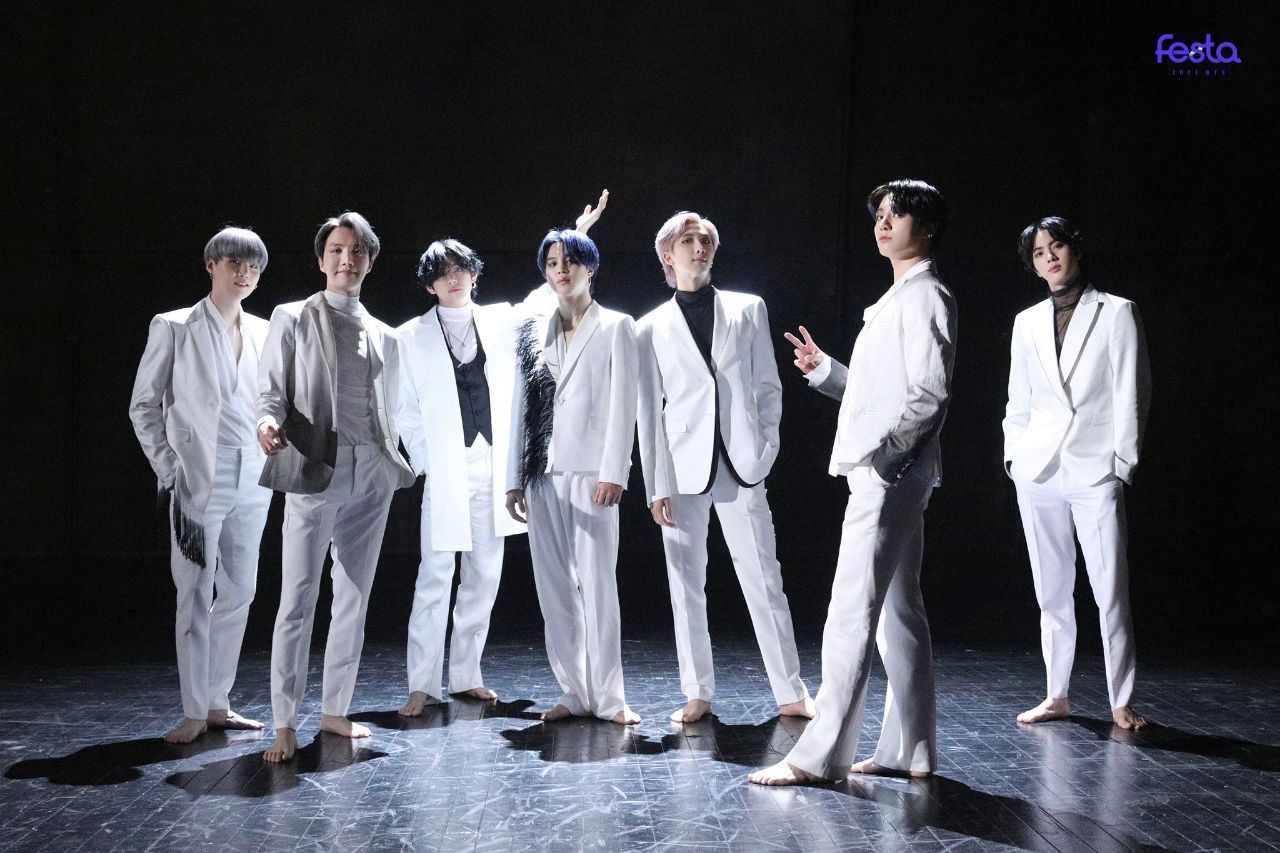 MAP OF THE SOUL 7: THE JOURNEY (Japanese Album)

This album was released on July 14, 2020. It also had amazing songs like ‘Stay Gold’, and ‘Your Eyes Tell’, which blew everyone’s mind. Other songs of the album are-

This is the BTS album where the group was immensely involved in the making of the album and the music video. It also includes the digital single ‘Dynamite’ which became the first K-pop group to top the Billboard Hot 100 chart and also the first K-pop act to be nominated for the Grammy Awards. Other songs on the album are- 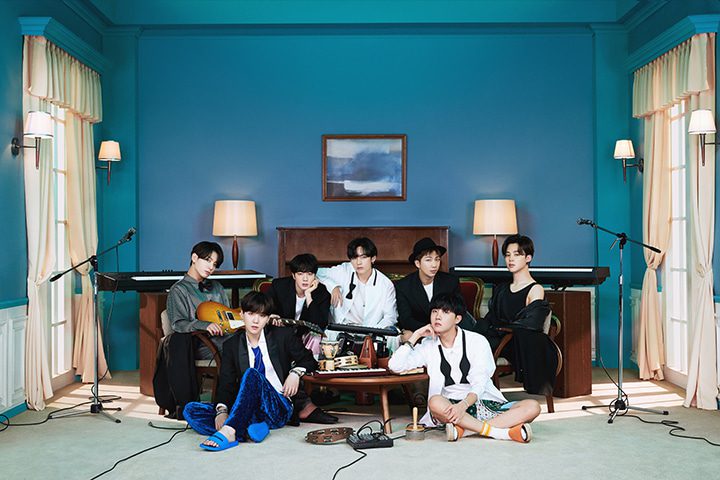 BUTTER and PERMISSION TO DANCE

‘Butter’ is again a digital single released by BTS on May 21, 2021, which again gained immense popularity as it also topped the Billboard Hot 100 and was nominated for the Grammy Awards. ‘Permission To Dance’ again was a big gift for the ARMYs, and people still love the song. 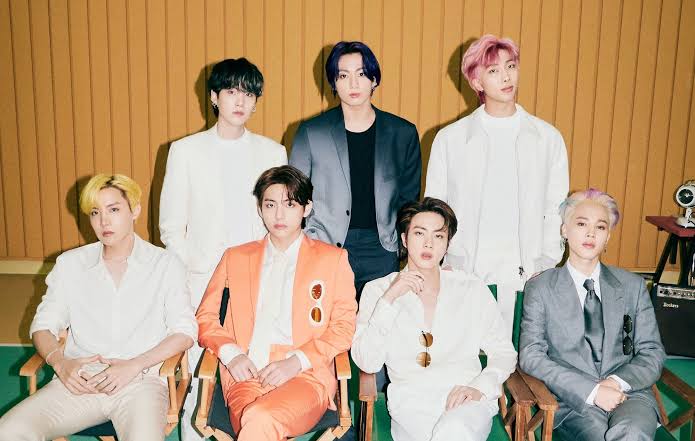 Coming to the newest album which has made everyone excited and nostalgic at the same time. ‘Proof’ is the new anthology BTS album, which was released on June 10, 2022. The album is about the history of BTS and their journey along all these years with ARMYs. The album comprises three CDs.

The first CD consists of the songs:

The third CD consists of the songs: 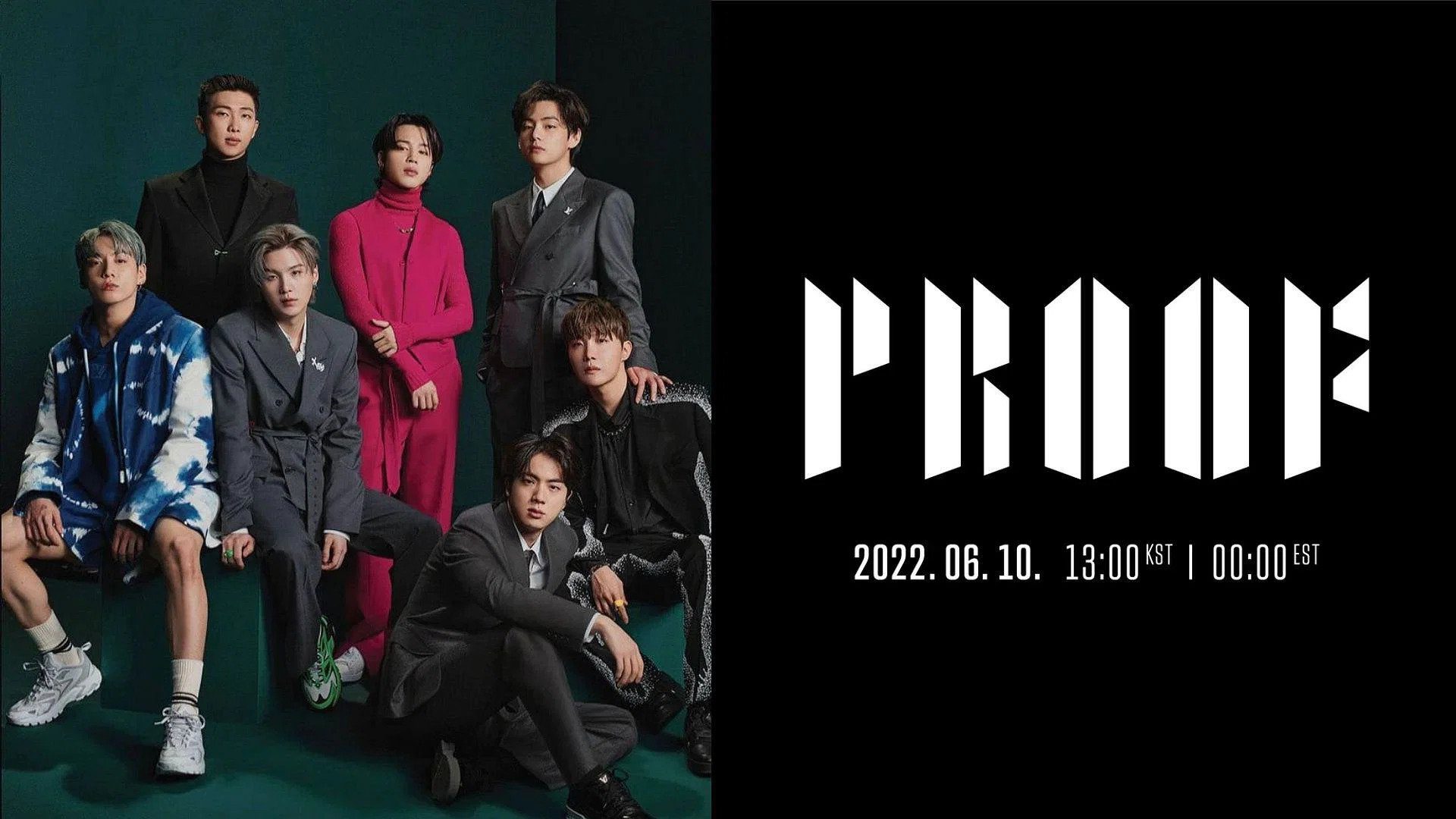 BTS ‘Proof’To sum up, BTS has been working extremely hard to make music and communicate through their music all over the world. Fans are always excited and waiting for what next will the boy band do next to surprise us.