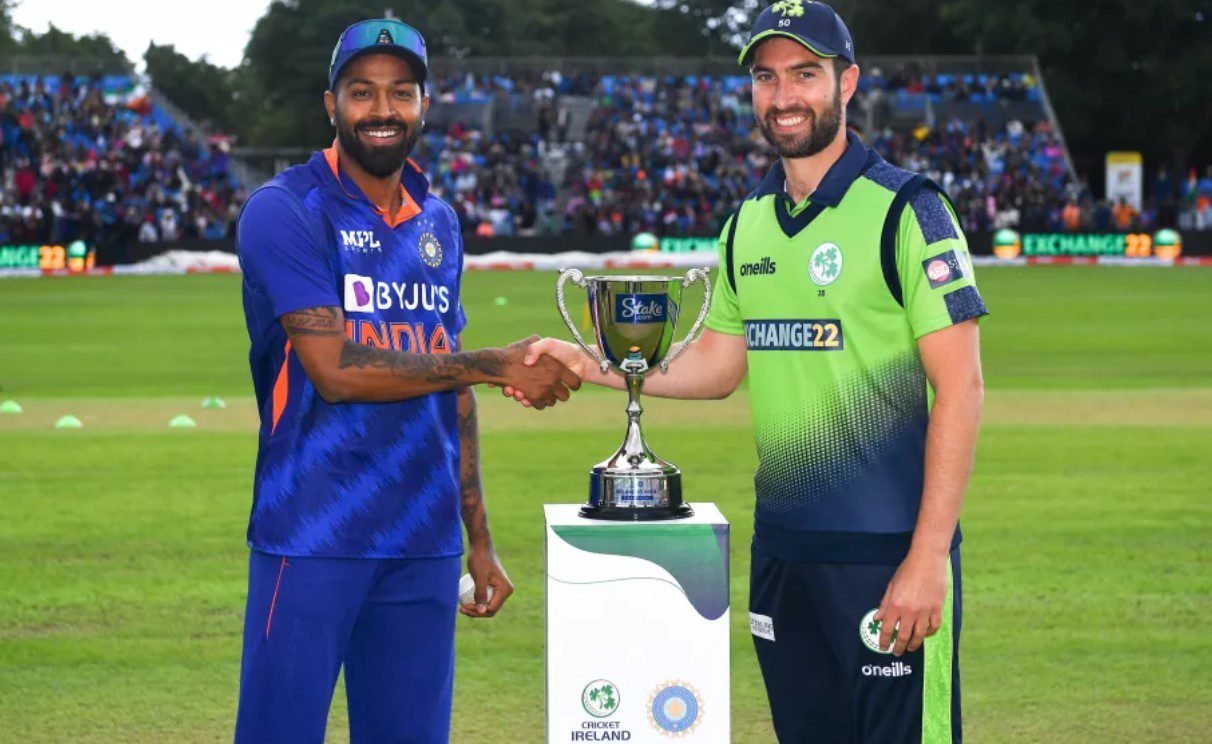 Where to Watch India Vs Ireland?

Cricket fans! Time to gather up as there are some heated matches coming your way. That’s right, the India vs Ireland game is coming along. And you might be wondering where to watch India vs Ireland? Well, then, no worries, as we got you covered. For after you read our article, you will know where to watch this upcoming cricket match. That way, you won’t miss any of the actions.

The second T20I of Ireland’s two-match series against India is set to take place on Tuesday at Malahide Cricket Club Ground in Dublin. India has already won the first game and will be seeking to win the bilateral series in the second game as well. India won the first game by seven wickets on Sunday. So, when is the next game? And where to watch it? Well then, come with us, and we will tell you all about it. Let’s go!

These two are about to clash!

How To Watch Ireland vs. India 2nd T20I in India?

Sony Sports Network will broadcast the T20I series between India and Ireland. The second T20I will be televised live on Sony Six and Sony Six HD. The game will also be streamed live on the SonyLIV app and website. The game is set to begin at 9 p.m. IST in India. Sony Liv will be streaming the matches if you prefer to watch on an app or website, but you’ll need a premium subscription to watch the cricket live, which costs Rs 999 for a year, Rs 699 for six months, or Rs 299 per month.

Jio customers can watch the series for free using the JioTV mobile application. Anyone outside of India who wishes to see their home cricket coverage can do it by purchasing a reliable VPN and following the guidelines above.

How to Watch Ireland vs. India 2nd T20I in the UK?

The T20I series between Ireland and India is being broadcast on BT Sport in the United Kingdom. The second T20I will be shown on the channel in Ireland and other parts of Europe. The game will be streamed live on Ireland Cricket’s official website. Live streaming is available at www.livestream.com/CricketIrelandLive. The game is set to begin at 4.30 p.m. in the United Kingdom.

Where To Watch India Vs Ireland In The USA?

How Are Both Teams Gearing Up?

Most current national cricket teams have multiple playing squads available at all times. We saw this lately when England played an ODI and a Test match series at the same time. The same is true for Team India. While the senior team prepares for the postponed fifth test match in England, the limited-over specialists will play two T20I matches in Ireland.

Though both teams are preparing for the 2017 World Cup, Ireland may wish to test their mettle against one of the world’s best batting and bowling lines right now. However, these are different circumstances, and Ireland would aim to put up a fight against a full-member opponent – a rare occurrence. When it comes to the teams, Ireland will turn on skipper Andy Balbirnie and experienced Paul Stirling to be their batting mainstays.

Tough For India, Tough For Ireland, No Easy Match

The Indian team faces a slightly more difficult challenge to tackle. Hardik Pandya will head the national team for the first time, with Rohit Sharma and Rishabh Pant in England and KL Rahul out injured. It appears that Team India is also putting its captaincy talents to the test.

Hardik reached a purple patch with the bat and the bowl during the recently concluded IPL. His captaincy abilities were similarly excellent. If he does well in his limited opportunities, he could make a case for divided captaincy. But only time shall tell. With nothing to lose, the Indian squad may want to give youngsters like Arshdeep Singh, Deepak Hooda, Ravi Bishnoi, and Sanju Samson a chance. Aside from them, the think tank may wish to offer excellent players such as Rahul Tripathi, Umran Malik, and Arshdeep Singh an opportunity to play in national colors.