Let’s talk about Keep Breathing Ending Explained. The survival drama “Keep Breathing” from Netflix centers on a woman. Liv is a New York-based attorney who dedicated her full attention to her work. When she learns that Liv has abruptly left without informing anyone, her friend becomes concerned because she has never taken a vacation. Liv becoming lost in the middle of the forest with no way to contact anyone who can assist her complicates matters further.

The emphasis of the series is Liv’s struggle for survival. She benefits greatly from her common sense and some knowledge she acquired during her time in the Girl Scouts. However, things turn out badly for her because she suffers wounds that would normally be fatal. We have all the information you need if you’ve been wondering what will happen to Liv and what it means for her future.

Liv’s flight is a day late, and she must travel to Inuvik. She jumps at the chance to travel on a plane with two strange men because she needs to meet someone who won’t stay in one place for more than a day. When the plane crashes, both men perish, and she discovers they weren’t who they claimed to be, she makes a bad choice. They are not the kind of people someone would look for, and since Liv never revealed her whereabouts, nobody would be interested in finding her. 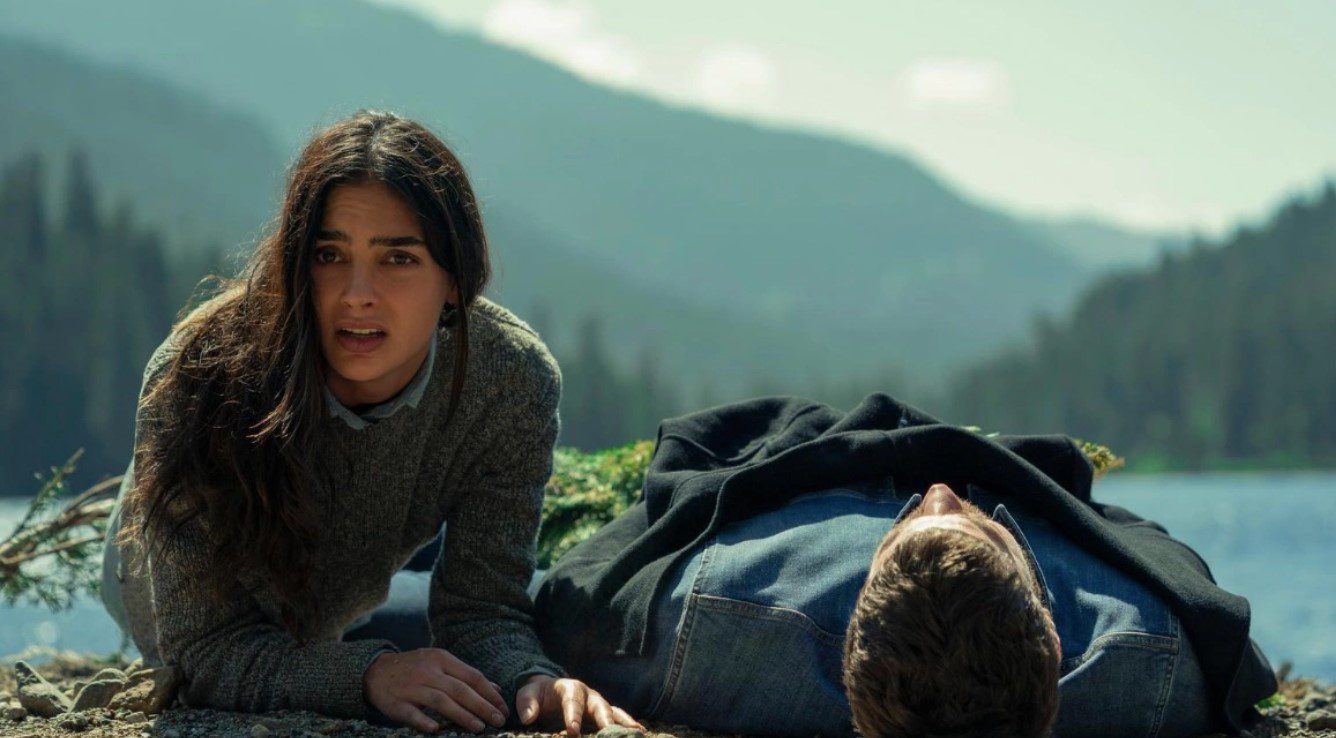 Liv uses her cunning and quick thinking to survive when she is alone in the middle of a forest without any indication of civilization. She experiences hallucinations, fears being attacked by a bear, and remembers everything that motivated her to take the trip and land in the wilderness. After giving it some thought, she chooses a direction in which she hopes to come across a settlement or, at the very least, a single person who can assist her. She loses her belongings and gets lost a few times, and things only seem to get worse from there.

Liv is a person who works hard. She persists regardless of the circumstances. It becomes apparent throughout the series that she will take any measures necessary to locate civilization and save herself. Things seem to work out for her with a lot of luck and quick thinking. She still has to fight to stay alive, but at least she is still alive compared to the two men she traveled with. No matter how hopeless things may appear to be, Liv always manages to find a solution. In doing so, she demonstrates her resourcefulness and demonstrates to the audience why she excels at her job back in New York.

She is ultimately left with nothing, though. She has no water or resources she had brought from the crash site because her bag was left in the cave. She only has her mother’s postcards in her luggage and is traveling empty-handed. She is dehydrated and starving, and one of her legs is broken. She cannot continue walking for very long and cannot see a single person. The river blocking her path is another issue. She cannot cross it, so she is currently confined to one location. She sees a vision of her father, who gives her some closure regarding her mother and demonstrates that she won’t necessarily end up like her.

Liv eventually overcomes her remaining fear and decides to try to be discovered by someone. She wades into the river holding the postcards close, and uses the log to help keep her afloat. She is carried far downstream by the river, losing both the log and the postcards. Her entire life flashes before her eyes as she recalls all the happy and sad moments, all the decisions she made, and the effects those decisions had on her.

Two people find her just as it seems she will inevitably drown in the river, and no one will ever know what happened to her. She is unconscious when they pull her out of the water. She already had some injuries, but she also got some more in the river. The hypothermia issue and all the water she ingested while bobbing up and down in the water are additional concerns. The men eventually give up after a few tries, but Liv persists. Despite being severely injured, she is still able to breathe. Just before the picture goes black, Liv wakes up, letting the audience know she has survived despite all odds.

Are Liv and Danny a couple?

Liv experienced many bad things, which caused her to isolate herself from others. Liv doesn’t allow anyone to get close to her because she believes that because her mother abandoned her, everyone else will do the same. But then Danny enters her life, and things start to look up. She laughs, dances, and enjoys herself, but she starts to push him away as soon as she feels abandoned. She abruptly breaks up with him just as things begin to go well.

She considers her time with Danny as a source of comfort as she experiences the events that defined her life while trapped in the wilderness. Although they are both strongly attracted to one another, she begins to regret keeping her guard up and preventing him from approaching her. She had been concerned that she might resemble her mother. As her mother did with her father, Danny would leave her, or she would leave him. Similarly, she is concerned that she wouldn’t make a good mother and might steer her child toward the same path her mother did. But in the end, she realizes she is doing the same thing to avoid becoming like her mother.

Liv stuck out in the sticks

She consequently sees a glimpse of her future as she floats in the river after her life flashes before her eyes. Before, she’d been having hallucinations of Danny, but after talking to him, she understood that he could have been wonderful support had she let him. He would have been a good father and listened to her issues. This also reassures her that none of her self-doubts were particularly convincing. She would make a good mother as well if she tried. And how would that appear? She had been mired in the past all this time, but now that she has a glimpse of the future, she sees that it has the potential to be positive—but only if she lets it. She could be happy being with Danny and raising a child with him.

Although Liv’s exact circumstances following her rescue are unknown, it can be assumed that she returned to New York with a new outlook on life. She returned to Danny and began living the life she had imagined during what appeared to be her last moments in the river. She could break free from her mother’s influence on her life and blossom into her own identity.