Julianne Hough is quite a popular actor and dancer. She had always been passionate about dancing. It was her stint in ABC’s Dancing With The Stars that made her very popular. Julianne got the honor of being nominated thrice for the prestigious Emmy Award for Choreography.

Julianne won the award in 2015. Julianne’s brother Derek is also a popular dancing figure. Julianne then got the chance to judge Dancing With The Stars. Later she also appeared on America’s Got Talent as a judge. Her love life has also been a subject of curiosity.

Julianne was in a long-term relationship with Brooks Laich. They got engaged in 2015, and in 2017 they tied the knot. Julianne and Brooks’s love life was going smoothly until 2019. Julianne revealed one of the biggest secrets of her life. This would turn things upside down. 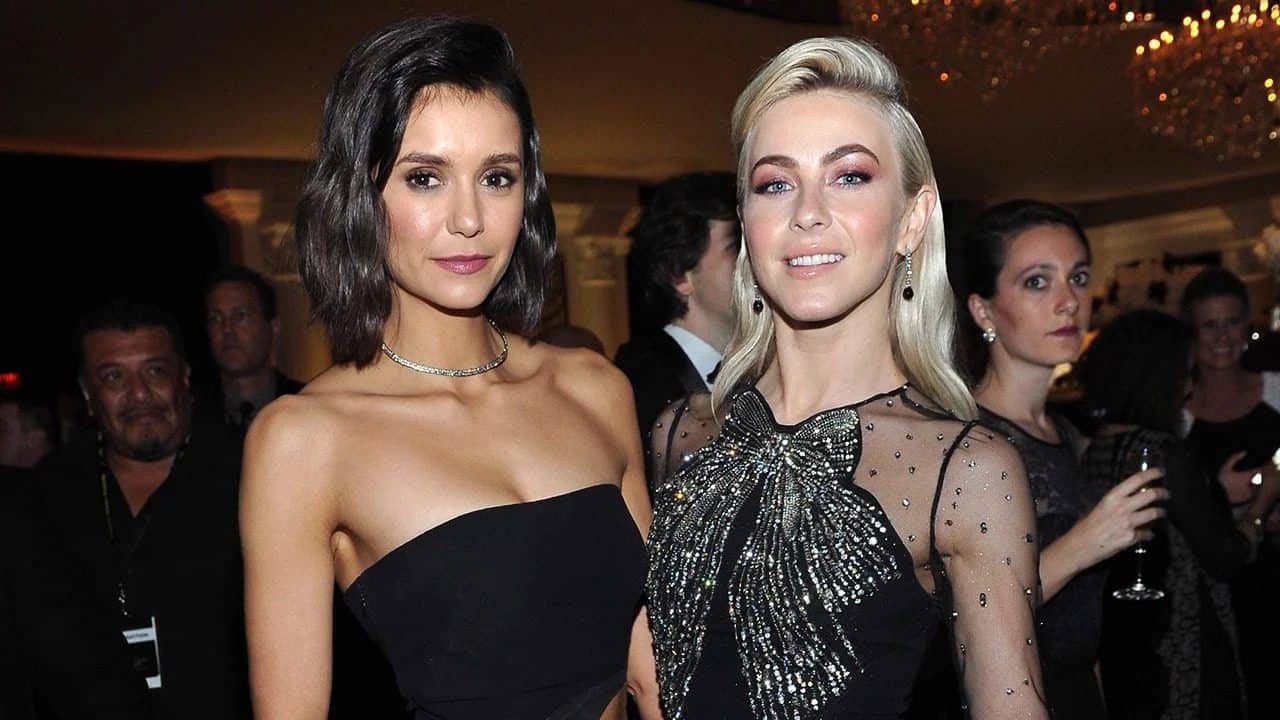 Julianne Hough & Nina Dobrev seem to be dating in 2023

Though Julianne hasn’t spoken or provided any update about her relationship status, the rumors suggest it strongly that she is in a relationship with Nina Dobrev. Nina is a popular Canadian actress who is well-known for her performance in CW’s  The Vampire Dairies.

Nina and Julianne have been the closest buddies for a long time. They both have supported each other during vulnerable times. Nina and Julianne aren’t just friends. They are business partners too. A month back, they launched a wine business. Both have been working hard to make their business a success. 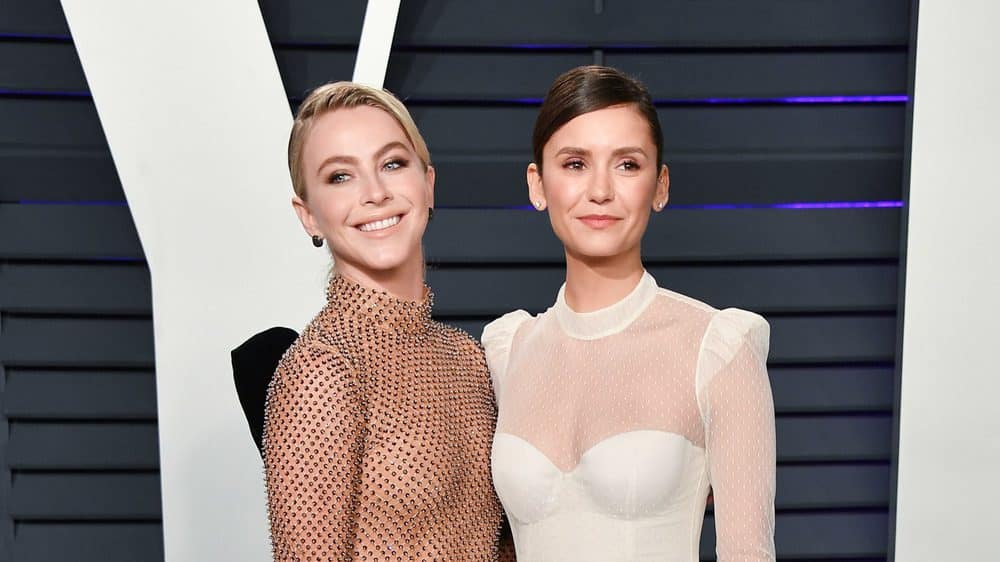 Julianne Hough revealed in 2019 that she is not straight

Nina hasn’t revealed her sexuality. But since Julianne is not straight and both have been hanging out together for years, it is likely that they both are partners. A few days back, Nina and Julianne appeared on Ellen’s talk show and opened their heart on various topics.

Julianne revealed in the talk show that she had taken Nina to ER multiple times. Nina has multiple allergies, and Hough makes sure that she takes her to the doctor whenever required.

Before Nina, Julianne had been linked with many men. She married Brook Laich in 2017. She has also been linked to popular actor Ben Barnes. We will peep into the relationship between Hough and Brook. And why did they part ways?

Julianne had been part of many casual relationships. None of these lasted really long. But it was in 2014 when she got in touch with Brooks Laich. Laich used to play hockey for the Washington Capitals. Hough was in a seminar with her family when she met Brooks.

They both connected to each other instantly. In 2014 it was confirmed by Laich that they both were dating each other. They started posting pictures of their love story on Instagram. Julianne would always be singing praises for Laich in various interviews. 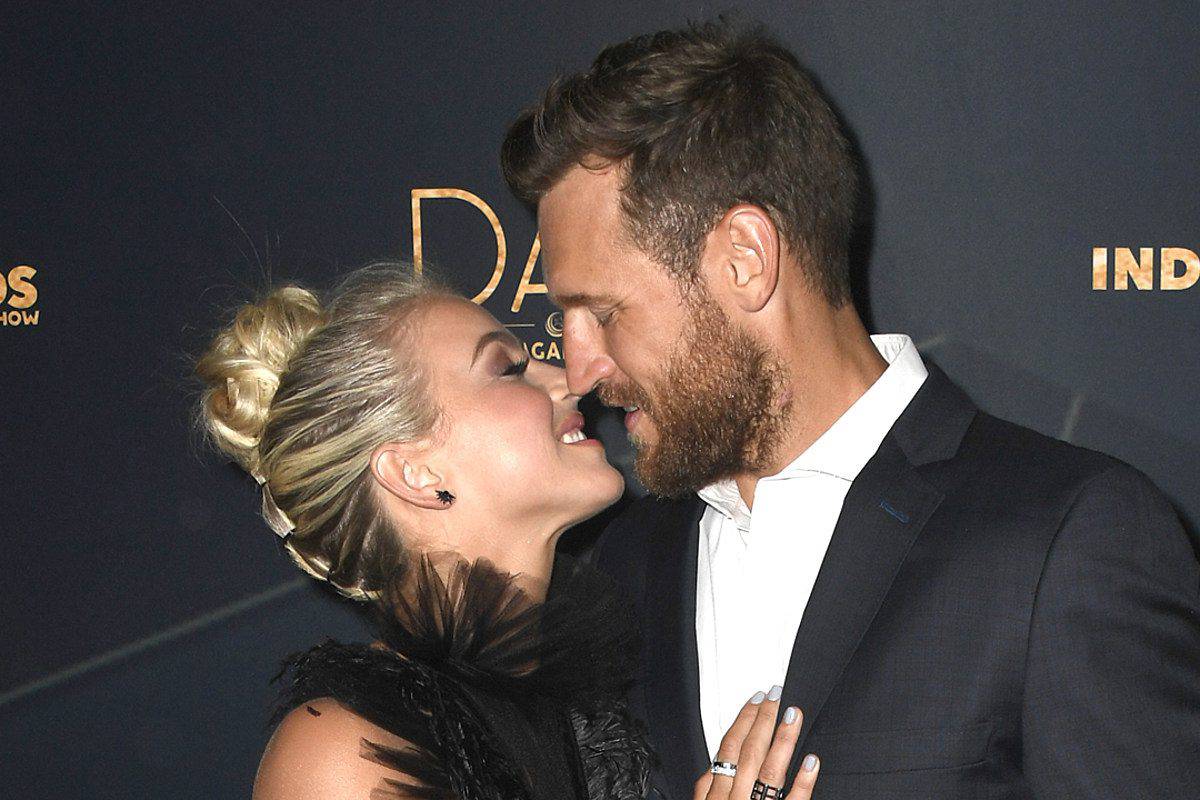 She mentioned how she could be so comfortable and happy when she was around Laich. Even Laich told the media that he felt incredibly lucky to find Julianne. The couple got engaged in 2015. Hough’s family was very supportive of this relationship, especially Hough’s brother Derek.

Though problems started stemming due to their different professions and a long-distance relationship, their love story continued. In 2017 both married each other. In an interview, the couple revealed that it was the best decision of their lives to tie the knot. 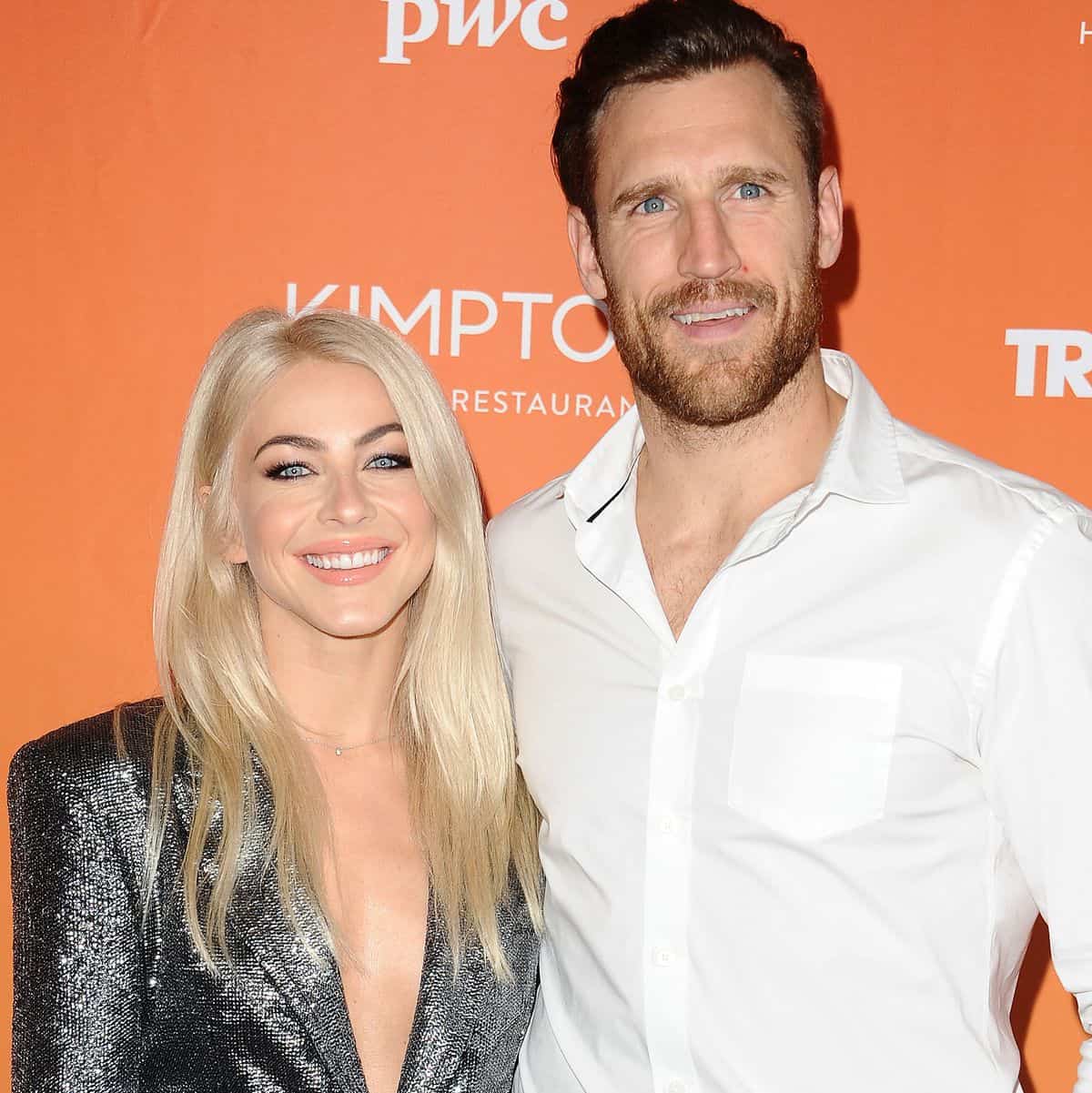 Julianne revealed in 2019 that she was not straight. She had revealed the same to Laich. He was initially taken aback, but Julianne told the media that Laich was being supportive. Infact the revelation about her sexuality made Laich appreciate her even more.
But things were not as rosy as Hough revealed to the media. Eventually, they both had to seek the services of a sexologist to save their troubled marriage. Hough said that this was the correct decision as it could help save her marriage. Later they both decided to use IVF and become parents. Julianne hough has been linked with many men.

In late 2019, rumors about their troubled marriage started rising. Hough stopped wearing her wedding ring in public events. When the pandemic started, they both started staying away from each other. Soon the troubles peaked, and finally, in May 2020, they announced a breakup.

It was not made clear, but Hough’s sexuality was creating feelings of betrayal and suspicion in Laich’s mind. Soon they decided to seek divorce. And finally, in June 2022, Laich and Hough got officially divorced.

Also Read: Who Is Brooks Laich’s Girlfriend? All About His Dating Timeline